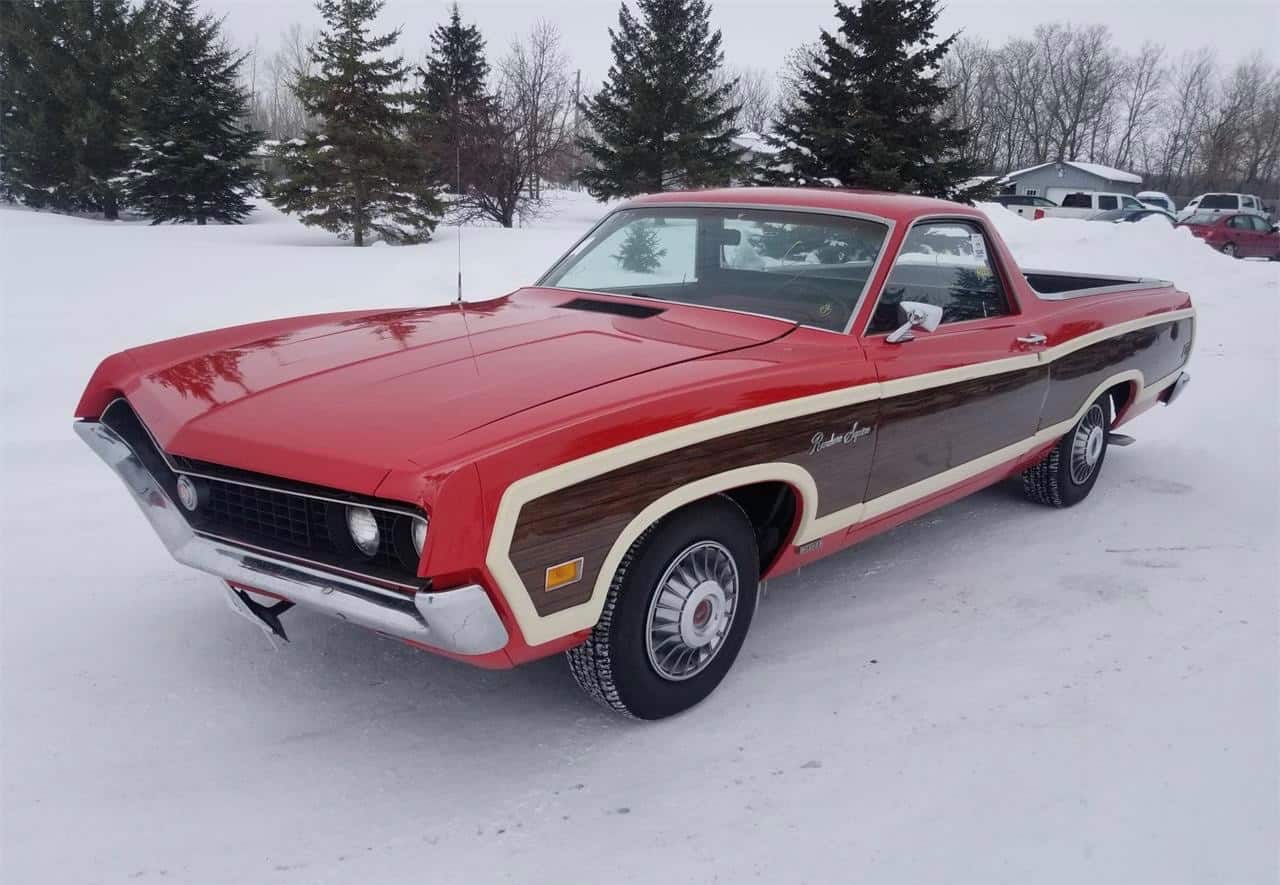 For the 1965 model year, Ford added a second car-based pickup truck to its truck line. This one also was called the Ranchero, but instead of being based on the compact Falcon platform, it rode on the chassis otherwise used for the mid-size Fairlane sedan.

Five years later, a new top-of-the-line model joined the Fairlane-based Ranchero mix in the form of the Ranchero Squire. One of them (fewer than 4,000 were produced), a 1970 Ford Ranchero Squire, is the Pick of the Day.

The Squire designation traces to the Country Squire station wagon-style wood-tone paneling on the truck’s body sides and tailgate. 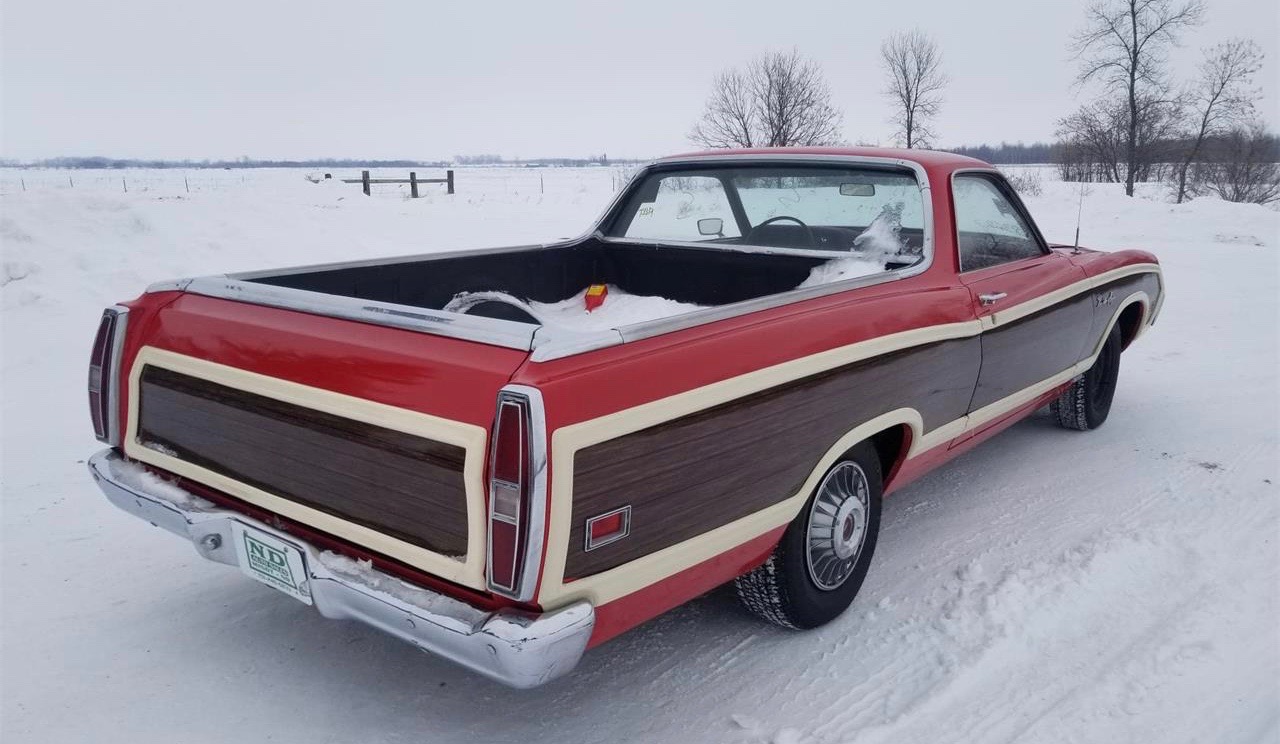 At the time, Ford claimed the Ranchero Squire was the “new ultimate in personal pickup luxury.”

According to the Standard Catalog of American Light-Duty Trucks, in addition to the distinctive exterior trim panels, the Squires were equipped with deep-pile wall-to-wall carpeting, wood-tone interior trim (including the steering wheel hub), an electric clock, deluxe grille with center crest, whitewall fiberglass-belted tires with deluxe wheel covers and special brightwork to hide the windshield wipers.

By being built atop the Fairlane chassis, the Ranchero could be equipped with various V8 engines, including the 429cid Cobra Jet. The one on offer in the advertisement on ClassicCars.com came with the optional 351cid V8.

The truck is advertised by a dealership in Thief River, Minnesota, which notes that it doesn’t know many details since, “This beauty came off a bank repossession sale this month.”

The advertisement does state that the 351 V8 is original to the truck and “We drove this car home from the sale. It drives nice at 60 mph. Starts, idles and shifts as it should.”

However, the dealership adds, “We would suggest the new owner take the gas tank out and clean it and put a new fuel filter in. It would run much better.

“This car hasn’t been driven regularly in a few years.”

The dealership also notes “some minor damage” to the driver-side door, and that the truck originally was gray but at some point was repainted in its brilliant red shade.

The dealership notes the exterior is in “good condition,” and the truck has an automatic transmission and cloth seats.