What Bob would take home from inaugural Mecum Arizona auction

Mecum Auctions has been eyeballing the fertile collector car market in the Phoenix area for some time, watching as no fewer than seven major auctions hold sales in January during Arizona Car Week, which is dominated by Barrett-Jackson’s monumental home-turf Scottsdale sale.

Now Mecum has arrived in the Valley of the Sun at last, only in March instead of January, when the auction company has a conflict with its biggest auction of the year in Kissimmee, Florida.   Mecum’s newest auction starts Thursday, March 14, in Glendale, just west of Phoenix, at State Farm Stadium, which is a full-scale football stadium where the Arizona Cardinals play their home games.

Mecum is looking to rack up a better record in Arizona than the Cardinals did this past season (don’t ask), and so far, all indications are favorable that the inaugural Arizona auction will score a touchdown.

So far, consignor turnout has been huge, which prompted the auction to expand from its original plan for two days of bidding with about 600 cars to four full days and 1,250 vehicles, including a dazzling contingent of classic motorcycles.  That really says something when the auction doubles in size before it even starts.

With its unique roll-out playing field that leaves a concrete floor for the car display and auction, the stadium seems like an ideal venue for the collector car sale. There also are loads of spectator parking and auction-car display areas around the stadium.

The stadium floor has room for the top-tier vehicles to be parked, as well as space for the auction stage and seating for bidders and spectators.  Overflow should not be a problem since the stadium boasts more than 60,000 seats.

Mecum has brought together a diverse collection of vehicles for its first Arizona sale, with lots of crowd-pleasing muscle cars, street rods, modern exotics and restored classics among them.  The queen of the auction is undoubtedly the spectacular 1932 Duesenberg Model J Rollston Torpedo Berline, which could sell into seven figures.

On Wednesday, many of the vehicles were still going through registration as Tuesday was a rare rainy March day in Glendale, prompting many owners to wait to check in.  But during the afternoon while I stalked the offerings searching for my favorites, most of the cars, trucks and motorcycles seemed to be in place, ready for bidding to start. The auction continues through Sunday.

While there were way too many interesting vehicles from which to choose, I narrowed them down to these that I would like to take home with me: 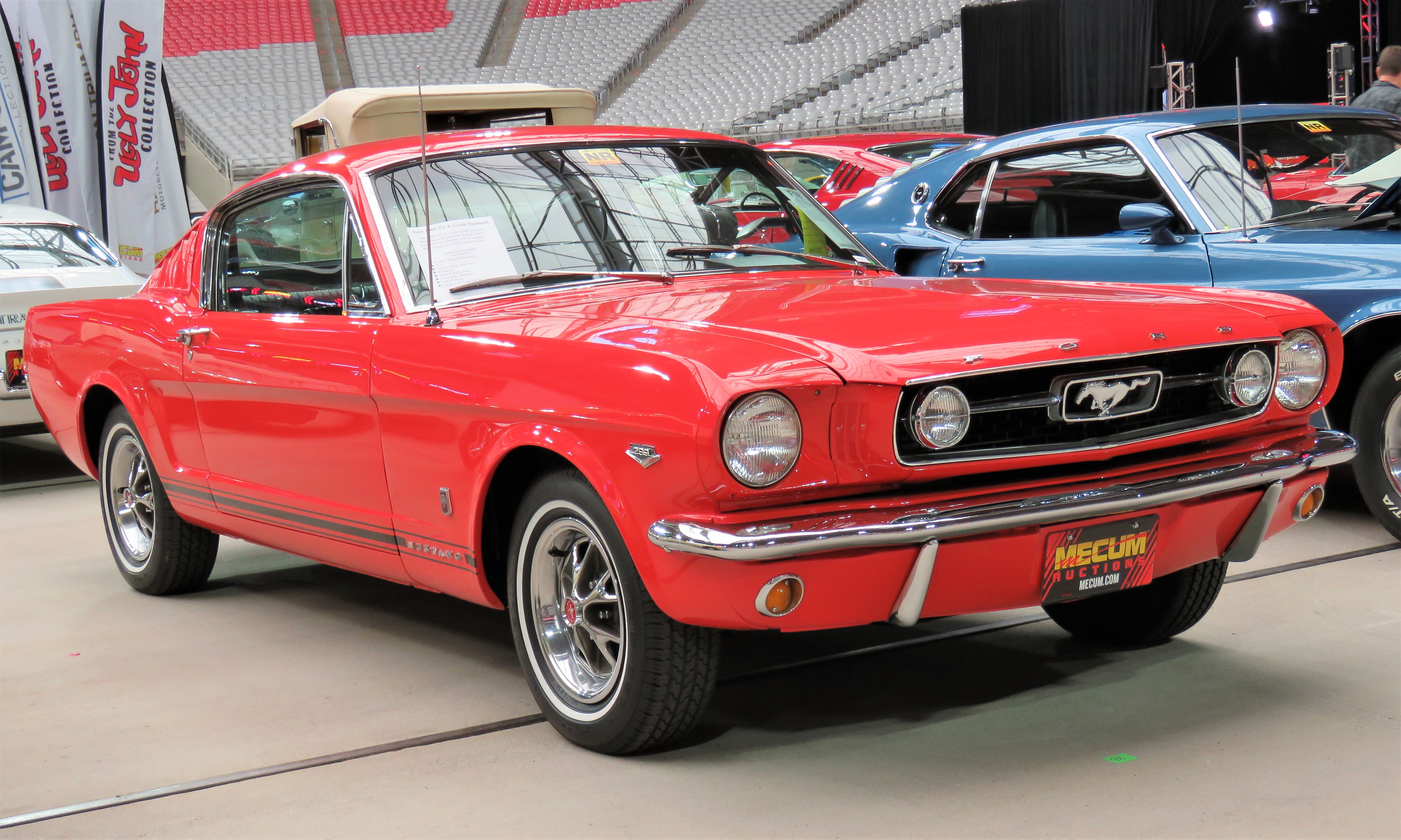 There are a good number of very-nice Mustangs, and a few Shelby Mustangs, among the contingent of Mecum cars, but this one parked inside the stadium caught my eye not only because of its vibrant orange hue (actually called Flare Red) but because it is a rare performance-tweaked K-code model. 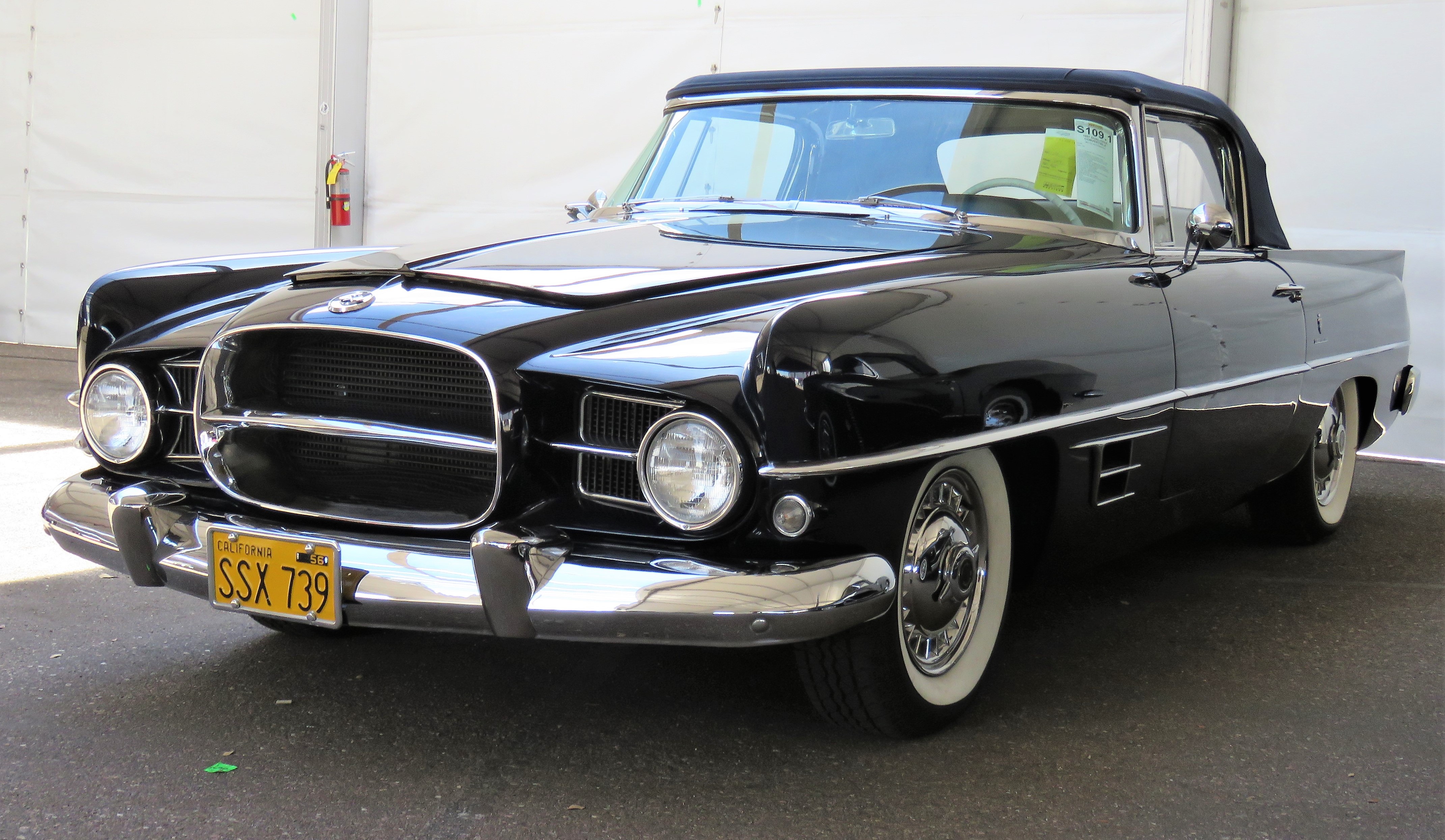 The stylish craft is redolent of the Rat Pack days, and this one actually had a role in the 1992 mini-series Sinatra.  Frankie, Dino and the guys loved these limited-production specials with bodywork by Ghia and power by Chrysler, a unique take on personal luxury with a touch of Italian pizzazz. 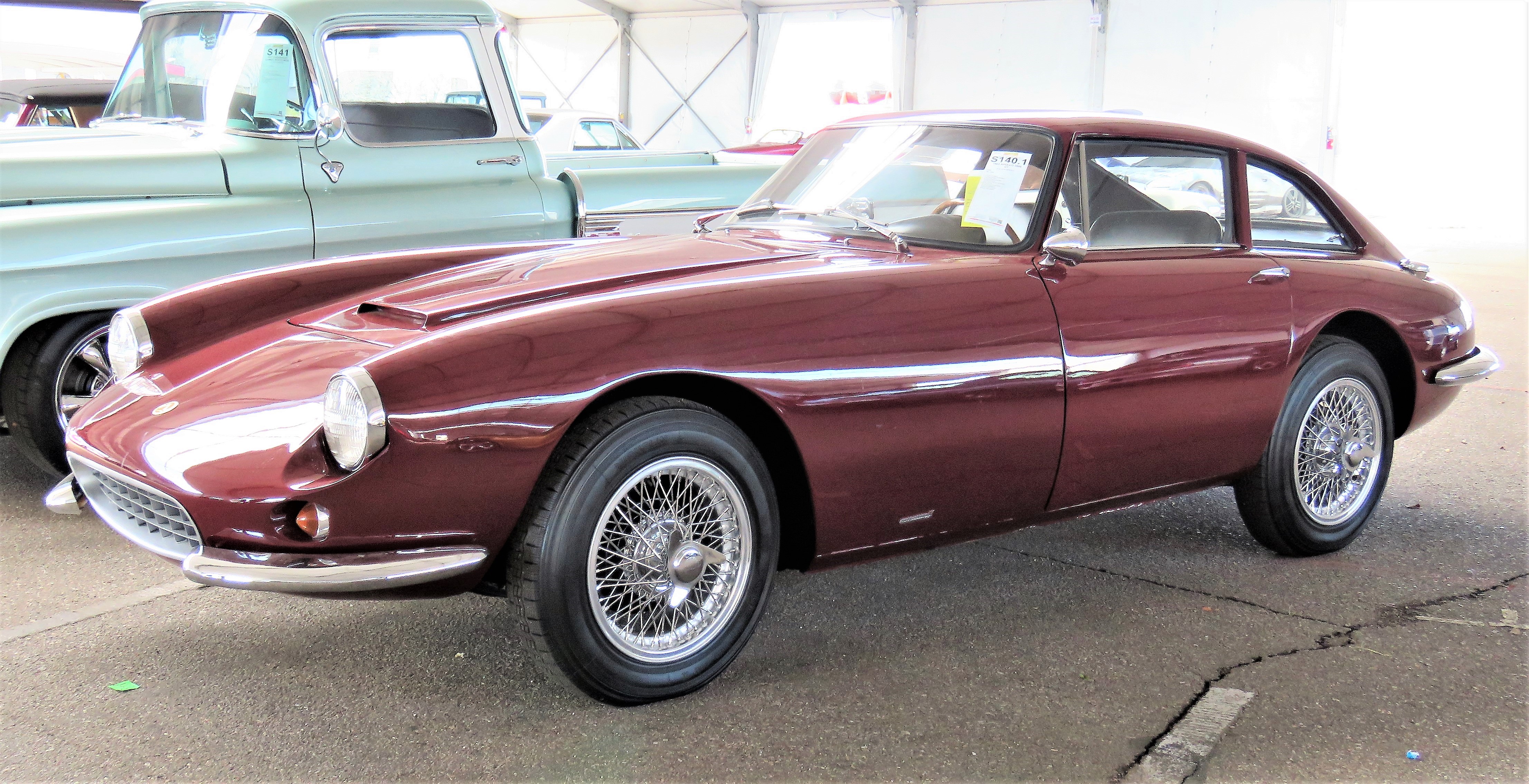 Here’s another piece of hand-built rarity, a shapely GT built by Carrozzeria Intermeccanica and powered by a small, aluminum Buick V8.  Just 80 of these beauties were built and, like the previous Dual-Ghia, the bodies were made in Italy although the car was assembled in Oakland, California.  These are special cars with loads of style, performance and rarity. 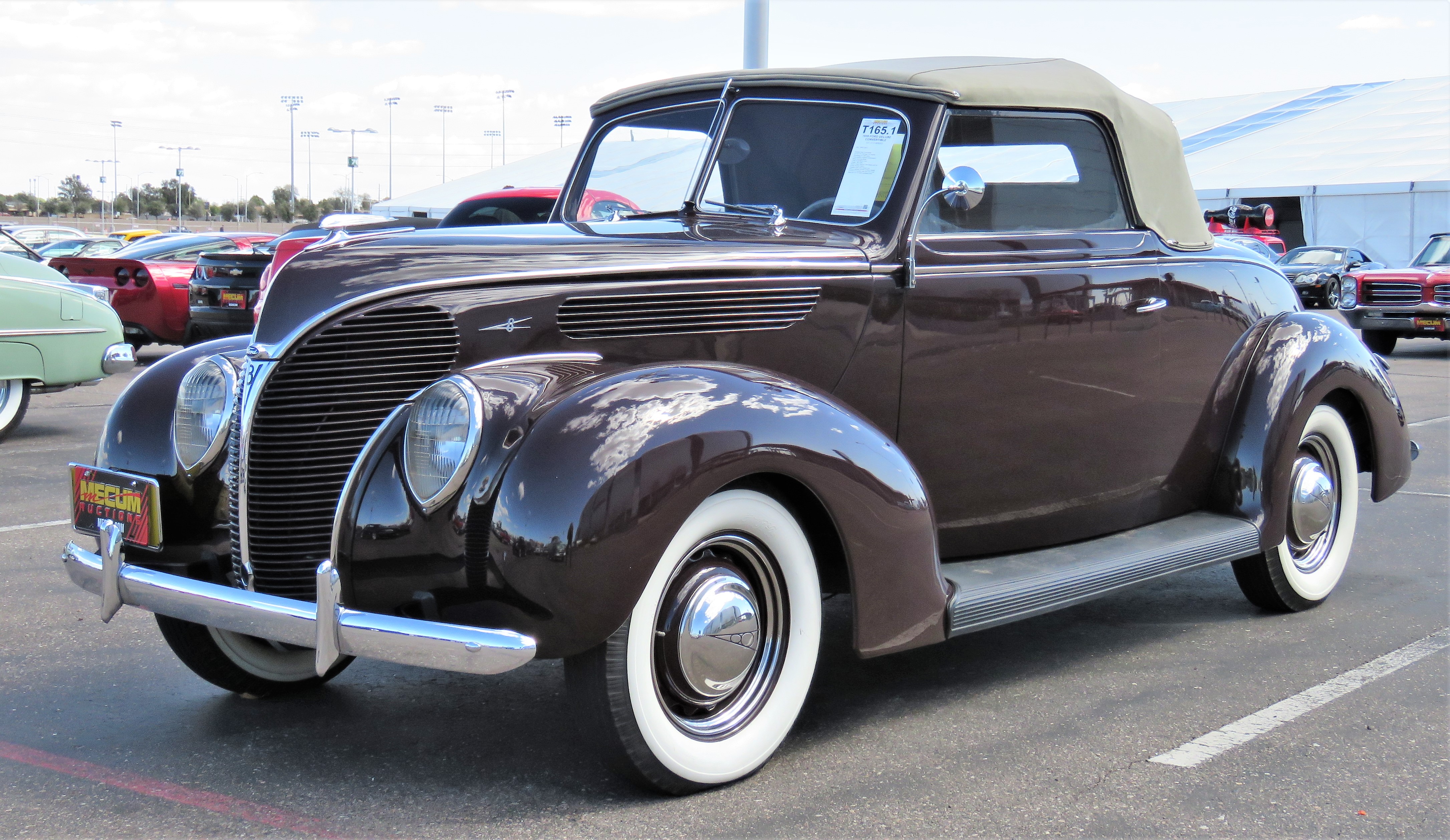 Getting a little more down to earth is this handsome vintage Ford.  Its styling is basically continued from the 1937 Fords, with a new grille among the updates. The convertible has a poised stance and looks ready for a cross-country road trip powered by its original flathead V8. Nicely restored, and it has a rumble seat. 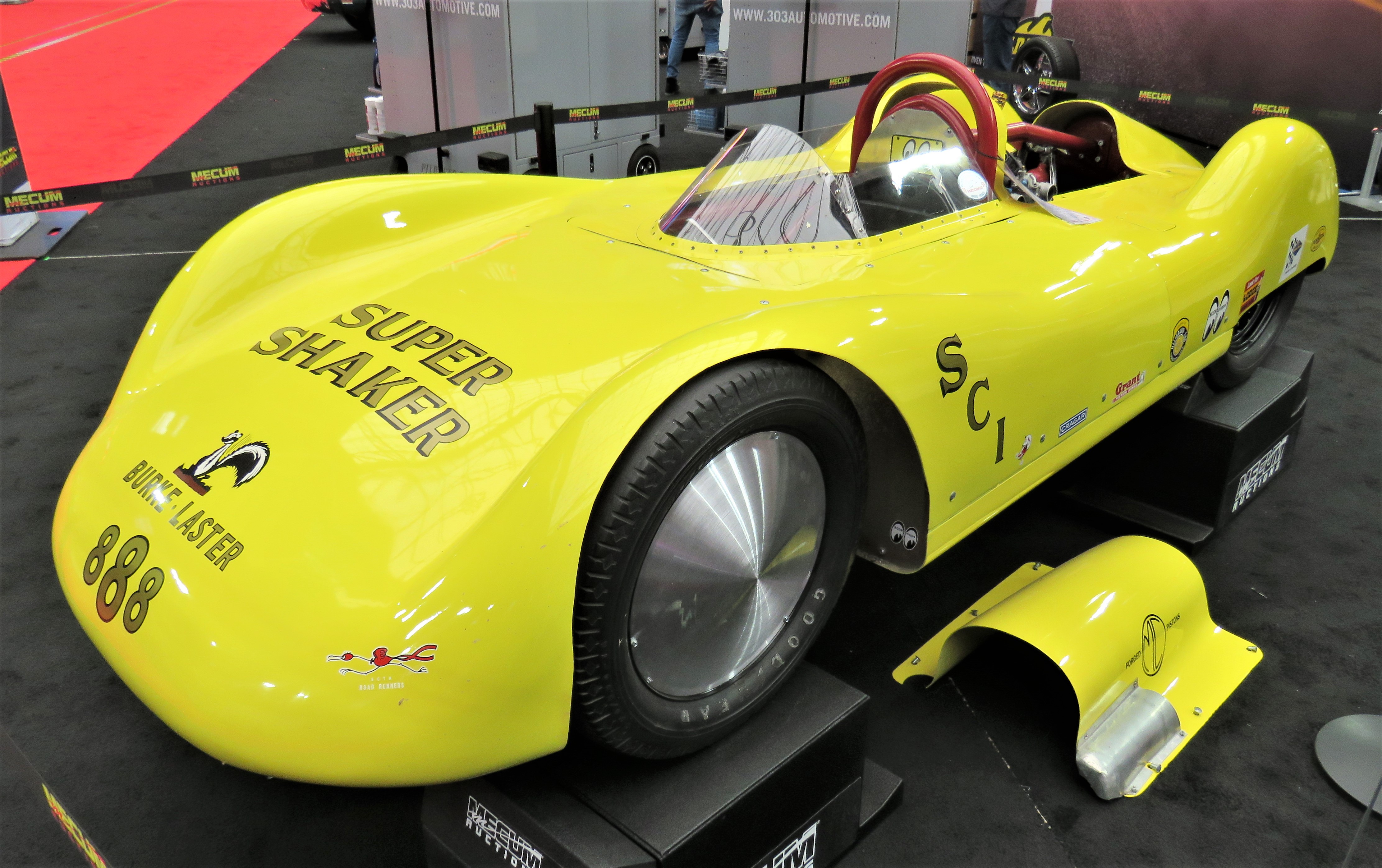 This is one of the auctions stars, a historic Salt Flats speed demon built and driven by hot rod pioneer Bill Burke.  Lightweight and smoothly streamlined, the racer is motivated by a Harley-Davidson “knucklehead” V-twin with chain drive.   Speed Week at the Bonneville Salt Flats in Utah is about as good as it gets, and how great would it be to show up with this little gem and take it for a run? 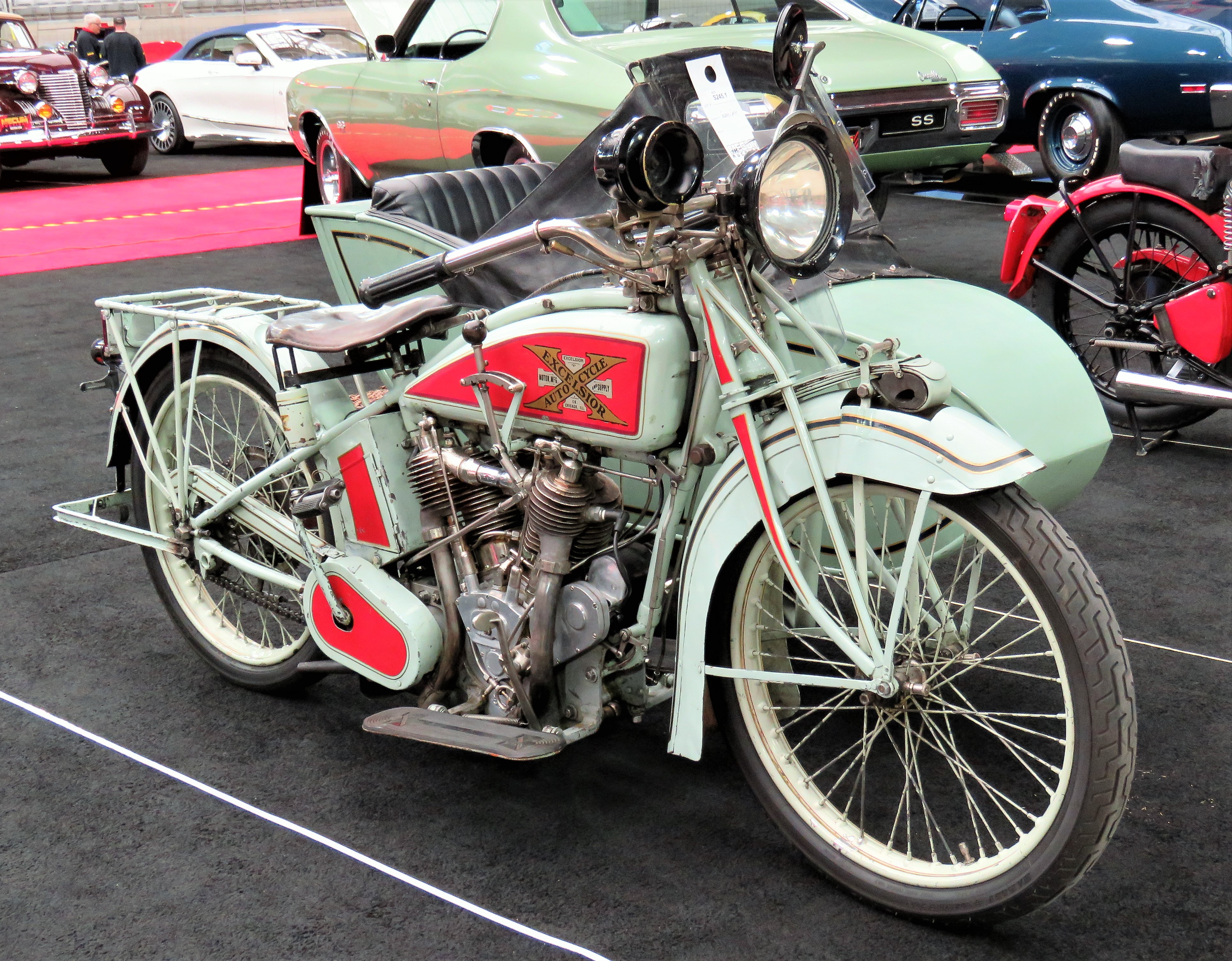 There are so many exceptional motorcycles on the docket, many of them from the collection of Buddy Stubbs, a Phoenix Harley-Davidson dealer and veteran rider, racer and all-around cyclist. I was sorely tempted to pick one of the lovely Triumphs from the U.K. until this excellent antique caught my eye.  Sympathetically restored and rallied by Stubbs, who added the period-correct sidecar, the rig also has quite a colorful history. 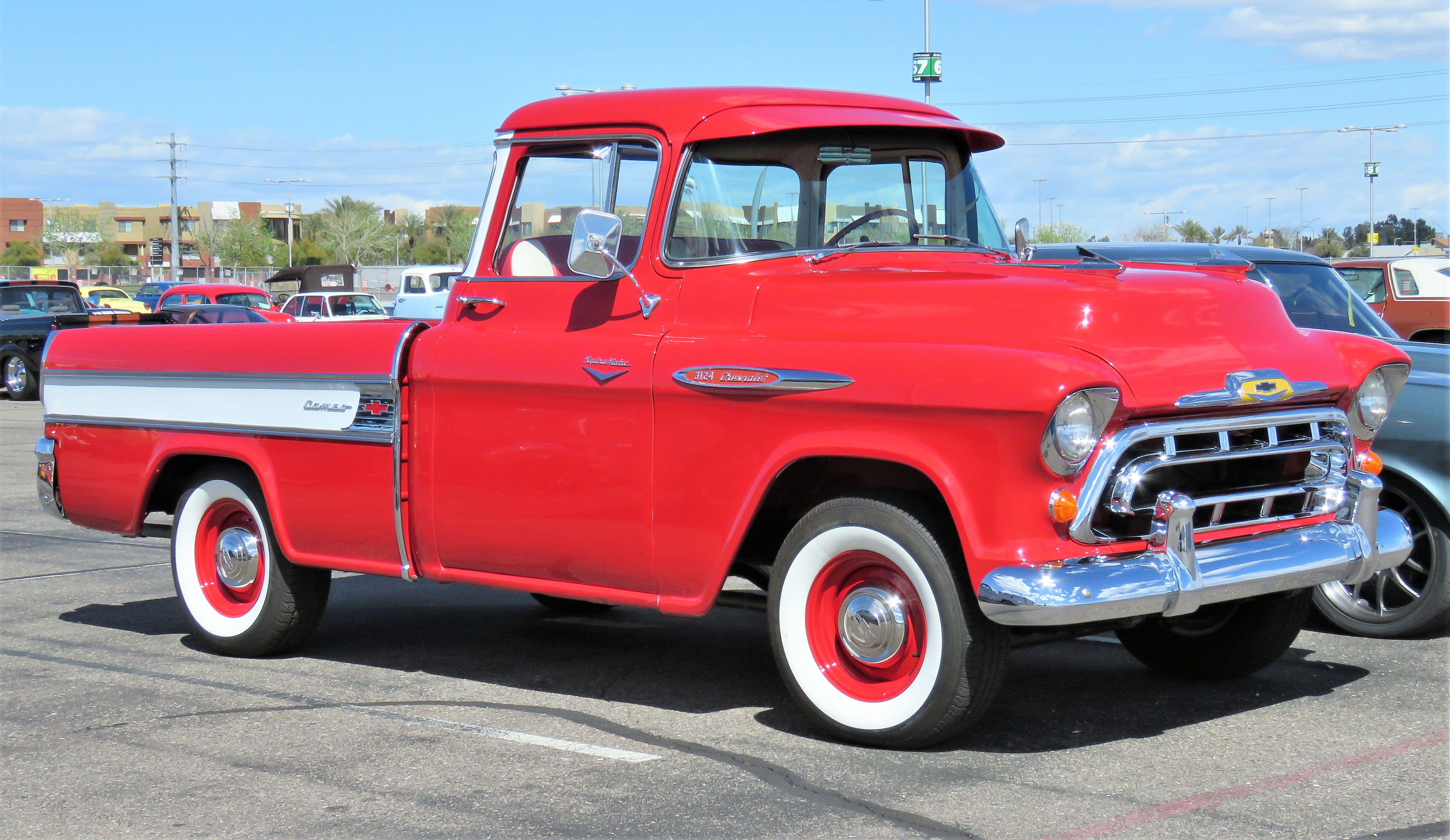 The Cameo was a styling effort by Chevy designers to create a gentrified pickup before the car-based El Camino took up that role.  This was also a precursor to the luxury pickups that we see running around today, with a smoothly styled bed, extra chrome trim and a well-furnished interior.  The ’57 model is already a good-looking truck, and the Cameo upgrade in bright red and white has style to spare. 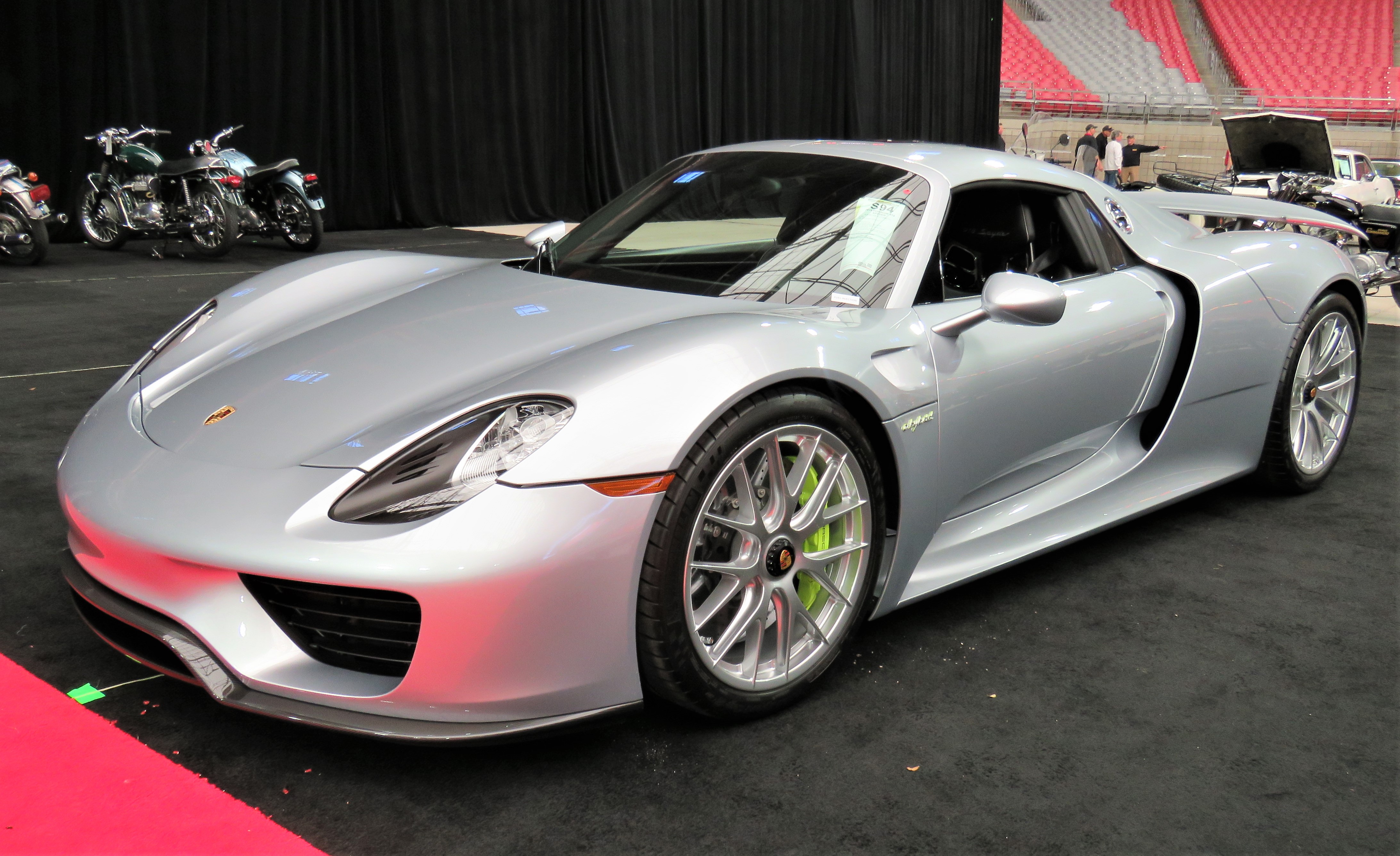 While ultra-exotic hypercars are not usually on my radar, this crazy bit of German ingenuity seems like it would be a nice bauble to own.  A plug-in gas/electric hybrid (though not of the Prius variety), its powertrain generates a wacky 887 combined horsepower, which would require quite a high level of emotional maturity to stay out of bad trouble.  It’s beautiful and terrifying and very desirable.  The list price was $930,475, so it will most likely draw some decent bids.