If the future does, in fact, include flying cars as a new sort of transportation method, it’s best to have equipment that can handle both roads and flight. Goodyear is aiming to solve this problem with a new concept tire it debuted at the 2019 Geneva International Motor Show this week. It’s called the Aero.

The concept tire serves two purposes. The first is to ensure the flying car can still drive on regular roads, while the second turns the Aero tires into “propellers” when the car is ready for take off. The concept imagines that flying cars will take the shape of vertical take-off and landing machines or VTOLs. This is where the propellers act like helicopter blades to negate the need for a runway. The car can lift off from any point.

Goodyear clearly sees a future in which tires are airless, too. The Aero doesn’t feature a solid structure with air inside but instead boasts a non-pneumatic (airless) structure with spokes to support the vehicle’s weight while driving. The design ensures the tire is flexible enough to dampen the ride while driving on a regular road.

When the car is ready to take off, the spokes are stiff enough to act as propeller blades. Magnetic forces would provide frictionless propulsion and create the high rotating speeds needed to put the car in the air when the wheels are tilted upward, per the company.

Optical sensing and artificial intelligence would be embedded in the Aero tires to provide drivers with information on road conditions, tire wear, and the tires’ structural integrity. The tires would be able to communicate with vehicle-to-vehicle and vehicle-to-infrastructure data to recommended certain actions based on tire condition. Goodyear believes the AI could detect problems before they happen. 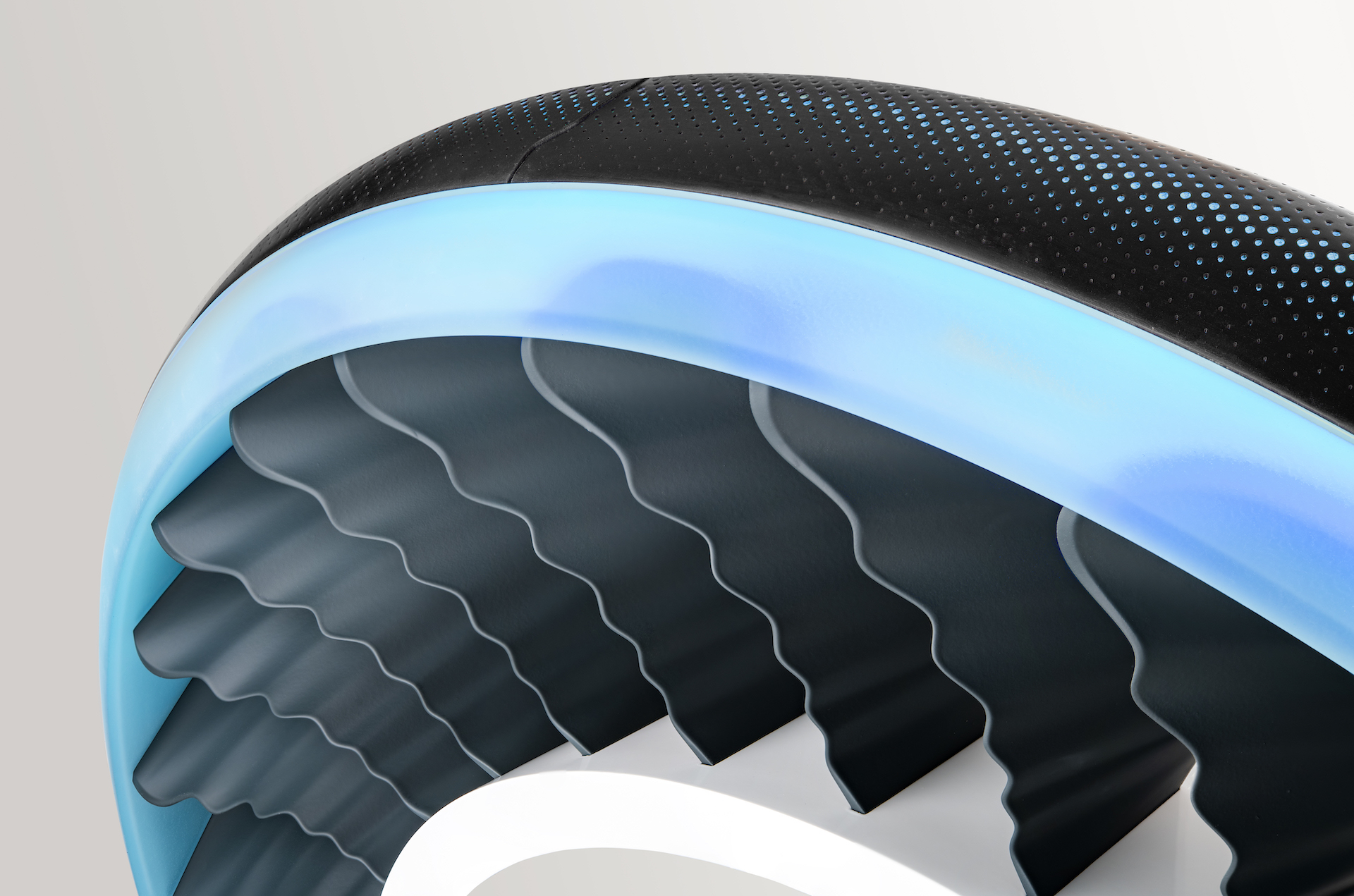 The company made it clear that all of this is a concept and is in no way ready for prime time. However, numerous companies have flying cars in development.

Goodyear did say features such as airless tires are under development today, but it hopes to start a discussion about how tires will change in the years to come.