’62 Dodge Dart with upgraded engine is Pick of the Day 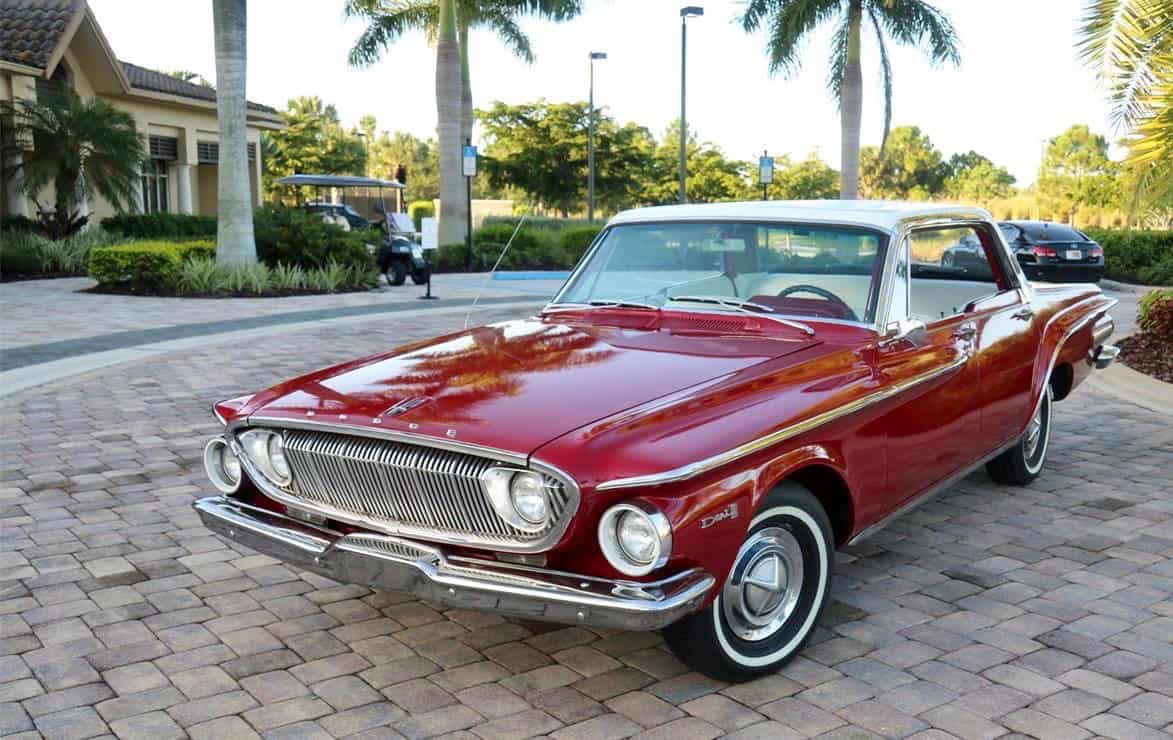 Dodge introduced a less-than-full-size sedan in 1960 called the Dart. Its wheelbase was 118 inches, four less than its full-size brothers, and its standard powerplant was the new 225cid Slant Six, an inline six-cylinder tilted toward the passenger side of the engine bay, supposedly for easier maintenance of the carburetor and spark plugs.

Slanting the engine also allowed the hood to be lowered.

A V8 also was available, as were three trim levels — Seneca, Pioneer and Phoenix.

Dart was re-engineered and restyled for the 1962 model year. The wheelbase was shortened to 116 inches and the car’s overall length was reduced by 10 inches.

The new design included two headlamps within the oval-shaped grille and two that were mounted lower and outboard. At the rear, again, there were four tail lamps — two high-mounted and two lower and outboard. In between, an eyebrow over the lower front headlamps extended back into and nearly through the front door.

Another a character line started ahead of the rear wheels, arched over the wheels, bisected the high-mounted rear lamps and continued across the trailing edge of the deck lid.

Also redone was the trim-level nomenclature. Now there were Dart, Dart 330 and Dart 440 series.

The Pick of the Day is a 1962 Dodge Dart 440, a four-door hardtop advertised on ClassicCars.com by its private owner. 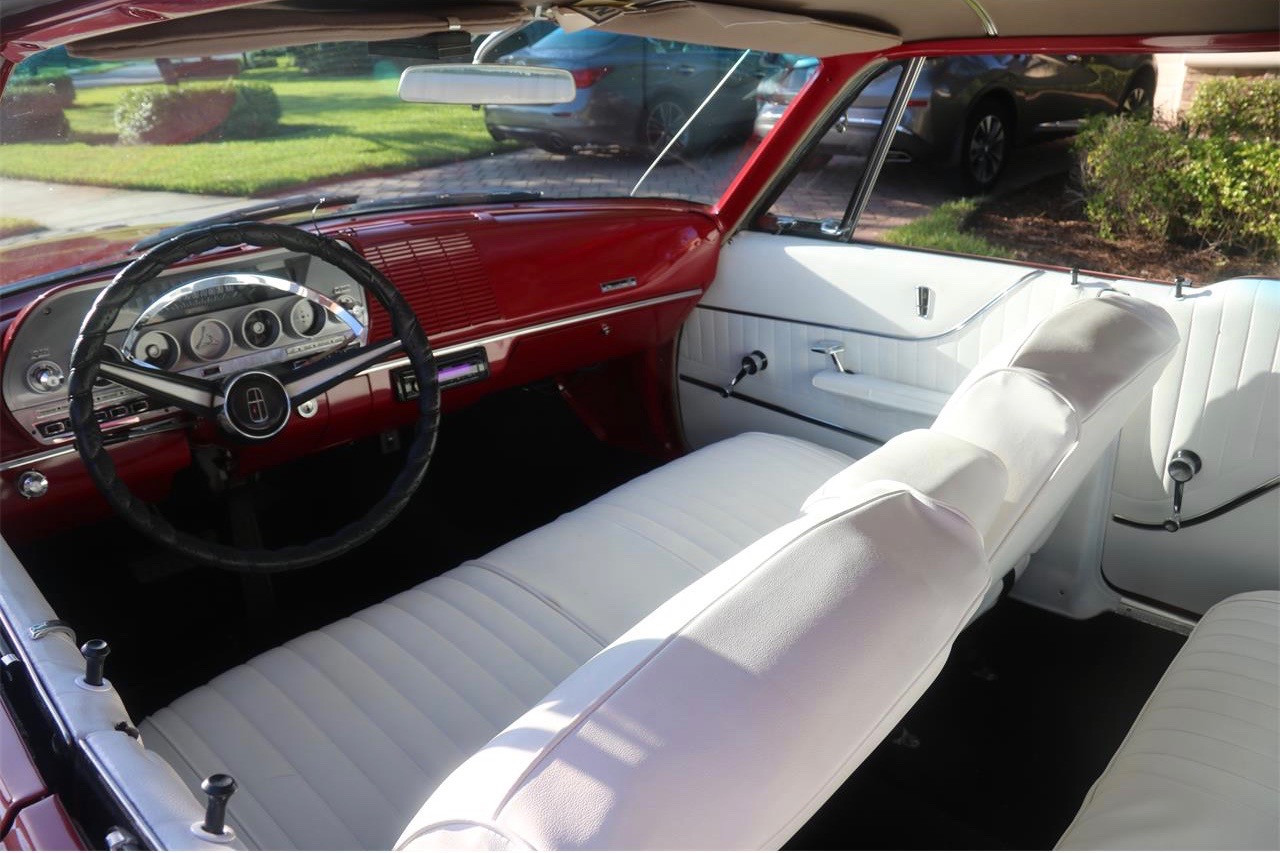 The seller reports owning the car since the fall of 2005. In the spring of 2015, the original 318cid V8 was rebuilt by RAM Racing Engines of Lynchburg, Virginia, and a 4-barrel manifold, carburetor and electronic ignition were added. The seller said the engine was dyno tested at 300 horsepower and that the car has been driven only 1,800 miles since the upgrade.

“At the same time, the entire drivetrain including the transmission, rear end, fuel system, and front suspension were removed,” the seller added. “The engine compartment was refurbished and painted. The front suspension was completed rebuilt, and front disc brakes installed. The original 727 Torqueflite Transmission was rebuilt and the rear-end was reconditioned. Dual exhaust with TTI headers were installed.”

The seller notes that the previous owner was in California and had the car painted in a “unique red with white top.”

At some point, the car’s interior also was redone in white with rolled-and-pleated seat covers, new carpeting and headliner, and an audio system with subwoofer.

The car reportedly has won trophies at car shows in New York and Florida, “is always garaged and covered up. Car cover is included.”

The seller adds that the car runs very well. “In fact, if the price is right, I will drive and deliver here to you.” 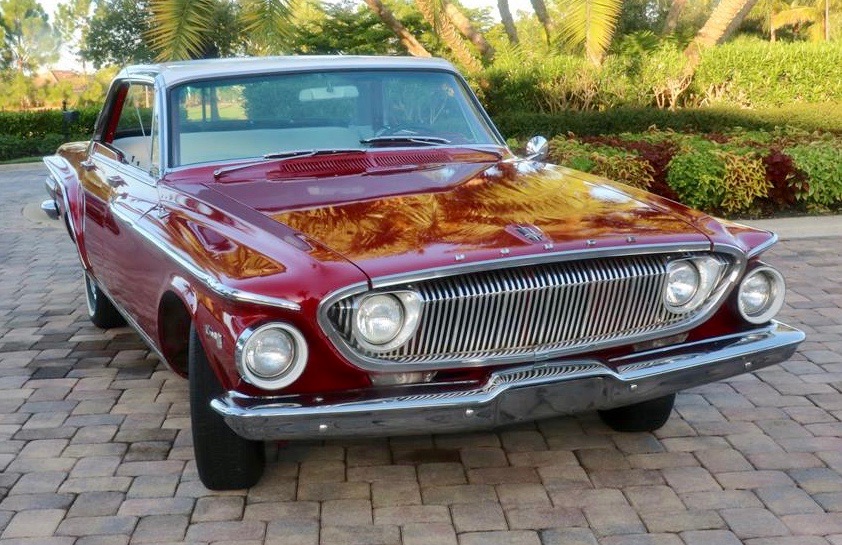