Only 5 Clarion Audio Mustangs were created 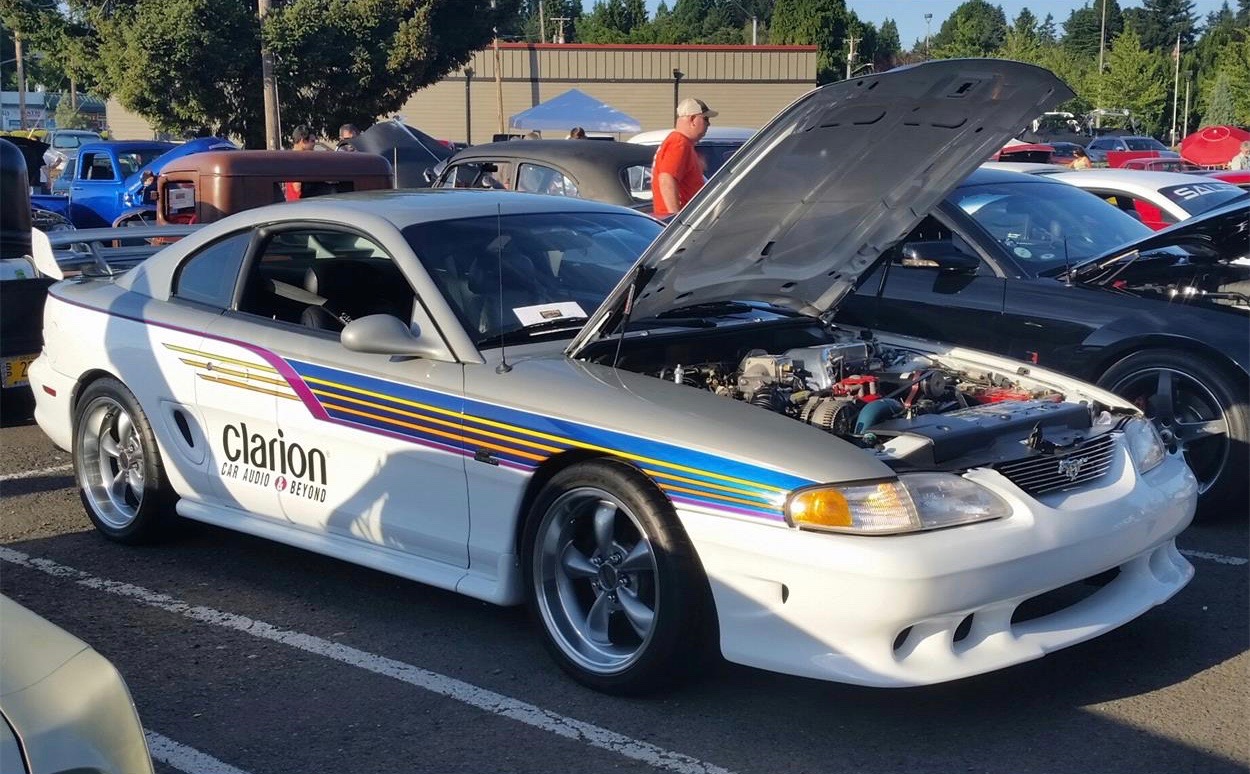 Back in 1995, Clarion Audio bought five brand new Ford Mustangs and outfitted them “rolling sound labs” to demonstrate the company’s newest car audio sound systems. One of those five cars, a 1995 Ford Mustang, is Pick of the Day, being offered for sale on ClassicCars.com by a private owner in Vancouver, Washington.

The seller notes that the cars were outfitted with Clarion systems — which included in-dash cellular phones and color televisions — were custom painted by Doug Starbuck in Riverside, California, using PPG and House of Kolor candy and a design by artist Kristina Magnasun. Their dynamic capabilities were enhanced with Eibach springs.

The seller says the five Clarion Mustangs were assigned to regional sales offices in Los Angeles, San Francisco, Chicago, Atlanta and Allendale, New York, and toured around their regions, visiting 2,000 Clarion dealers. They also were showcased at International Auto Sound Challenge Association events and at the Consumer Electronics Show.

The seller adds that according to “urban legend,” the car on offer, known as “Waykool,” also was featured at the SEMA show.