Vintage VW camper van, but made of Lego blocks

Life-size vehicles made of Lego blocks seem to be all the rage these days. The latest example comes from Volkswagen’s commercial vehicles division which contracted Rene Hoffmeister to re-create a vintage T2 Bulli camping van that will be unveiled this week at the f.re.e leisure fair in Munich, Germany.

According to VW, Hoffmeister is one of only 12 officially certified Lego model makers in the world. 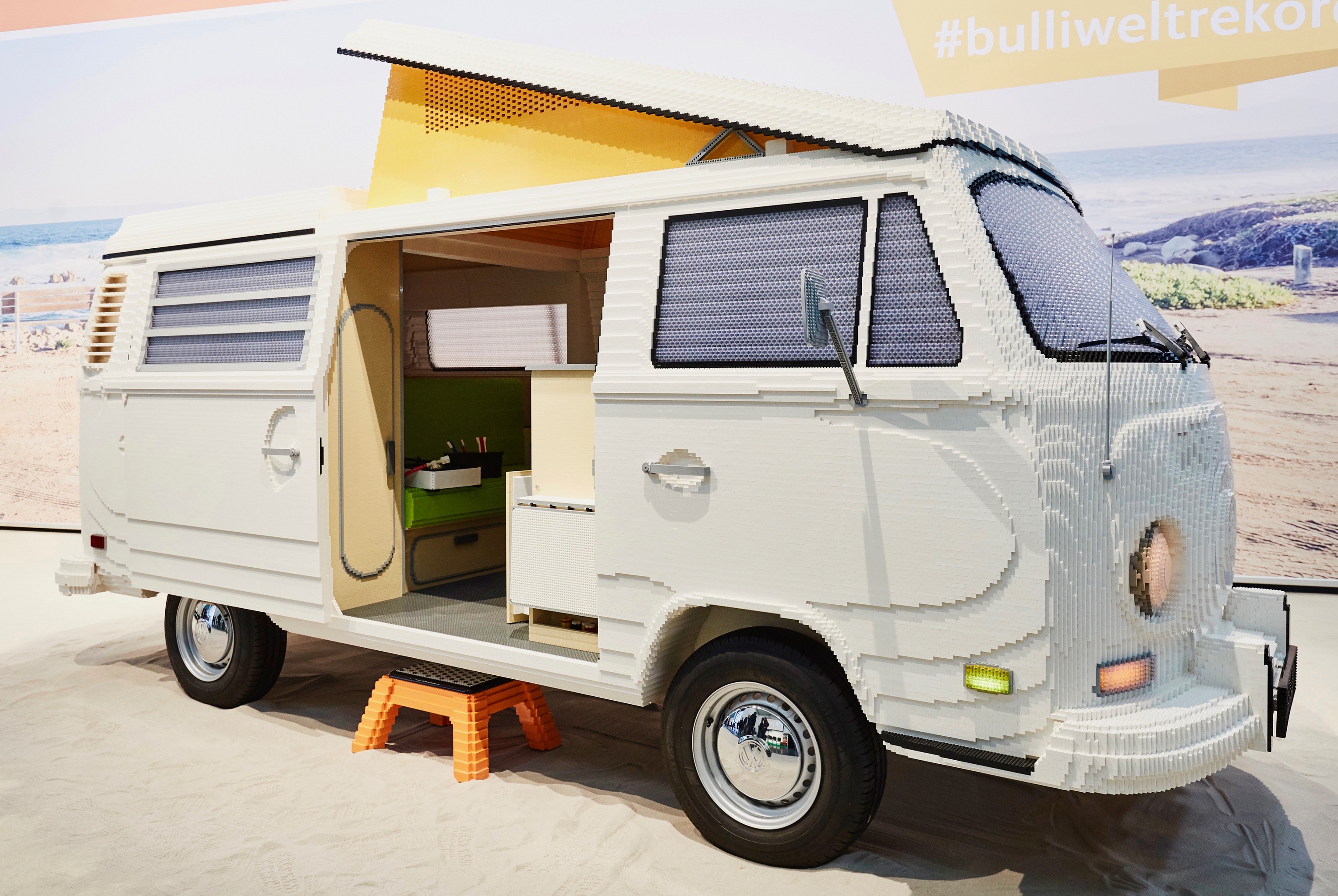 Hoffmeister and his colleague, Pascal Lenhard, used around 400,000 Lego blocks for the build, which took six weeks. The Lego version of the camper van, which was produced from 1967-71, weighs 700 kilos (nearly 1,500 pounds).

The van is complete with a pop-up roof.

Colorful options for your classic car