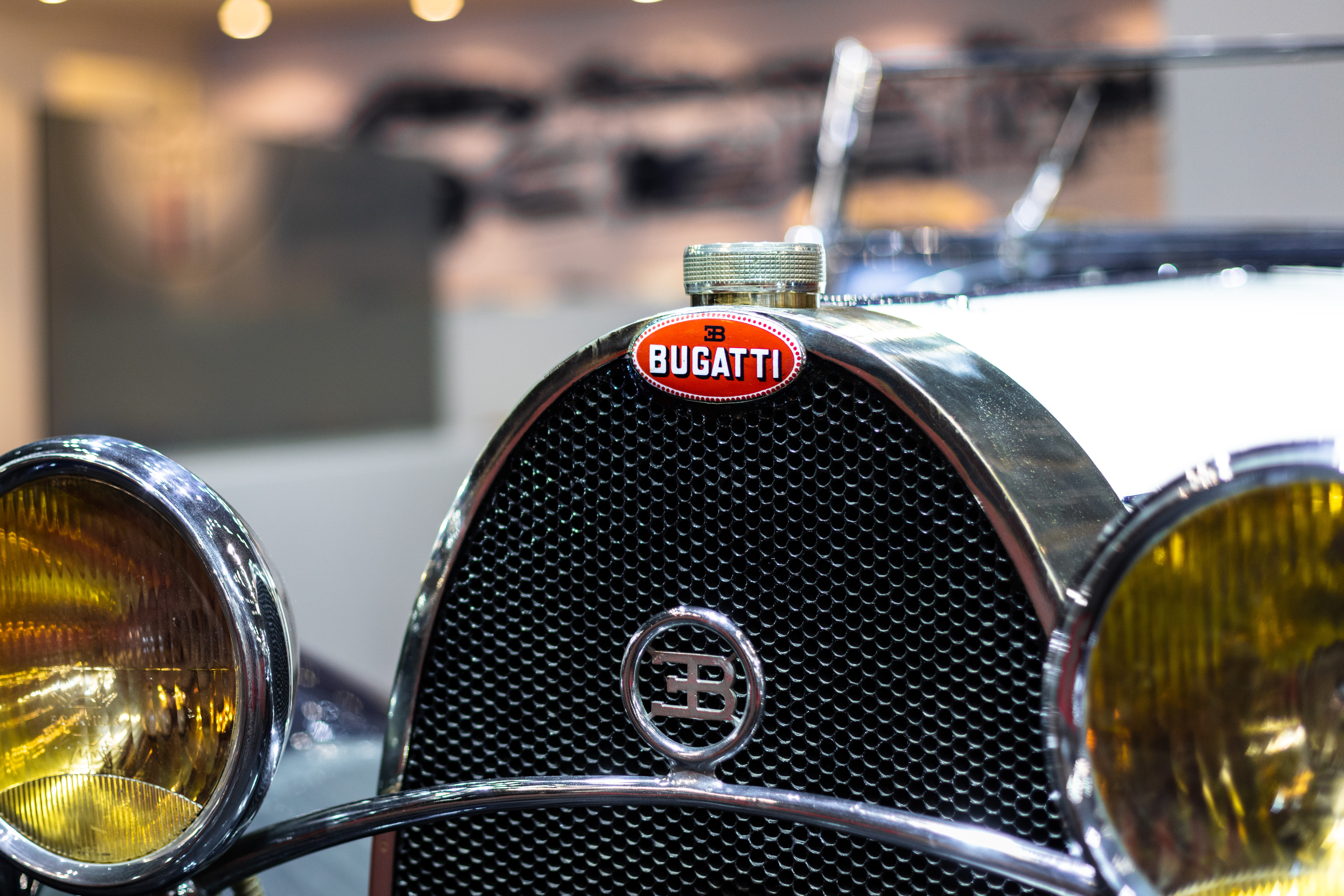 Bugatti launches its 110th anniversary celebration this week at the 44th annual Retromobile collector car exposition in Paris, where the company’s stand includes two of his highlight vehicles — a Type 55 and an EB110 GT.

“Through all the success, but also the challenges that have accompanied our company throughout the 110 years we have become who we are today,” he added. “Both of these Bugatti legends are great examples of our hyper sports car heritage and both are now precious collector cars rising in value.”

Ettore Bugatti was born into an artistic family in Milan. He worked as an apprentice at a bicycle manufacturer, cobbled together some powered vehicles and worked for De Dietrich, Mathis and Deutz in Germany before moving his family near the end of 1909 to Molsheim, Alsace, which was German territory until the end of World War I.

“The early steps of Ettore Bugatti, interrupted by World War I, led to the glorious 1920s that lifted Bugatti to the highest heights of the automotive world,” the company said in opening its Retromobile display. “With Ettore’s son Jean Bugatti in a prominent role, the company defied the Stock Market Crash of 1929 and continued manufacturing some of the most desired automobiles of the 1930s, among them the Bugatti Type 55.”

The Type 55 was designed as a Grand Prix racer for the road and offered a top speed of 180 km/h (111 mph). Bugatti produced 38 cars, some roadsters and some coupes. The car displayed in Paris is from the Mulhouse-based Cité de l’Automobile, National Museum (Schlumpf Collection), a roadster with the chassis 55215 produced in 1932, and sold and shipped in July of the same year to the United States.

Its third owner was Bugatti collector and fishing equipment heir John Shakespeare, who owned the car for 30 years before selling it to Fritz Schlumpf.

The example displayed at Retromobile is a 1994 model and is privately owned, the company said.

Bugatti became part of Volkswagen Group in 1998 and was moved back to Molsheim, where the Veyron 16.4, Chrion and Divo are produced.

“There is no shortcut for tradition,” Winkelmann said in the company’s Retromobile news release. “Tradition is something you earn through hard work over a long period of time. It especially pleases us to start celebrating our 110th anniversary here in Paris on our French home turf. We are incredibly proud of our history, of our origin and of our French identity.

“Tradition and legacy are a huge privilege, but also an even bigger responsibility moving forward – upholding the name and the brand Bugatti and keep building a strong and sustainable future.”