Not only are there companies reproducing steel body panels for vintage vehicles, but carbon fiber body parts are available for some models. At the recent Grand National Roadster show in Pomona, California, SpeedKore showcased for the public its carbon-bodied 1970 Dodge Charger and 1970 Ford Mustang Boss 302.

Both cars made their debut at the most recent SEMA Show, but that’s a trade-only event and is closed to a general audience. 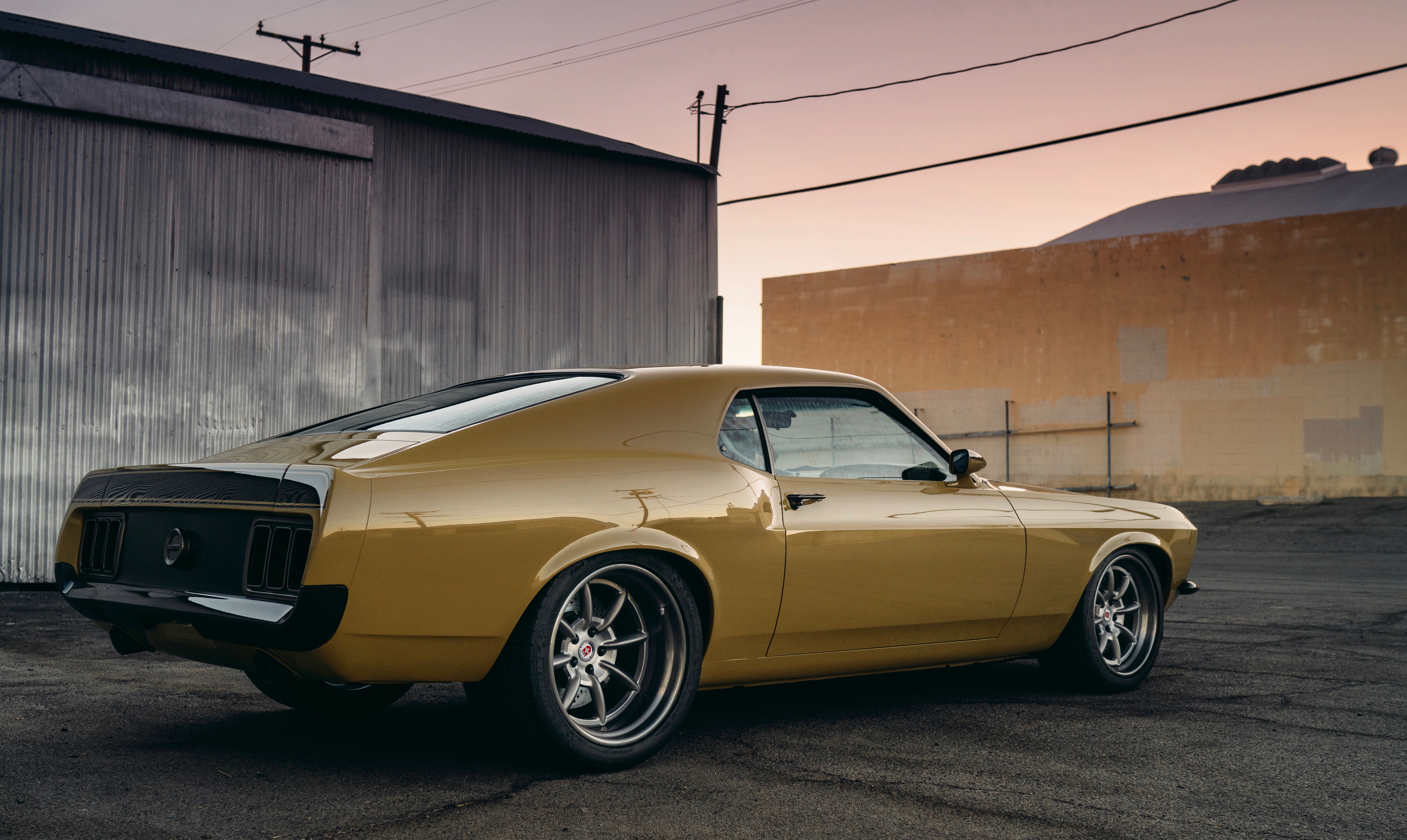 The Mustang was commissioned from SpeedKore by actor Robert Downey Jr., the company said, adding that the actor expressed his vision of a modernized Mustang with carbon fiber components, dynamic capabilities like those of contemporary supercars, and an interior that reflects European styling.

The engine is a Roush-supercharged 5.0-liter Aluminator V8 from Ford Performance and is linked to a Bowler T56 6-speed manual with power going to a Detroit Speed Ford 9-inch differential. Detroit Speed also supplied the suspension, which includes a Quadralink rear setup.

The Charger, named “Evolution,” also has carbon body panels, produced from billet aluminum molds so the lightened car can retain its 1970 VIN. Power is provided by a 6.2-liter supercharged Dodge Demon V8 modified to boost output to 966 horsepower.