Customized and then taken-to-extreme ’70 Maverick 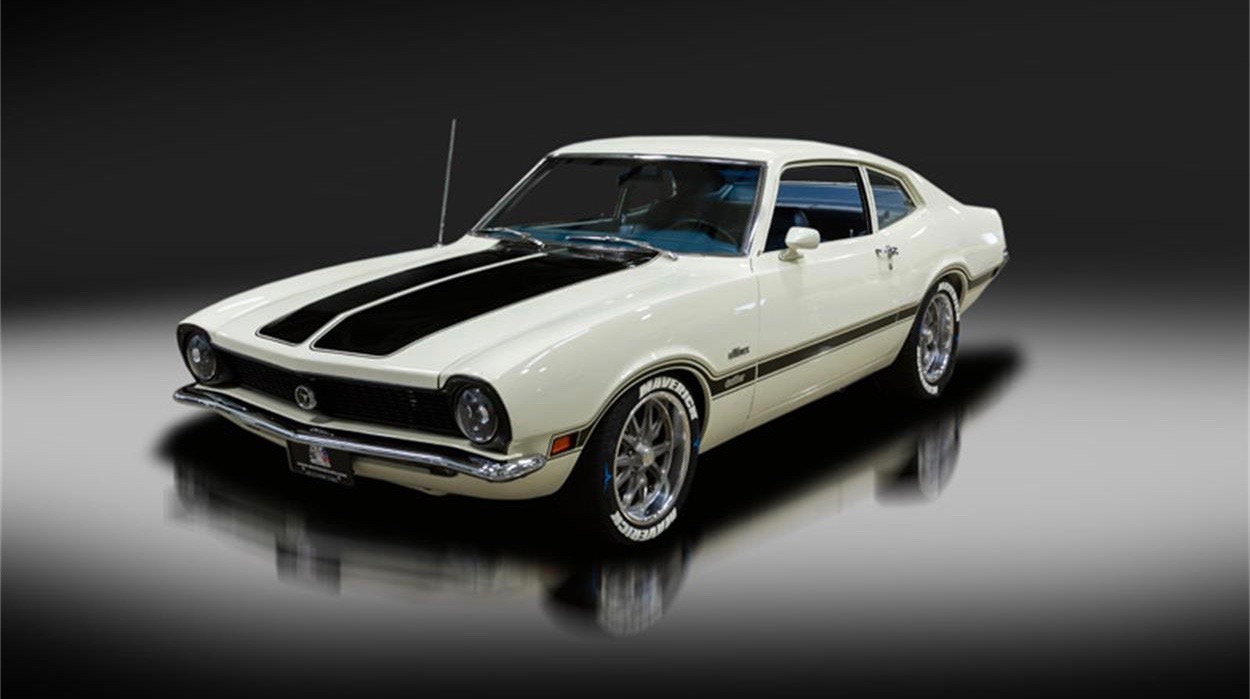 Except it turns out that the Pick of the Day, a 1970 Ford Maverick, is no standard, middling, compact and Falcon-based coupe. This is a highly customized vehicle that the dealer advertising it on ClassicCars.com says was special even as it rolled off the assembly line in Kansas City.

“As the VIN indicates this car was built in Kansas City, KS and was an early production car with the ignition in the dash,” the advertisement notes. “It was born (in) the rare color combination of white with blue interior.”

Decades later, in 2017, the car was customized by Magic Custom, a company based in Brookpark, Ohio, that has done “many high-end builds including a Ridler Great 8 contender.”

The dealer adds that Magic Custom of Brookpark, Ohio, has done “many high-end builds including a Ridler Great 8 contender.”

“Magic Custom restored closer to a factory correct restoration with the original 6 cylinder ending and some mild custom features,” the seller says. “It was shown in that form and won multiple awards at the 2017 NMCA Muscle Car Nationals.”

Magic Custom then sold the car to MS Classic Cars, which “envisioned a super car” project and brought in High-Tech Fabrication, and MJM Automotive Solutions.

The result was a 6-figure build. The body was stripped and treated to Squeeg’s epoxy primer and “show quality” Wimbledon White paint with black racing stripes and a black Grabber side stripe.

Glass was tinted and the rear quarter windows ca be opened for ventilation. Exterior parts were restored or replaced, and 7-inch Oracle Lighting LEd headlamps were installed.

A new blueprinted 306 V8 crate engine was installed and produces 401 horsepower. It’s linked to a TCI Street Rodder C4 automatic gearbox, and on to a 9-inch rear with Eaton True-Trac LSD. (The advertisement details all of the aftermarket parts used in the powertrain.)

Suspension and brakes were updated with aftermarket parts.

The odometer shows 87,839 miles — likely the lifetime mileage, not since the customizations — on a vehicle located in Seekonk, Massachusetts.  This Maverick-to-the-extreme is for sale for $74,900.