’87 Mustang GT convertible has been driven less than 1,000 miles 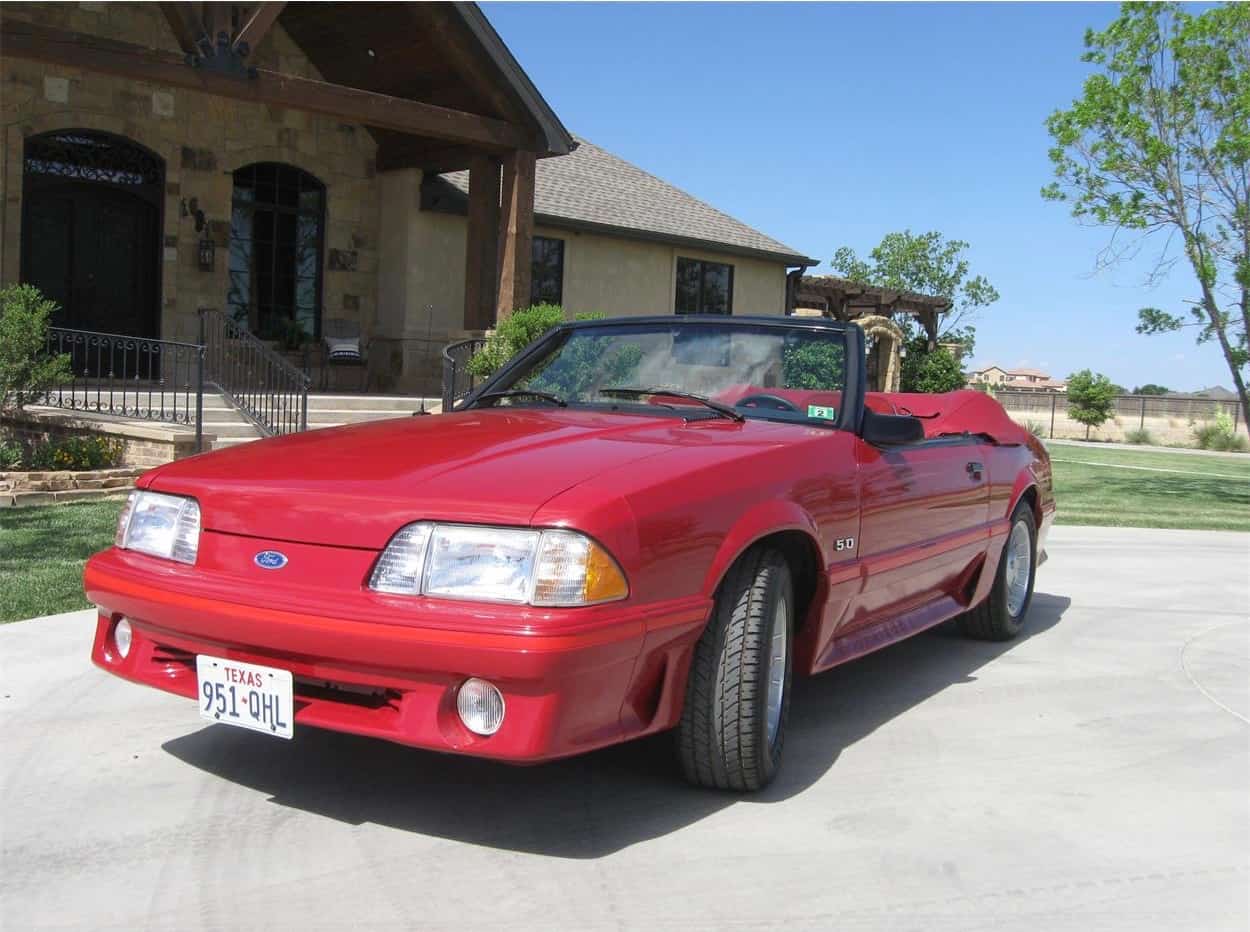 The Pick of the Day is a 1987 Ford Mustang GT convertible that comes with an explanation as to why it’s been driven less than 1,000 miles since new.

“In January, 1988, the owner of this Mustang went with her father to the local Ford dealership where he purchased the brand new convertible saying, ‘if we keep this car for 20 years and keep the mileage low, it will double in price’,” the private seller of the car reports in the car’s advertisement on ClassicCars.com.

“Her father drove the car in a few local parades and drove it 300 miles round trip to his daughter’s graduation, but basically the car was covered and locked in the garage for 30 years.

“When her father died in 1999, he left the car to his daughter.  She continued to store the car until 2018, when she developed cancer.  She asked me to sell the car to help pay for treatments.  I agreed and enlisted the help of a friend of mine who is an expert on Mustangs to get the car ready to sell. “

The Mustang-expert friend believed in the saying, “It’s only original once,” so as the car was readied for sale, all original parts were retained, although the fuel tank, pump and filter were changed and the fuel lines flushed. Spark plugs, battery, etc. were replaced. The lubrication system was primed with a drill motor, light oil was sprayed into each cylinder and the V8 engine, a 5.0-liter unit, was turned over by hand several times.

“The engine started on the first try,” according to the seller.

In addition, a Marti Report was ordered and delivered: The car was built in Dearborn, Michigan, in December 1986, with Scarlet Red Paint and a white convertible top. It was one of 793 Mustangs with the same paint/trim code that included scarlet red bodyside moldings. It also has a 5-speed manual transmission and 3.08 Traction-Lok rear axle.

The car has been driven only 823 miles, including a couple of road-test miles to confirm all the prep work was done properly, and is in Lubbock, Texas. The asking price is $27,000.