Motorama II display Corvette one of last of C3 generation 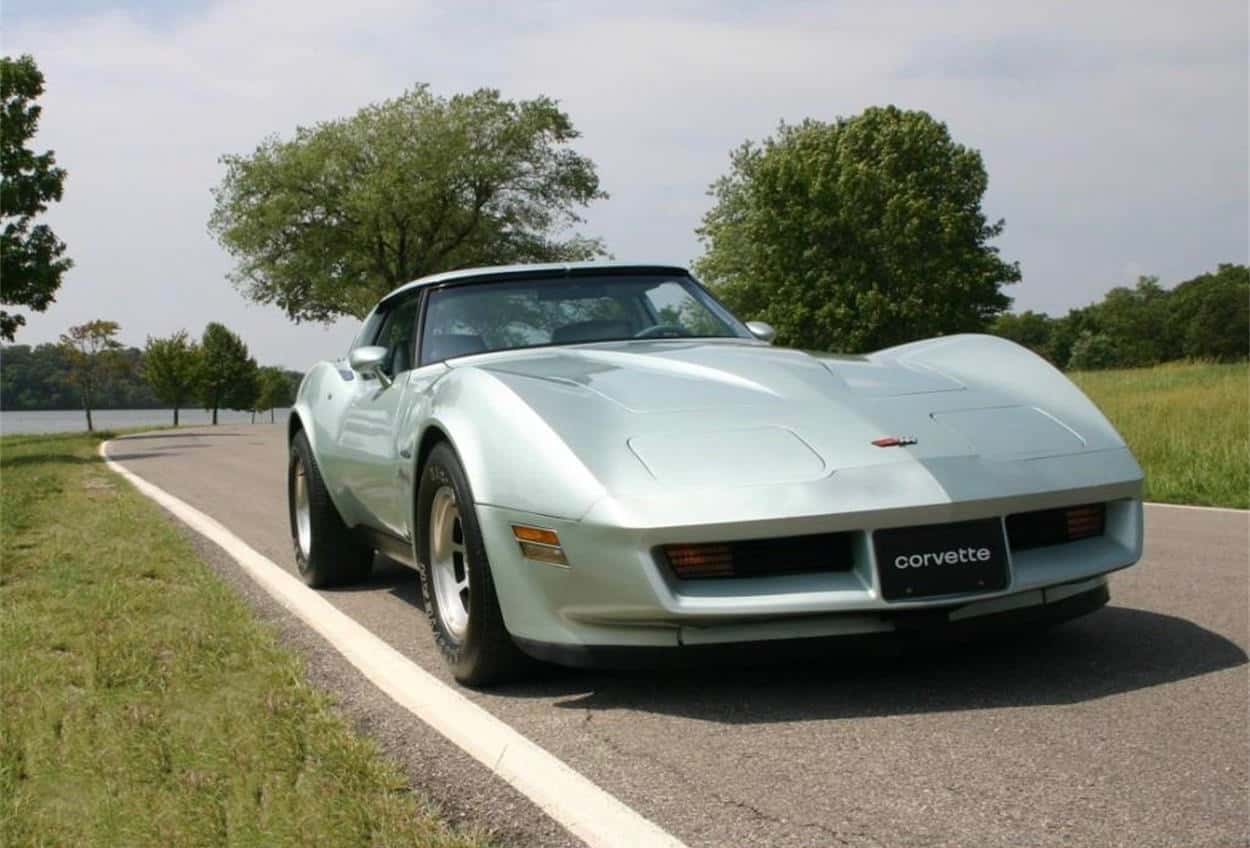 A 1982 Chevrolet Corvette T-top coupe that has won Bloomington Gold Certified “Survivor” status as well as a trio of National Corvette Restorers Society “Top Flight” awards is the Pick of the Day. The car is advertised on ClassicCars.com by its private seller.

“The time has come for me to pass this extraordinarily unique car off to someone who appreciates originality, auto history, and extraordinary beauty and styling,” says the seller, who is in Fairhope, Alabama.

“The new caretaker will be provided with the original GM paperwork such as the window sticker, owner’s manual, dealer prep sheet, warranty information booklets, sales brochure, etc.,” the seller says, adding that all the judging evaluation sheets and award certificates also come with the car, which “has been maintained to all NCRS originality and condition standards.”

“During my tenure, all 4 brake calipers have been rebuilt, new Goodyear GT-II tires, new GM shocks all around, GM front springs installed, Delco battery, and bumpers repainted,” the seller adds.  “The OEM shocks and springs, plus additional parts, some very hard to find, will go to the buyer.”

The advertisement says the car is one of 723 wearing the one-year Silvergreen paint with matching interior and was built at Bowling Green, Kentucky, during the third week of July 1982, which makes it one of the last of the C3 generation.

The car was sold by a Chevrolet dealership in Lemoyne, Pennsylvania. The seller is the fourth owner and has had the car for 14 years and 7,587 of its 16,923 miles.

“This car was also selected by the National Corvette Museum to represent the 1982 model year on the Museum’s Motorama II tour.  One car was chosen to represent each model year produced through 2008.  The Motorama II was a 9-day tour of museums and display events in Missouri, Illinois, Indiana and Michigan,” the seller reports.

“On September 16, 2008, this highly original 1982 Corvette was featured on the on the fountain display area outside General Motors Headquarters on their historic 100th Anniversary.  It was selected to represent the last model year of C3s, the famous and longest running generation of Corvettes.”

The advertisement details the 350cid V8 engine and its history and lists all the standard and optional equipment on the car, which is for sale for $27,500.