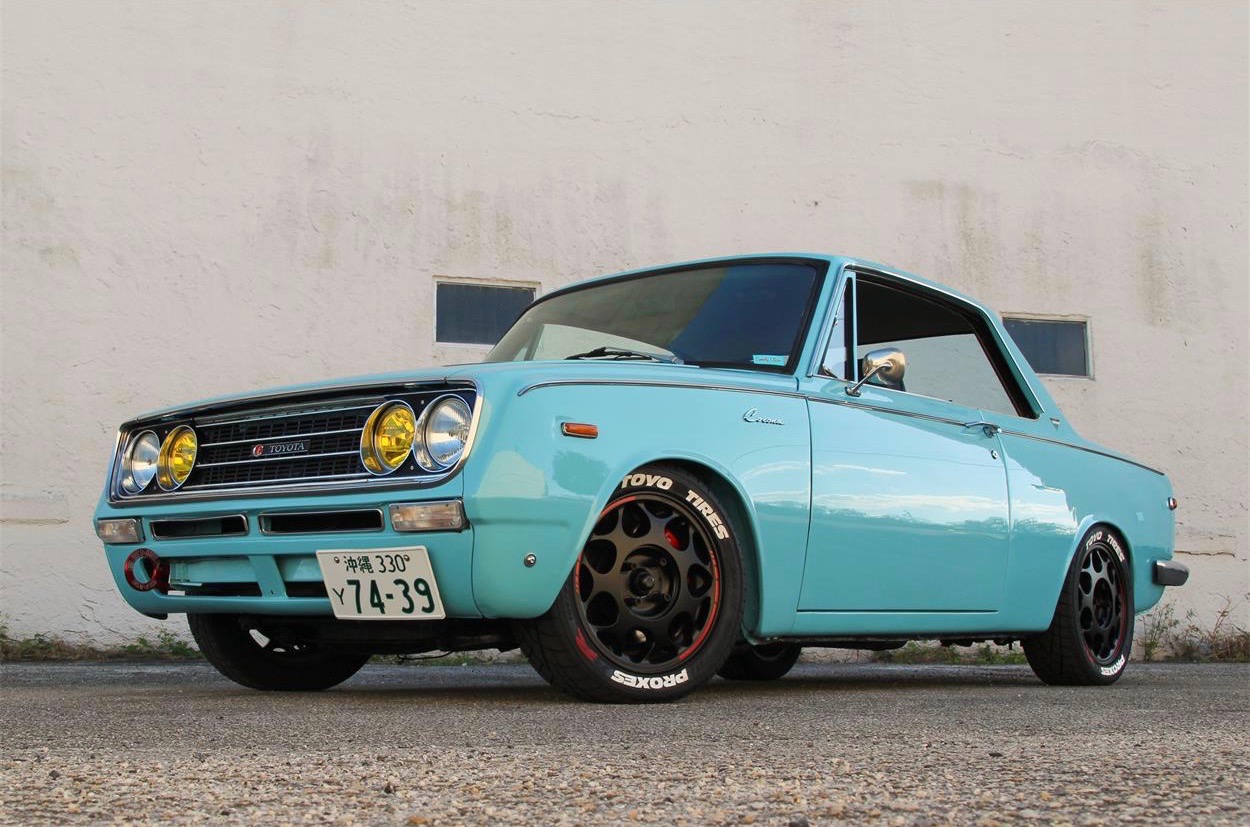 The 2000 GT was the hot Toyota sports car of the late 1960s, but a much more mainstream vehicle imported to the U.S. market by the Japanese company was the Corona, available as a sedan or hardtop coupe.

“With its angled-back quad-headlamp front end, the Corona quickly became one of the most distinctive — east to spot — cars on the road,” the Standard Catalog of Imported Cars notes of the car that arrived in the U.S in 1967, and it “was the car that established Toyota’s presence in the U.S.” 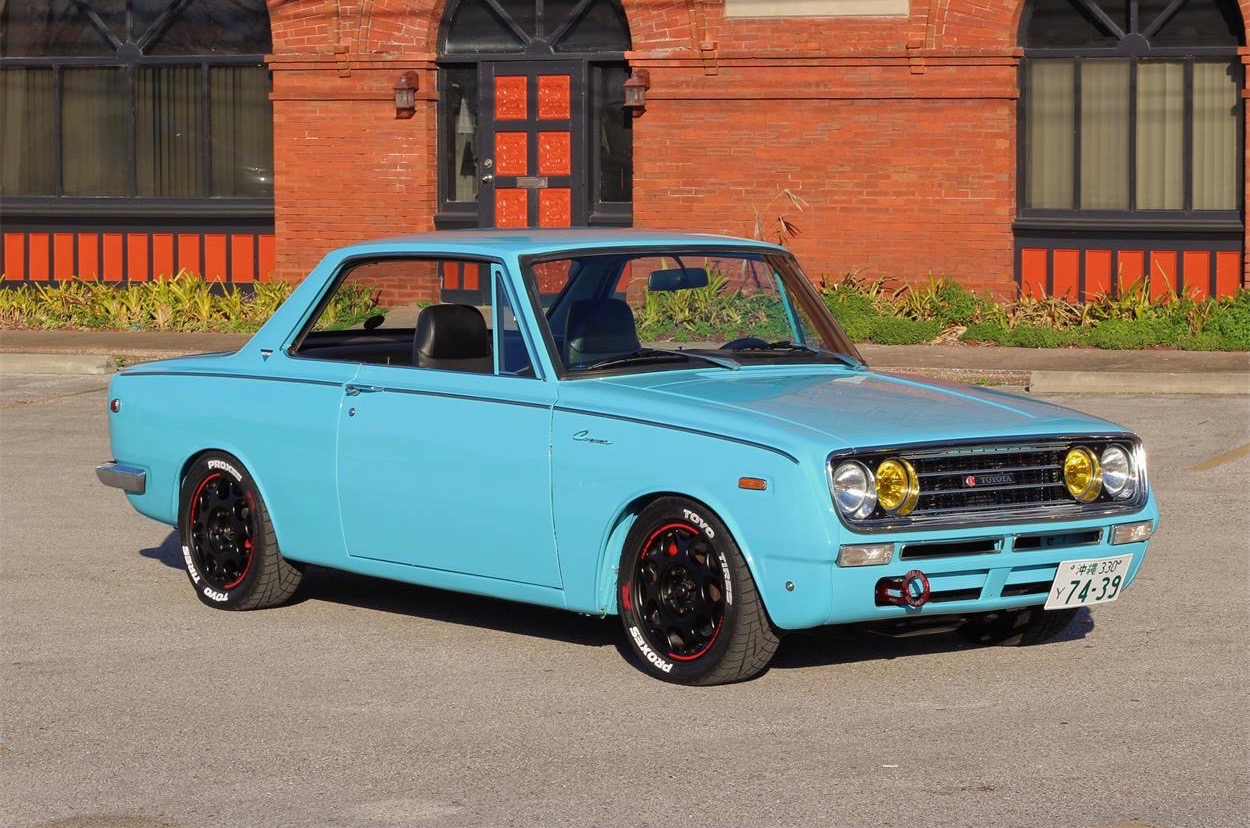 One of those Coronas, albeit a far-from-standard 1969 Toyota Corona coupe, is advertised on ClassicCars.com and is the Pick of the Day.

“This Corona was restored to a period correct sport look that matches the Toyota 1960’s road-course style,” the private seller says.

Instead of the standard 1,879cc 4-cylinder engine, this car has a 20/22R high-compression Toyota engine linked to a 5-speed transmission, 4-wheel disc brakes, a limited-slip differential from the later Corolla GTS, 2 1/4-inch exhaust with Magnaflow muffler, and an updated electrical system with an 18-circuit fuse box and halogen headlamps. The car rides on 15-inch Toyo Proxes R1 tires and is lowered to hug the road.

The look is definitely boy racer and the car, located in Deltona, Florida, is offered for $15,500.