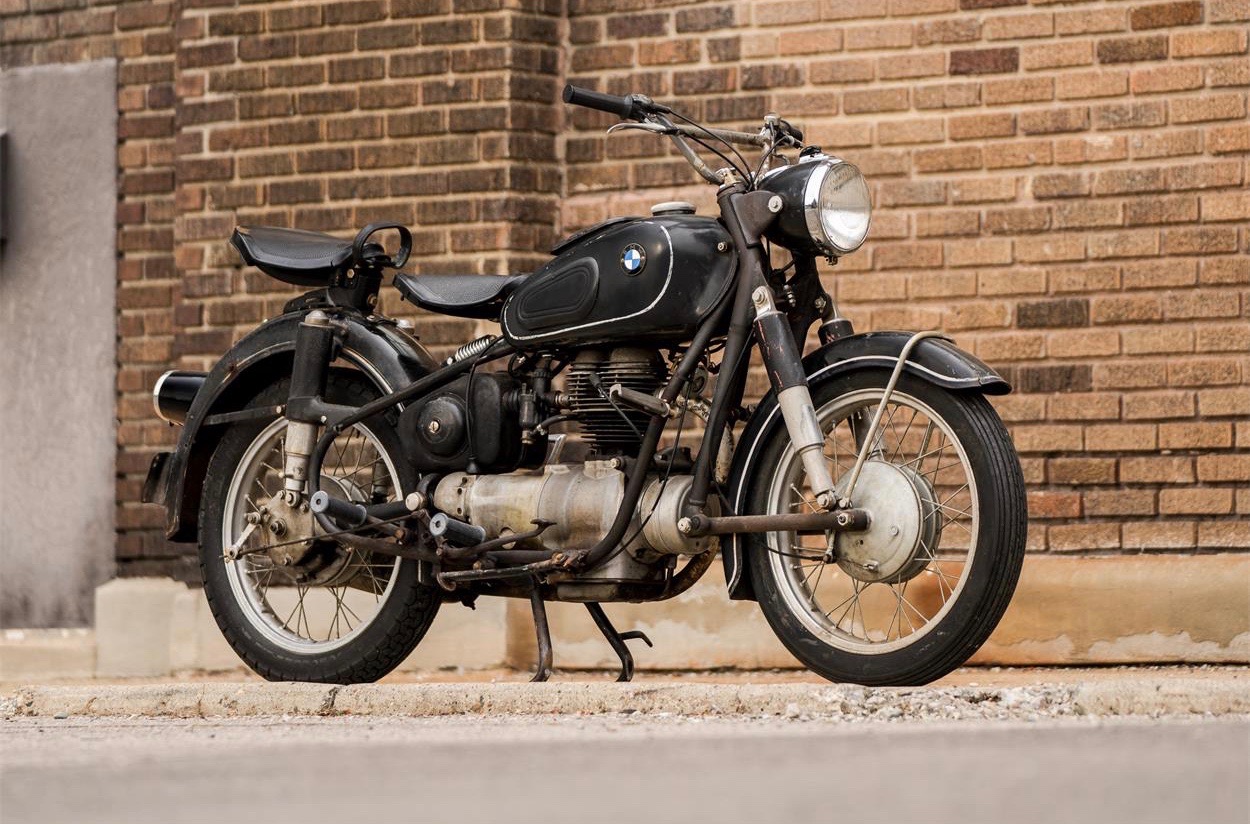 With Arizona Auction Week 2019 ending, attention turns north and a little west of Las Vegas, where it’s motorcycle auction week with Mecum and Bonhams staging major sales. With that in mind, the Pick of the Day is a vintage motorcycle, a 1959 BMW R26 being advertised on ClassicCars.com.

In post-war Germany, “It was not until 1956 that BMW would introduce their largely redesigned R26 model,” notes the Philadelphia-based collector vehicle broker placing the bike’s advertisement. “Fitted with a 250cc single-cylinder engine, producing 15 hp, bolted directly to the frame, the R26 also came with an enclosed drive shaft, rear swingarm and Earles type front forks.

“The little single-cylinder bikes sold well, especially in Europe, where economic and reliable daily transport was much more important than here in America.” 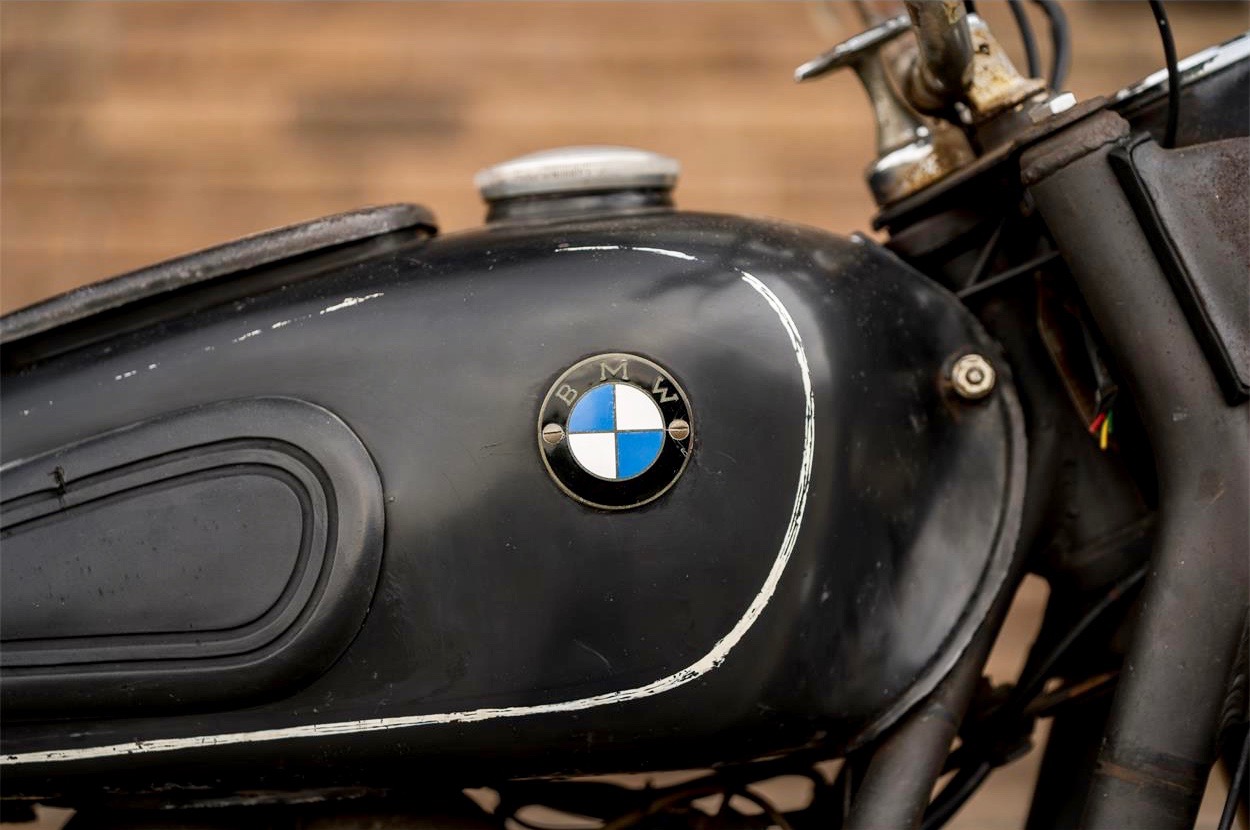 The machine on offer is chassis 362283 with matching-numbers engine 362283 “with excellent originality and patina throughout. It is believed to be original paint and judging by the patina and character present on the bike, it is hard to argue otherwise.”

While “not much is known on the early history of the motorcycle,” it has been part of collections for around 20 years and “has been well cared for and maintained in a running ‘project’ type condition.”

The bike was last registered in 1985 in Pennsylvania, though it currently is located in Pontiac, Michigan.

“The bike currently runs and has a fresh battery installed although we were only able to get the bike running by bump starting it,” the seller reports. 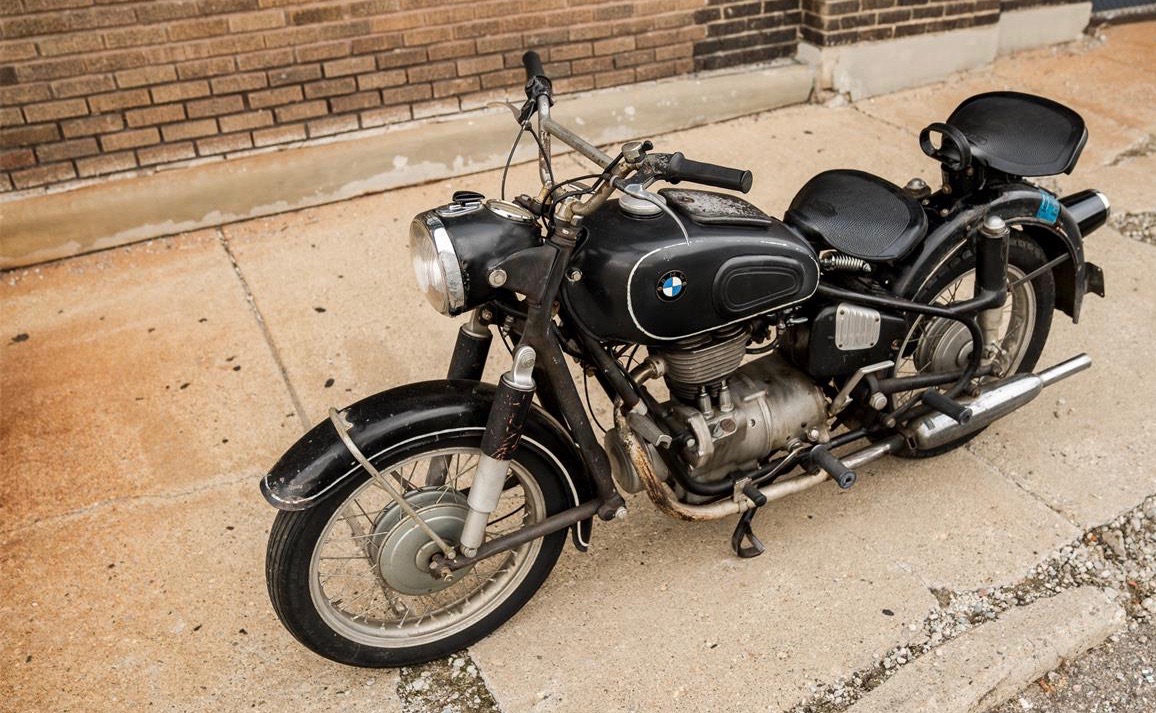 “With a bit of additional service, this R26 could easily be made roadworthy and would be the highlight of any motorcycle gathering or an excellent conversation piece in any collection.”

The original owner’s manual is included with the bike, which is on offer for $8,000.