Bob’s picks from the Worldwide auction in Scottsdale

Worldwide Auctioneers returns to Scottsdale for its third annual sale during Arizona Auction Week with about 73 cars, trucks and a motorcycle that cover a wide range despite their small numbers.

Worldwide again has managed to compile an impressive collection, including some big pre-war classics and examples of early motoring, anchored by a splendid-looking 1910 Cadillac Model 30 Demi-Tonneau, an advanced car for the era powered by a 30-horsepower 4-cylinder engine and three-speed transmission.

There are also five immaculate 1930s Auburns from the Tom Gaughen collection, three of them Boattail Speedsters; a pair of restored Duesenbergs, a 1931 Model J Custom Berline and a Model JN LWB Tourster, which is strikingly huge; a 1932 Lincoln KB V12 sedan; a 1931 Packard 840 Deluxe Eight roadster; and an unrestored 1930 Stutz Blackhawk roadster offered without reserve.

Examples of American muscle are on board, too, with an especially nice 1970 Ford Mustang Boss 429 coupe and a very cool 1966 Pontiac GTO “tri-Power” coupe.

There are a few oddities on the docket, such as the diminutive 1959 Messerschmidt KR200 micro car with “Tiger” upgrades, a totally enormous 1954 Packard flower car built for funeral processions, and a rusty, musty 1951 Ford F1 pickup that might look like a junkyard refugee but is actually a custom hot rod with tweaked flathead-V8 power, five-speed manual transmission, altered suspension, modern brakes and a completely redone interior.  An extremely stealthy build.

Worldwide’s sale starts at 5 p.m. Wednesday at its usual south Scottsdale site, with more information available on the auction website.

Meanwhile, here are some of my favorites: 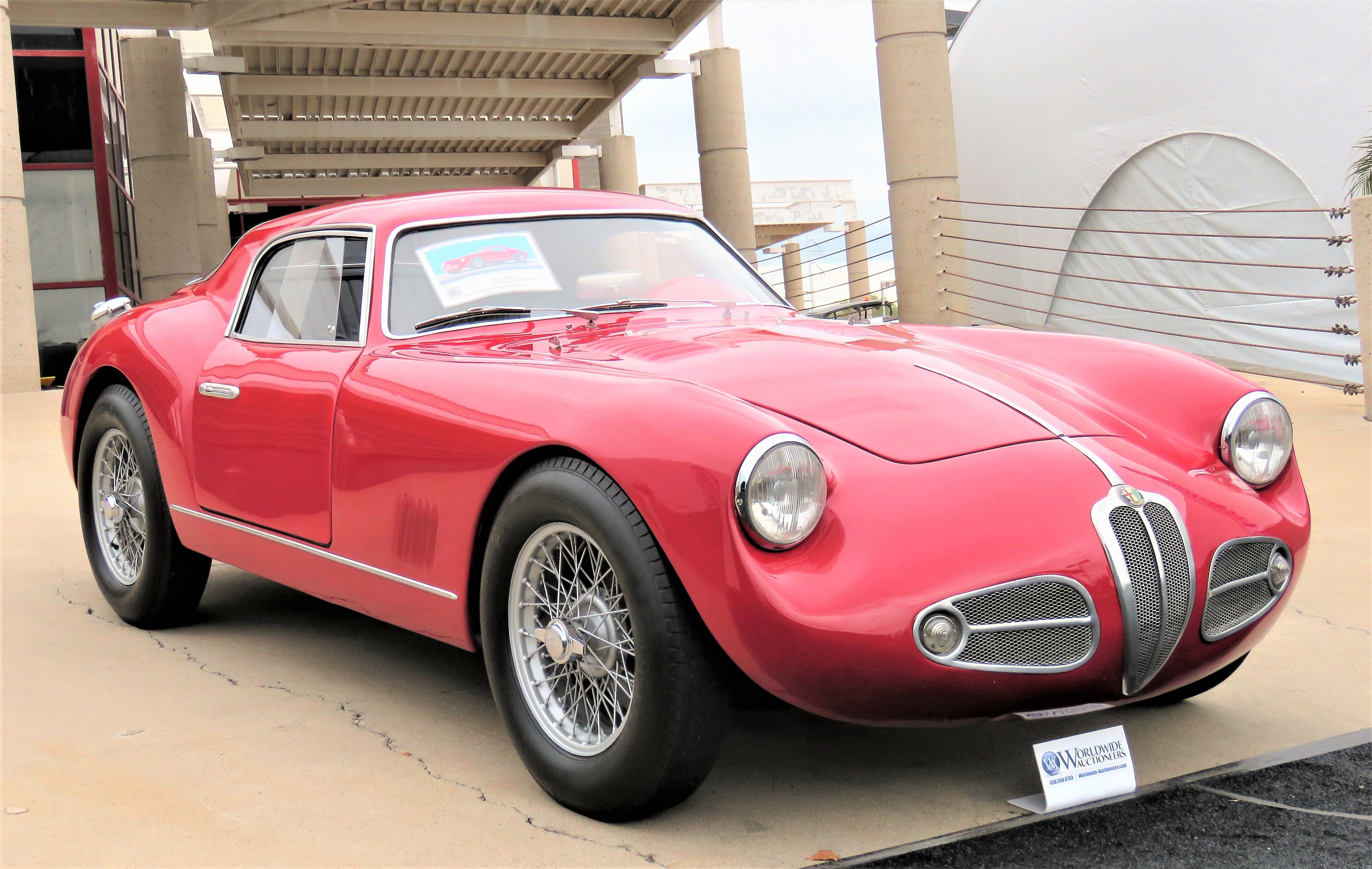 This great-looking coupe is a one-off build by Autotechnico Del Lario of Lecco, Italy, with evocative styling clues derived from Zagato, Bertone and Pininfarina. Its aluminum body in red is very striking with a great stance, and with the mechanical underpinnings of an Alfa 1900 Super. It’s hard not to fall in love with this beautiful Italian. 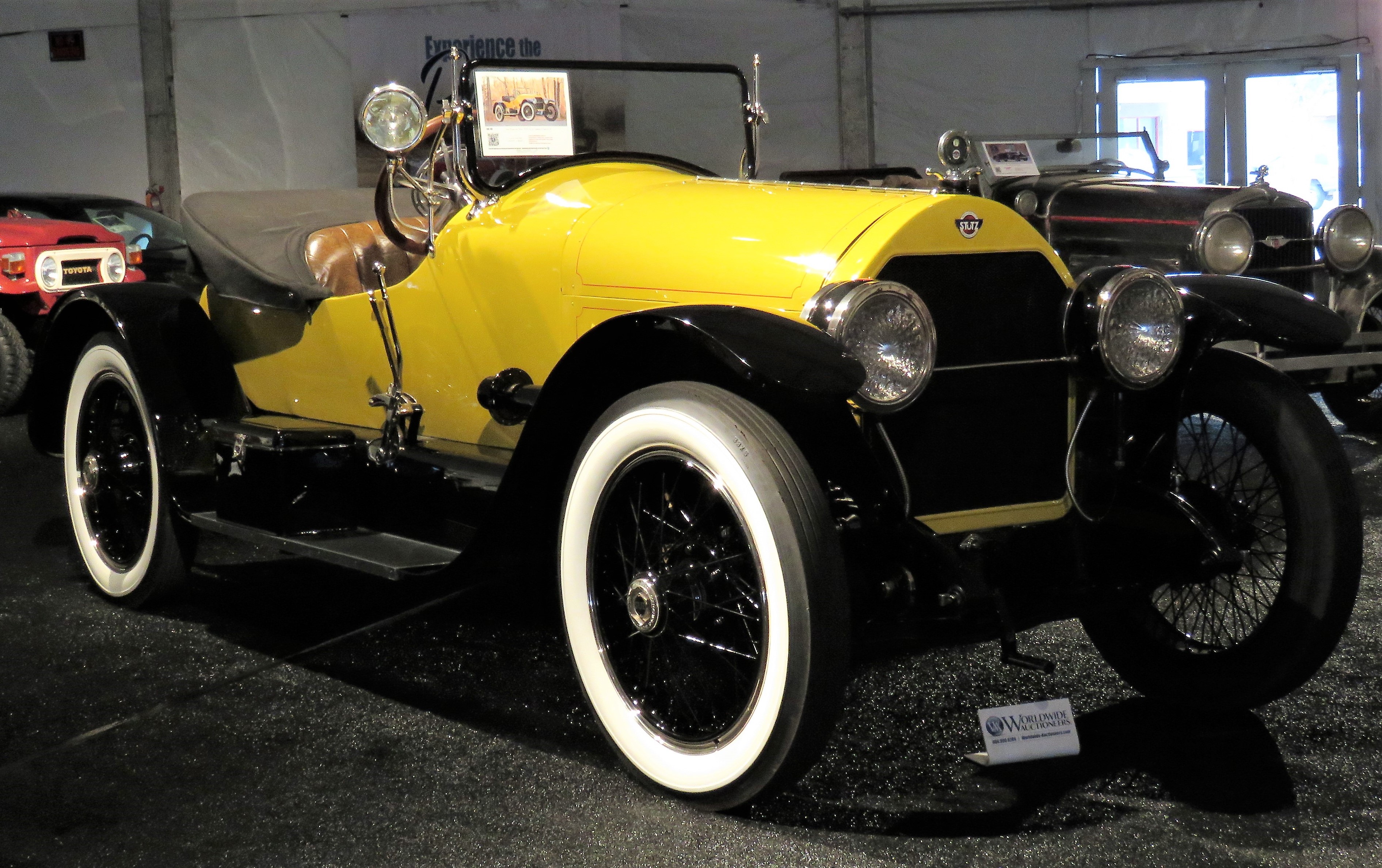 One of the greatest car names in history, this Bearcat is a superbly restored roadster that made me think of flappers, raccoon coats and jazz music by Fats Waller and Louis Armstrong.  Stutzes were sporty and competitive, and this brilliant-yellow example is powered by a mammoth 360cid 4-cylinder engine with 16 valves and 80 horsepower. 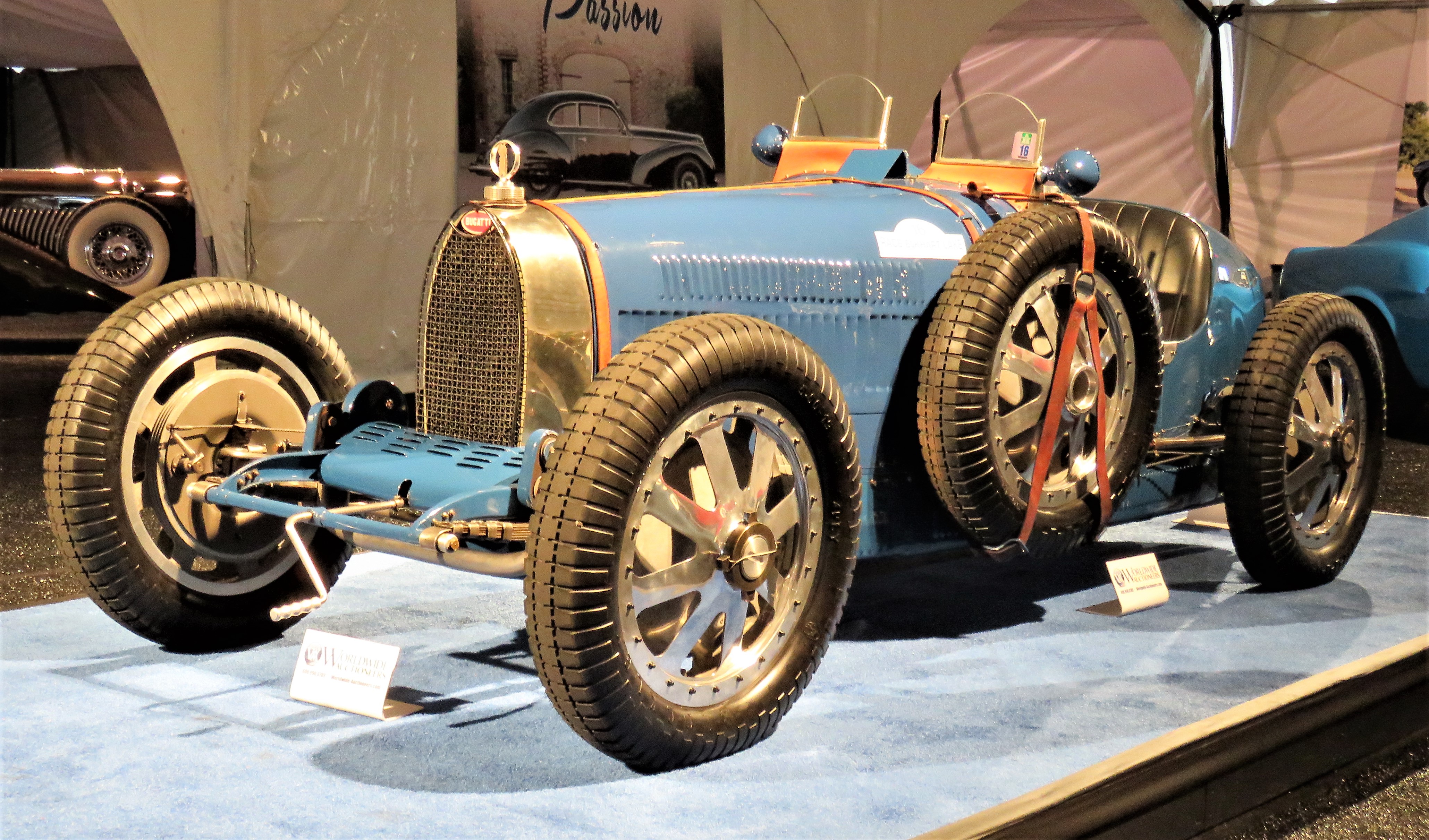 The most-valuable car at Worldwide is the most-iconic race car of the aforementioned Jazz Age, and this wonderfully restored example is alive and well, competing in historic racing and being driven 4,000 miles across Europe in 2017, according to the catalog.  There would be no prayer of getting my too-tall self behind the wheel, but it’s enough to stand back and admire this racer’s profound artistry.  Estimated value: $1.9 million to $2.4 million. 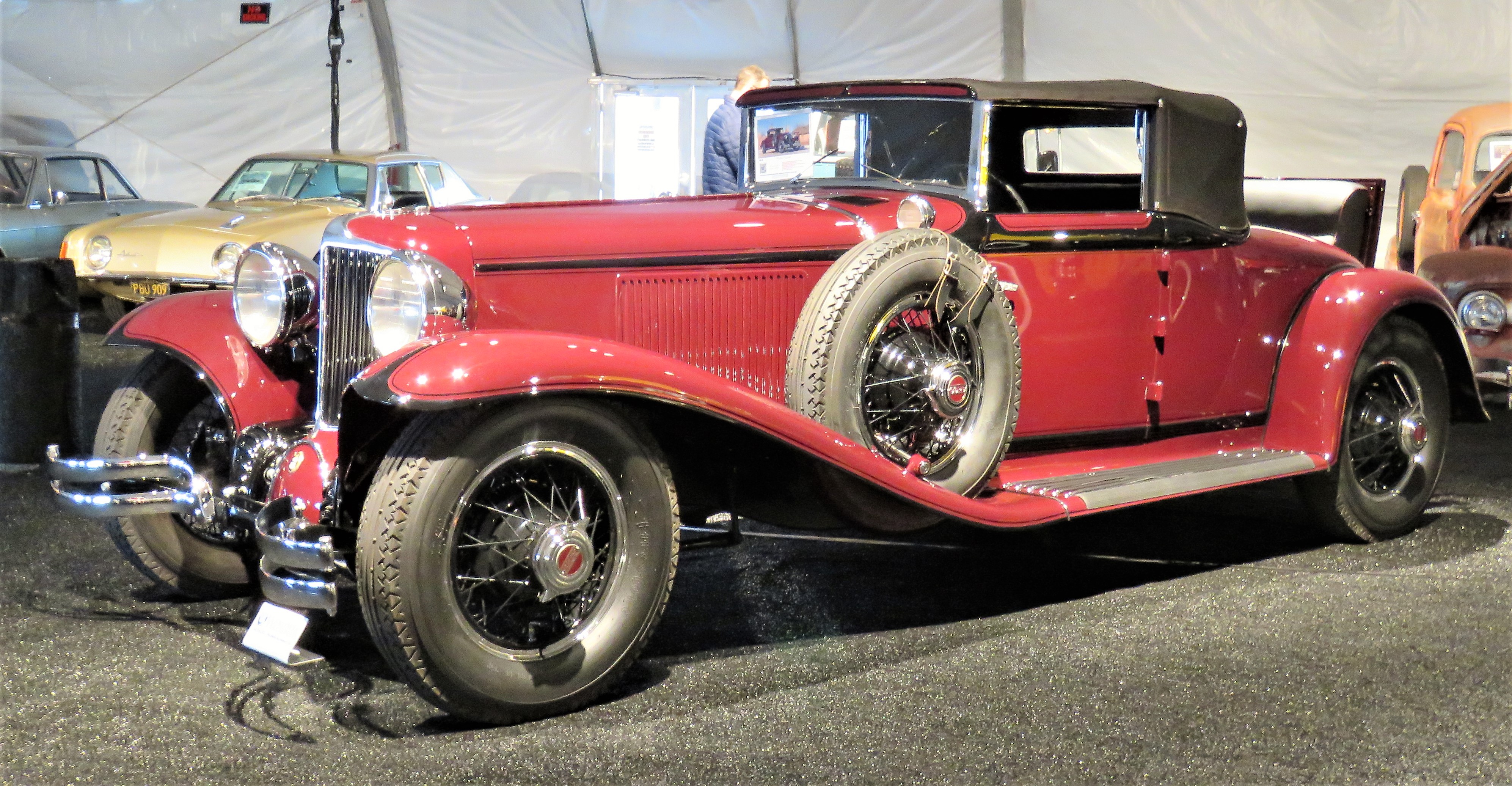 Although Cord is best remembered for the fabulous 810 and 812 models built later in the 1930s, the L-29 is a wonderful classic that pioneered front-wheel-drive in America, among its many innovations. An L-29 was famously owned by architect Frank Lloyd Wright, and this Cord looks painted in a color somewhat akin to Wright’s favorite hue of Cherokee Red. 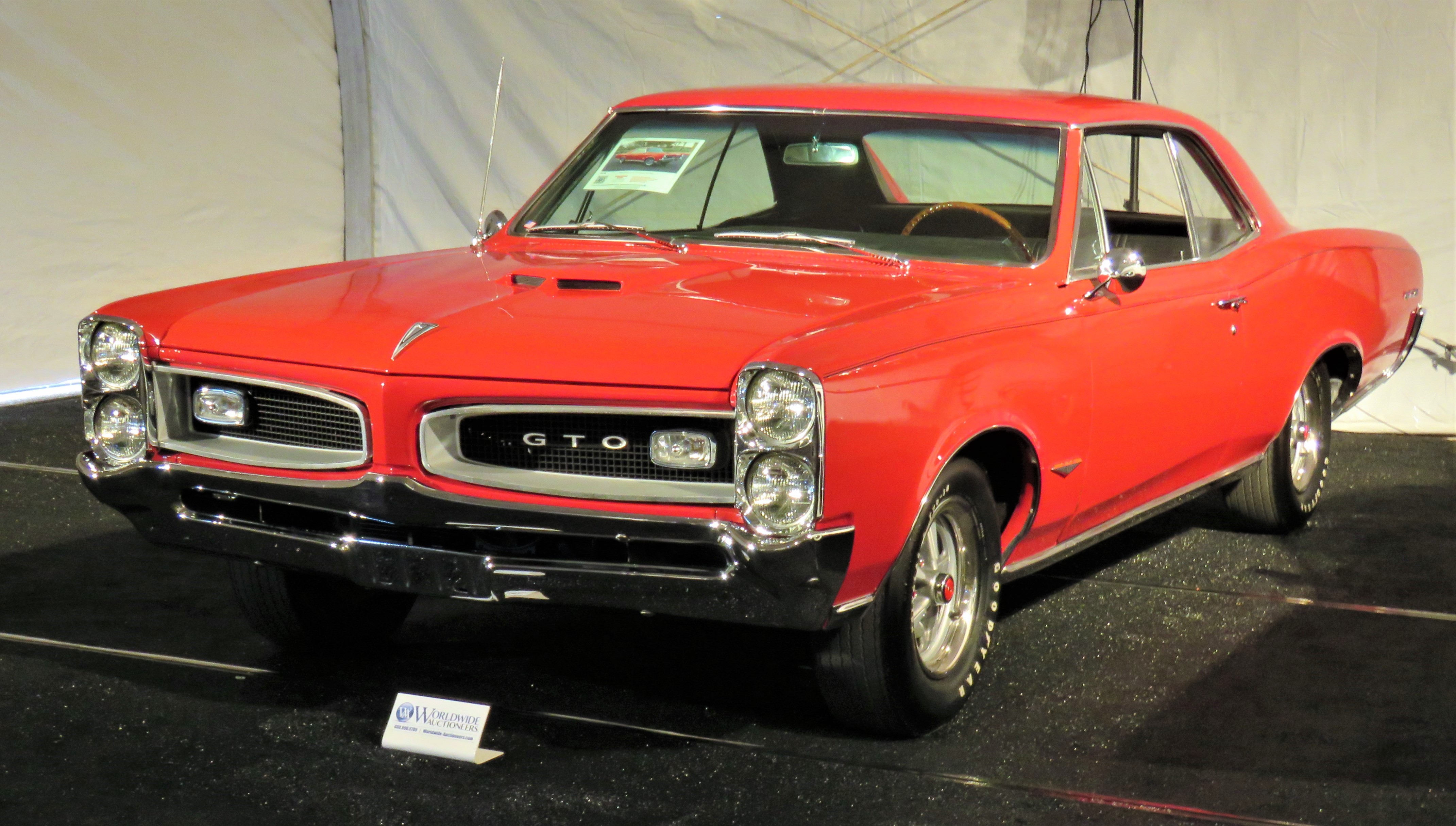 Speaking of red, this GTO has a deep-red paint job polished to a mirror shine on a numbers-matching car than has been restored to original specs, right down to its Goodyear Polyglas tires.  The 389cid V8 fitted with three two-barrel Rochester 2G carburetors sends 365 horsepower through its factory Hydra-Matic automatic transmission.  Aging myself, this Goat totally takes me back to teen-age fantasy.  I still dig it. 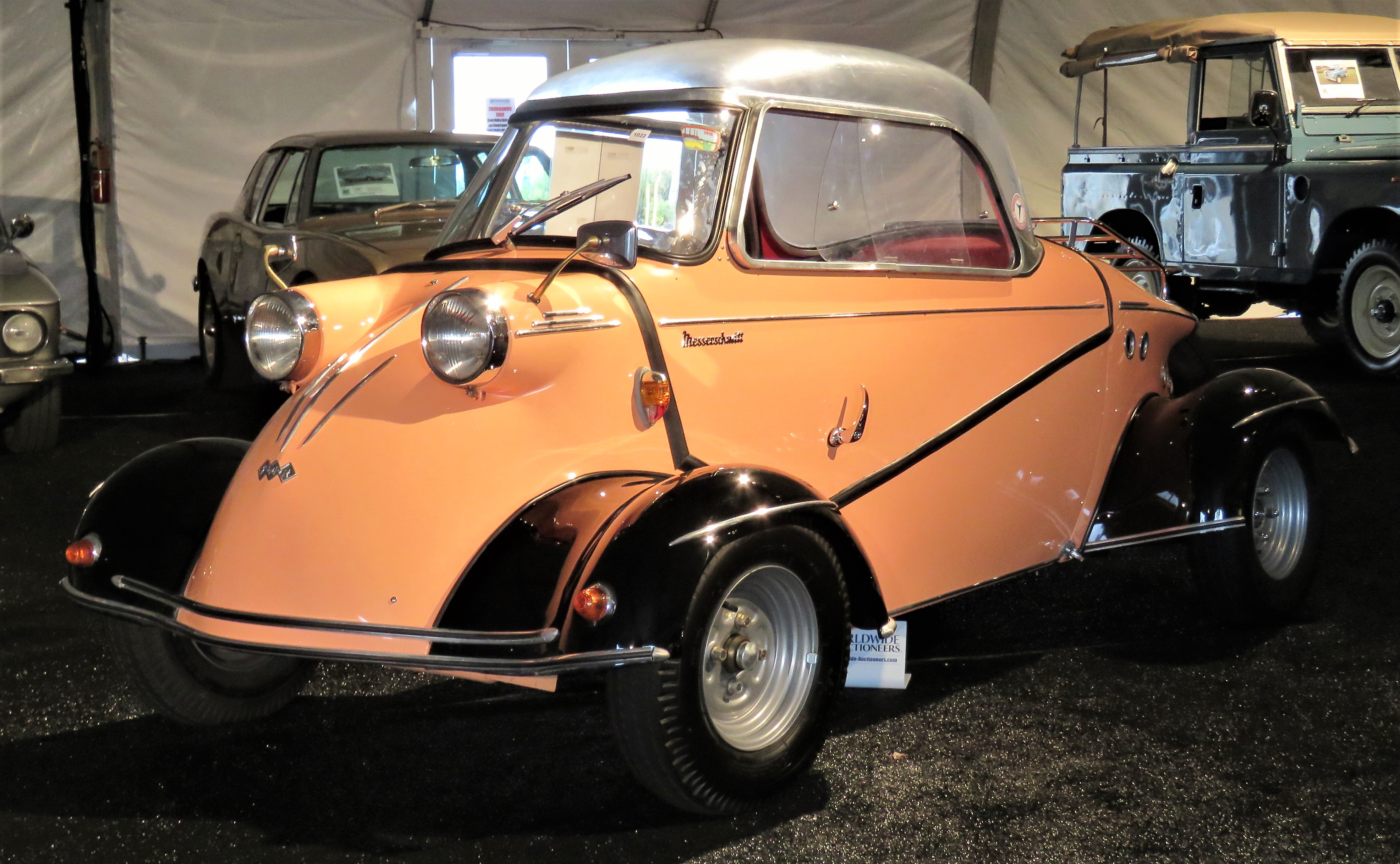 At the other end of the scale is this most-minimalistic microcar from Germany, a tandem two-seater with a bubble top and handlebars instead of a steering wheel. What’s not to like?  These are ultra-popular among little-car collectors, and this one benefits from a very-nice paint job in a funky color with black fenders. 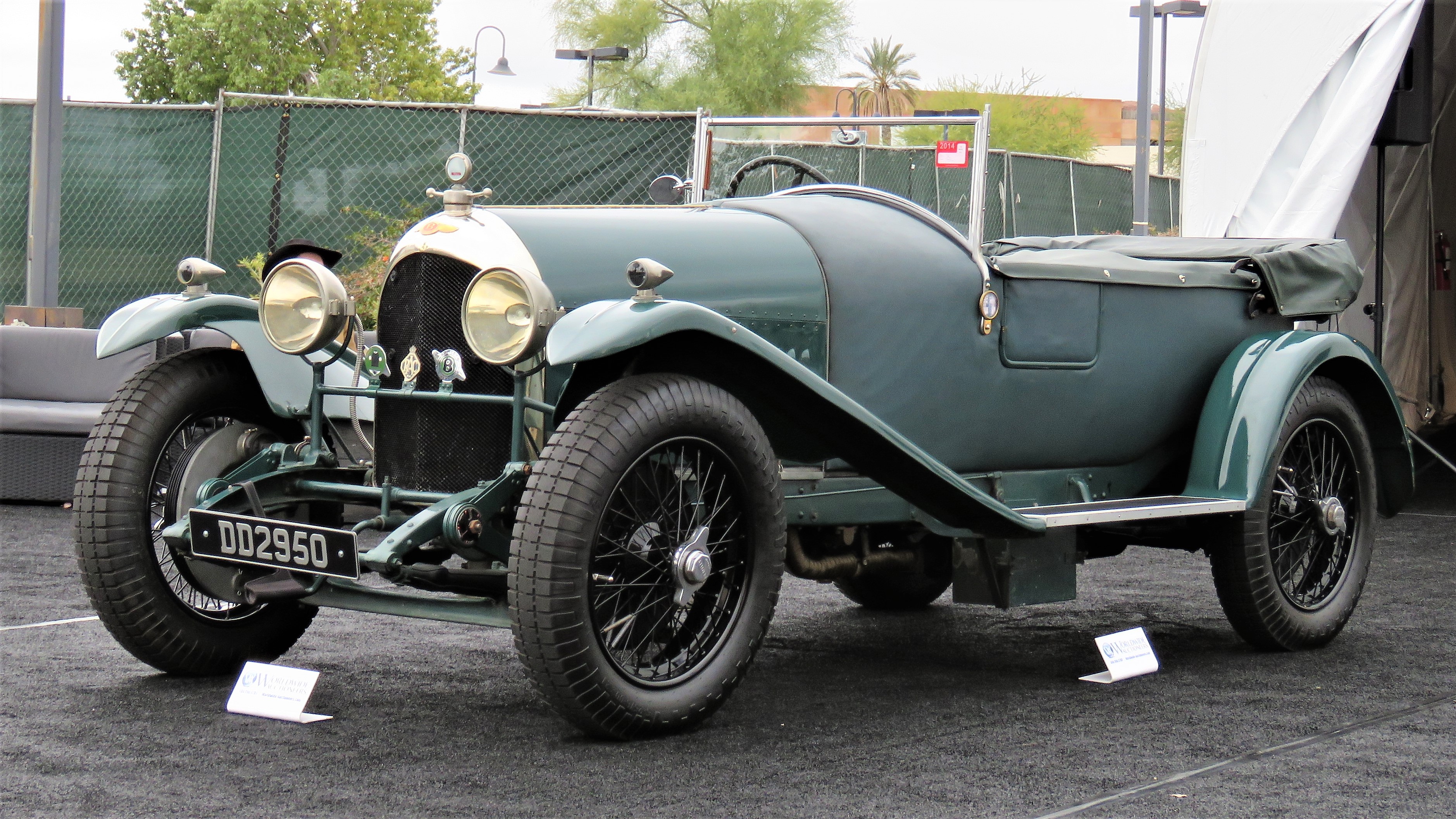 A splendid example of the first W.O Bentley model, continuing the British marque’s sporting credentials on a grand scale, this factory-original Red Label Speed Model is a lightweight touring car with a body coachbuilt by Vanden Plas. The handsome craft is well-known and admired among vintage-Bentley fans, who are very serious about their machinery.  All of which adds up to a great piece of early automotive history that you can confidently drive in rallies and events. 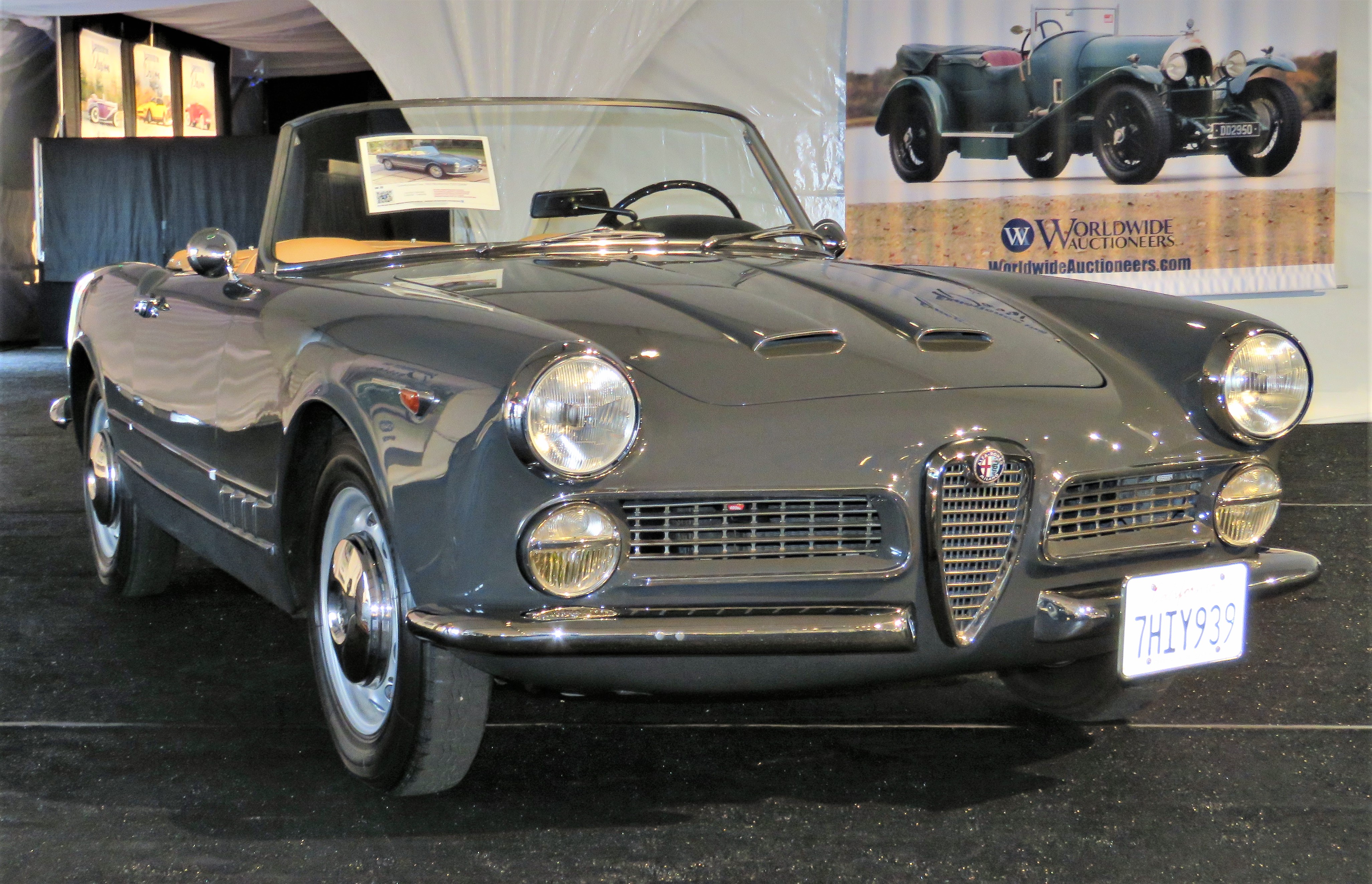 Here’s another wonderful Alfa, this one a late-production 2000 sports car with a sleek body design by Carrozzeria Touring of Milan.  Fewer than 3,500 of these “big” Alfas were produced, and this one was built to U.S. spec.  A very glamorous car that would be a joy to own. 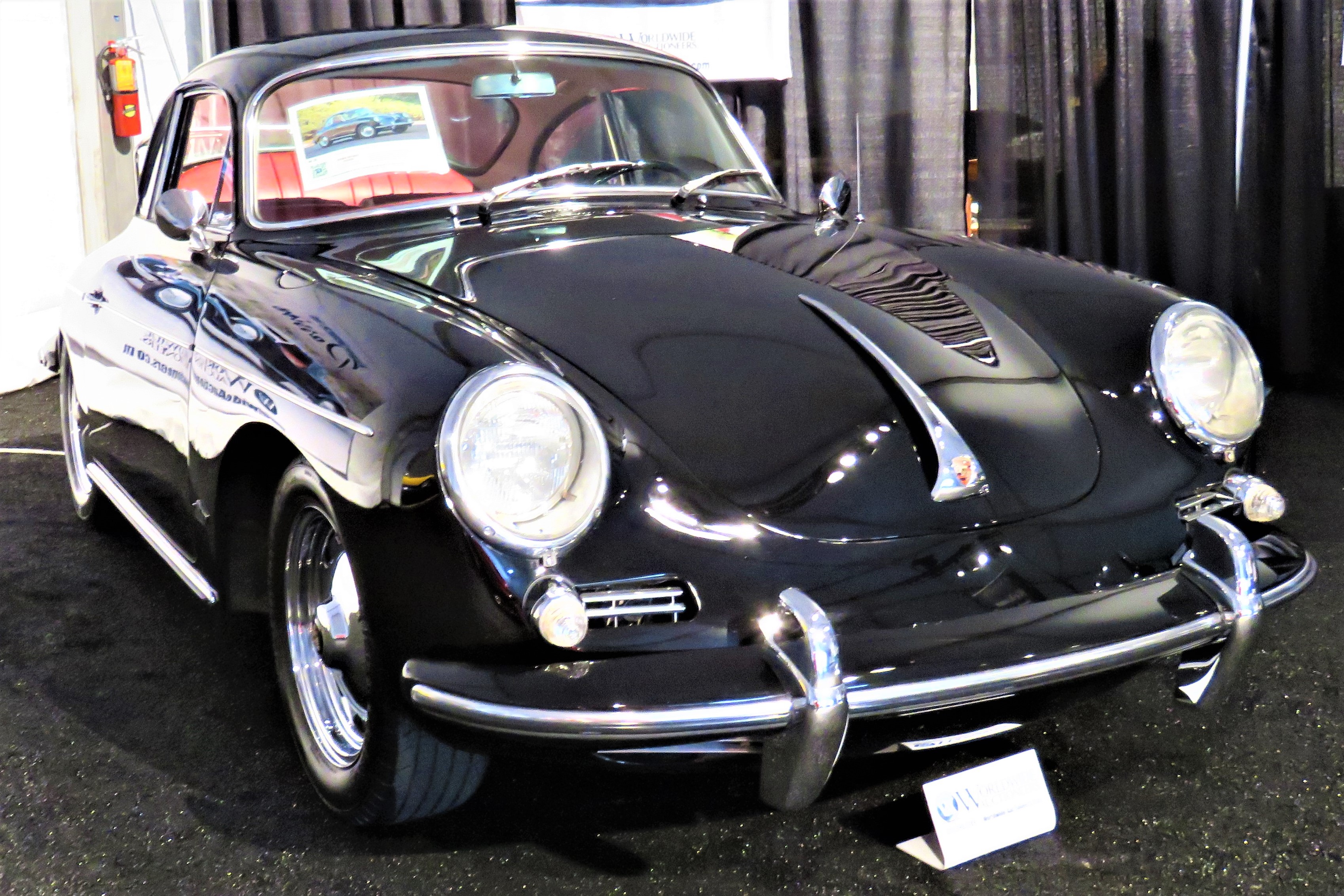 Yes, editor Larry, I’m a sucker for these little Porsches, owning one myself but not nearly as excellent as this highly optioned and well-restored beauty. Black with a red interior, as original, really sets off the car’s unique styling character, and this late-model coupe near the end of the 356 era is equipped with such niceties as a real vintage Blaupunkt radio and correct luggage rack.