Silver Auctions Arizona’s second January sale under new ownership has moved to a new location, about 30 miles west of its longtime venue at the Fort McDowell Resort to the Peoria Sports Complex, home of Cactus League Spring Training for the Seattle Mariners and San Diego Padres, as well as Arizona Fall League baseball games.

Silver has a new time slot, too.  This year, it’s the first sale of Arizona Auction Week, with collector cars and automobilia crossing the block today through Sunday. The six other auctions in the Phoenix/Scottsdale area don’t begin until next week.

About 300 cars, trucks and motorcycles ranging from vintage classics, street rods, trucks, customs and muscle cars to some late-model used vehicles, are expected for the three-day sale.

Looking over the collection that had assembled Thursday afternoon prior to the bidding, it’s immediately apparent that Silver continues its role as an everyman auction compared with much of the high-end fare at the other sales.  This is a great place for a hobbyist who enjoys driving and tinkering to pick up a fun vehicle at a reasonable price.

That was the position that Mitch Silver of Spokane, Washington, had maintained for his Arizona auctions for 20 years before selling them in August 2017 to Emmett Rice, a Texas car dealer who lives part time in Scottsdale.

There were some interesting vehicles that caught my eye, and here are eight of my favorites that will cross the block sometime this weekend: 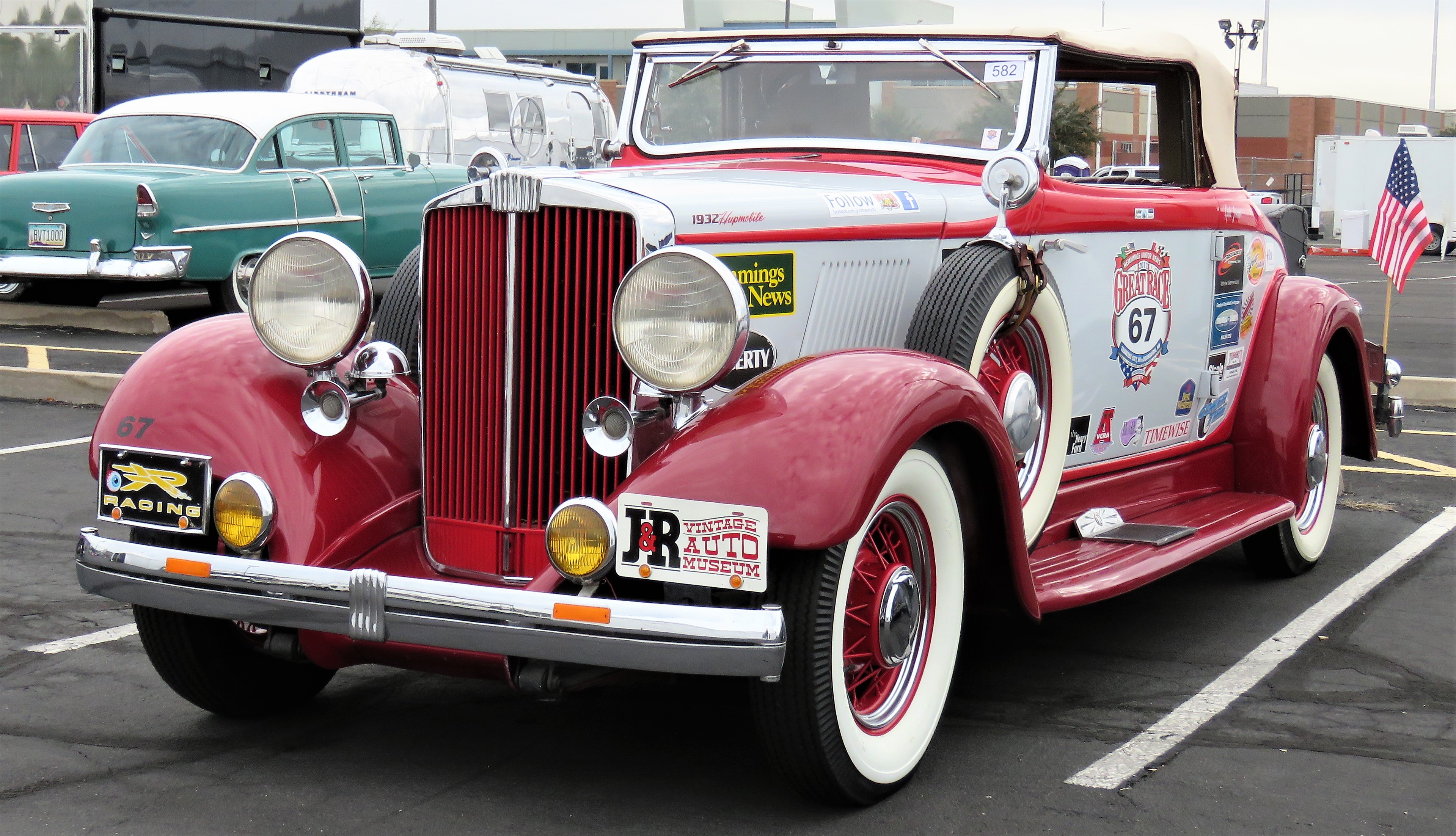 This was the first car I noticed, for obvious reasons, a pre-war classic dressed up in full Great Race regalia, memorializing the three times it competed in the coast-to-coast vintage-car rally, in 1992, 1993 and 2012, according to window placard.  A great old car with a great history.

I’ve always loved the looks of these Caddies, which were just beginning to sprout fins on their rear fenders as they took on modern post-war America.  This car is especially appealing in its fastback two-door form.  The consigner claims that the coupe is highly original with just 61,000 miles and a single repaint in the correct gray color.  The interior and trim look splendid. 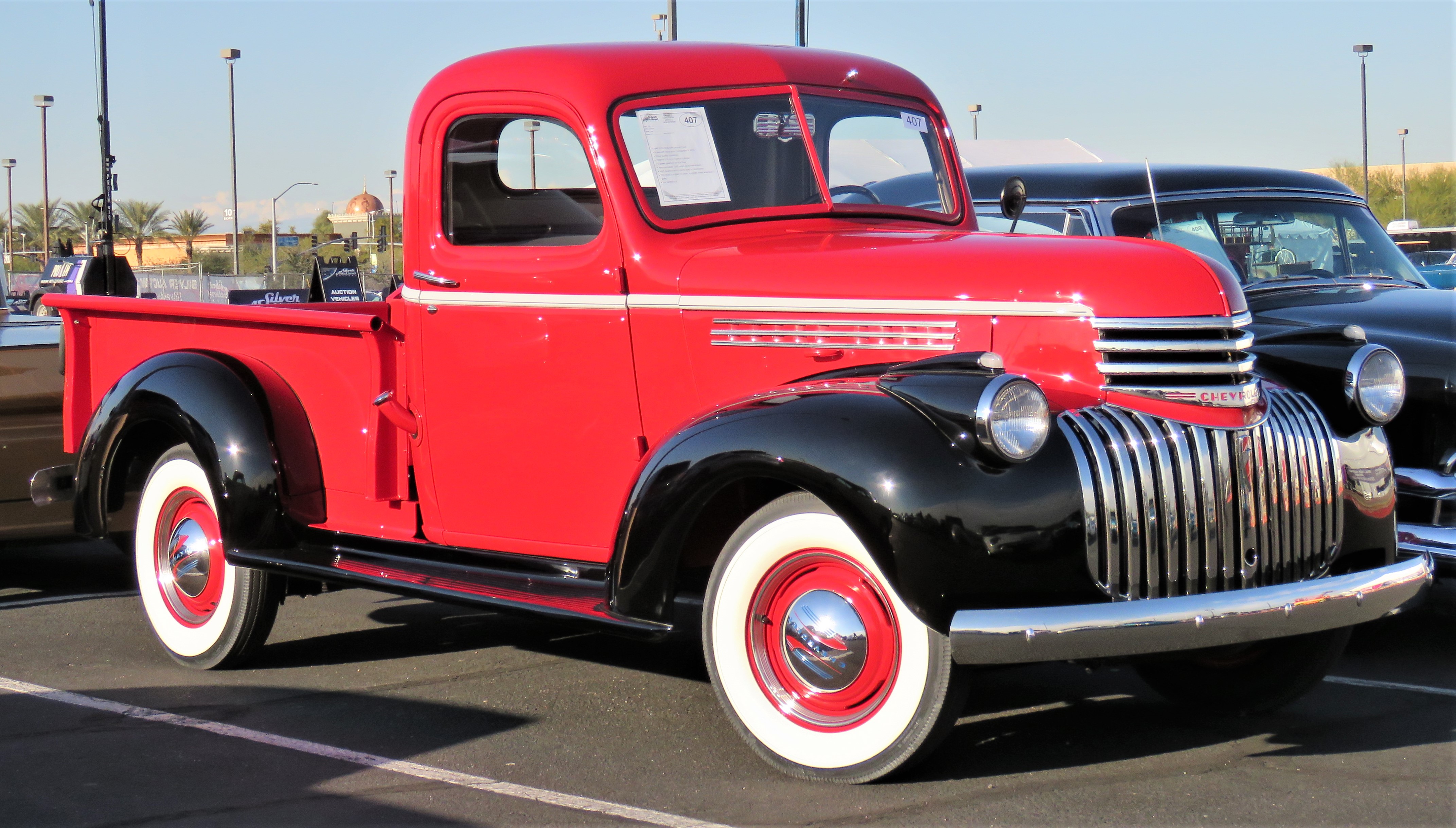 There are quite a few vintage trucks at Silver, and this one was my favorite, a recently restored-to-original Chevy in black and red.   Pickups of this era were basically pre-war models produced to feed a booming demand for work and farm trucks, so that few of them ever looked this great back in their day.  Whitewall tires and all.  Very nice. 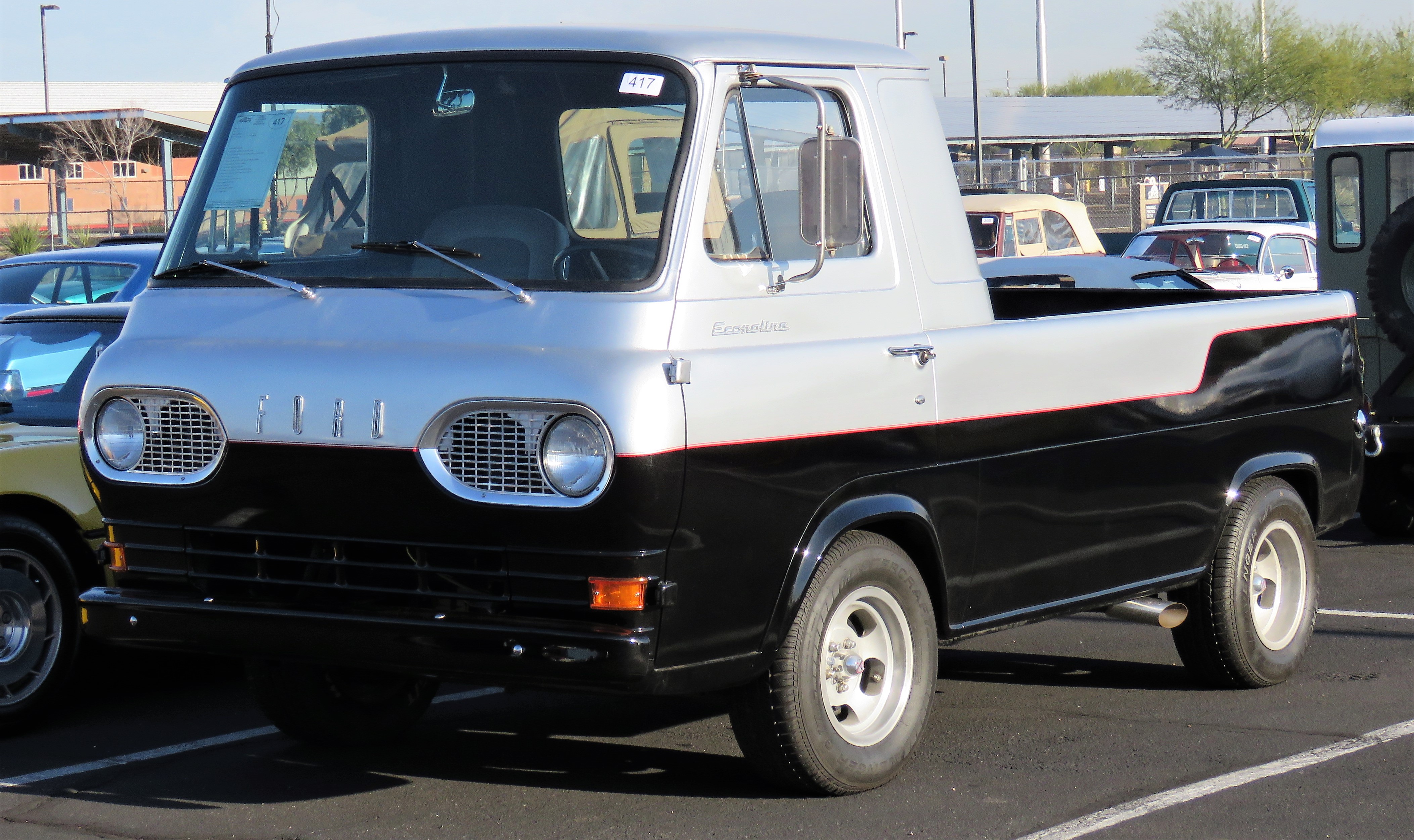 Here’s another take on a pickup truck, a cab-forward design that is oddly appealing, looking like something a space alien might drive.  This one has been lightly resto-modded with a driver-quality paint job and interior.  One might ask, where’s the engine in this thing?  Why, in the “doghouse” between the seats, of course.

Getting away from the strictly utilitarian, we have this elegant duchess from the ‘50s, dressed in pale choral and showing just over 31,000 miles on her stylish odometer.  This period of Lincoln is under appreciated, with the typical middle-child syndrome of coming just after the iconic Mark 2 and before the stunning pontoon-fendered Lincolns that arrived in 1961. The decidedly Baroque styling of these cars has grown on me.  I knew someone with a ’58 Continental coupe that he named Dame Edna. 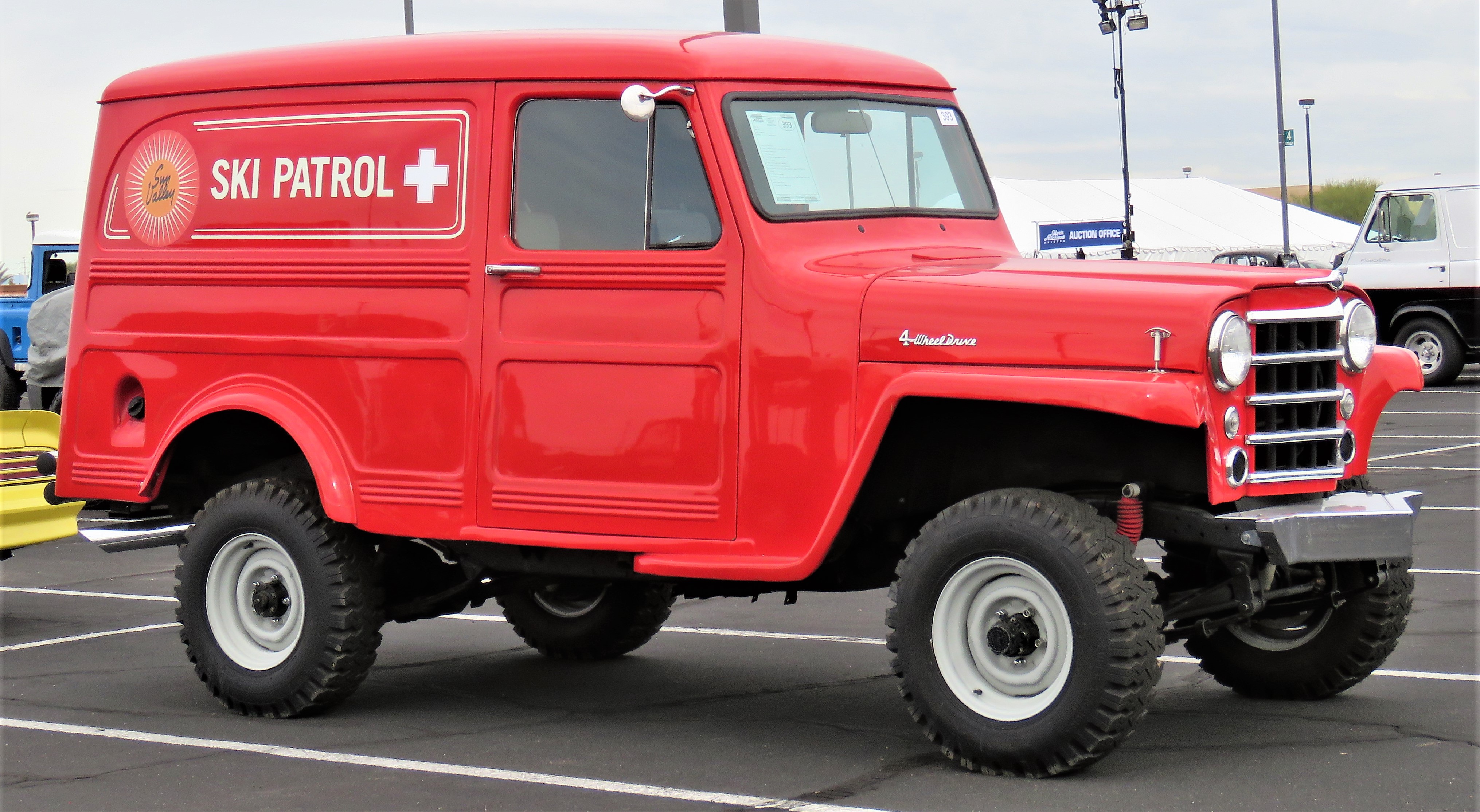 Here’s a piece of four-wheel-drive theater that would be fun to take into the high country when it’s blanketed in snow.  Stay away from the slopes, though, as someone might demand assistance.  This wagon has been resto’d with a Chevy 350cid V8 and automatic transmission, power steering, brakes and windows, and a custom interior complete with air conditioning.  Not exactly roughing it. 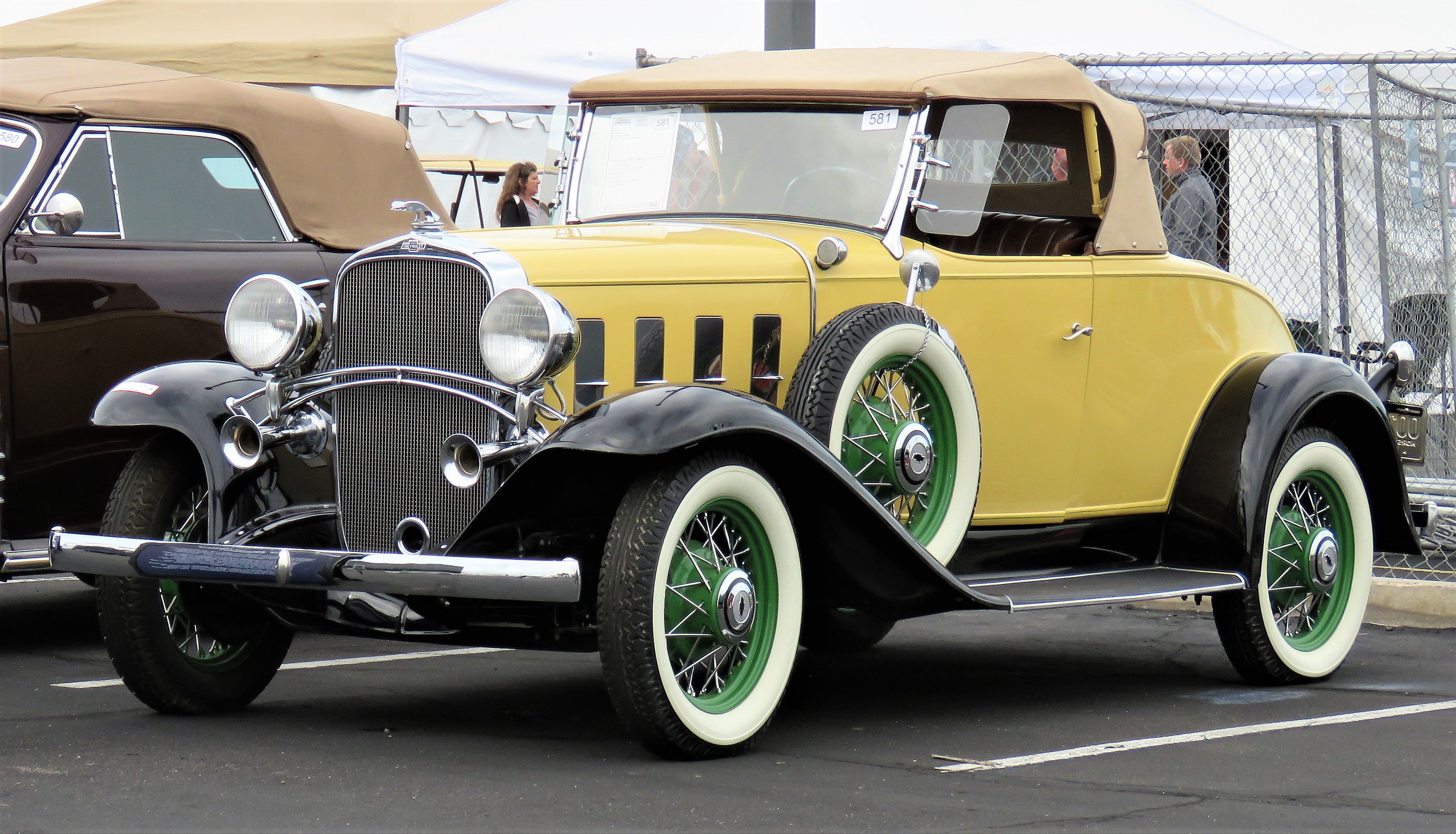 This is a sweet-looking veteran looking for a new home, and who could resist the charms of this little roadster, fully equipped with the custom trim of its time.  The vintage Chevy has been nicely restored and is ready to go or show. 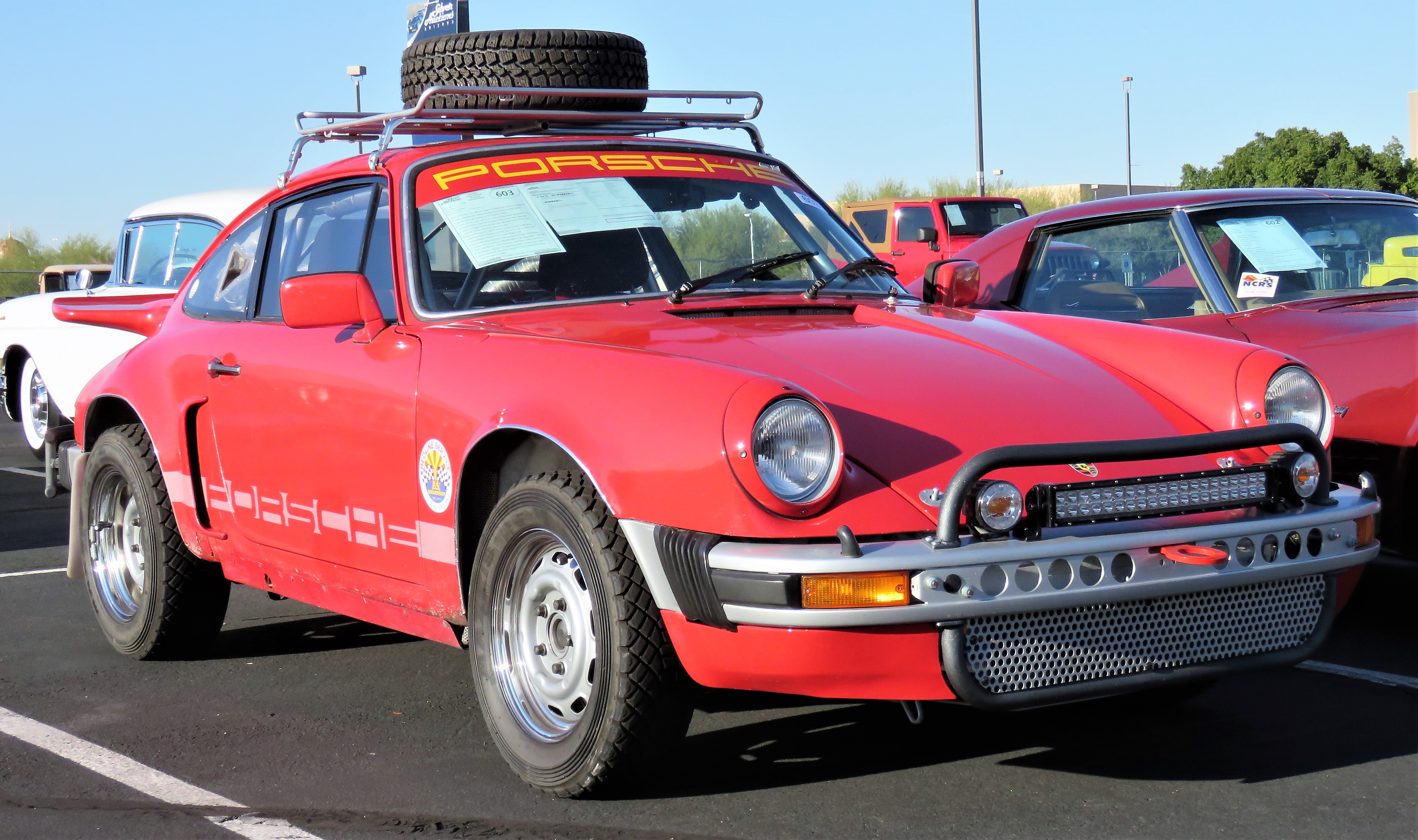 OK, I’ve saved my very favorite for last (and I know that editor Larry Edsall is rolling his eyes right now), a macho 911 that’s been set up for the rugged travails of off-road competition.  The seller says on the auction placard that the race gear is easily removable so that the Porsche can perform as a less in-your-face off-roader. The coupe was recently completely disassembled and refurbished, the placard says.  I’d like to buy this and head for the Baja.