Ten million. That’s the milestone Ford Motor Company reached in August 2018, when the ten-millionth Mustang drove off the assembly line.

From those millions built from 1964 to now, owners have enjoyed countless cruise nights, drag races, burnouts and car shows, not to mention drives to work made much more entertaining than if they’d been done behind the wheel of some generic four-door sedan. Every Mustang is special to its owner, but some Mustangs — thanks to rarity, history or a compelling backstory — are more special than others.

In the top tier of special Mustangs is this Caspian Blue 1965 Mustang that will be offered for sale with no reserve during Barrett-Jackson’s upcoming Scottsdale auction, January 12-20, 2019. It is the Ford Pilot Plant/pre-production first Mustang hardtop, assigned VIN 5F07U100002, making it the first pre-production Mustang hardtop to be assigned a Vehicle Identification Number at the Dearborn Assembly Plant. 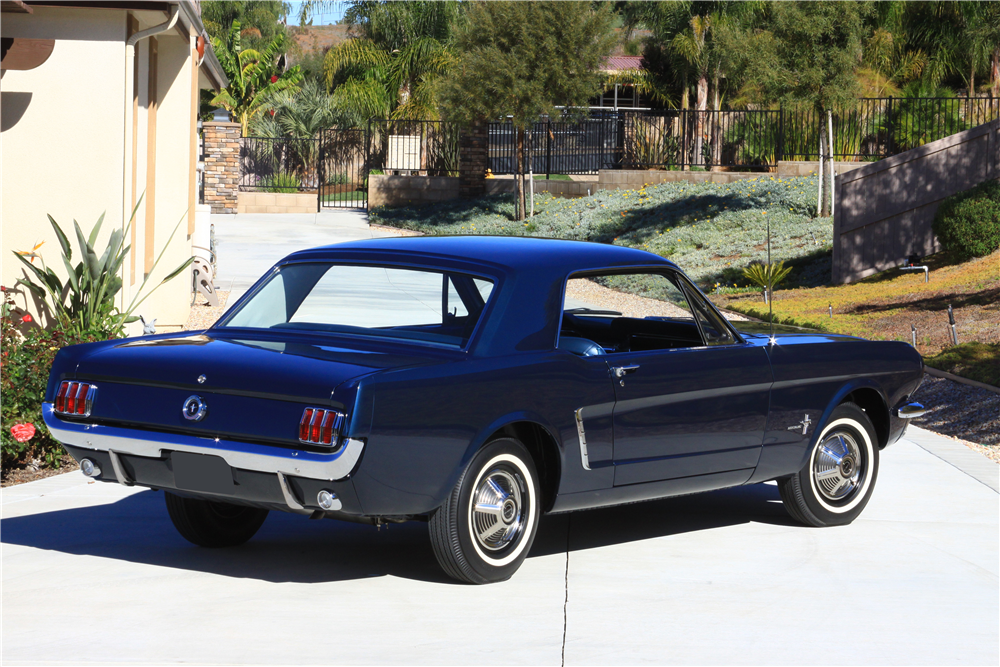 VIN 00001 was given to a white pre-production V8 convertible, a car that currently resides in the Henry Ford Museum.

In the buildup to the Mustang’s launch, Ford assembled numerous pre-production cars in order to test the first run of parts and, later, the assembly line procedures. This car is one of those Mustangs. Its chassis (No. A15) was hand-assembled in the Ford Allen Park Pilot Plant in January 1964, and then final assembled on the pre-production assembly line in February. The earliest date code discovered on the car is from July 11, 1963, and many other date codes are from late ’63. Although the factory date code shows a March 5, 1964 build date, the car was actually assembled during the pre-production run in February and March.

The Mustang has been owned by noted Mustang historian and author Bob Fria since 1997. Fria is well-respected in Mustang circles, having been chairman of the historical committee for the 50th anniversary celebration of the Mustang, among other honors. He is responsible for the Mustang’s restoration to factory-new condition suitable for museum display, along with uncovering the full story on the car. It took three years of exhaustive research to nail down all the facts. “When I first acquired it, it needed a complete restoration,” Fria said.

Restoring a pre-production vehicle is a more difficult undertaking than restoring a regular production car. Many of the parts are unique to the vehicle, or were borrowed from other Ford vehicles. “There are actually about 50 items different from the early ʼ64-1/2 (regular production) Mustangs,” Fria said. Among them are the straight Fairlane-style shifter, the Falcon dashboard and the smooth, lead-filled body seams, typically used on cars destined for car shows or dealer displays. 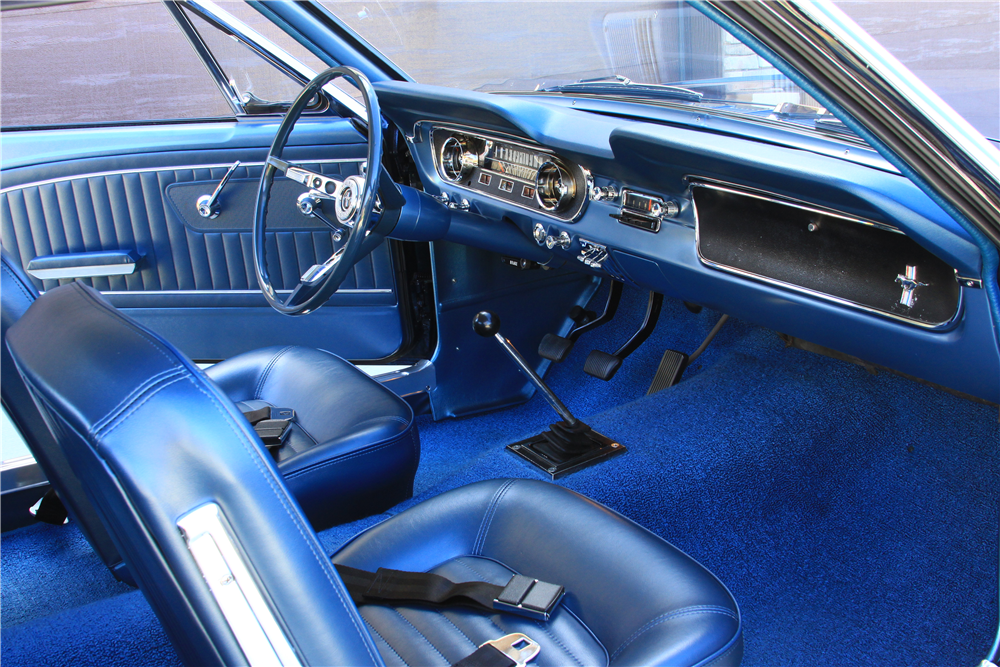 Ford offered the Mustang with a wide-open catalog of options and models, but this hardtop is an example of what the buyer got for the base price: 170cid 6-cylinder engine, 3-speed manual transmission, manual steering and 13-inch wheels.

Not surprisingly, as the first hardtop Mustang destined for retail sale, this car incorporates a number of other firsts: It was the first production 6-cylinder Mustang, the first painted Caspian Blue and the first Mustang shipped to the Yukon Territory in Canada, which is a tale all in itself.

The Mustang was supposed to go to Vancouver, but was instead sent to Whitehorse Motors in the Yukon Territory, where, after sitting unsold, it was used as a demonstrator by one of the salesmen. In a twist, it did not sell new until the spring of 1965, likely due to the Plain Jane nature of the car. The dealership added the block heater accessory, but otherwise the Mustang was still fairly bare-bones. 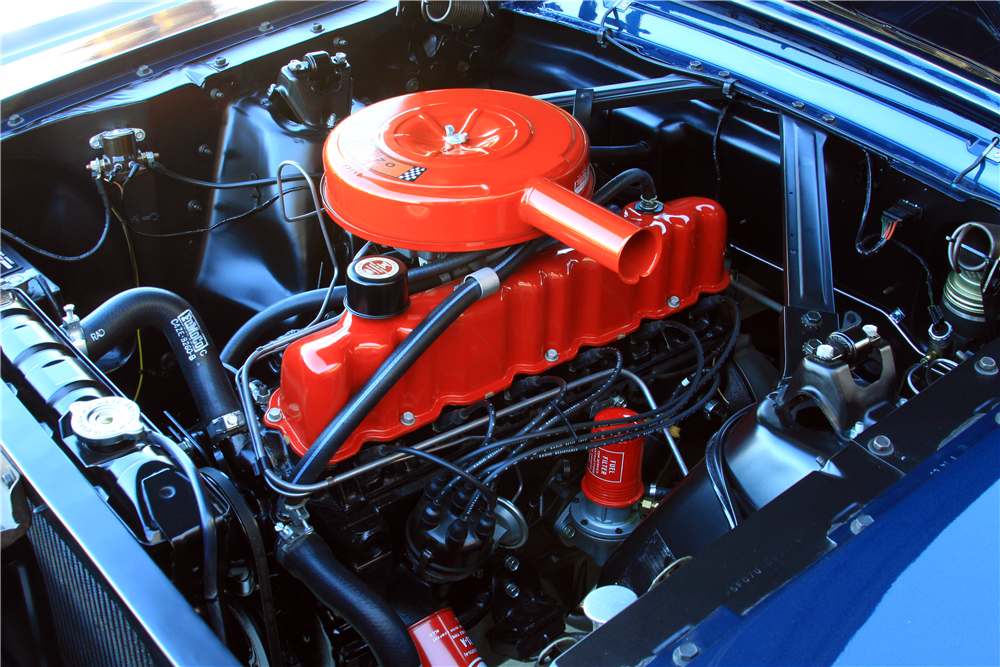 The Mustang lived in obscurity for decades, passing from owner to owner, until Bob Fria purchased it and recognized its place in Mustang history.

The provenance for this car is impeccable, thanks to Fria’s efforts. It would be difficult to assemble a greater collection of documentation without a time machine set for the 1960s. The stack of documentation includes a three-inch-thick binder plus another two-inch-thick binder filled with ownership and condition affidavits from previous owners, as well as the general manager of Whitehorse Motors.

Included is a letter from Ford Motor Company verifying it is the first Mustang hardtop to be assigned a Vehicle Identification Number, plus photos, statements and signatures from Mustang royalty such as Lee Iacocca, Hal Sperlich, Don Frey, Gale Halderman and others. The restoration was completely documented in 35mm slides and video formats. 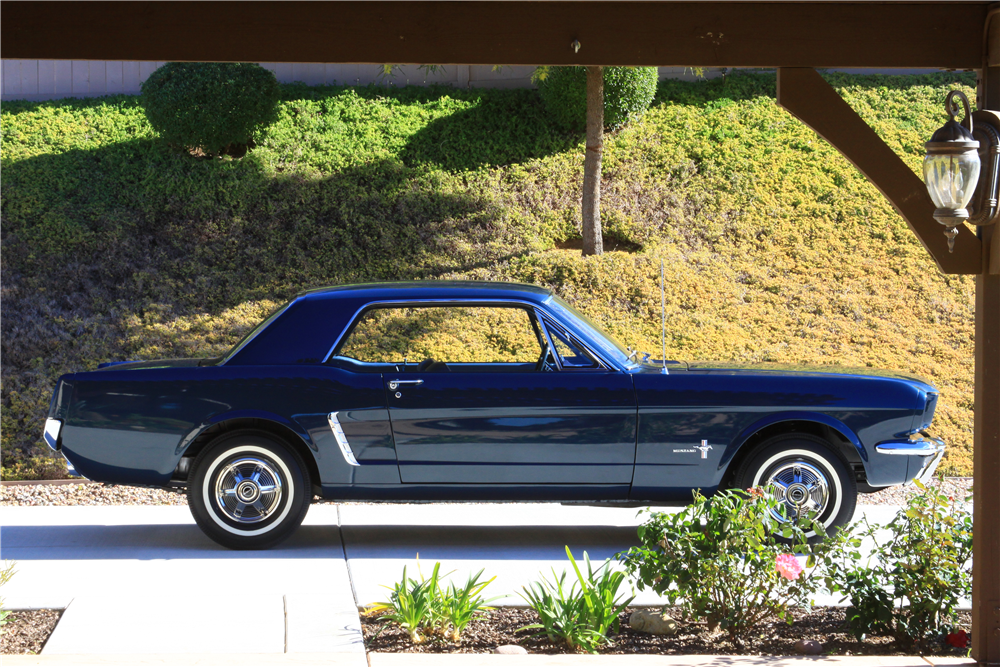 It has been featured in videos, magazines and books, and the car is still adding to its history ‒ it has been used in video shoots for an upcoming feature film that tells the true story of the battle between Ford and Ferrari to win Le Mans in 1966. With the working title of Ford vs. Ferrari, the film stars Matt Damon as Carroll Shelby, and is scheduled to be released in the summer of 2019.

The buyer of this Mustang will be able to start filling another binder immediately.