Later this month, during Arizona Auction Week, seven sales companies will offer up perhaps 3,000 collector cars for bidders to consider. But now consider that over the course of an 11-day run that continues through Saturday, January 13, Mecum Auctions alone will parade 3,500 vehicles down its runway during its annual visit to Osceola Heritage Park in Kissimmee, Florida.

And to think that some people think Kissimmee’s main attraction is the Florida residence of Mickey Mouse and Company.

In addition to 3,500 vehicles on its 2019 docket, Mecum’s Road Art division has its own auction block in the park and 2,500 lots of vintage signs, gas pumps and globes, pedal cars and other automobilia and petroliana — as well as the historic sign from atop Hollywood’s famed Brown Derby restaurant — for sale.

We’ve already reported on the Road Art and what we’d like to be taking home from that auction. Today we shift to the collector car portion of the Mecum auction.

Actually, make that today and tomorrow, because with 3,500 vehicles on the grounds — some in buildings, some in tents, some parked out on the open — there’s simply too much to try to limit our “picks” to a single story.

So here’s the plan: Today I’ll share what I consider to be my favorites among what likely will be the most reasonably priced/generally affordable vehicles I’ve seen while wandering around the place, and tomorrow I’ll do the same thing for the higher-priced vehicles, though in both cases I’m barely skimming the surface of what’s available on the Mecum docket.

So, with those guidelines in mind, here we are: Ready. Set. Bid. 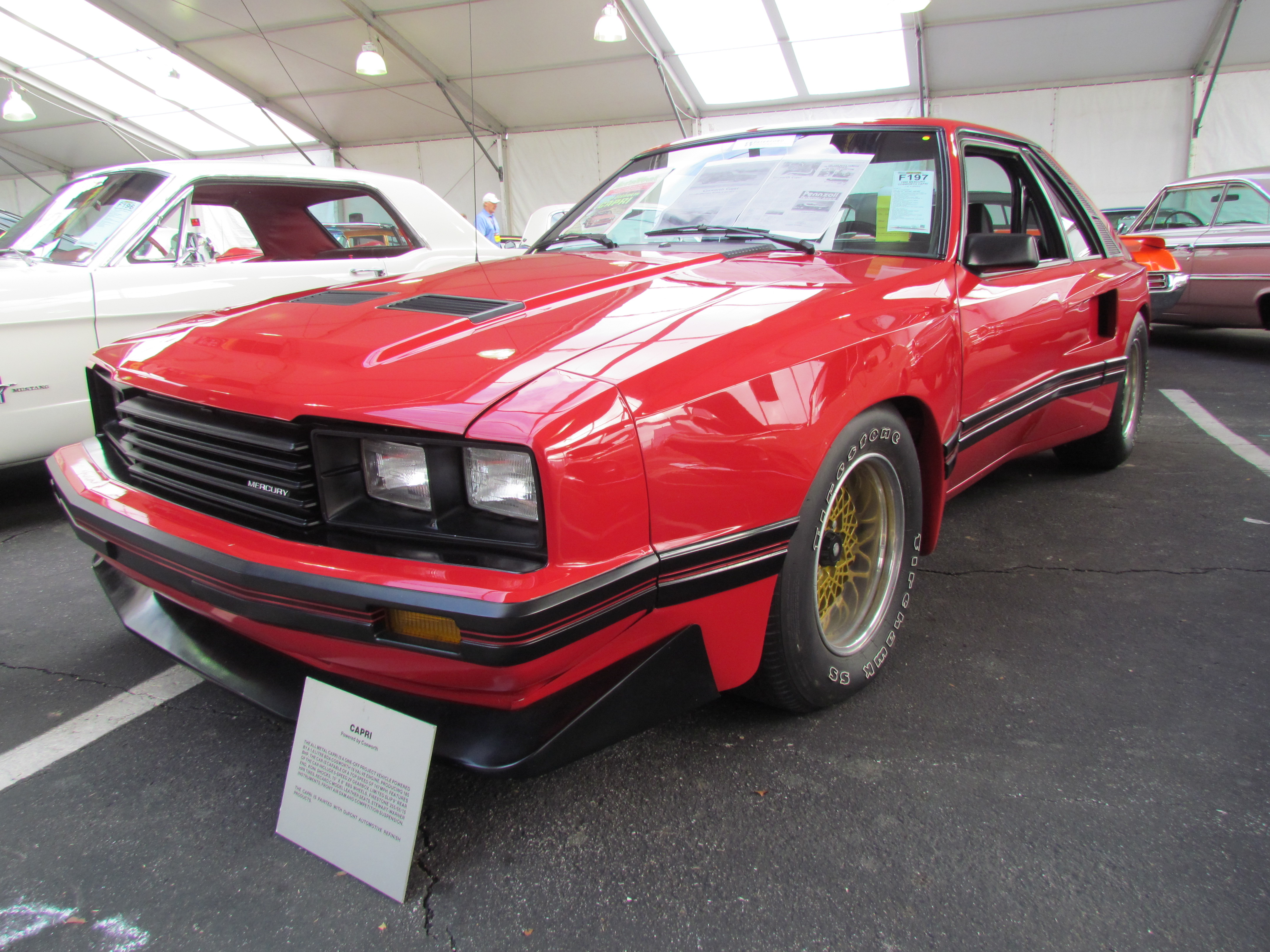 This is the one-off car featured on the cover of AutoWeek magazine in 1981 after being built as a joint venture by Mercury and McLaren Engineering, with custom steel coachwork by Ron Fournier. The 1.6-liter Cosworth 4-cylinder engine is tuned to Formula Atlantic racing specs and provides its 186 horsepower through a ZF 5-speed manual gearbox, so it’s reportedly good to reach 60 mph in a mere 6 seconds. It rides on three-piece BBS wheels and was built as a showpiece and not for public sale, so it’s been driven only 468 miles in its entire lifetime. 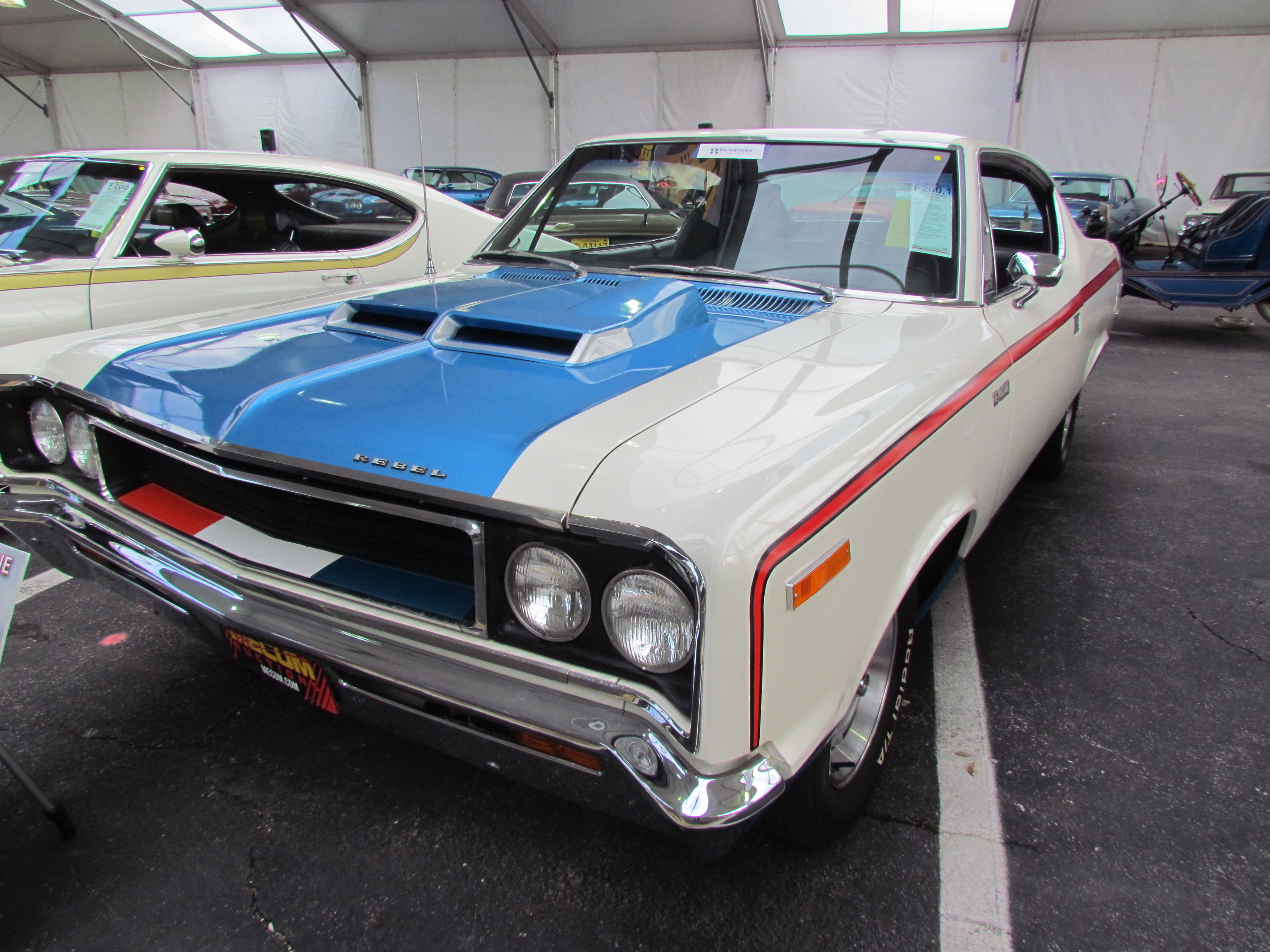 Parked near the Cosworth Capri was this Rebel Machine, the company’s version of a Detroit muscle car. I have a soft spot for these cars; my first new car was a Rebel, albeit a routine and mundane 6-cylinder sedan. However, this Machine – yes, that was the model name – is equipped with a 390cid V8 that pumps out 340 horsepower and 430 pound-feet of torque through a Borg Warner 4-speed gearbox to a limited-slip differential. As was popular back in the day, the tach is mounted on the hood. Oh, and the 14,000 miles showing on the odometer are believed to be the car’s actual lifetime mileage. The Machine and the Cosworth Capri are both going to auction from the Waterford Collection. 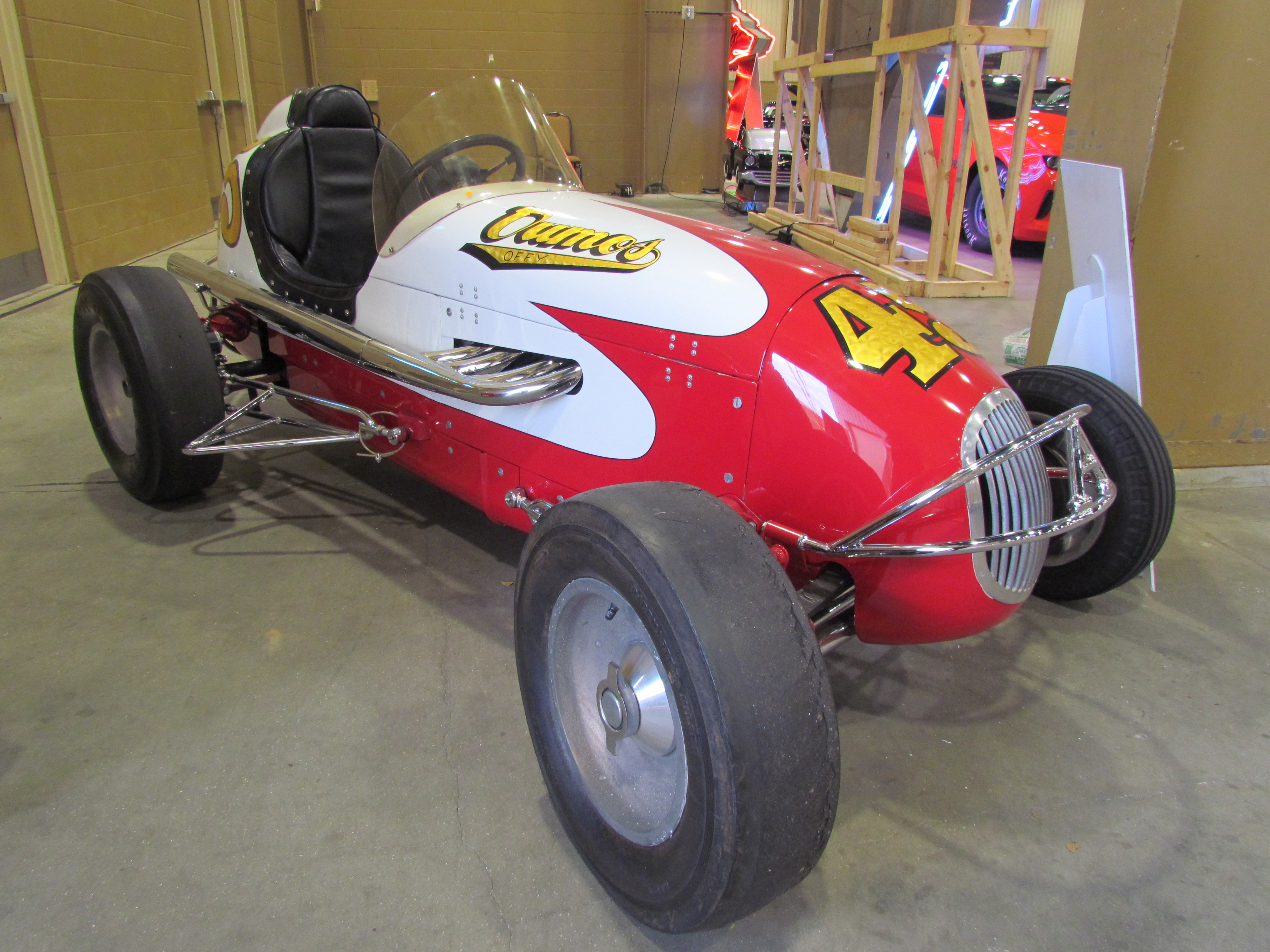 Softer than my spot for AMC Rebels is my spot for vintage midget race cars. Back when I was a student working part time for the local daily newspaper, one of my beats was the local midget races. The car is believed to have raced in the Cleveland area before going into storage for 30 years. It finally was purchased by long-time midget racing team owner Gene Angelillo, whose cars won 14 championships in 30 years. Angelillo had the car restored as a tribute to his father, who was nicknamed “Dumos.” 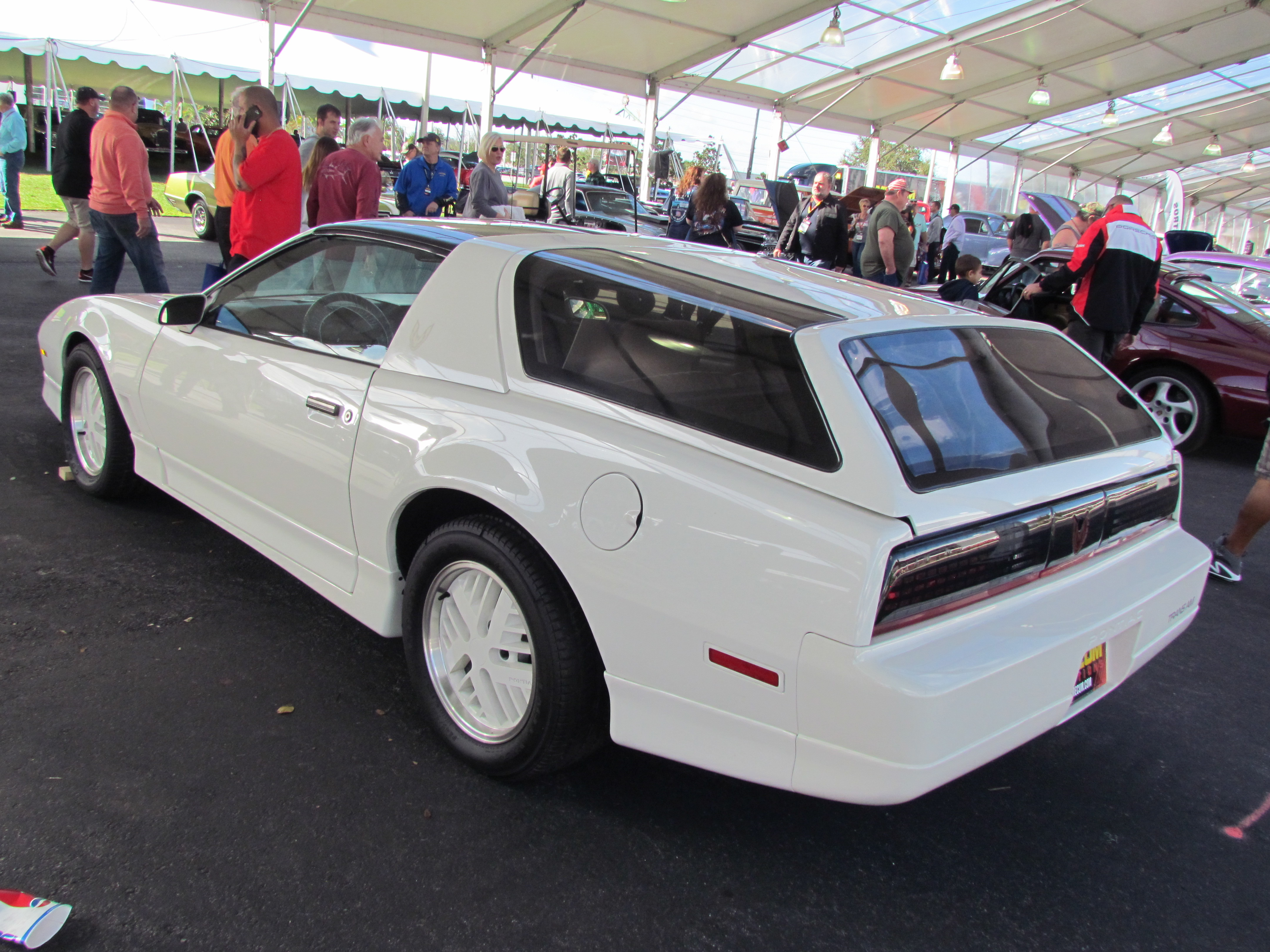 Built as EX4796 show car and test mule by General Motors, this Trans Am shooting brake also served as a pace car for Indy and IMSA racing series before going back to Pontiac Engineering and into the GM Heritage Collection. At some point, according to a letter from Pontiac Historic Services, the car went back to Pontiac and was parked outdoors, and then ordered either to be scrapped or better preserved. Eventually it was purchased by Pontiac dealer John McMullen, who commissioned its restoration. There’s a 5.0-liter V8 under the hood, a 5-speed transmission, factory air and even T-tops. 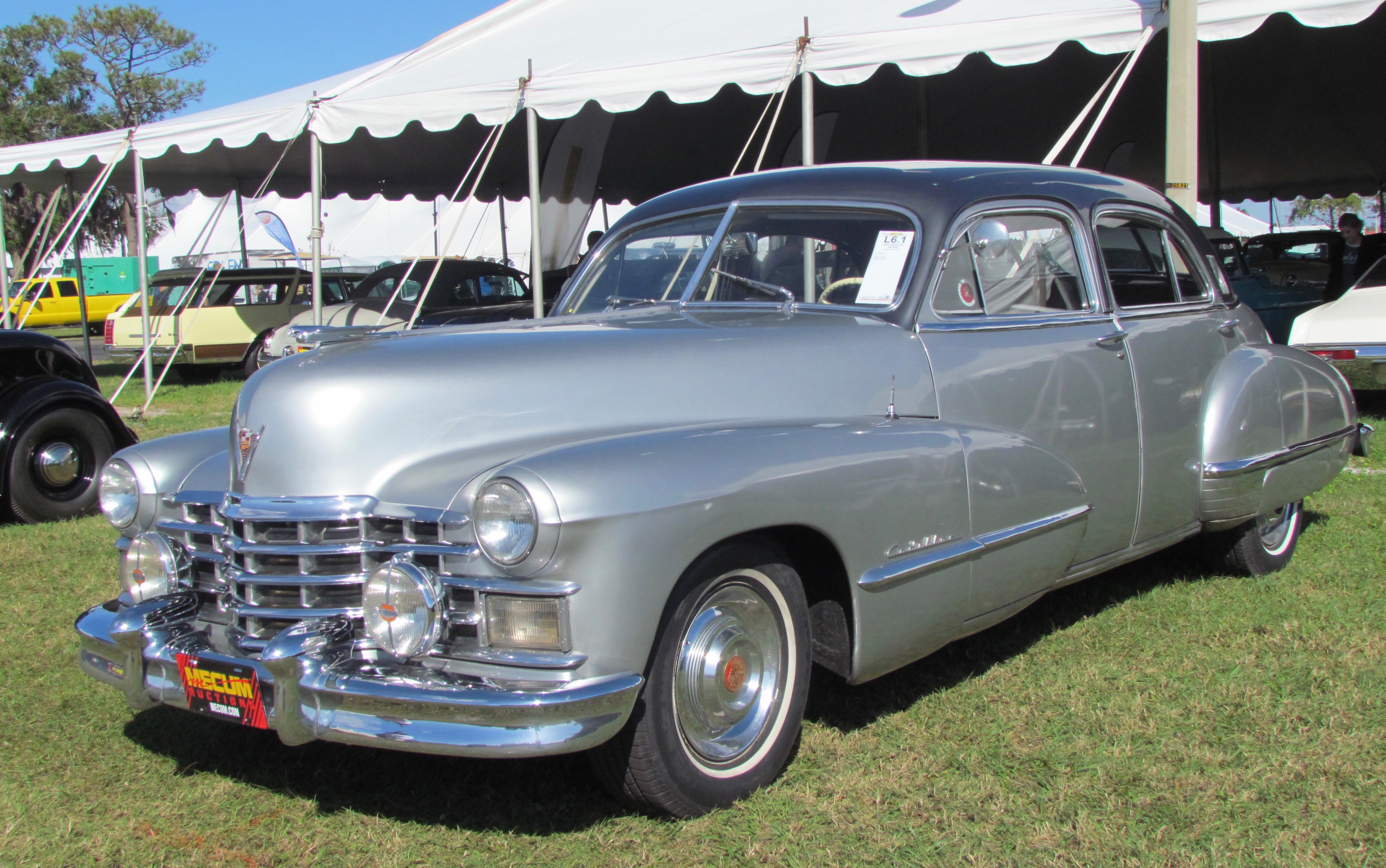 Speaking of being parked outdoors, that’s where I spied this car, a big ol’ classic sedan with a 346cid 8-cylinder engine, 3-speed gearbox and still wearing its factory-installed fog lamps. With rear fender skirts and a black roof over the silver/gray big-fendered body, this 72-year-old looks quite elegant. 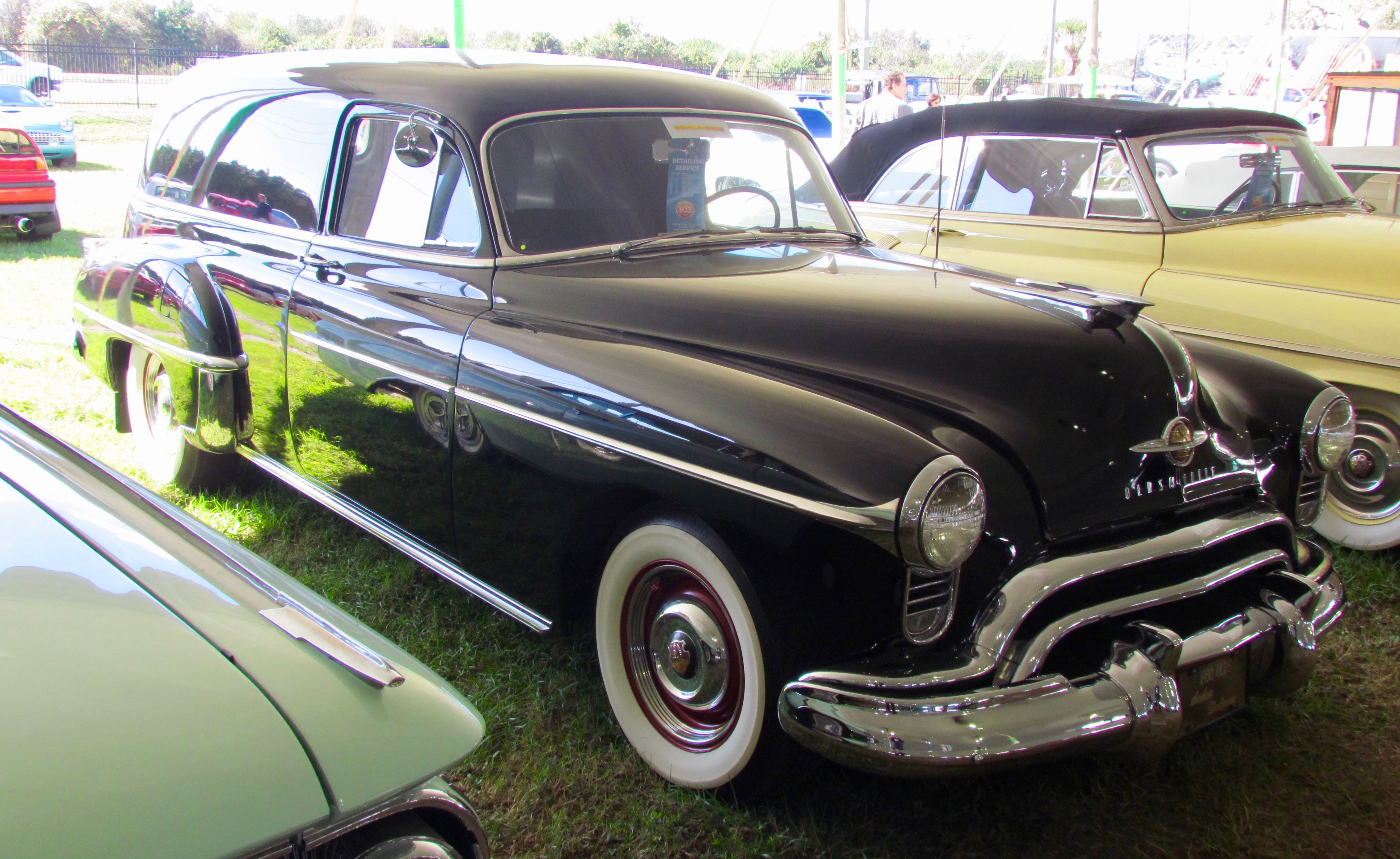 I’d never seen a 1950 Oldsmobile sedan delivery before, and for good reason. Only seven of them were produced, for use by plant managers as parts runners. This one had been sitting outside in Louisiana for nearly 20 years when it was purchased in 2008. While the interior was refurbished and the brake system rebuilt, the paint and 303cid Rocket V8 and 2-speed automatic transmission are original. The car, originally built for the manager of GM’s Kansas City assembly plant, is being sold from the Ed Flaherty Collection. 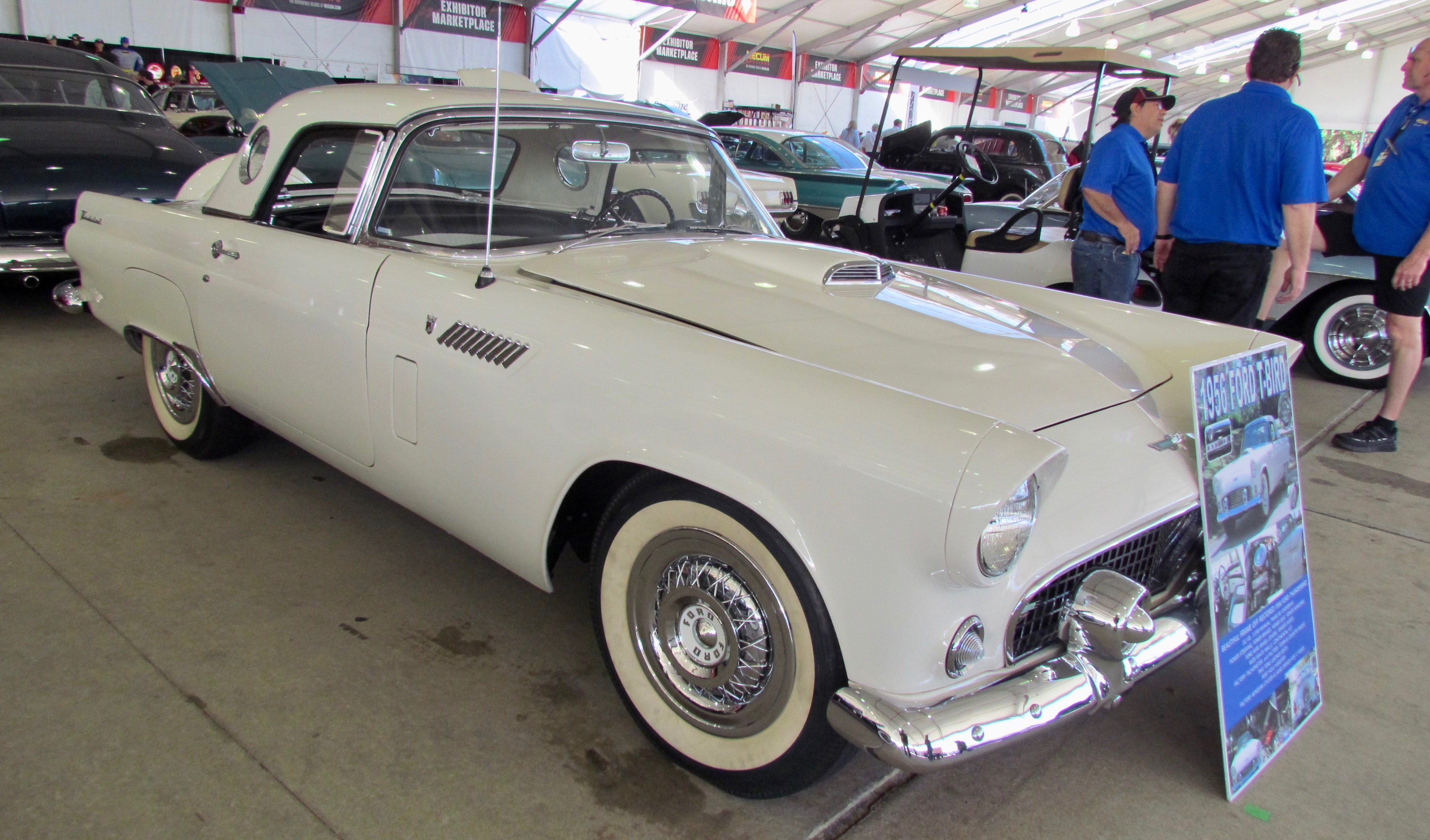 This immaculate white over black-and-white interior convertible has undergone a frame-off restoration to its original condition, reportedly as one of the Thunderbirds that Ford produced for export from the U.S. The car has a 312cid V8, 3-speed with overdrive automatic transmission, port-hole removable hardtop, power seats and windows, and it sits quite handsomely on wide-stripe whitewall tires. 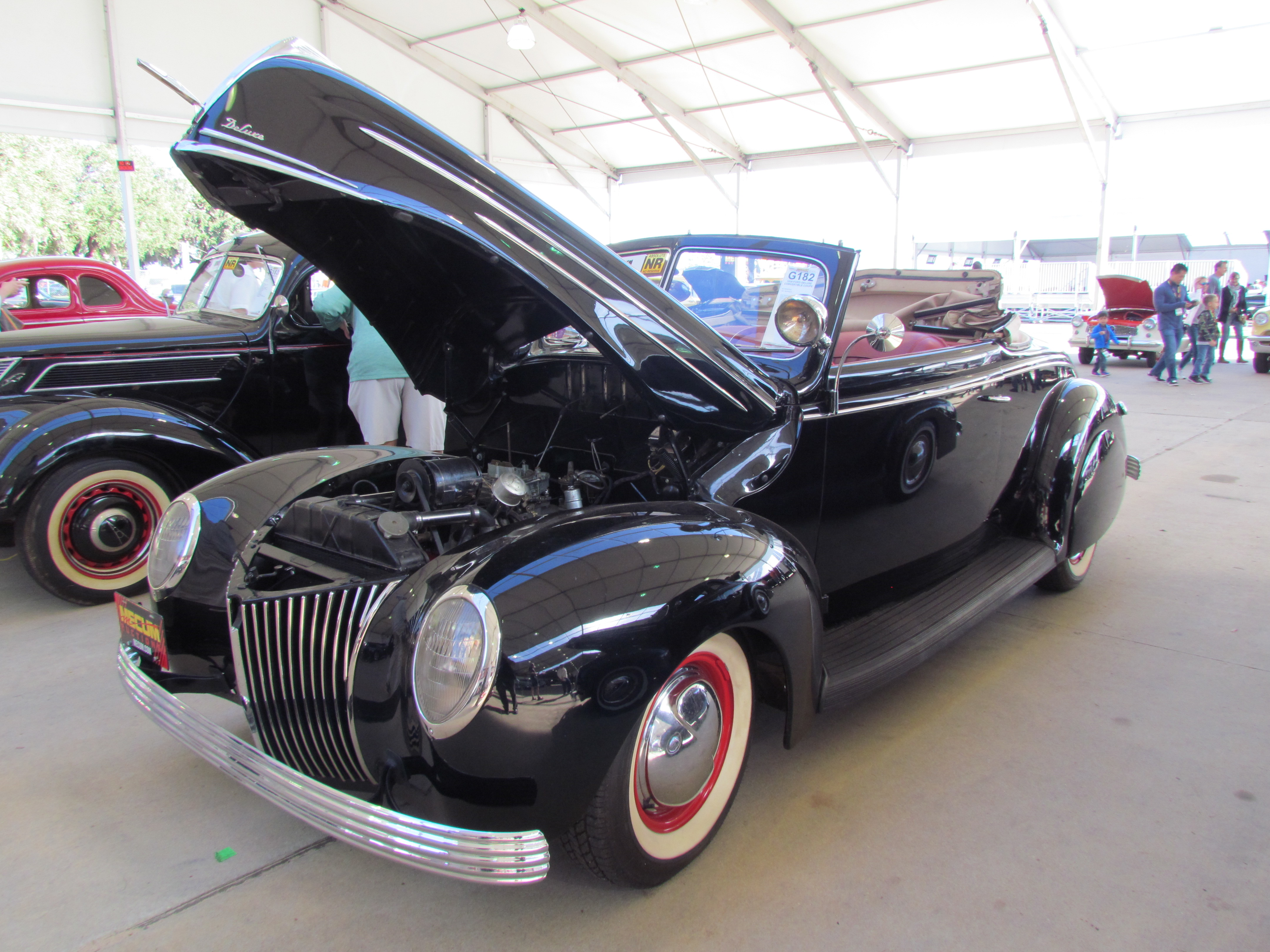 Offered from the Moss Classic Car Collection is this handsome vintage convertible in black with red interior, including the rumble seat. It has painted steel wheels, fender skirts, dual spotlights, Waltham gauges, a Flathead V8 with Fenton heads and a manual gearbox. 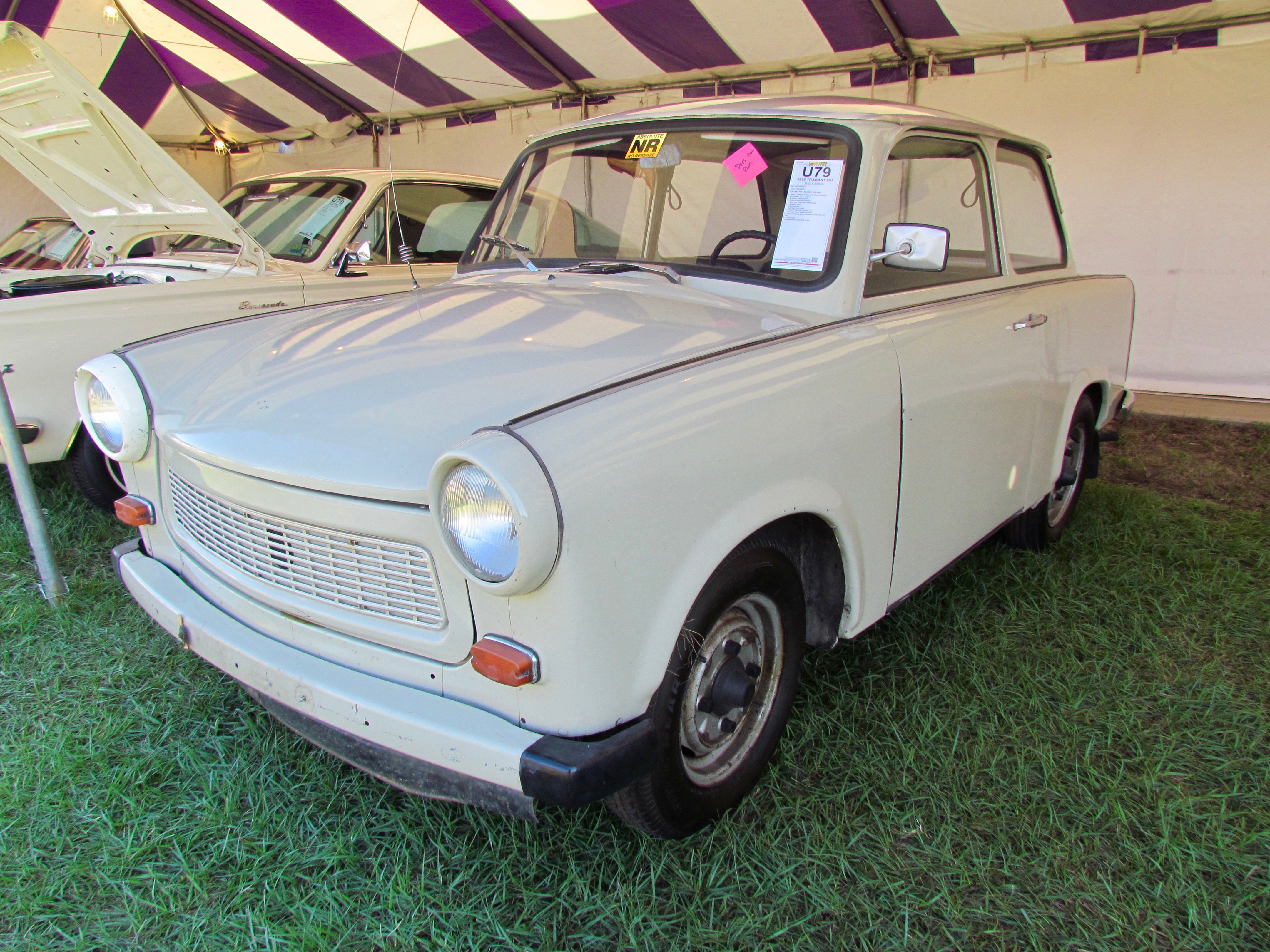 We recently published a feature on the annual Trabant reunion held by the International Spy Museum in Washington, D.C., and one of those awful but beloved East German cars is on the Mecum docket, complete with its DDR license plate. The 600cc two-stroke engine isn’t running, but there are people across the country who know how to work on these historic little plastic-bodied cars who could offer help to get yours running and join the other perhaps 200 Trabbies in the U.S.