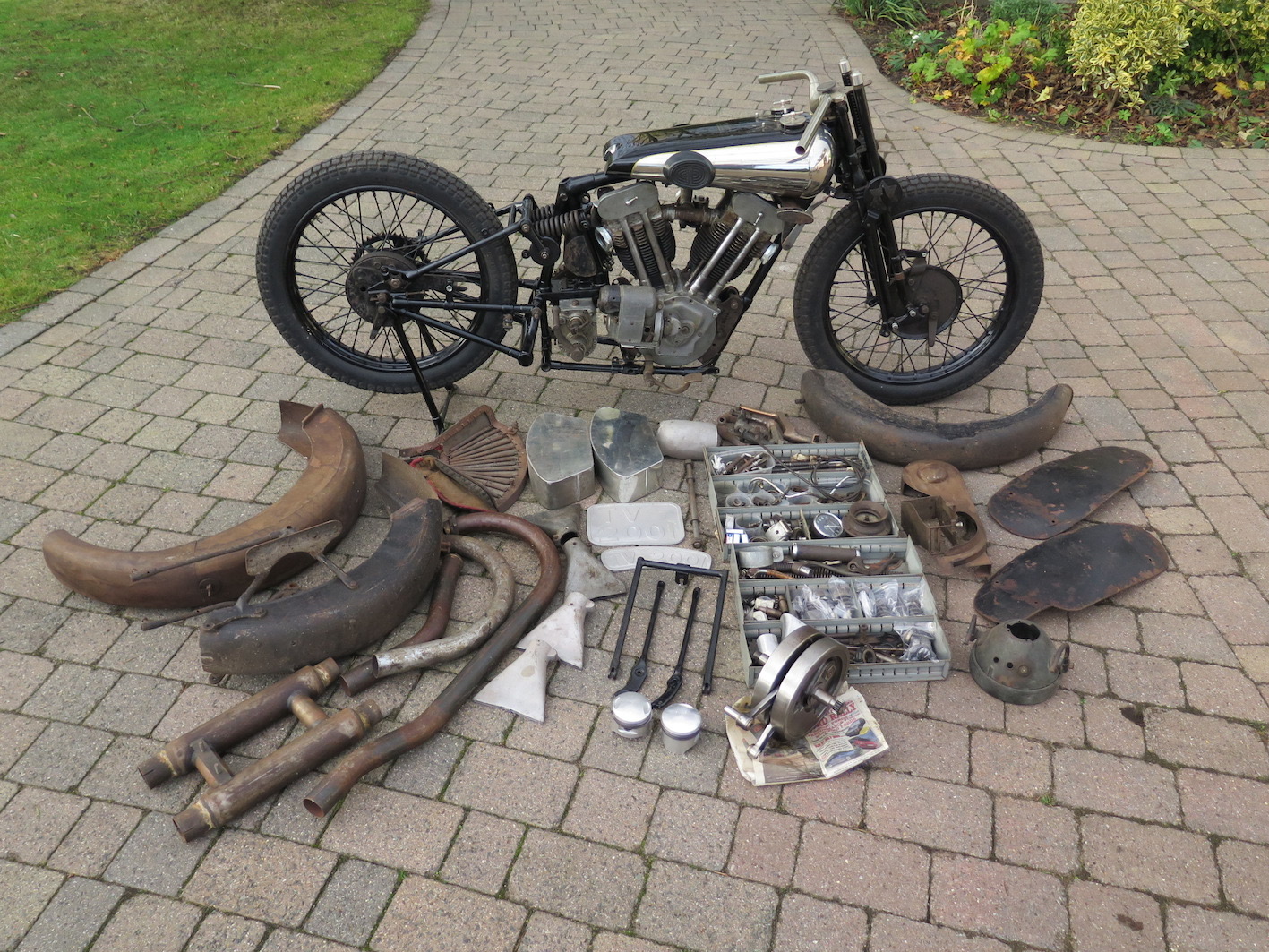 William Edward Brough began producing motorcycles in the 1890s and expected his sons would become part of the family firm.

But one of those sons, George, wanted to produce motorcycles that were fast enough to race, and when he couldn’t convince his father to make them, he established his own company, which produced Brough Superiors, in both two- and four-wheel varieties.

Production of both versions ended with the outbreak of World War II, when George Brough’s factory was used to make Rolls-Royce Merlin aircraft engines. 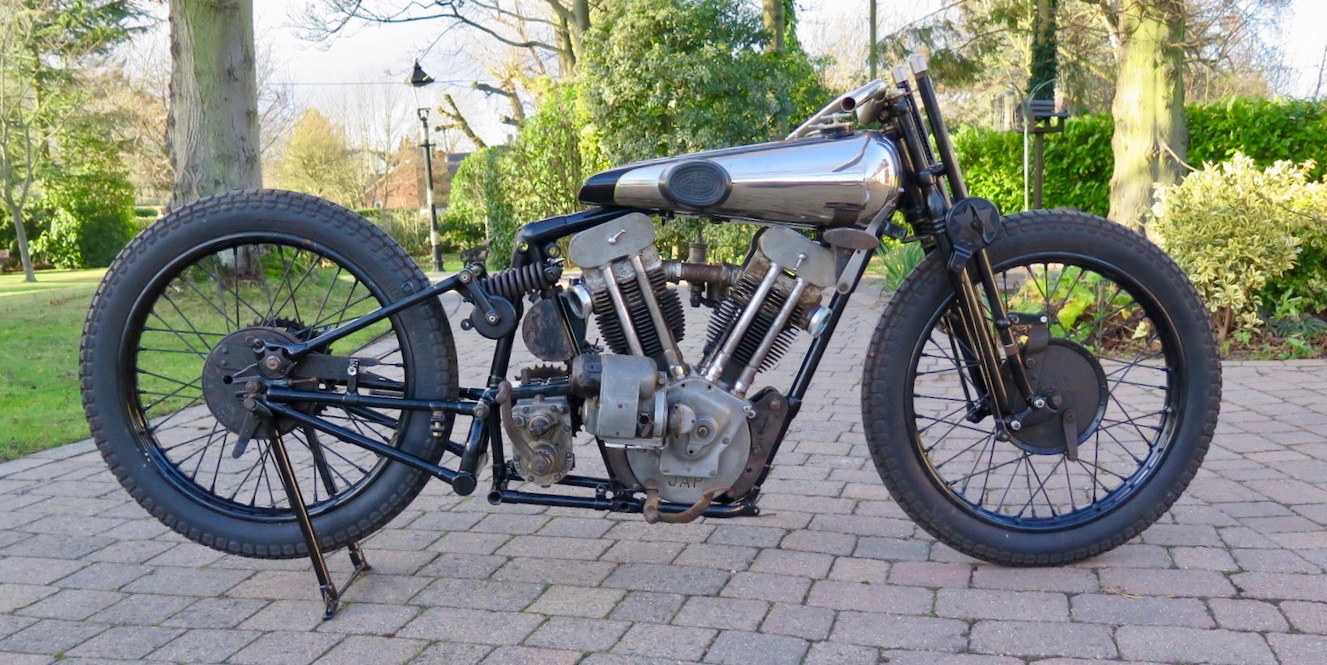 Brough Superior motorcycles were fast. In 1928, George Brough set a speed record of 130.6 mph on one of his bikes. He and his close friend, F.P. “Gentleman” Dickson, also comprised the Brough factory racing team, even winning the famed International Six Days Trial in the 1920s.

A JAP-engined Brough Superior SS 100 bike owned and raced by Dickson has been consigned to the docket for H&H Classics auction scheduled for March 2 at the National Motorcycle Museum in England’s West Midlands.

The machine is taken apart and needs to be reassembled, although all the parts are said to be present. Yet it is expected to command in the range of $225,000 at the auction, according to H&H Classics.

If that sounds like a lot for a bike that with some assembly required, consider that in October, Bonhams sold a 1925 Brough Superior sand racer project for $349,306. Brough Superiors often draw the highest bids at vintage motorcycle auctions.

“In 1930, FP Dickson rode this bike, TV 2001, in the ISDT in Switzerland,” H&H said, noting that Brough and Eddy Meyer joined Dickson on the Brough team for that event.

“On the first day, Dickson crashed heavily, breaking his leg and was taken to hospital in Geneva by car. His teammates decided to retire from the event and follow him to the hospital. On the way George Brough was hit head on by a car being driven on the wrong side of the road. He also sustained a broken leg and later sued the driver for substantial damages.

“FP Dickson convalesced in hospital but unfortunately died in mid-February 1931 aged just 42 after pneumonia set in arising from failure to have his foot amputated. He was buried in Geneva and his friend George Brough attended the funeral.

“George never really fully recovered from his accident and had to use a walking stick for the rest of his life.”

As for the Dickson motorcycle, H&H reports that the bike “is complete and partly restored and part assembled for the auction.” The auction house notes that Dave Clark, technical officer of the Brough Club, has inspected the machine and verifies that all parts are present.

“The club registrar has supplied documentation to prove its authenticity and there is a huge amount of paperwork including the original build record and buff log book showing that it was first registered to George Brough himself before going to FP Dickson,” H&H added in its announcement.

“This is a top-of-the-range Brough Superior SS100 JAP ridden by one of the most accomplished riders of the period,” said George Beale, former manager of the England Motorcycle Race Team. “After the accident, the bike was returned to the factory for repair and this matching numbers bike is complete.”

Beale added that the club has a complete list of the bike’s owners since Dickson’s death.