A full-size carousel featuring handmade classic cars and other vehicles made for a famous Christmas market in Germany will hit the Barrett-Jackson auction block this month in Scottsdale, Arizona.

The carousel was designed in 1965 by Wilhelm Hennecke. It was originally used at the Christmas market (Christkindlmarkt in German) in Heidelberg, Germany, and was used at similar markets until it was placed into climatized storage.

Several German cars were included on the carousel, including a Mercedes-Benz, an Opel convertible and a police car with polizei emblazoned on the side.

“The craftsmanship of the era is exemplified in this fully functional piece, which is beautifully constructed with 23 hand-built transportation-related vehicles,” the carousel’s listing read.

“Stunning colors and design make this truly a piece of magnificent mechanical art. The vehicles are handmade of wood with impressive leather interiors, complete with working headlights and taillights.”

Hennecke also added scooters, bicycles and motorcycles to his creation. 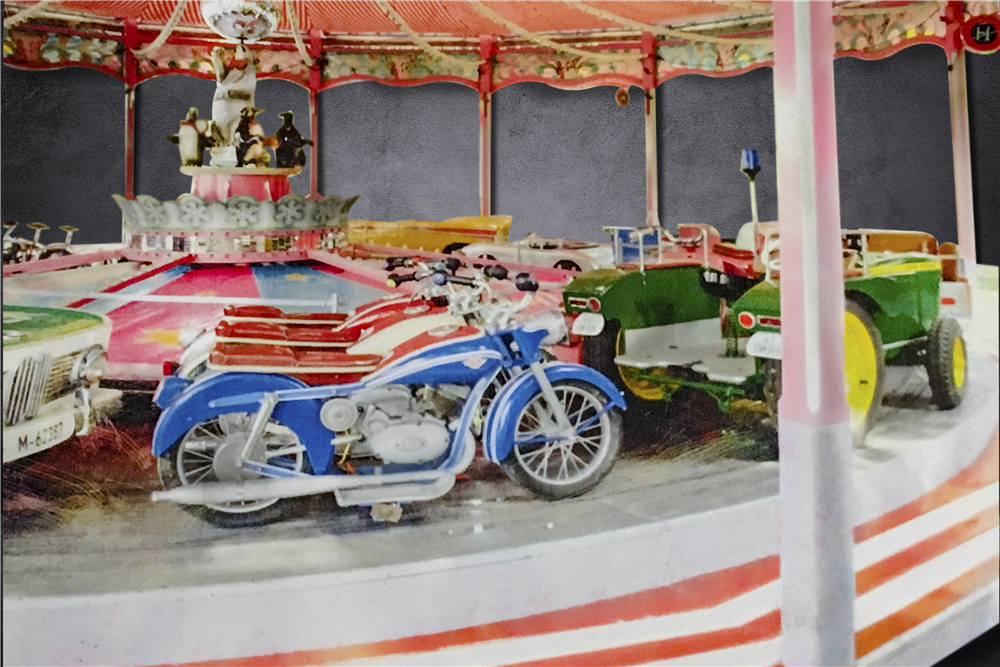 Barrett-Jackson called the carousel — which is 32 feet across and 16 feet tall — “one of the finest examples in the world.”

The Christmas market attraction is one of thousands of pieces of automobilia that will be offered during the Scottsdale sale. Other notable lots include a 1950s “Chevy Boy” neon dealership sign, a 1920s Goodyear Tires porcelain milk glass sign and a 1924 Cadillac sedan pedal car.

The carousel will be offered at no reserve at the auction company’s sale at WestWorld of Scottsdale that runs January 12-20.