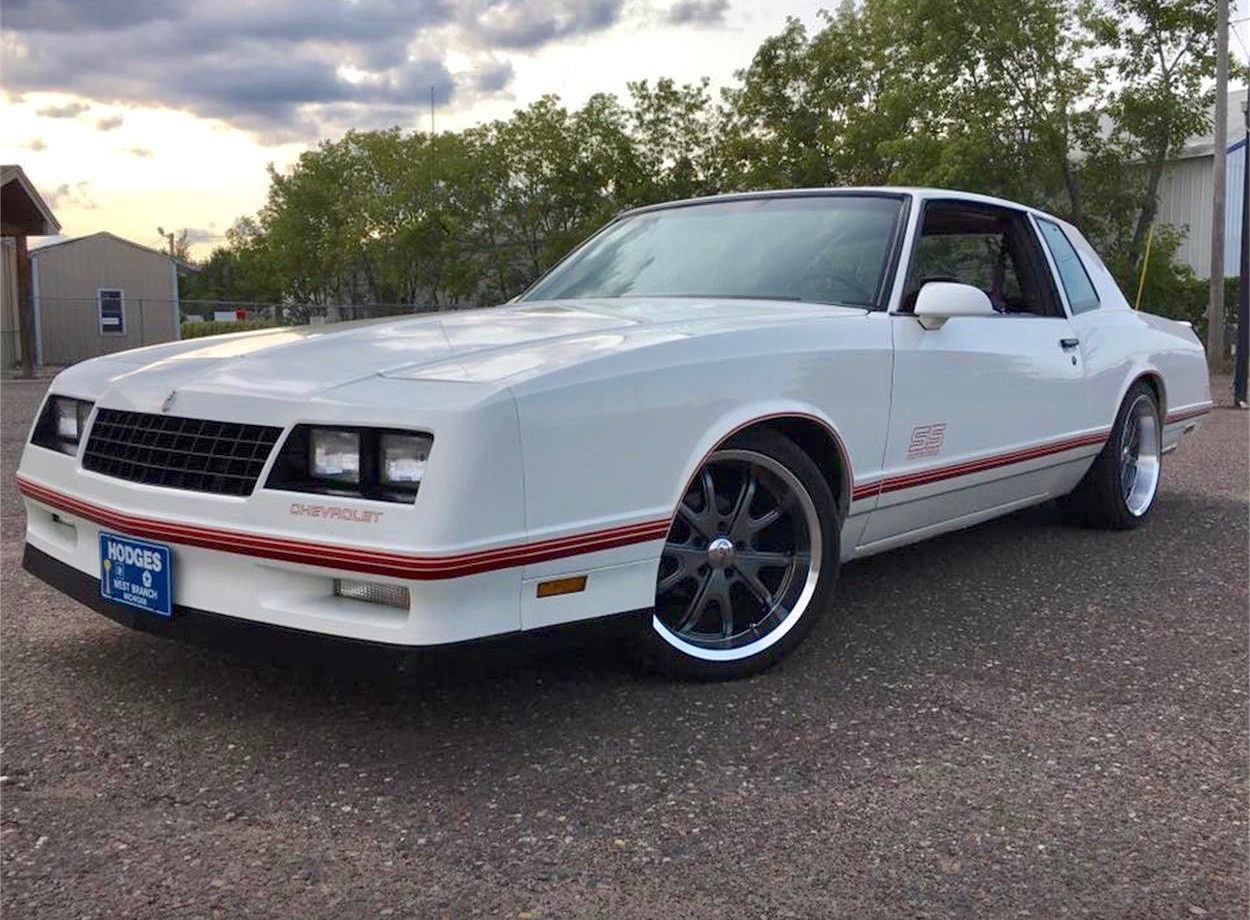 A survivor car with interesting options and modifications is the Pick of the Day, a 1988 Chevrolet Monte Carlo SS.

According to the advertisement placed on ClassicCars.com by the private seller, the car was purchased new by a woman in Minnesota who gave it to her son 10 years later and was purchased by the seller from the son in the summer of 2014.

“Options wise it is an oddity,” the seller notes. “It came with a Minnesota Specific Base option” that includes all-season tires, engine block heater, and larger coolant and washer tanks.

But it also came with the SS package with V8 engine (a 305cid was standard with the SS), posi-traction rear, bench seat and a column-shifted automatic transmission.

Post-delivery, the car was equipped with QA1 coil-over front and rear suspension with Belltech spindles and with aftermarket wheels and tires. The factory original wheels have been retained in case a buyer wants to restore the as-was appearance. The car also has a Sony aftermarket radio, but the original has been retained and still works, the seller adds.

Since buying the car, the seller has converted the air-conditioning system to R134, rebuilt the carburetor, added a new Optima RedTop battery, replaced a rock-damaged windshield and replaced the muffler and tailpipes, according to the ad.

Seemingly every feature works except for the cigarette lighter and windshield squirters.

The seller reports that the interior is unfaded, engine is solid, driveshaft U joints have been replaced and a new rear output bushing has been installed to fix a small transmission vibration. “Car rides, handles and feels like new still.”

The paint is 30 years old but shines well, the seller says.

The original owner drove the car 19,000 miles and the car had 42,000 on its odometer when he purchased it, the seller says.  It currently shows 47,800. The plan at purchase was to do an LS engine swap and make the car an autocrosser. However, “I just couldn’t bring myself to the point of beginning to cut into such a nice car.”