While America’s love affair with vintage cars and trucks continues unabated, for enthusiasts who value ultimate thresholds of high performance, these really are the good old days.

Today’s supercars possess levels of acceleration, handling and braking that were unachievable a generation ago, and unimaginable back in the 1950s and ʼ60s.

So at the Barrett-Jackson Scottsdale Auction, January 12-20 at WestWorld of Scottsdale, in the mix of more than 1,700 cars that will cross the auction block you’ll find an alluring mix of new and old alike, including some of the most exhilarating contemporary performance cars made.

One of the most desirable of the cars up for sale at Barrett-Jackson Scottsdale is a 2005 Saleen S7 twin turbo, one of a very limited number produced. As the name implies, the Saleen has two turbochargers that deliver cooled air into the mammoth 7.0-liter Ford V8. 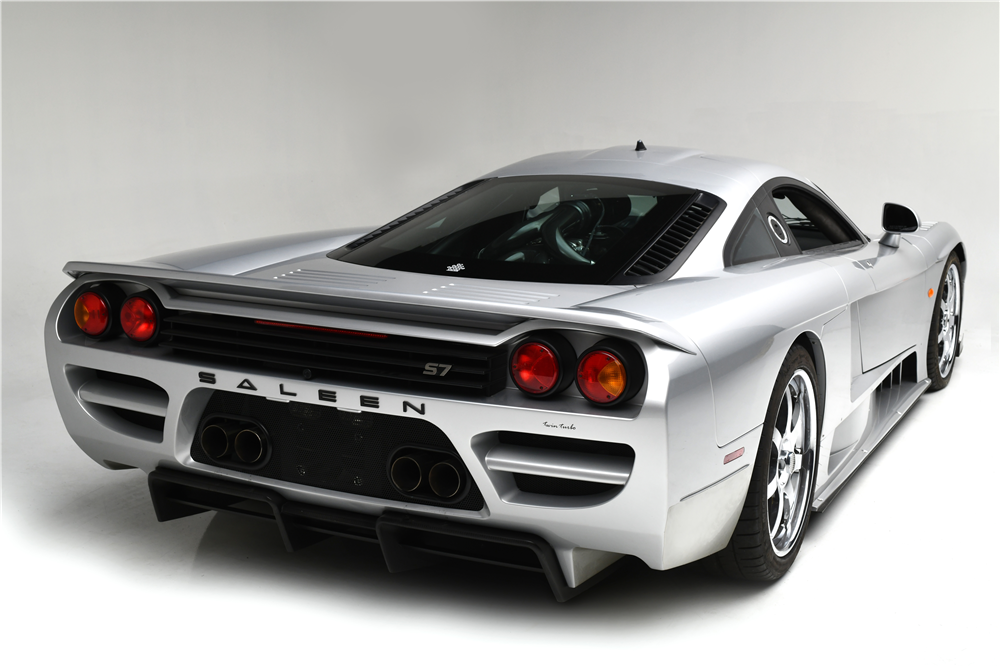 Thanks to the turbochargers and the big Ford powerplant, the Saleen S7 Twin Turbo produces a pavement-melting 750 horsepower and 700 pound-feet of torque. According to Saleen.com, that was enough power to rocket the S7 Twin Turbo to some world-class acceleration numbers.

Zero to 60 miles per hour took just 2.8 seconds, with zero to 100 mph flying by in a mere 5.9 seconds. A standing-start quarter-mile resulted in an elapsed time of 10.5 seconds at 145 mph. That’s astonishing performance, especially when you factor in that the Saleen S7 Twin Turbo would pull 1.1 Gs in lateral acceleration on a skid pad. 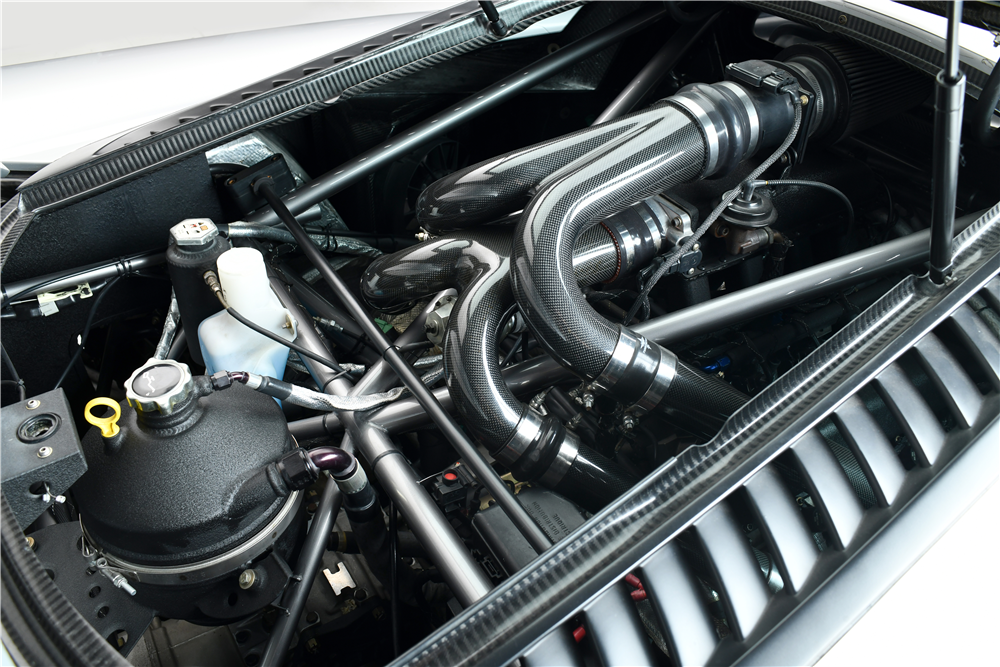 Not only does this Saleen S7 Twin Turbo deliver supercar performance, it also has the looks of a supercar, trimmed out in silver paint over a black multi-toned leather and suede interior. It looks fast sitting still.

In terms of options, this car comes with performance sport seating, a custom-fitted driver’s seat, autoclave carbon-fiber body panels, heat-rejecting tinted glass and an LCD display. This car was built in February 2005 and delivered in April 2005. 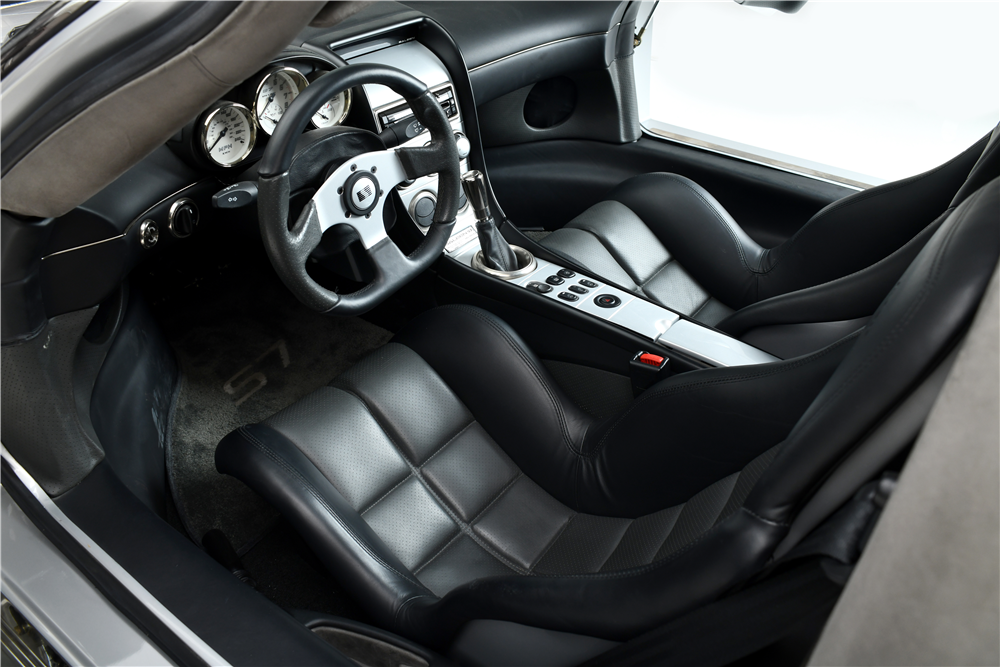 This particular car also has a unique and interesting history, as it was the very first Saleen S7 twin turbo to be shipped by the California company to Europe. In fact, this car never had a window sticker, as Saleen hadn’t settled on pricing of its European deliveries when this car was sent overseas.

According to the consignor, this Saleen S7 Twin Turbo made its public debut at the Top Marks Show in Monaco, where its admirers included Prince Albert of Monaco and actor Roger Moore, who famously portrayed James Bond in numerous films.

An Italian company called DR Group then purchased the car, before returning to the United States after Saleen founder Steve Saleen regained control of his company in 2012. 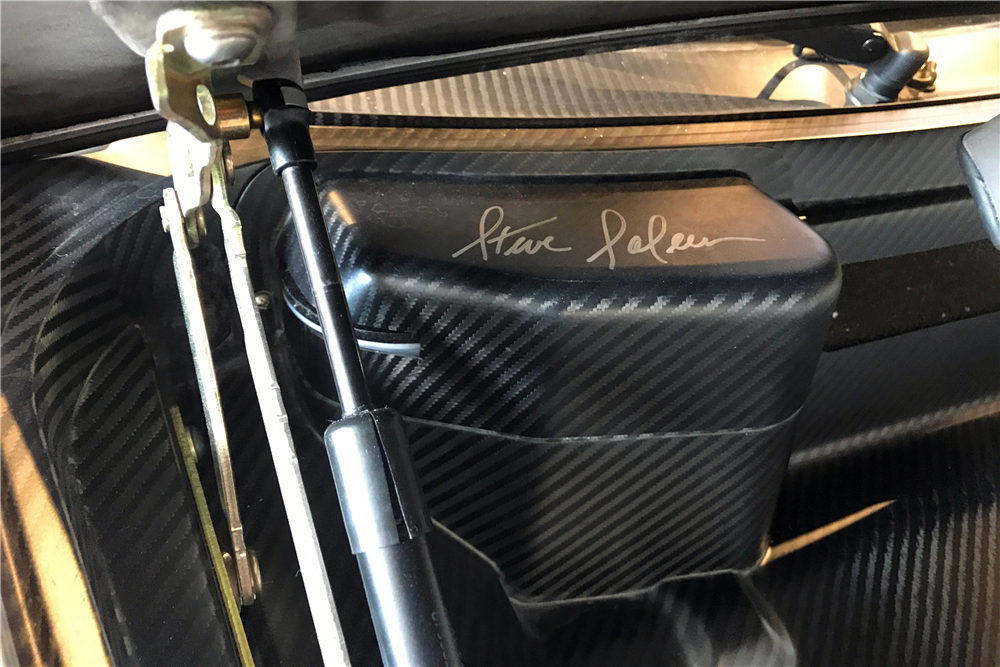 Best of all, perhaps, this amazing supercar has a mere 240 original miles on the odometer from the time it was built in 2005.

This one checks all the boxes with great acceleration, tremendous roadholding and braking, ultra-low miles, and bodywork that manages to simultaneously be sexy and sinister. This is the real deal, and finding another example of a Saleen S7 twin turbo with this low mileage, such an interesting history and these classic sports-car colors would be a tall order indeed. 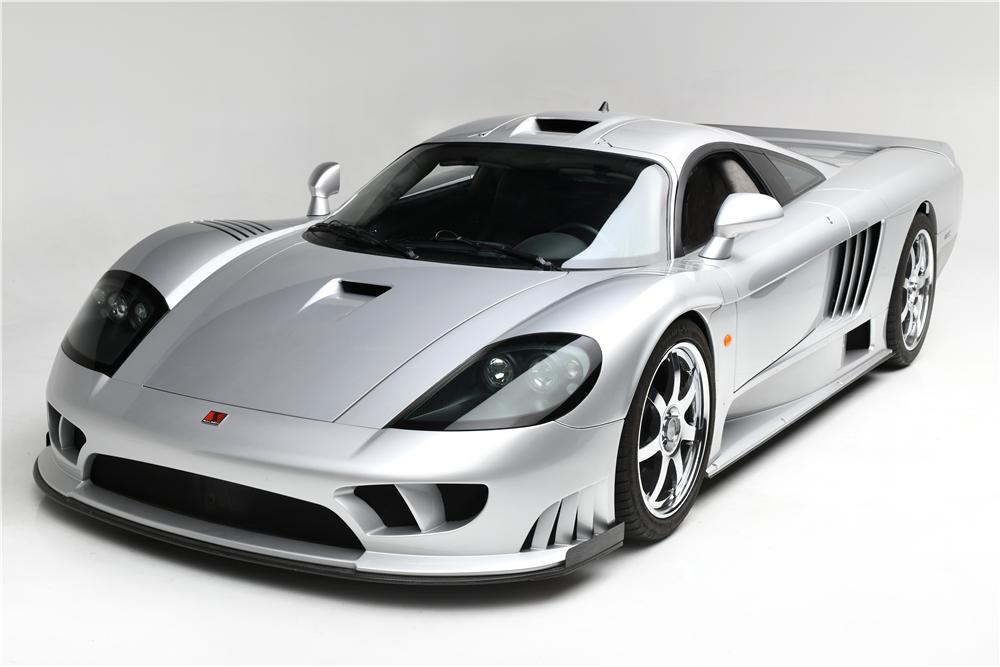 The good news is that you don’t have to look elsewhere. Like the vast majority of cars at the auction, this one will sell with no reserve, meaning the high bid gets it, period. Don’t miss out on your chance to take this beauty home.