A proper sports car can be good for the soul. A sunny afternoon with the top down, hugging the curves, racing through the gears, can create memories that last a lifetime.

The 1971 Jaguar XKE that will be offered with no reserve during Barrett-Jackson Scottsdale 2019 was exactly that kind of car for its original owner. She had always wanted a sports car, and in 1971 she and her husband, to celebrate their 25th anniversary, marched into British Motor Car Distributors in Portland, Oregon, and purchased this remarkable XKE.

According to the seller, who spoke extensively with the family about car, “She sat in a couple other cars. This one was in the back, and as soon as she saw it, she had to have it.” The XKE had such a hold on her that she kept it until she was 85, finally relinquishing her prize in 2015. 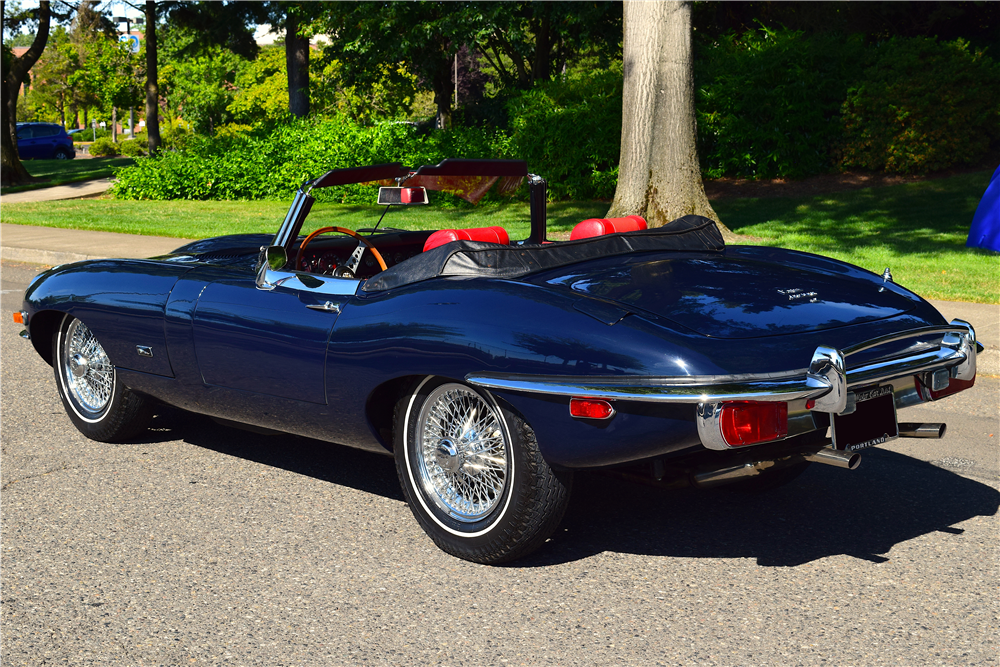 The Jag was treated throughout its life as a prized possession, and will roll across the auction block as a matching-numbers, unrestored survivor, with only 8,466 original miles.

The car was always garage-kept and meticulously maintained, and since 1976 was mostly only driven to the Forest Grove Concours d’Elegance and other car shows, where it collected numerous awards and ribbons. The Jaguar was entered in the prestigious event in Oregon 15 times over the years, and evolved into a family hobby, with the couple’s son taking a hand in maintaining it and driving it to the shows. 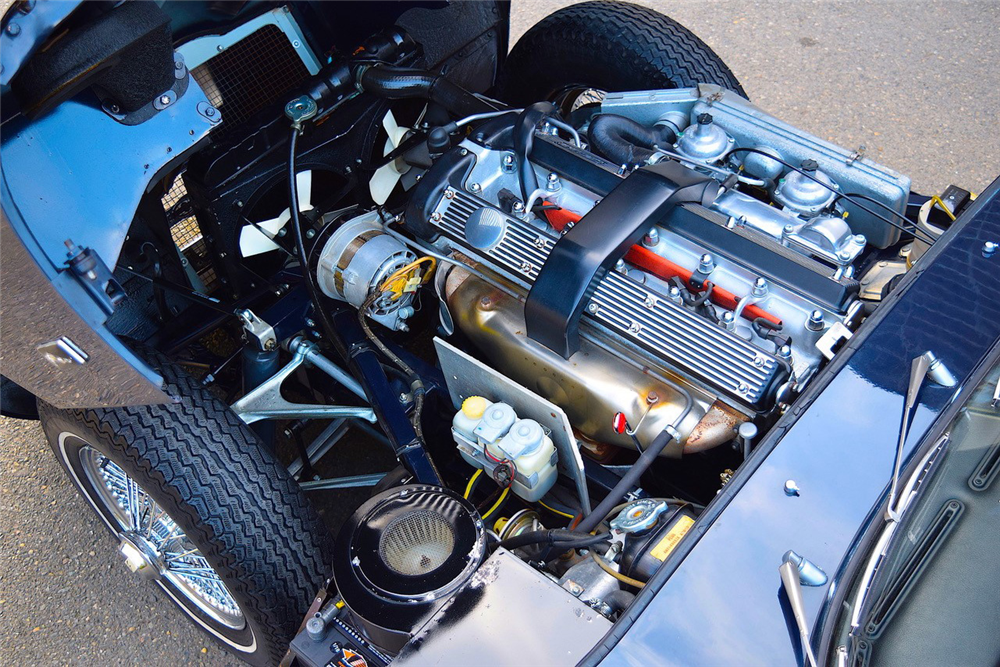 The Jaguar XKE holds a special place in the sports car hall of fame. It has long been recognized as one of the best-looking sports cars ever built — some would even say the best-looking. But its strengths were more than skin deep. It had independent front and rear suspension, rack and pinion steering and four-wheel disc brakes at a time when that wasn’t yet the norm. Its throaty 4.2-liter twin-cam 6-cylinder was rated by Jaguar at 246 horsepower that year.

This one is distinctive, with the rare color combination of dark blue over a red interior. It was also well-equipped, with chrome wheels and whitewall tires, AM-SW-FM Phillips radio, leather interior and telescoping steering column. Virtually all of the equipment is still original to the car, including the Dunlop SP whitewall radial tires, top and spark plug wires. Even the interior carries a whiff of new car about it. 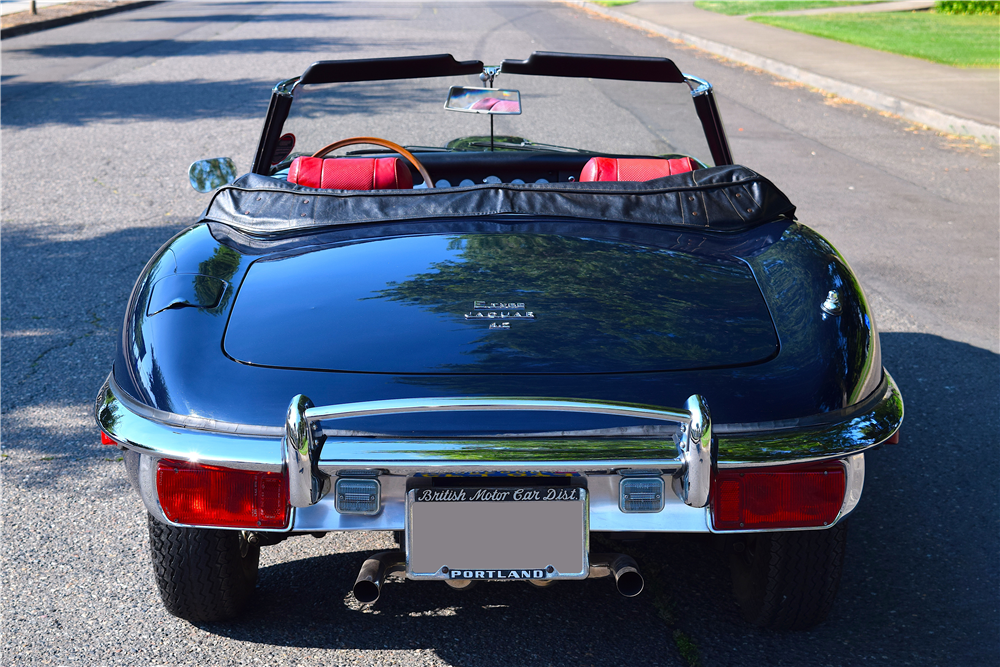 The documentation that comes with the car is extensive. Included are the original window sticker, original car invoice, original service and warranty book with metal identification plate for dealer service with original owner’s name, the $2 Oregon title (with a March 29, 1971, processing date), the original dealership receipt of purchase for a total of $6,371, dealership service records and 19 pieces of documentation that verify the mileage. 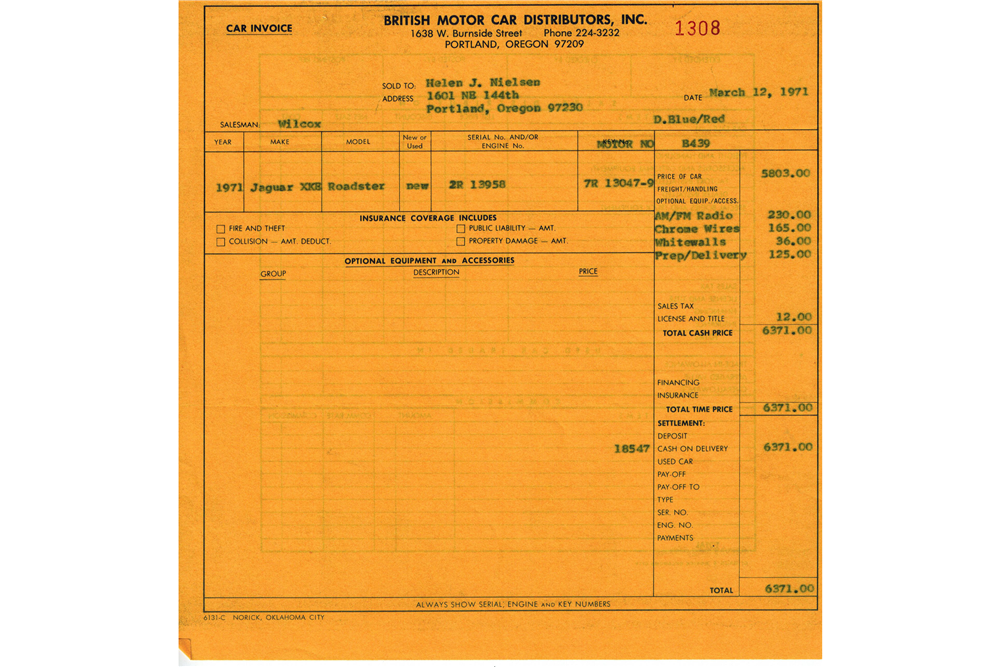 You could search the globe and not find another Jaguar XKE with this combination of originality, low mileage and desirable features. Fortunately, you won’t have to travel that far — just to Scottsdale in January.