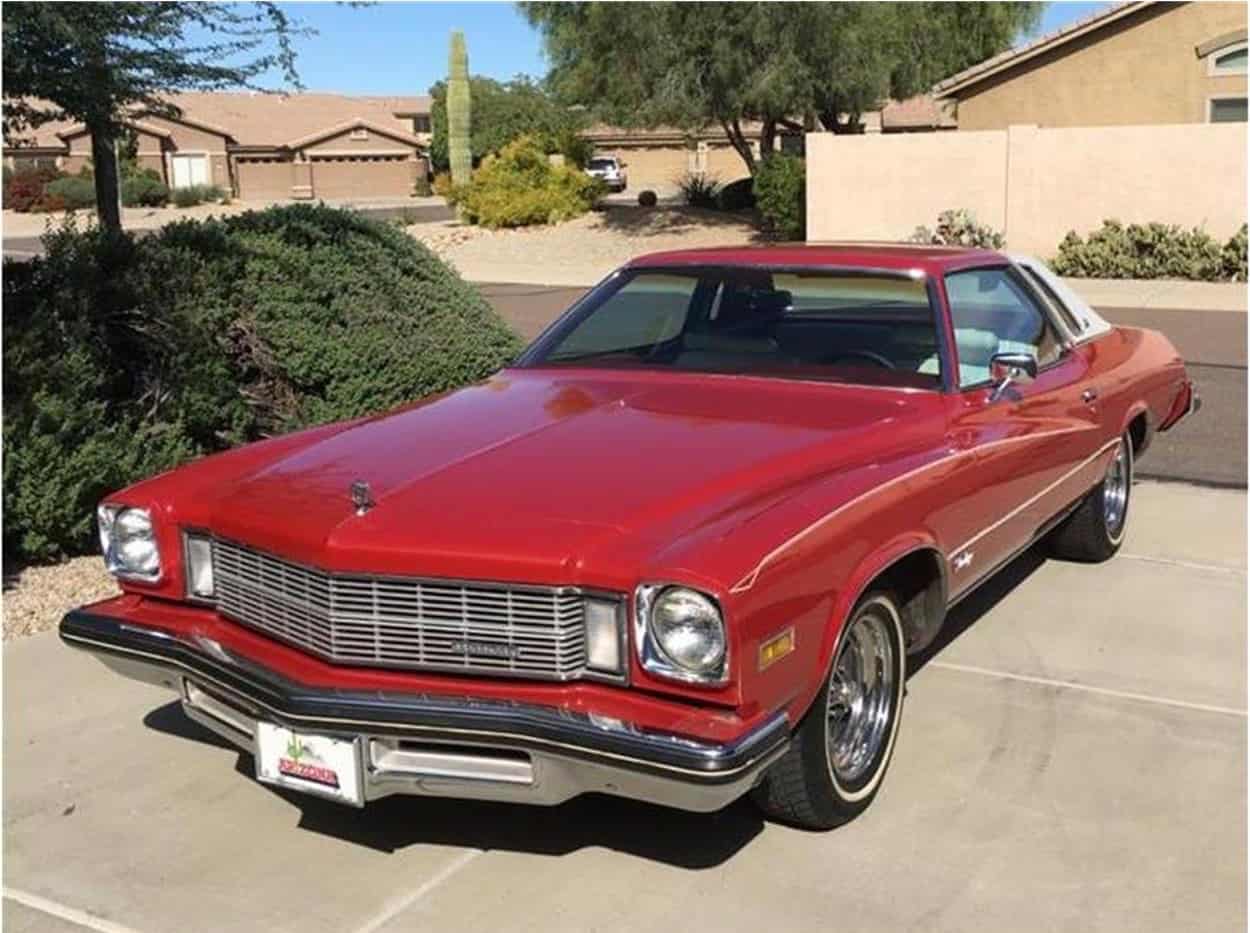 You don’t have to have very deep pockets to take part in the collector car hobby. Consider the Pick of the day, a 1975 Buick Century, a stylish coupe with a V8 engine that is being offered in original condition for $6,500. The car is advertised for sale on ClassicCars.com by its private owner.

That owner says that the car was purchased new in Pennsylvania but was moved to Arizona almost immediately and has resided there for “99% of its life.” By the way, that lifetime has involved only two owners and 146,000 miles, or less than 3,500 per year.

“Fully maintained from day 1 to present with many original maintenance records and paperwork,” the seller assures, adding that the Century has been garage kept since new, shows no rust and has only a couple of “small” spots where the  paint has been touched up.

Buick first used Century as a model name in the mid-1930s, applying it to its first production vehicle capable to reaching 100 mph. The name returned after World War II in the mid-‘50s when the GM division mated its largest engine, a 322cid V8, with its smallest and lightest vehicle to produce a muscle car before that moniker became popular.

Although only available as four-door sedans, Buick did a special run of Century coupes for the California Highway Patrol — and for the television series Highway Patrol staring Broderick Crawford.

The Century model ran only until 1959, when Buick replaced it with the Invicta.

When GM redesigned its A-body vehicles for 1973, the Century name returned and a true muscle car version was offered via the Gran Sport option. The Century was the Indy 500 pace car in 1975 and again in the Bicentennial year of 1976.

The car, which is located at Goodyear, Arizona, a southwest Phoenix suburb, is red with a white landau top and with white vinyl seats in an otherwise red interior. The car has a 350cid V8 engine, automatic transmission and rides on its original mag wheels. The car has had a recent tuneup and received a new brake master cylinder.