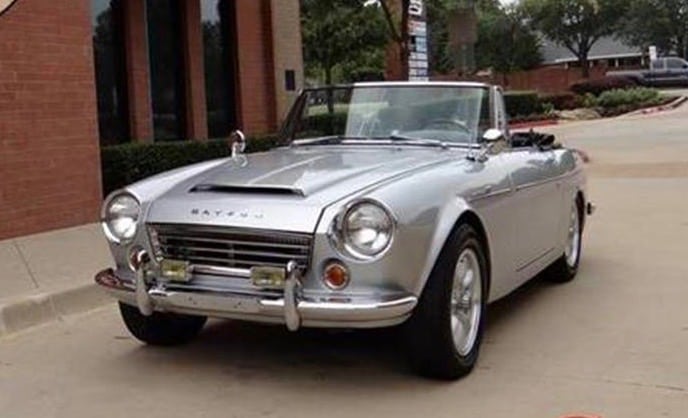 Seven years ago, a collector car specialist dealership in Lewisville, Texas, sold a 1967 Datsun 1600 roadster to a customer.

“He has enjoyed it a great deal, but has been so busy lately that he just doesn’t get time to drive her,” the dealership reports, once again advertising the car for sale on ClassicCars.com, and thus its status as Pick of the Day. 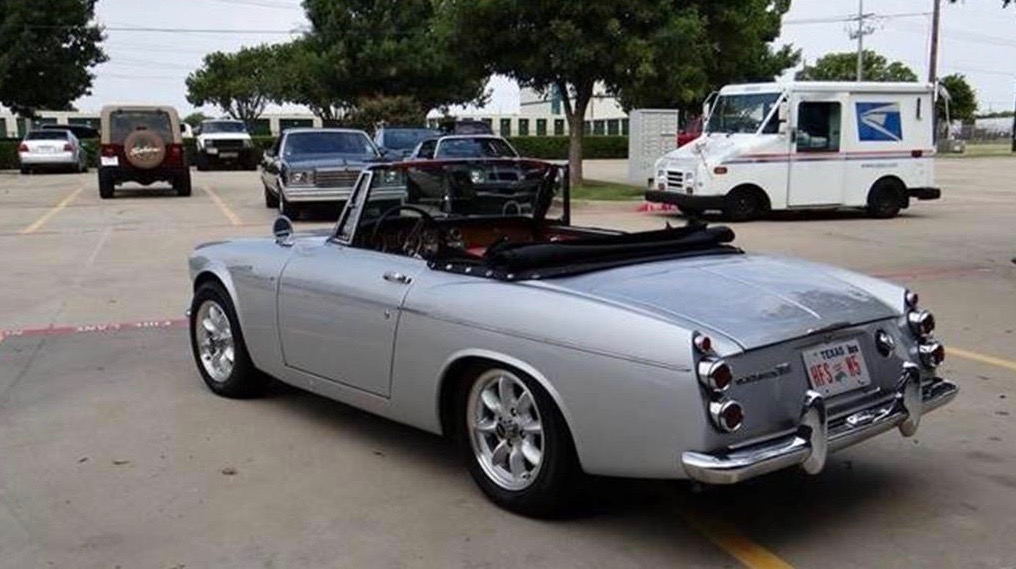 “Since the car was purchased in 2011, the owner had it painted to its original color,” the dealership says, adding that the car also got a new top and some interior restoration. That owner also found an original radio console for the car and purchased and installed it, but didn’t actually do the connections to make the radio function. The owner also swapped the original wheels for 15-inch Panasports.

The dealership notes one “minor flaw,” the glove-box cover was redone in a glossy finish rather than in the more flat look of the rest of the dash.

Datsun introduced its Sports model (badged Fairlady in Japan and Australia) in the late 1950s. The Fairlady name was used because of the global popularity of the Broadway musical My Fair Lady.

Import to the United States began in 1960 and the car’s design was restyled for the 1965 model year by Count Albrecht Goertz.

The odometer on the car for sale in Texas shows fewer than 90,000 miles.