At the Barrett-Jackson Scottsdale Auction, savvy buyers and sellers know to expect one thing: The very best of the best cars and trucks will cross the auction block and find new owners. That includes modern supercars, as well as vintage iron of every description.

This time around at Scottsdale, one lucky buyer will take home one of the most significant and technologically advanced cars ever made, a one-owner 2012 Lexus LFA Nürburgring Edition with just 885 original miles. And we know it will sell, because it is being offered at no reserve, which means the top bid buys the car, no matter what the final hammer price. 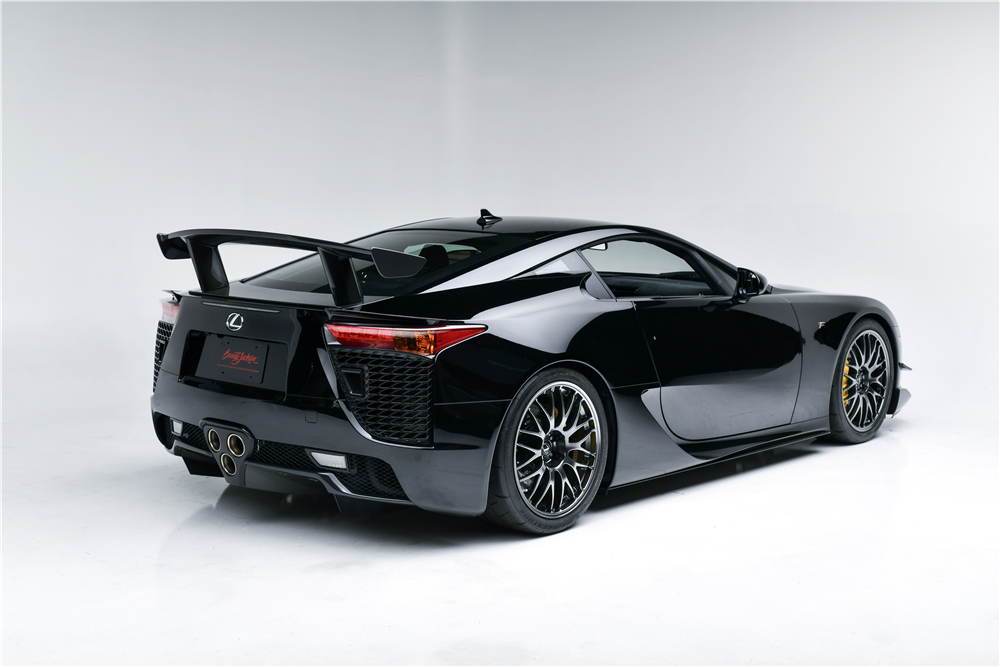 The Nürburgring Package features a high-output, 4.8-liter V10 engine that produces a whopping 562 horsepower, as well as a faster-shifting 6-speed sequential gearbox. On the handling front, the Nürburgring Package comes equipped with dedicated high-grip tires riding on exclusive black mesh-type wheels, as well as a sport-tuned suspension package. To aid in aerodynamic downforce, this limited-edition model has a larger front spoiler and fixed rear wing.

During testing of the LFA Nürburgring Package on Aug. 31, 2011, Toyota racer and test driver Akira Lida set a time of just over 7 minutes, 14 seconds around the famed Nürburgring Nordschleife course in Germany. Lida’s time set a track record for a production car on non-competition tires.

In a straight line, the LFA is pretty fast, too: Zero to 60 mph takes a mere 3.6 seconds, while the top speed is 202 mph. The jewel-like high-performance V10 engine requires only 0.6 seconds to rev all the way up to 9,000 rpms. Like everything else about this supercar, the performance is simply astonishing. 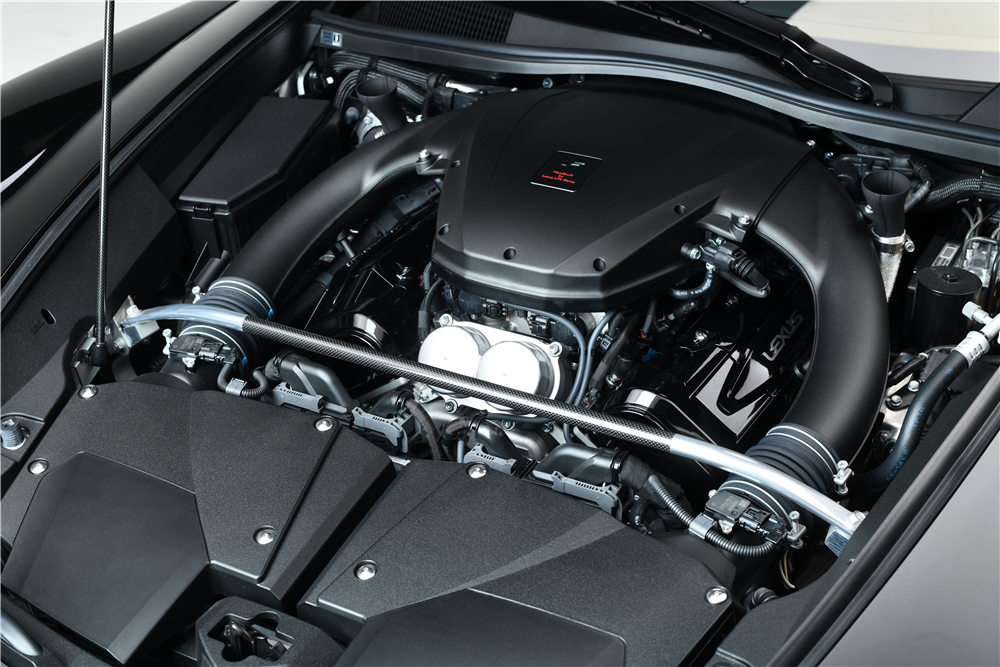 And the black-on-black exterior paint and leather interior add a delightfully sinister look to this supercar. It looks like it’s going 180 mph just sitting still.

The LFA was created to be Lexus’ flagship performance car, a model designed to take the brand to the next level. To that end, no expense or effort was spared in its design and creation. The LFA utilizes Carbon Fiber Reinforced Plastic (CFRP) construction for its chassis and bodywork to deliver a light, incredibly strong and impact-resistant structure. To maintain the highest possible quality standards, the LFA team developed its own CFRP processes in-house.

“The LFA is a thoroughbred supercar, a lightweight, powerful and balanced machine engineered to achieve one single goal — to deliver a supreme driving experience,” said Haruhiko Tanahashi, chief engineer of the LFA’s development program. “Over the past decade we have pushed every boundary — including the development of our own cutting edge carbon-fiber monocoque chassis and bodywork — in the pursuit of this goal. I believe that we have created the most driver-oriented car we possibly could.” 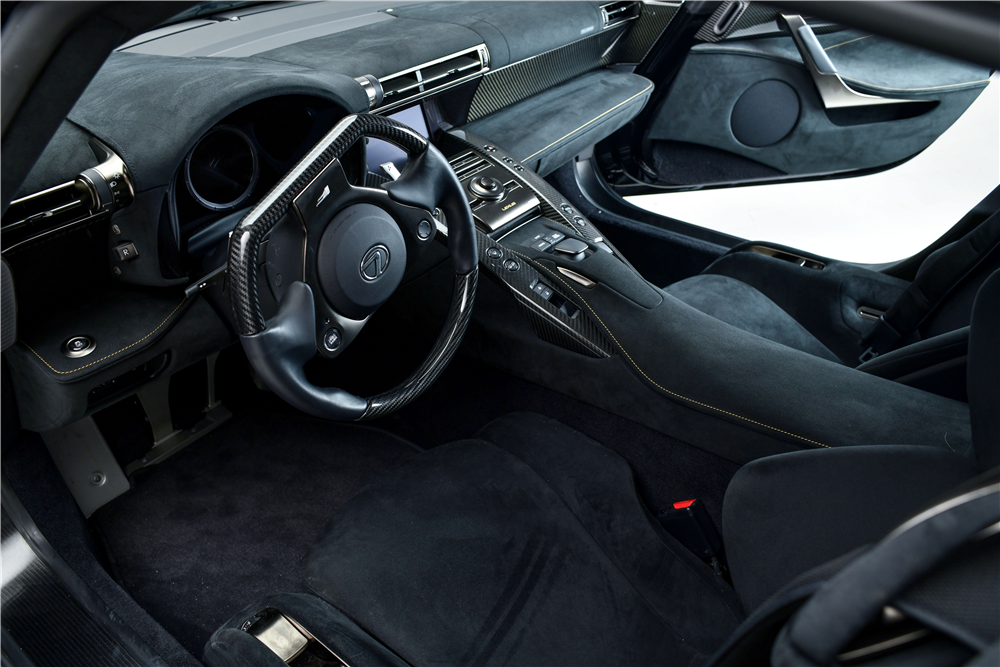 One of the people who played a key role in the launch of the Lexus LFA was famed sports-car racer and Lexus brand ambassador Scott Pruett, who in his Hall-of-Fame career won a record 60 North American sports cars races, including five victories in the Rolex 24 Hours at Daytona. Pruett also is a three-time SCCA Trans Am champion. 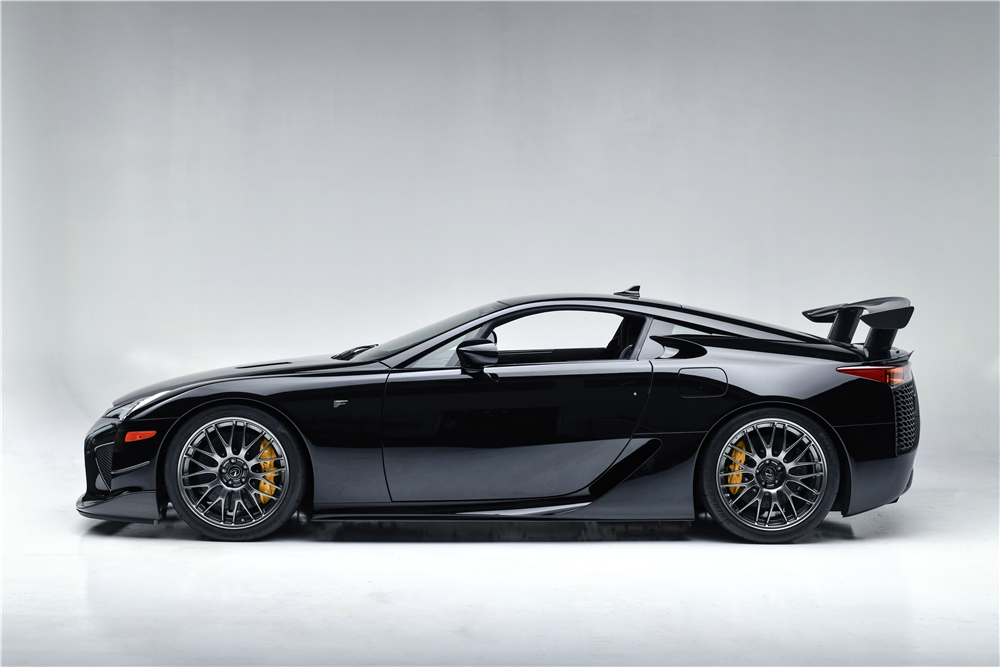 This Lexus LFA Nürburgring Package checks all the boxes: one owner, low mileage, rarity, impeccable condition, desirable colors and incredible performance. Barrett-Jackson will sell this car at no reserve in Scottsdale, and its new owner will walk away with an exotic and beautiful high-performance automobile that make a stunning centerpiece of any collector’s garage.