Remember the Subaru Brat with seats in the pickup bed? 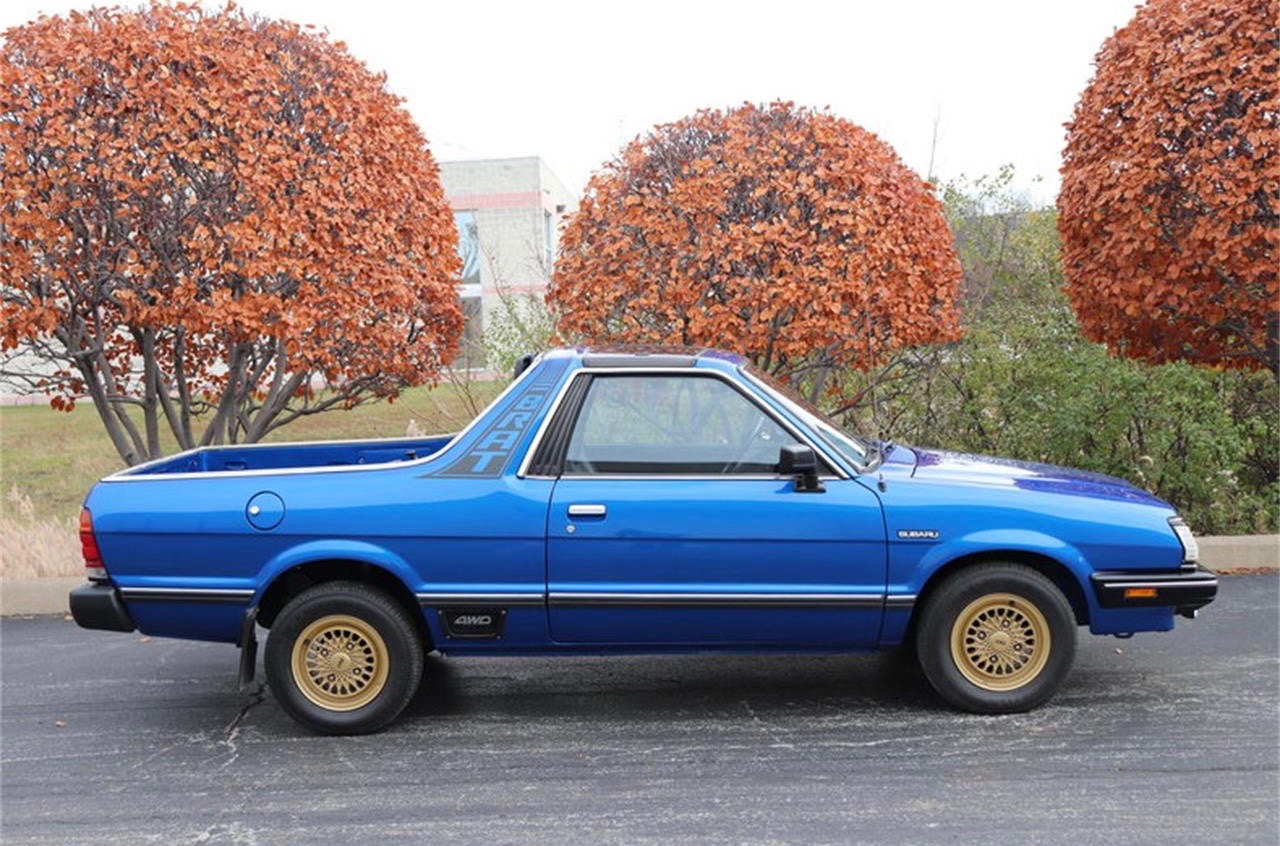 In the aftermath of the oil crisis, compact vehicles, including pickup trucks, were in high demand in the United States.

Chevrolet brought in an Isuzu pickup badged as the LUV and then added its domestically developed S10. Dodge imported a Mitsubishi model it called the D50 and then did its own Rampage. Ford used a Mazda it sold as the Courier until it downsized its own Ranger.

Toyota and Nissan had popular entries in the compact pickup truck market and Subaru got into the act as well when the president of Subaru of America asked headquarters in Japan for a vehicle that would have unique appeal.

The result was the Subaru Brat, which not only had four-wheel drive but four seats — two of them mounted rear-facing in the pickup truck bed.

A 1983 Subaru Brat is the Pick of the Day. The trucklet is advertised on ClassicCars.com by a specialist dealership in Alsip, Illinois.

As the advertisement notes, Brat was short for Bi-Drive Recreational All-Terrain Transporter.

The ad notes that the Brat was never sold in Japan; it was an export-only vehicle, and that the rear-facing jump seats were welded in place and had adjustable headrests, seatbelts and grab handles.

The odometer shows 216,497 miles, yet the vehicle appears to be immaculate in the many, many photos that are part of the advertisement. The asking price is $14,900.