We reported recently about the upcoming revival of ice racing at Zell am See, Austria. Now, Audi has announced its support of the event, where it says it will highlight more than 80 years of racing, put the Auto Union Typ C on display, race the Audi Sport Quattro S1 rally car made famous by Walter Rohrl, and will have  Formula E racer Daniel Abt and German touring car racer Rene Rast put the Audi e-tron FE04 and RS5 into competition for the first time on  ice. 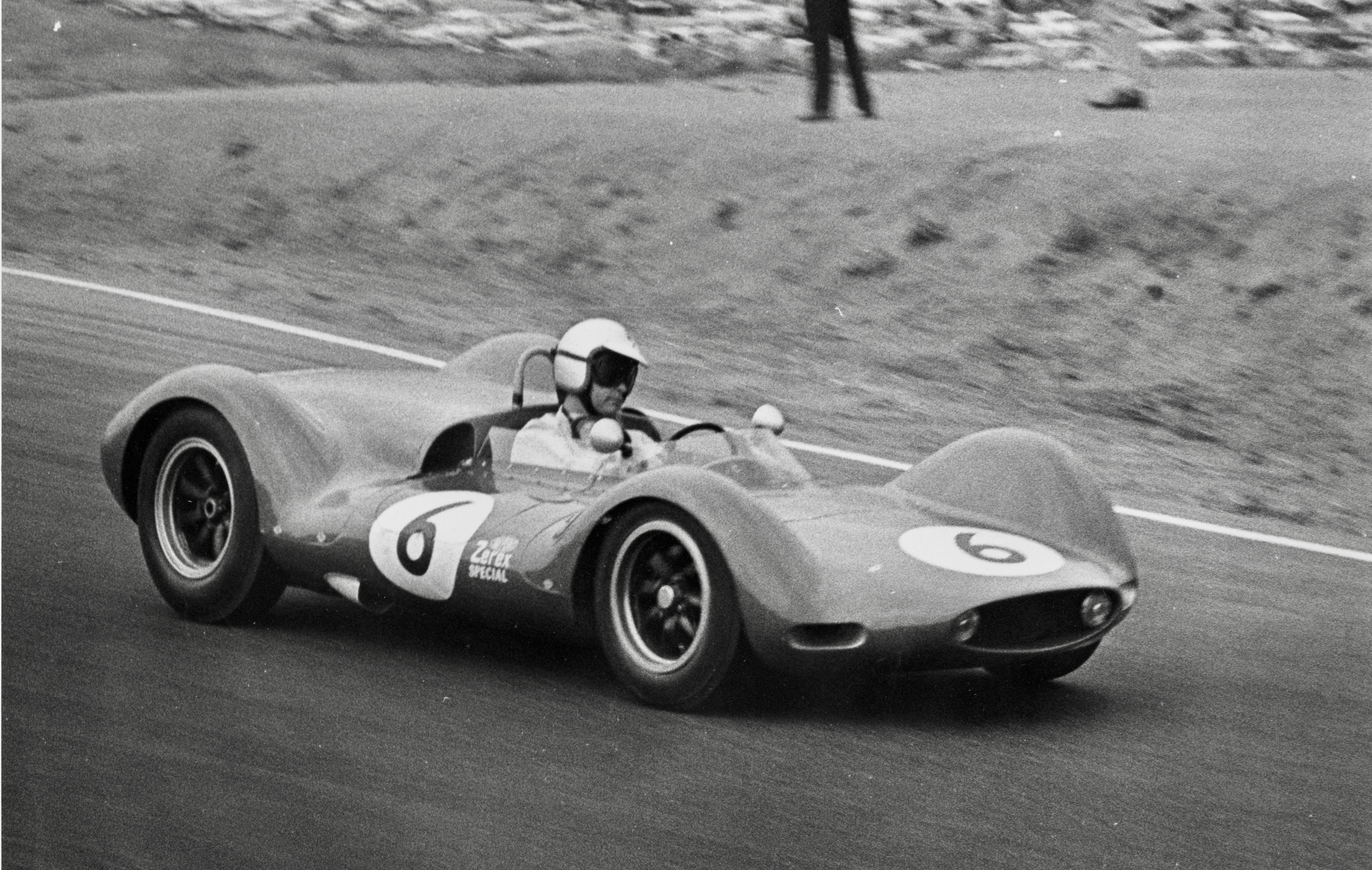 Roger Penske drives the Zerex Special to victory at Riverside Raceway in 1952 | National Speed Sport News and IMRRC archive photoIf you are interested in motorsports history, you’ll want to read “Stopwatch,” the new blog just launched by the International Motor Racing Research Center in Watkins Glen, New York.  In the blog, historians and others share stories, images and video as part of the research center’s mission “to collect, preserve and share the global history of motor racing.”

“We chose to call the blog ‘Stopwatch’ because of the obvious relationship to motor racing, but also because we hope to stop time for a few minutes and let our readers savor the great racing stories from the past,” Mitch Bishop is quoted in the announcement. Bishop is a member of the research center board and son of IMSA founder John Bishop.

“The IMRRC collection has grown exponentially over the last 15 years to include more than 5,000 cubic feet of material,” he added. “The new blog is just a first step towards making it easier for racing fans across the globe to experience the fascinating stories contained in the archive.”

The first blogs have been published on the IMRRC website and include “Road Racing Wars,” the inside story of the fight for control of sports car racing after World War II; “Dream Car,” the story of the Alfa Berlinetta that won the first race through the streets of Watkins Glen in 1948; and “An American in France,” a look at Dan Gurney’s first Formula One victory, in the 1962 French Grand Prix.”

Designed to re-create the spirit of British club racing in the 1950s, Equipe Pre 63 launched in 2018 and, according to the organizers, surpassed expectations, averaging 27 cars per race.

The group has announced its 2019 schedule and anticipates even more of the vintage Healey’s, Jags, MGs, Morgans and the like to take part. The season begins with a test day March 1 at Brands Hatch. The first race is scheduled for April 6 at Silverstone and the 8-event calendar runs through October 5, also at Silverstone.

Race Retro, the annual indoor vintage racing showcase at Stoneleigh Park, Warwickshire in the UK, will celebrate the 40th anniversary of the first victory by a turbocharged Formula One car February 22-24, 2019.

Also featured at the show will be the turbocharged Porsche 917/10 Can-Am racer driven by Jody Scheckter for the Vasek Polak team.