The only open-cockpit Ford GT40 to race at Le Mans is on the docket for Mecum Auctions’ Kissimmee, Florida, sale scheduled for February 3-13, 2019. Officially the 1965 Ford GT Competition Prototype Roadster, GT/109 was driven in the 1965 24 Hours of Le Mans by Guy Ligier and Maurice Trintignant.

Famed custom-car builder Dean Jeffries discovered the car sitting in a Ford garage in 1968 and owned it for 45 years before selling it to Dana Mecum, who did a three-year restoration of the car and showed it as part of the special GT40 class at Pebble Beach in 2016. The car took second-in-class honors at the concours.

The car was entered at Le Mans as the Ford GT40 Spyder by Ford France but completed only 11 laps before suffering transmission failure. Two of the Ford GT40 coupes retired after 29 laps with cylinder-head issues, another made it 45 laps before its gearbox failed, and yet another did 90 laps before being sidelined with clutch problems.

Meanwhile, a Ferrari 250 LM completed 347 laps for the Italian sports car manufacturer’s fifth consecutive Le Mans victory. But it would be the last for a while as Ford came back and won the round-the-clock race with GT40s in 1966-1969.

Henry Ford II was determined to beat Ferrari after Enzo Ferrari reneged on an agreement that would have enfolded Ferrari into Ford. “The Deuce,” as Henry Ford’s grandson was known, was furious and launched a cost-no-object effort to win at Le Mans.

GT/109 was one of 12 prototypes built at Slough, England, by Ford Advanced Vehicles between January 1964 and April 1965. Of those cars, five were roadsters. Nos. 103 and 104 were assigned to Shelby American for testing and for racing in the United States. GT/103, racing as the Ford X1 roadster, carried Ken Miles and Lloyd Ruby to victory in the 1966 Daytona Continental.

Nos. 108 and 109 also were roadsters, 109 being a special-order version with a chassis stretched three inches and with a removable rollover section. No. 108 was built for public roads while 109 was supplied to Shelby in March 1965 for use by the Ford of France racing team he would lead that summer.

Mecum Auctions reports that Shelby American “work order No. 15116” was opened on May 19, 1965, to “preform necessary repairs and mods to GT/109.” Those changes brought the car closer to the Miles/Ruby racer spec, including Halibrand magnesium wheels, front-corner air dams and a Cobra-spec 289cid V8 connected to a ZF 5-speed transmission.

After Le Mans, the car went to Kar Kraft in Michigan for use in the development of the GT40 J-Car project, was equipped with a 4-cam Indianapolis racing engine, automatic transmission and experimental braking and other components. Many of those changes also were applied to GT/110, a 427cid-equipped roadster.

From Kar Kraft, GT/109 went back to Shelby American, where it was rebuilt and stored for a couple of years before moving into a Ford warehouse in Michigan, where it was discovered by Jeffries, who was in Dearborn with A.J. Foyt for a meeting with Ford racing director Jacques Passino.

Jeffries bought the car from Ford, installed an Indy engine and then a 289cid racing engine that Shelby said was the engine used at Le Mans when 109 was racing in the 24 hours event. 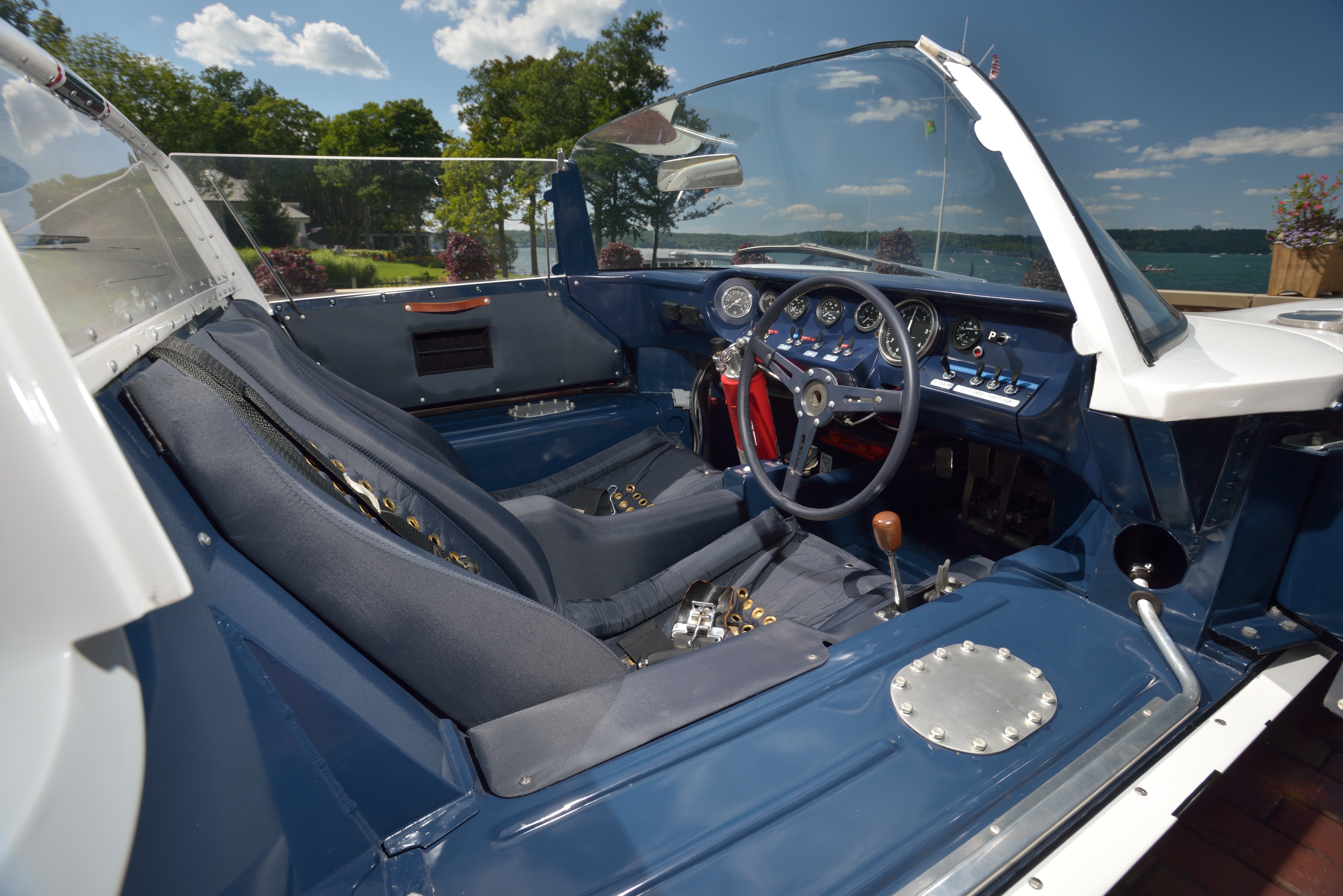 The car was displayed at Pebble Beach in 2003 as part of a special 100 Years of Ford Racing celebration. Dana Mecum bought the car from Jeffries and had Harley Cluxton’s GTC Mirage Racing undertake its restoration, including a rebuild of the original 289cid engine.

Mecum Auctions notes that the Ford 4-cam Indy engine will be included as part of the car’s sale in Kissimmee.

GT/109 finished second in class at Pebble Beach in 2016 only to the GT40 that Bruce McLaren and Chris Amon drove to victory at Le Mans in 1966. A week later, GT/109 took best of show at the Milwaukee Concours d’Elegance.