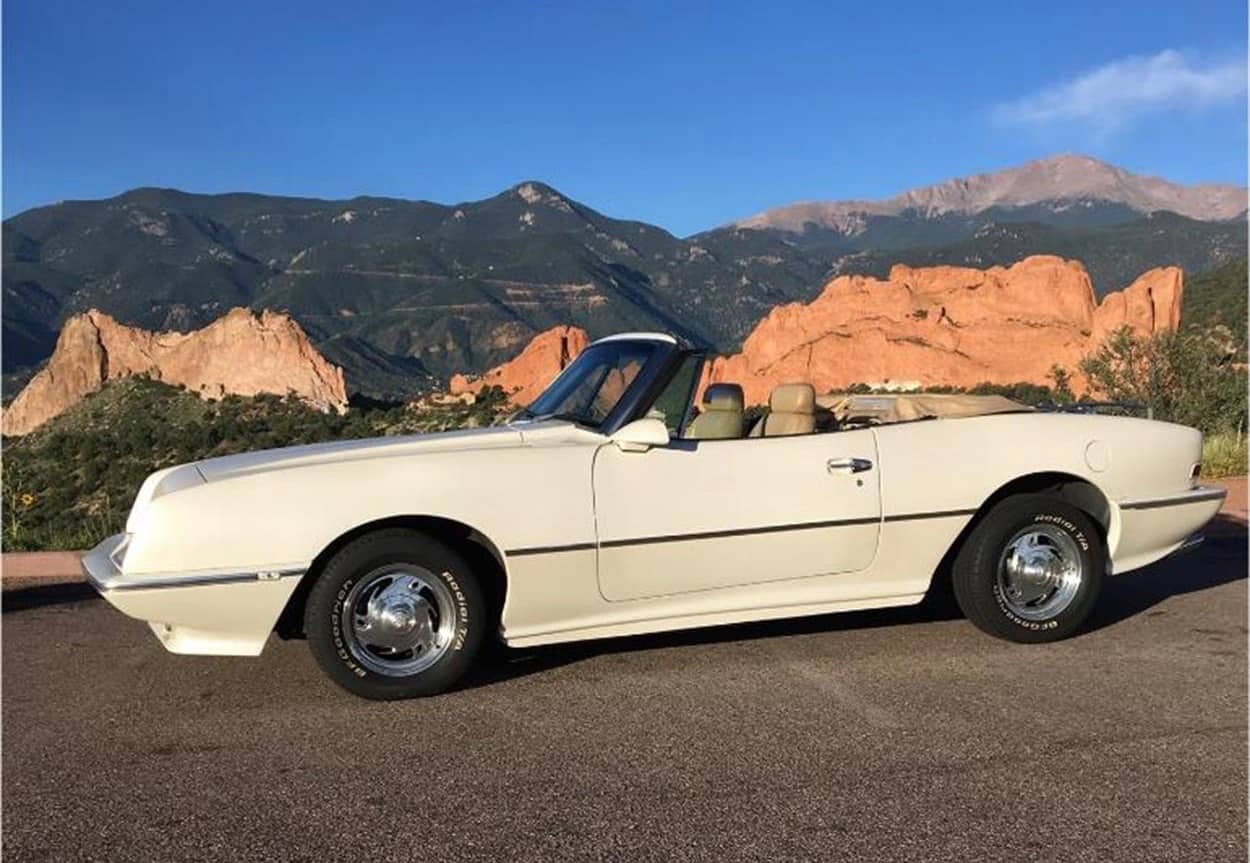 After the demise of Studebaker in the mid-1960s, tooling and the rights to the company’s models were purchased by former Studebaker dealers, who produced the Avanti II model, which looked much like the original but initially was powered by a 5.4-liter Chevrolet Corvette V8 engine, Studebaker engines being no longer available.

The dealers sold their rights in 1982. By 1987, those rights were sold again and The New Avanti Motor Corp. was established in Youngstown, Ohio, where coupes and convertibles and even 90 four-door cars were produced before that company closed in 1991. 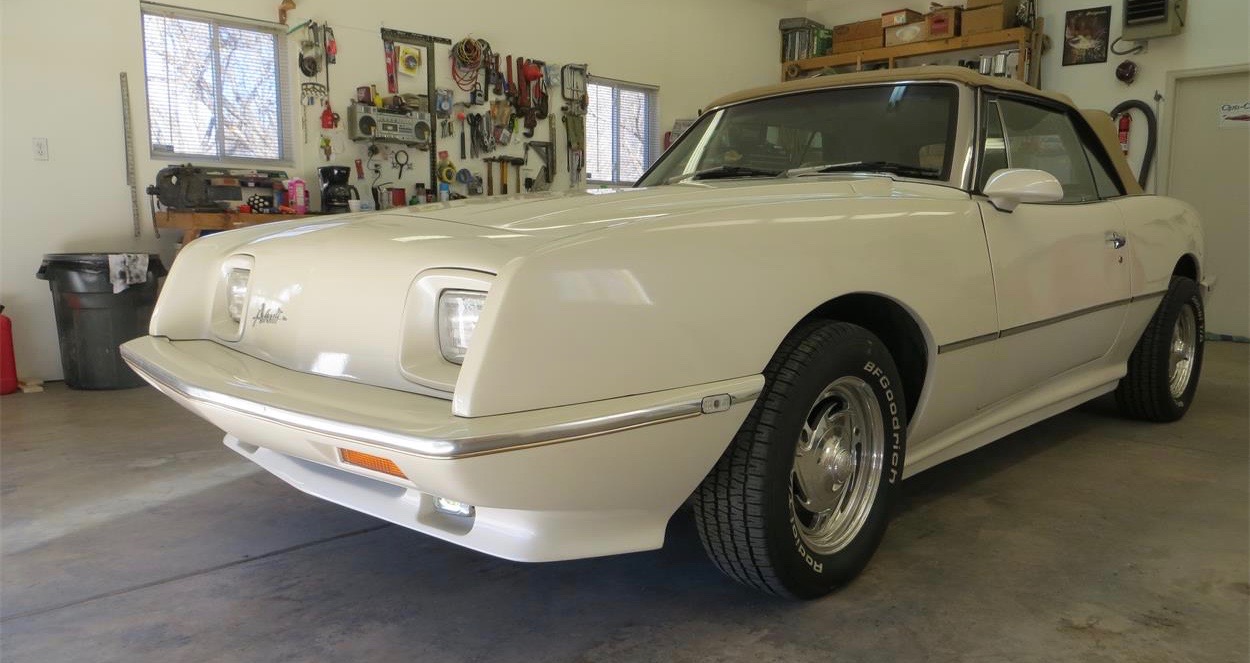 One of those Youngstown cars, a 1989 Studebaker Avanti convertible, is the Pick of the Day. The car is being advertised for sale on ClassicCars.com by a private seller in Colorado Springs, Colorado.

“These are hand-built, American production cars in a limited number and the lowest production and most desirable were the convertibles,” the seller reports.

The car is built over a 1989 Chevrolet Caprice frame and 5.0-liter engine and 4-speed automatic transmission.

“It is very dependable and the parts are available everywhere,” the seller says. 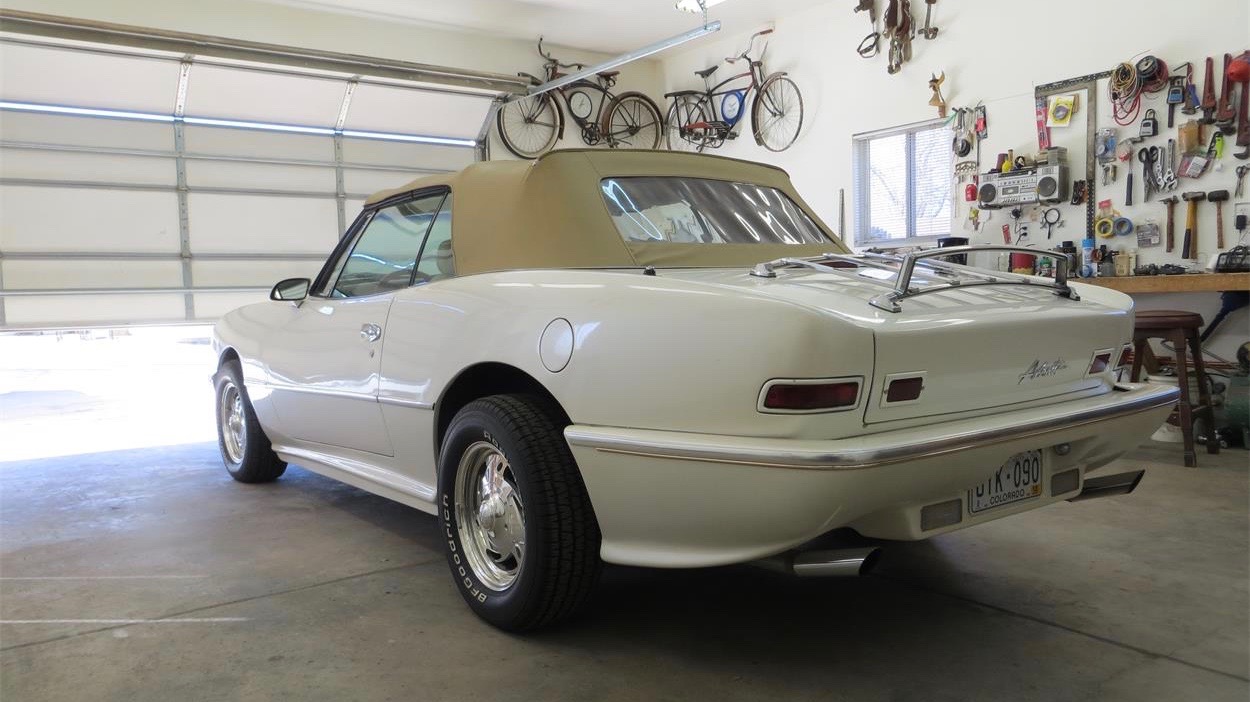 “The car drives really nice and looks good — interior and exterior. “It is nice enough to show and/or drive. There is probably a 99% chance that there will not be an Avanti convertible at the show. Everywhere you go — people look, point, thumbs up, or ask about it.”

The seller notes that the car has not been restored, nor does it need to be.

“Regular maintenance has always been done,” the seller says, adding that the fuel pump, water pump, thermostat, belt and brakes have been replaced, as have the tires.