Pick of the Day is first-generation Chevy Blazer 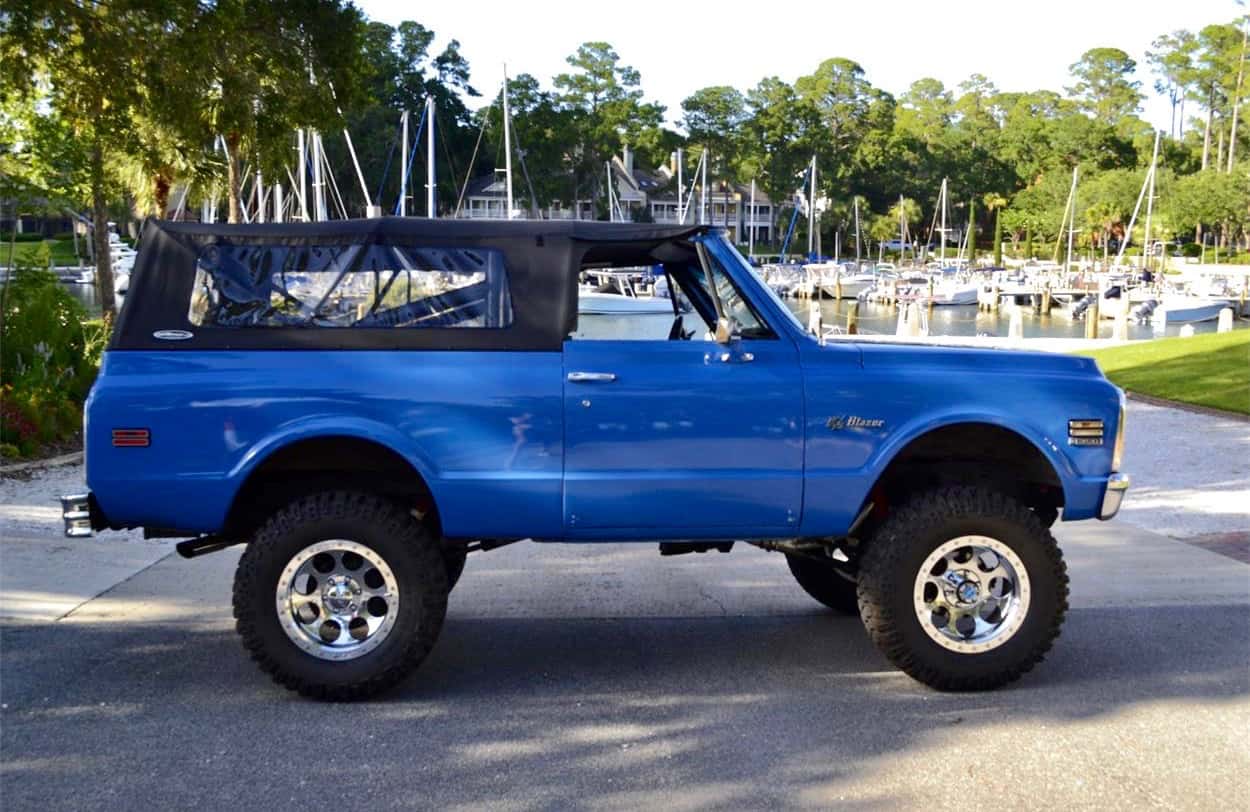 Chevrolet has revived its Blazer nameplate for the 2019 model year, applying it to a sport utility vehicle with all-wheel-drive capability and a V6 engine. Those statements likely come as a surprise to those who remember the original Chevy Blazer, a 4-by, go-anywhere competitor for the likes of the Ford Bronco and Jeep Cherokee.

The K5 Blazer was introduced as a 1969 model. It was built on a substantial truck frame, came with a 250cid 6 or 307cid V8, manual or automatic transmissions, and a removable top to provide Jeep Wrangler-style open-to-the-environment driving adventures.

The Blazer’s first generation extended through the 1972 model year and thus includes our Pick of the Day, a 1972 Chevrolet Blazer being offered for sale on ClassicCars.com by a private owner in Hilton Head, South Carolina.

What makes the Pick of the Day rare, indeed, is the fact that the seller vows that this Hawaiian Blue beauty has never ventured off road, though it has been restored and upgraded.

“Kept inside for the past 15 years,” the seller states in the vehicle’s advertisement on ClassicCars.com, “we drove and showed the truck locally, took good care of it while performing extensive engine and mechanical system upgrades and spared no expense along the way.”

In addition to the blue paint, this Blazer has a “refitted” blue-cloth interior and a Softopper black soft top. It features AutoMeeter gauges, Sony audio and powder-coated roll bar.

It also has a Smeding Performance “Hot Rod” craft engine, which has been driven fewer than 1,000 miles since its installation, as well as rebuilt automatic transmission and Dana axles front and rear. It has Detroit Lockers as part of its 4×4 setup, Painless wiring harness, BeCool fans, Rancho suspension and steering stabilizers, with a 4-inch lift above stock ride height.

Other changes include Mickey Thompson wheels and tires and Flowmaster exhaust behind Hedman headers.

The seller is asking $42,000, which includes the vehicle and all documentation and receipts.