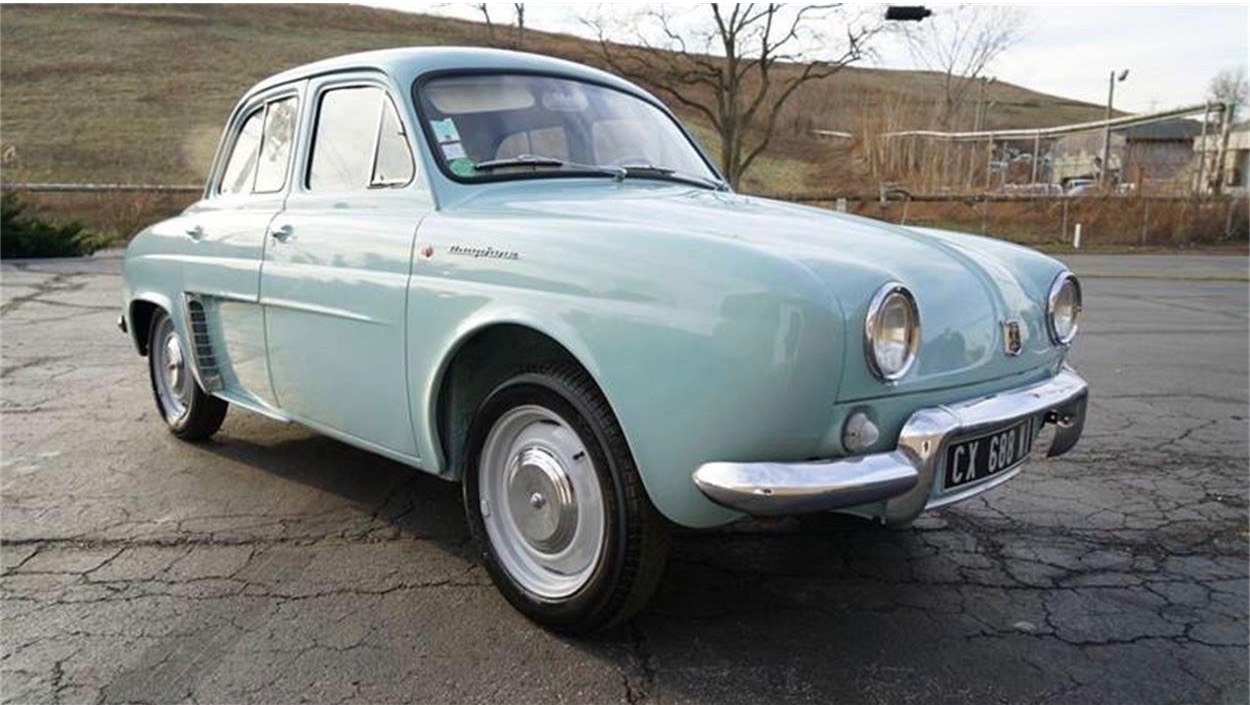 Editor’s note: November is Import Month on the ClassicCars.com Journal. Get all the news you could ever need about German, English, French, Italian, Japanese and lots of other cars at our dedicated page.

In the early 1960s, it was not at all unusual to see a small, nicely rounded compact car puttering around American roadways — and, no, we’re not talking here about the Volkswagen Beetle.

The subject is another European import, but this one is from France. It’s the Renault Dauphine, a car that Time magazine noted in 1958 “has come up fastest in the US market in the past year… already outselling Volkswagen in eleven U.S. states, including Texas.”

The Pick of the Day, being advertised on ClassicCars.com by a specialist dealership in Old Bethpage, New York, is a 1962 Renault Dauphine recently imported from France and driven only 33,500 miles — or 54,000 kilometers as its odometer indicates — since new. 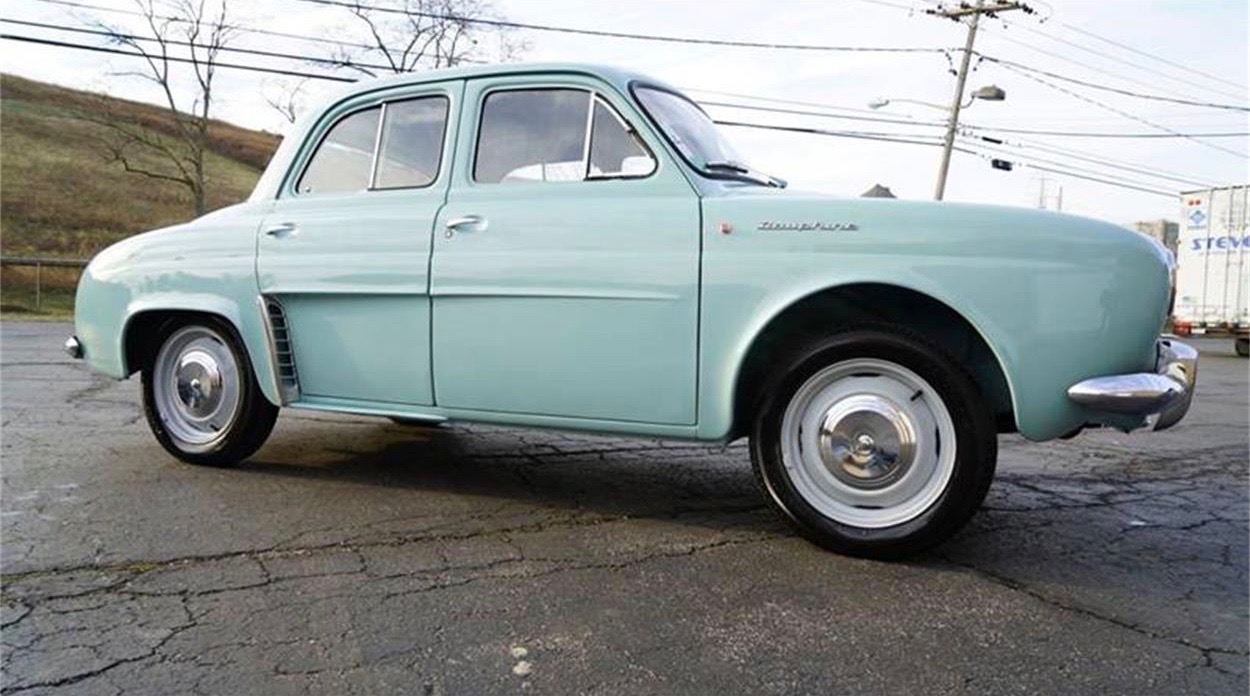 Its primary product was the Dauphine (Dauphine is a French word for a female heir to the throne or, if you prefer, princess).

Renault launched its successor to the 4CV during calendar year 1956. It was a compact four-door sedan with a rear-mounted 4-cylinder engine and headlamps attached to the front-hinged hood. It also had undergone 2 million miles of development testing in various climates before its launch.

In the early ‘60s, engine and suspension were upgraded.

According to the dealership offering the 1962 Dauphine for sale, “This little Super Micro Class vehicle starts runs, shifts and drives perfectly. It is actually quite amazing to see her on the road. She drives smooth and straight with NO issues at all.

“Surprisingly, she has quite a bit of power and can keep up with today’s traffic. The original 845cc Inline 4-cylinder engine with a 3-speed manual synchromesh transmission.” 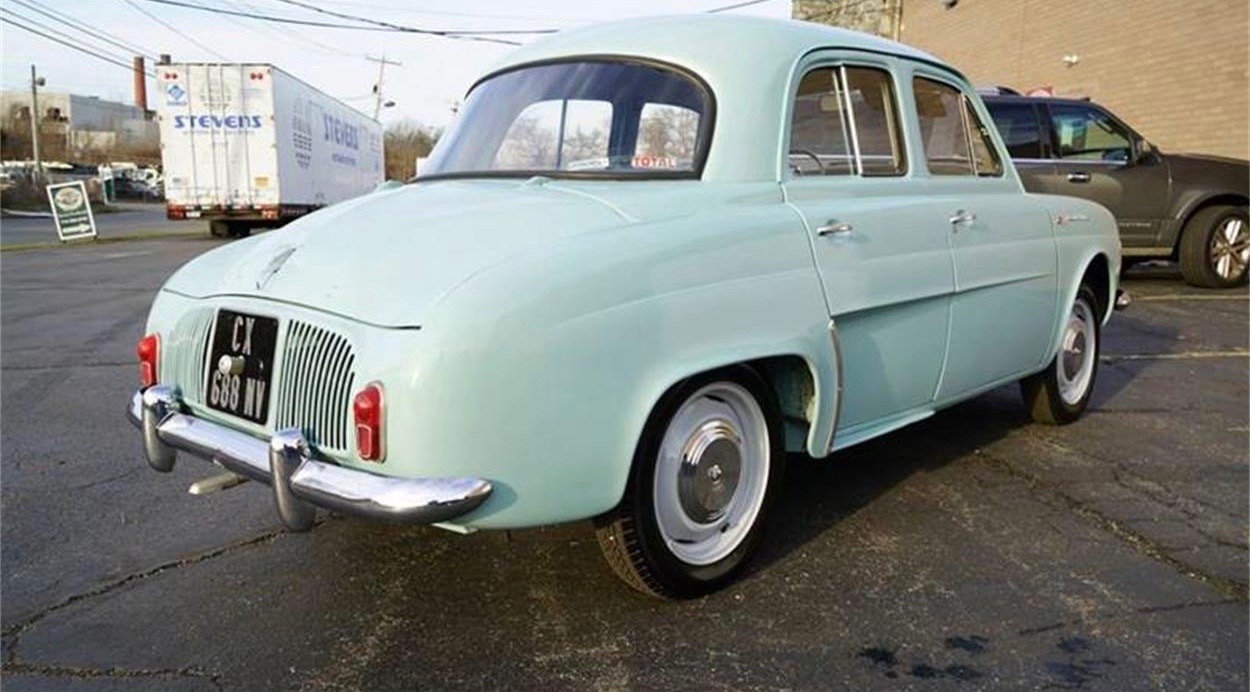 The dealership notes that the car was repainted in its original factory shade and that the interior, with its blue plaid cloth, appears to be original, and with all features and gauges working as they should.