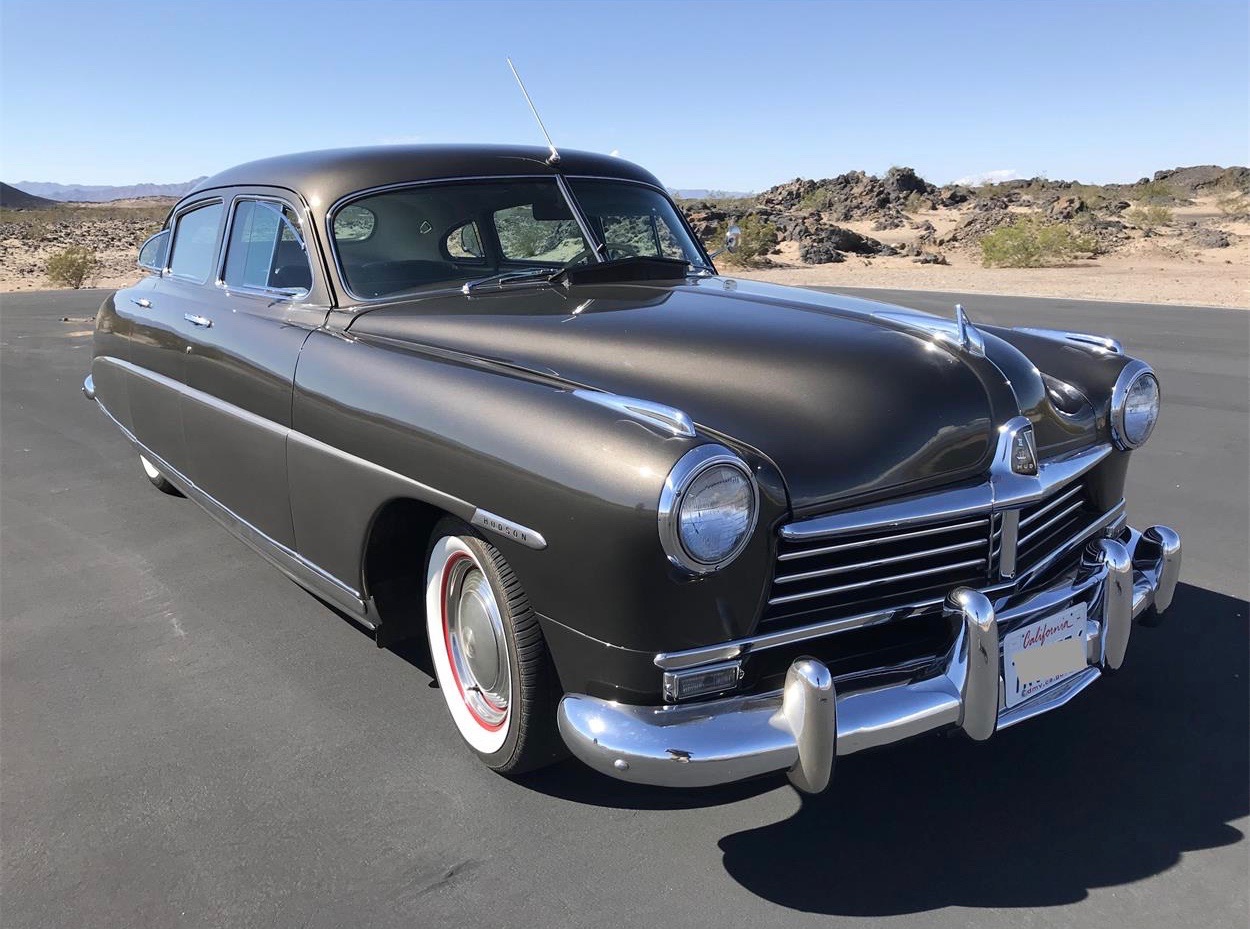 Now that a more-than-dozen-year restoration has been completed, a 1949 Hudson Commodore not only is for sale, but is the Pick of the Day.

According to the private seller advertising the car on ClassicCars.com, the restoration began in 2005 with such items as brake master cylinder, gas tank, engine and wiring.

Next came a new steering wheel, then a carburetor rebuild and new suspension components.  Seat belts were installed and other work was done, including reconditioned steering box, rebuilt windshield-wiper vacuum motor and radio rebuild.

In 2011, the seats were reupholstered with Lebaron Bonney wool broadcloth. The following year, exterior trim and bumpers were chrome plated, and interior and exterior stainless steel trim was straightened and polished.

The work continued through the years and this year included a new rear U joint and headlamp relays.

The seller notes that in addition to seat belts and headlamp relays, updates to the car include turn signals, Pertronix ignition, a PVC valve, electric fuel pump, auxiliary input for the radio snd sound proofing.  The car also rides on whitewall radial tires.

The seller adds that the car has its numbers-matching straight-8 flathead engine, and the 3-speed transmission features working Drive Master, a Hudson option that provides automatic clutch operation and shifting.

“The car has been a consistent trophy winner at large and small local car shows,” the seller adds.

“People all over have a strong interest in the car and love to tell stories about their memories or trips or relatives with Hudsons. Even kids like the Hudson because of their knowledge of the movie Cars and ‘Doc Hudson’.”

The car is located in El Cajon, California, and is being offered for $36,500.