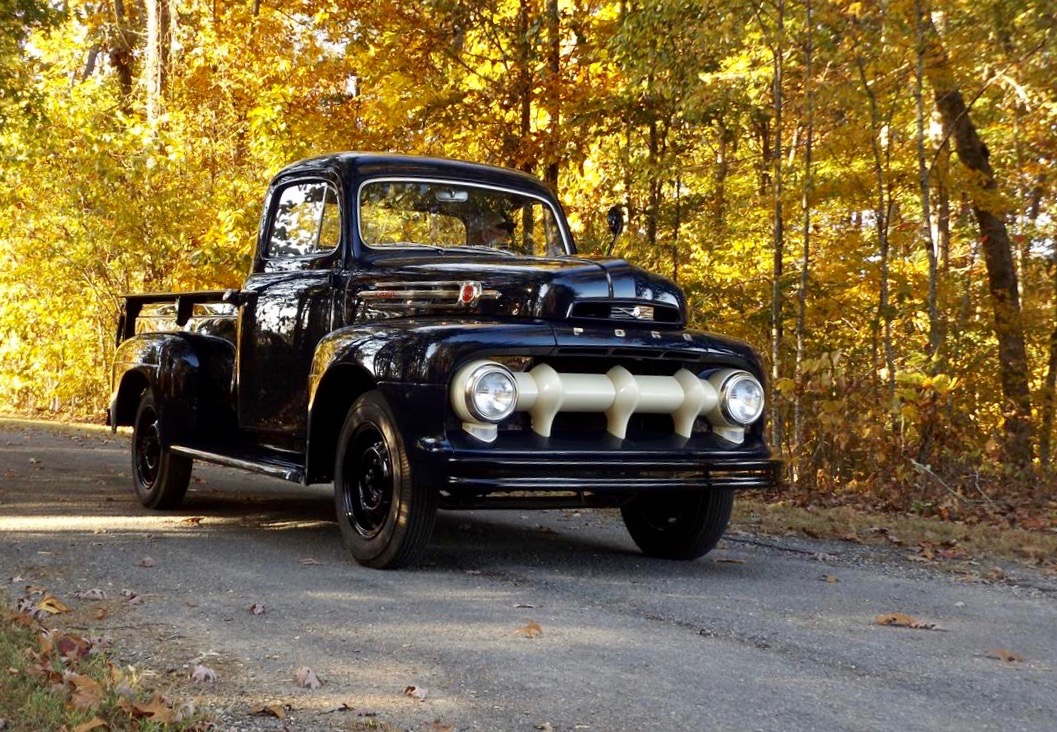 Hard on the heels of the annual SEMA Show comes a Pick of the Day that’s SEMA-worthy. It’s a 1952 Ford F3 being advertised on ClassicCars.com by its private owner, who notes in that ad that the truck won the F100 Super Nationals in Nashville, Tennessee.

According to the ad, the seller purchased the car from the family of its original owner, who bought it new with the largest engine available and on “a full-ton chassis.” The truck was an F3 with the Five Star option package which included extra padding in the seat, dual trumpet horns, extra chrome on the hood, a headliner, dual wipers, dome light, etc.

The seller notes that the truck was purchased with the big engine and sturdy chassis “to run moonshine” in Tuscaloosa County, Alabama. After such service, the truck was retired to a barn for 29 years, “where I finally talked my friend and prior owner to sell it to me.”

“My promise to him was I would put the truck back to its original glory days,” the seller says. “As an engineer, I got carried away.”

A nut-and-bolt dismantlement took place, and was thoroughly documented, the seller reports.

After the work began, the restoration was put on hold for a decade, but the engine was manually cranked every month and then re-started when reinstalled in the truck.

A dozen years after the project began, the truck went to the body shop, Randy’s, which the seller notes is well-known in the South for its work on Corvettes.

The restoration was completed in March 2016, sadly not until its original owner was claimed by cancer.

The completed truck was unveiled at the F100 Super Nationals, where it won best in class and truck of the year honors.

“The judges had only positive feedback when they worked their way around,” the seller reports. “Comments such as a perfect paint job not even any orange peel, no ripples in the planes, perfect image of a 1952 Ford F3 truck, interior was correct and spotless, engine and compartment was done correctly all the way down to the P610 original DLC (Deluxe Champion tires by Firestone) touching the ground. I even kept the original three piece rimes.

“One of the judges spotted the bracket with the correct Ford part number holding the tail light and said he has never seen one before.”

The truck also won best in class in a return visit to the Super Nationals and now is for sale by a seller who notes, “I am getting old.”