Pick of the Day has racing history 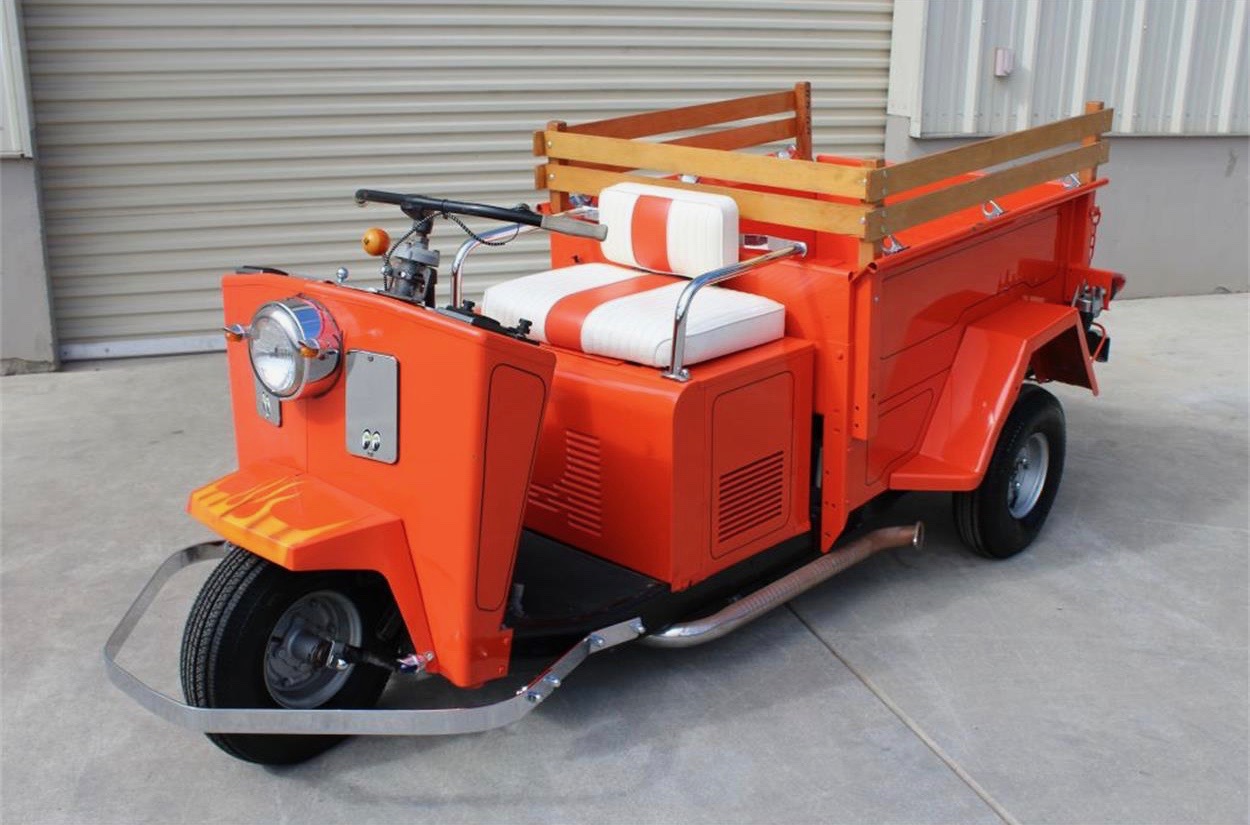 The Pick of the Day has motorsports provenance, but it isn’t a race car. It’s a 1973 Cushman Truckster that, according to its advertisement on ClassicCars.com, has served as a shop cart for several racing teams.

The three-wheeler wears a custom orange paint job, flames, faux side pipes and is equipped with a Kraco cassette player.

The seller, a specialist dealership in Morgan Hill, California, says the three-wheeler is street legal, has a two-speed manual transmission and has been souped up to achieve speeds as fast as 45 miles per hour.

“This scooter has recently been upgraded with a new battery, tires, brake system, and has been rewired throughout,” the dealership says.

Since its launch in 1973, the Cushman has retained its original engine and has been driven 2,634 miles.

Cushman was founded in 1903 in Lincoln, Nebraska, where Everett and Clinton Cushman produced Husky-brand engines for farm equipment and other uses. It began selling motorized scooters in 1936, with many of them going to the U.S. military during World War II. 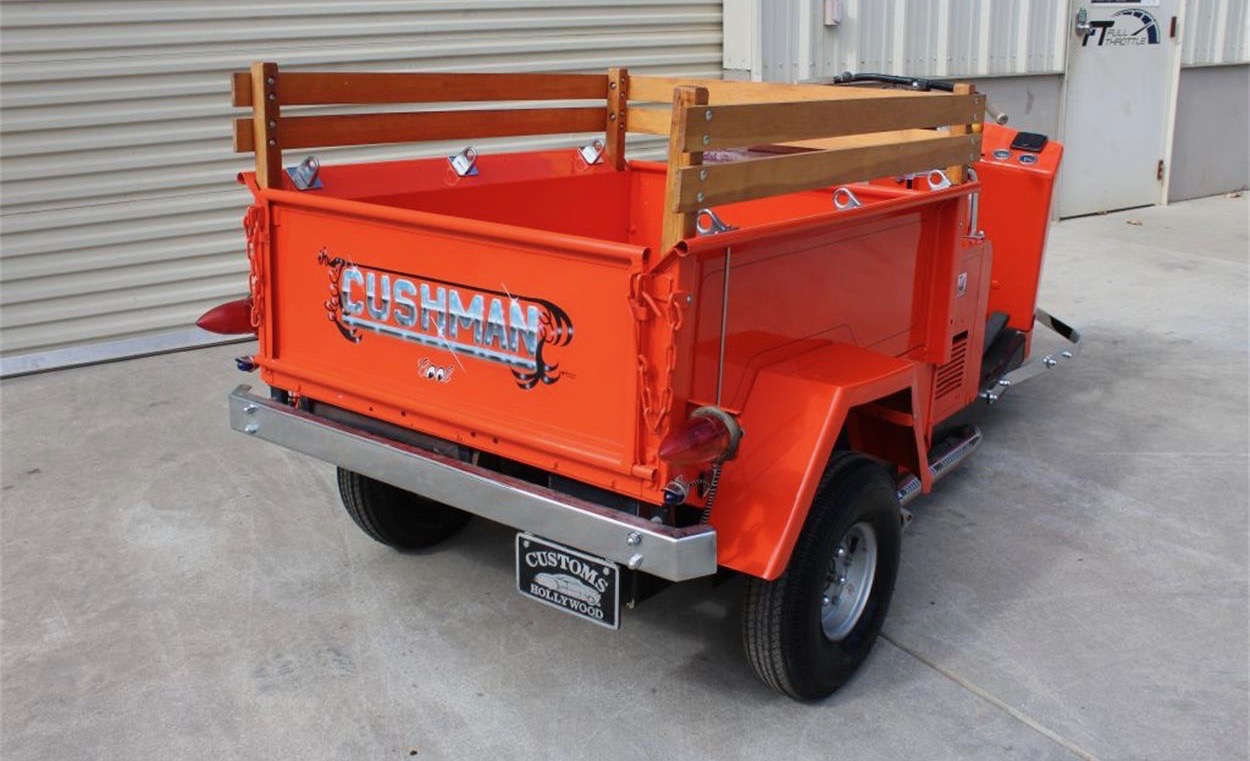 It launched its Truckster line in 1952, producing three-wheel vehicles that could be used for maintenance work, even for neighborhood ice cream sales and by police departments.