Editor’s note: Get more news from the 2018 SEMA Show in Las Vegas by checking out our dedicated page for daily updates.

With the popularity of Honda automobiles on American roads, we tend to overlook the fact that the company produces many other products, from executive jet aircraft to motorcycles, and from portable generators to all-terrain or “powersports” vehicles.

But you couldn’t walk past the Honda stand at the 2018 SEMA Show this week in the Las Vegas Convention Center without taking a second look at an unusual vehicle that blends two of Honda North America’s product lines.

As one Honda staffer noted, the company is the only original-equipment automaker in North America that also produces all-terrain/powersports vehicles, and thus the only one that could create such a concept from its own parts bins.

Appearing ready for the zombie apocalypse, or simply for taking more than two people on an off-pavement adventure, is the Honda Rugged Open Air Vehicle concept, which is based on components from Honda’s Ridgeline pickup truck and its Pioneer 1000 all-terrain vehicle.

Well, from those with a little Civic Type R thrown in for good measure. 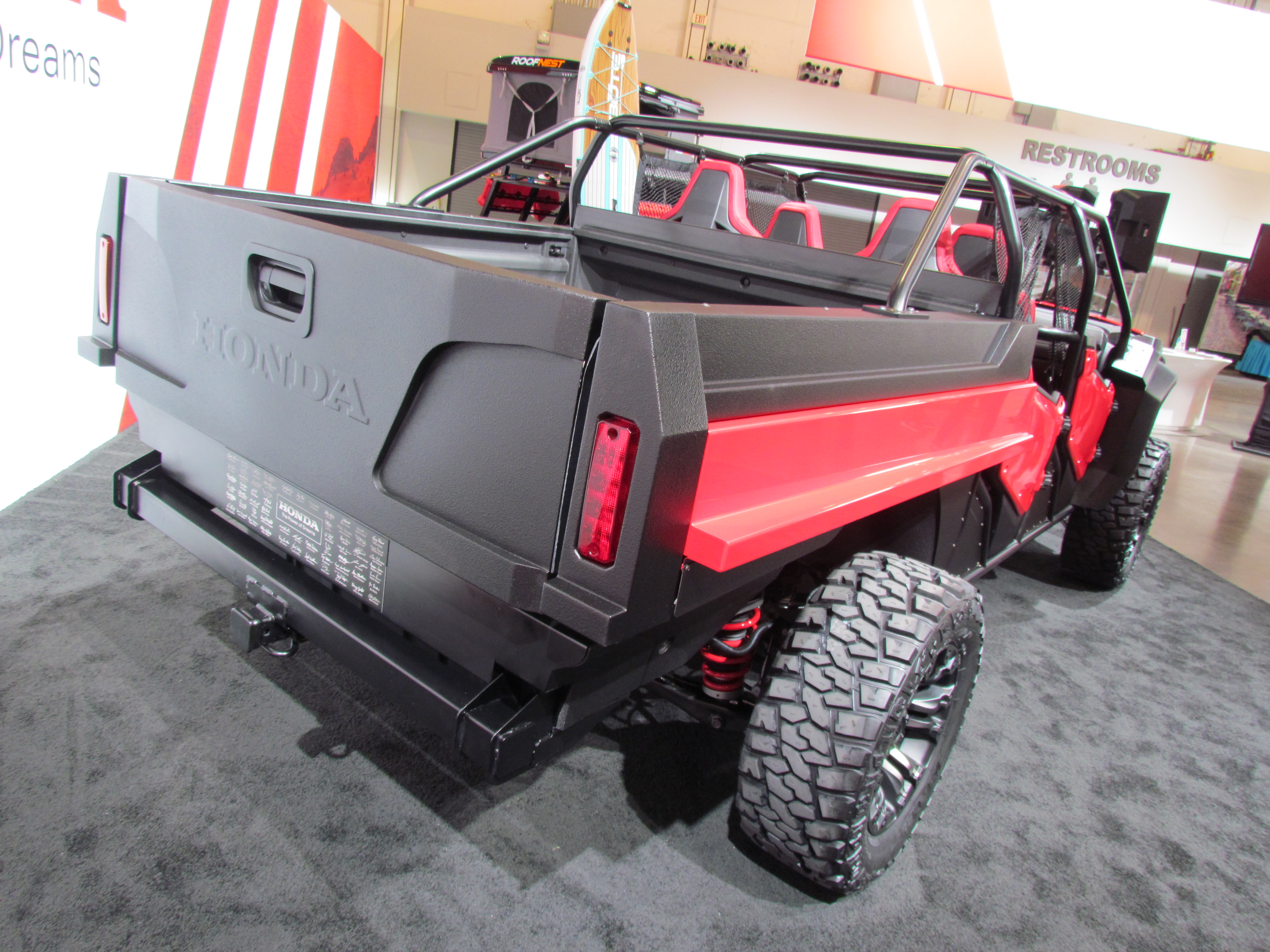 The base for the vehicle is the chassis, powertrain and suspension from the Ridgeline pickup truck, albeit with a 2-inch lift and riding on 33-inch tires. However, the design cues, and especially those of the front end and the open-to-the-air vehicle sides, come from the Pioneer product line. The doors come directly from the Pioneer and the truck bed and much of the interior was designed based on the Pioneer.

The blending of the vehicles designed for different driving environments shows in the way the Pioneer 1000 steering wheel was adapted to the Ridgeline steering column, and the way the supportive, sporty seats from the Civic Type R were reskinned with the waterproof materials normally reserved for the Pioneer vehicles.

RELATED:  Ford and Filson outfit a Bronco to fight wildfires 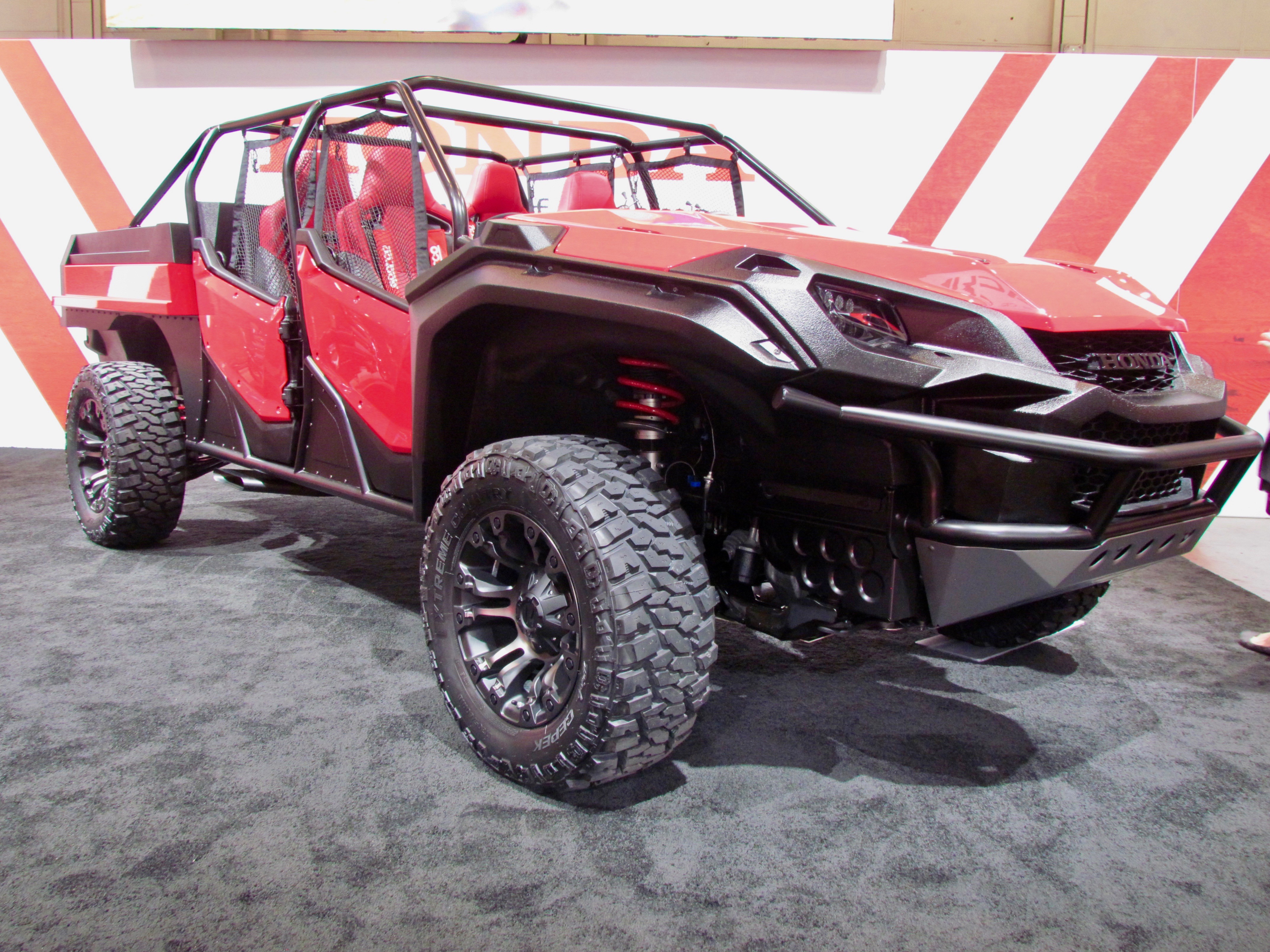 “The Rugged Open Air Vehicle concept is a physical thought exercise of what the ultimate off-road Honda four-wheeled vehicle could look like,” Honda North America said in revealing a vehicle that “vehicle combines the utility of the Honda Ridgeline with the off-road ruggedness and extreme styling of the Honda Pioneer 1000 side-by-side.”

The vehicle was built at Honda R&D Americas in Ohio and, in nice nod to the staff, carries a plate beneath its tailgate with the autographs of those whose hands put the beast together.