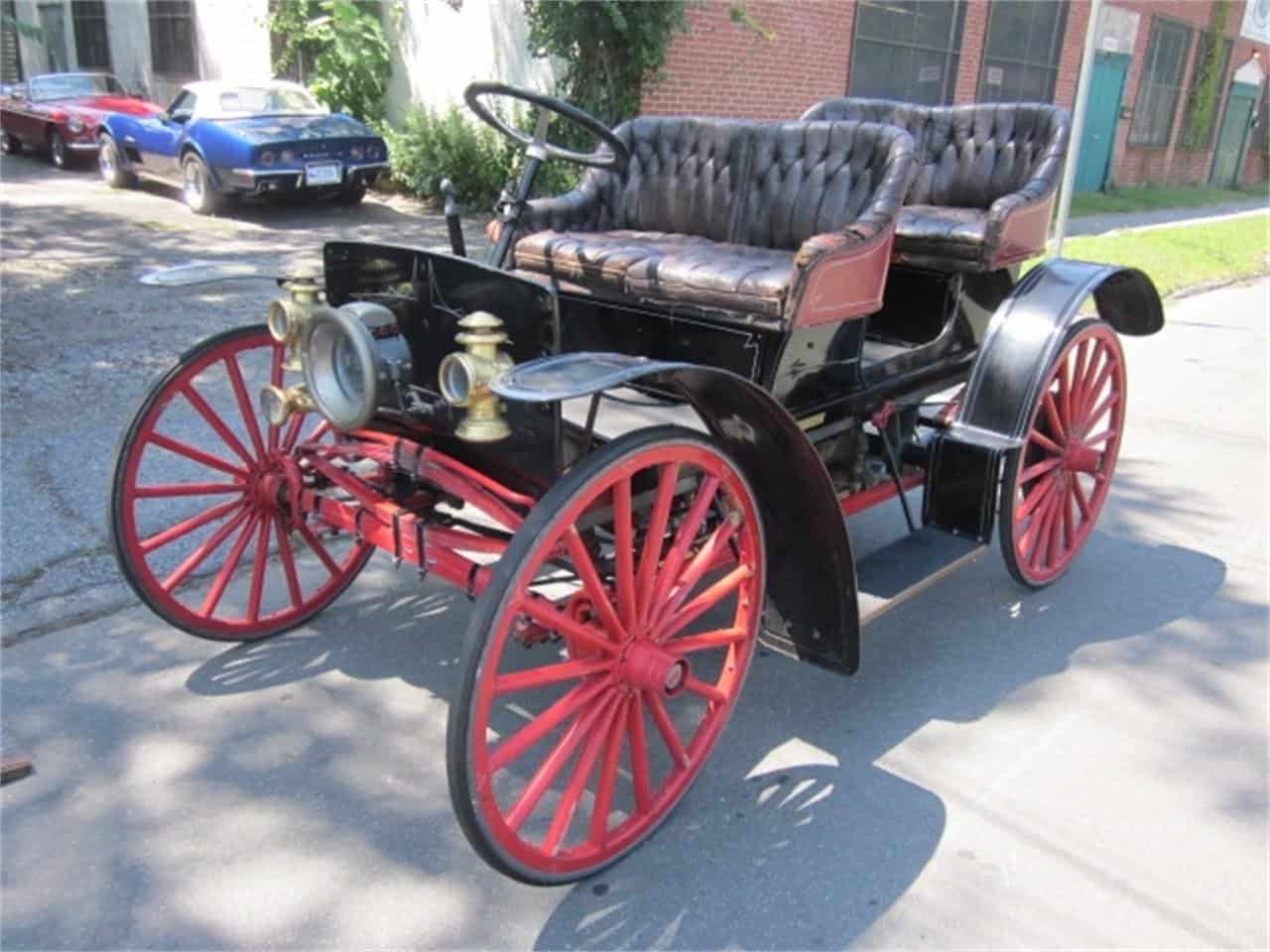 Produced in 1908, the Pick of the Day, a 1908 Tudhope McIntyre 4-passenger surrey, is too new to compete this weekend in the annual London to Brighton Veteran Car Run that celebrates the Emancipation Run in 1896 that marked the repeal of Britain’s 4 mph national speed limit.

The British event is open only to vehicles produced before 1905. But not being eligible for the “Run” shouldn’t deter interest in this 110-year old vehicle being offered for sale on ClassicCars.com by a specialist dealership in Stratford, Connecticut. 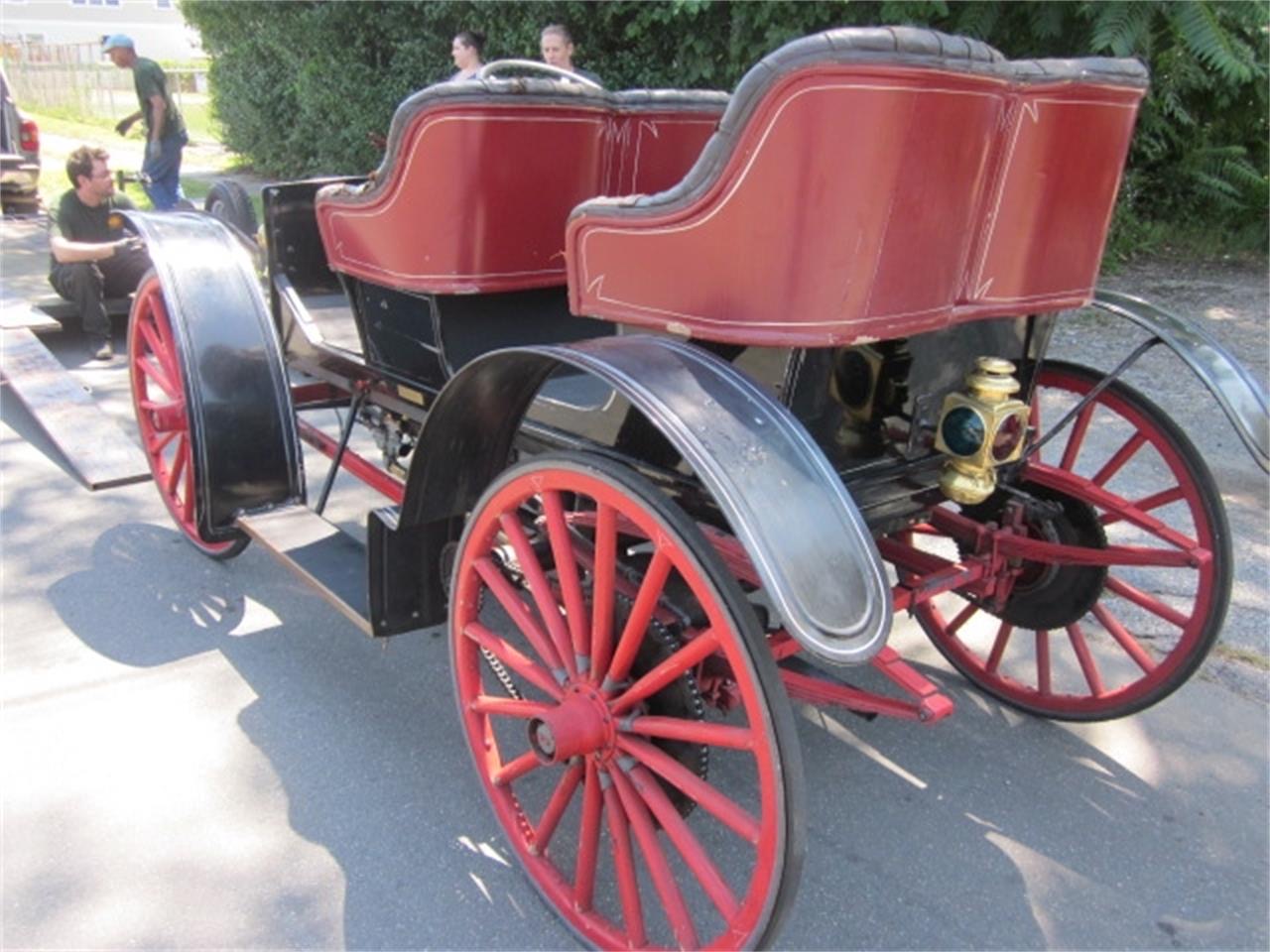 The Tudhope McIntyre was a Canadian-American vehicle, the chassis produced north of the border and the engine from the U.S.

William Tudhope produced hardware and wagon parts in Orillia, Ontario, Canada, as early as 1876, and by the turn of the 20th century was the largest enterprise of its kind in the Canadian province.

It began motorcar production in 1908, building the vehicles in Canada and empowering them with engines from McIntyre, which was based in Auburn, Indiana.

The engines were two-cylinder, horizontally opposed and air-cooled units with a 2-speed planetary transmission and chain drive to the rear axle. The car on offer is fitted with a Madison Kipp Model 50 slight-feed drop oiler to provide automatic lubrication, and the carburetor has been updated from the original Marvel model to a newer Zenith unit.

Even with such upgrades, the seller notes, that vehicle’s top speed is 8 mph.

The car has its original horsehair-stuffed seats in “reasonably well-preserved condition,” and rides on 36-inch wood wheels with solid rubber tires.

Such “high-wheelers” were going out of fashion as the first decade of the century was ending.

Tudhope produced only 514 of its cars before a fire destroyed its factory in August 1909. The company rebuilt the plant, but instead of continuing to produce its own vehicles, it took a license to produce the Everitt 30, a more-conventional vehicle from Detroit with a 4-cylinder, 30-horsepower engine. 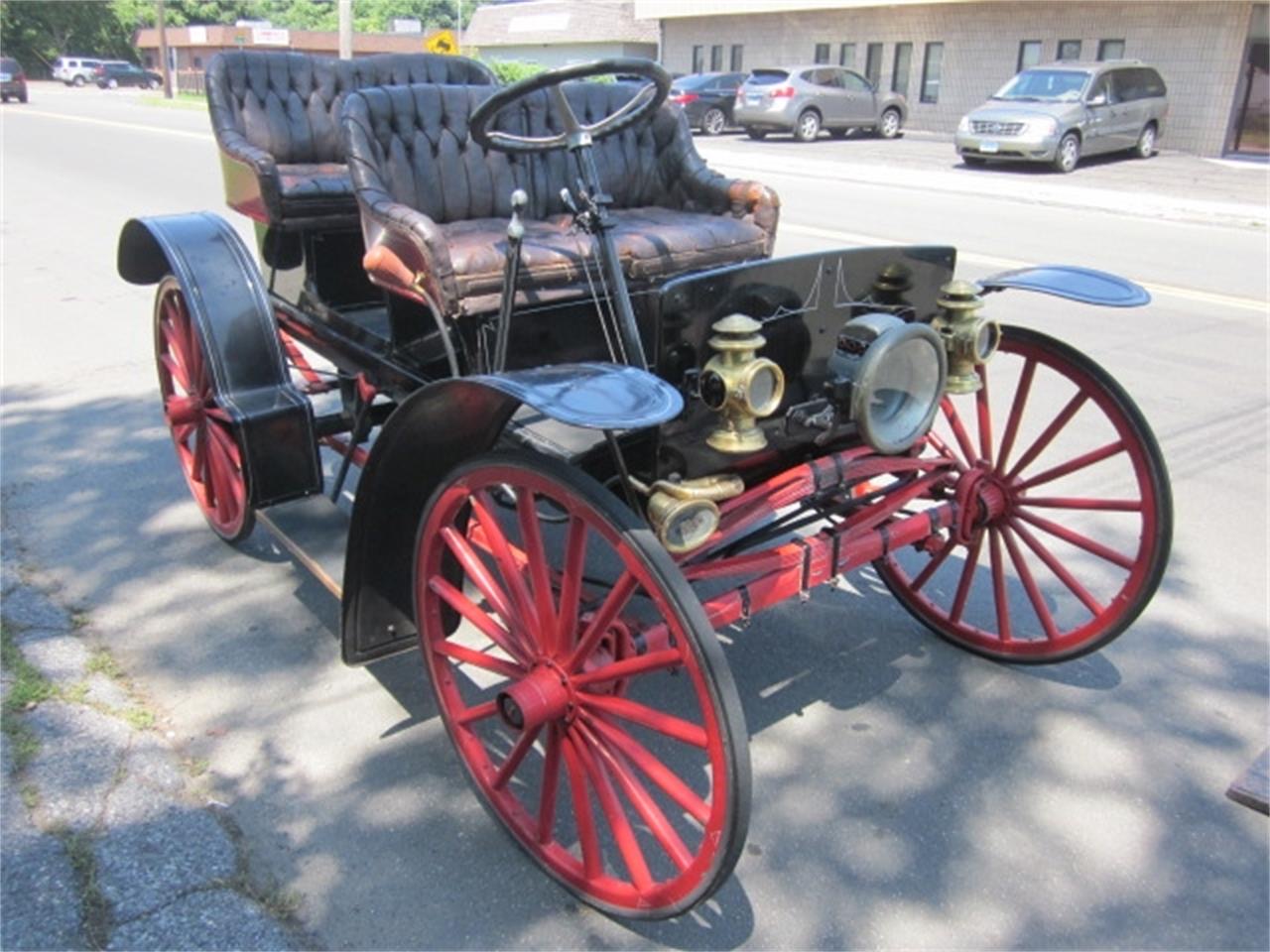 Tudhope did return to the marketplace with its own vehicle in 1912 and introduced Canada’s first homebuilt 6-cylinder engine. But the car was expensive — too expensive as it turned out — and the company declared bankruptcy in 1913.

Tudhope’s carriage business continued, however, and as noted in the Beaulieu Encyclopedia of the Automobile, later prospered making wooden car and truck bodies.

The 1908 Tudhope offered here “runs, drives, and (is) a perfect conversation piece,” the dealer notes.

Pricing for the car was not included in the advertisement, but to view this listing on ClassicCars.com and for information about contacting the dealership, see Pick of the Day.