A 1956 Ferrari 290 MM driven in competition by Juan Manuel Fangio, Phil Hill and Stirling Moss will be the headline vehicle for the 40-car docket offered by RM Sotheby’s at its Los Angeles Auction, scheduled for December 8 at the Petersen Automotive Museum, the auction house announced.

“Campaigned by Scuderia Ferrari for the 1956 and 1957 seasons, the fully matching-numbers, Ferrari Classiche-certified racer was piloted by an amazing assortment of factory team drivers including Juan Manuel Fangio, Phil Hill, Peter Collins, Wolfgang von Trips, Olivier Gendebien, Eugenio Castellotti and later, Sir Stirling Moss, in some of the most prestigious race events in the world,” RM Sotheby’s said in announcing the consignment.

“The consignment of this car follows RM Sotheby’s world record for the most valuable car ever sold at auction, set when a 1962 Ferrari 250 GTO sold for $48.4 million in Monterey earlier this year.”

The auction house notes that the 290 MM was launched for the 1956 World Sports Car Championship series and the Mille Miglia, and thus the car’s MM initials. Ferrari created the car to regain its former dominance in sports car racing against Mercedes-Benz and Maserati.

“For Enzo Ferrari, this was just as important as his efforts to win the Formula One World Championship,” RM Sotheby’s added. 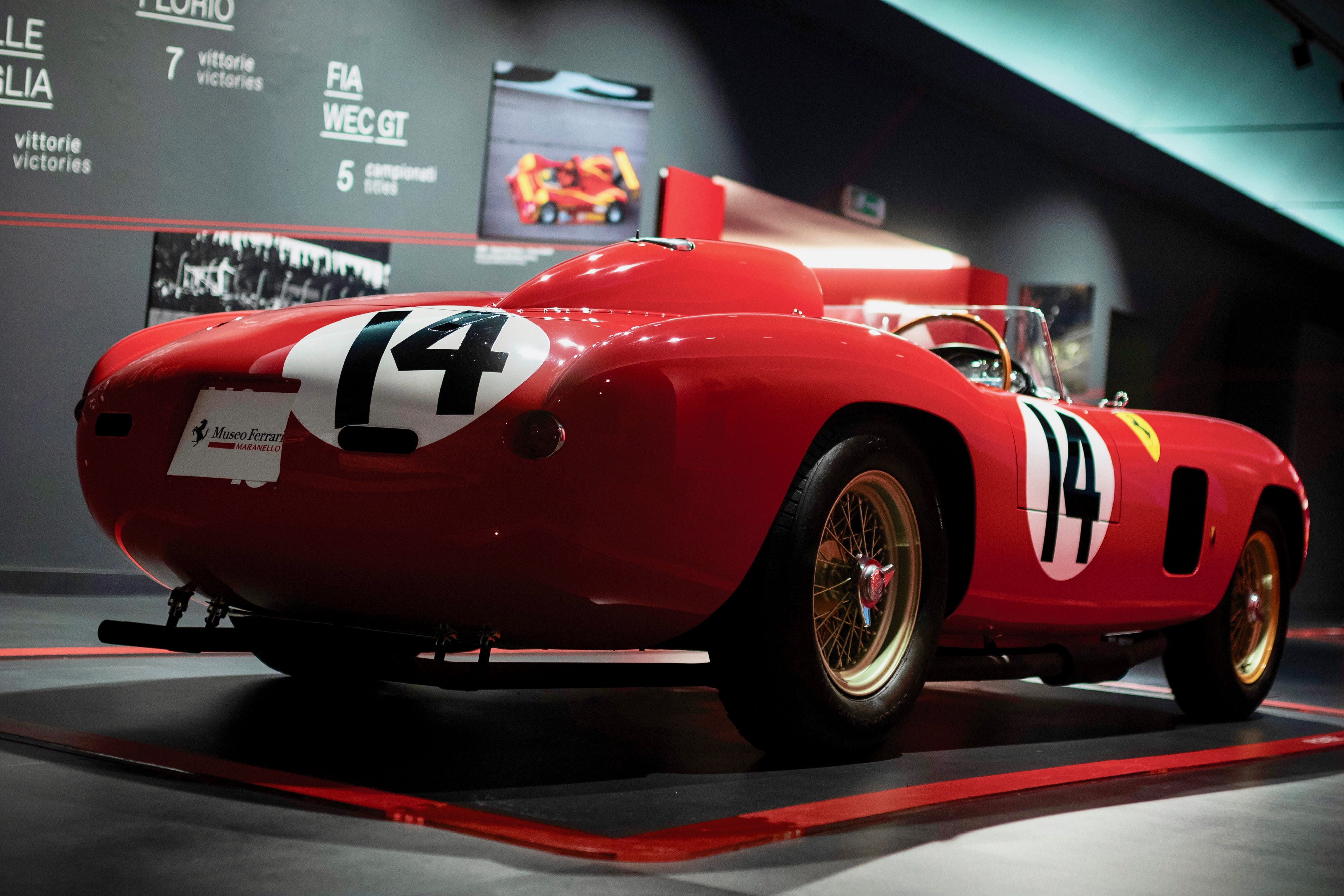 The car going to auction is chassis No. 0628 and was the fourth and final 290 MM built.

“Equipped with an all-new powertrain, composed of the Tipo 130 V-12, 3,490 cc engine, with highly developed cylinder heads, high-lift camshaft, bigger valves, twin spark plugs, 9:1 compression ratio and dry sump, coupled with the Tipo 520 transaxle, the 290 MM was the car to bring the manufacturer title back to Maranello for the third time.

“Bodied by Scaglietti, the 290 MM is a truly impressive, brutal, and beautiful machine, and is estimated to achieve $22 million to $26 million in Los Angeles this December.”

No. 0628 made its debut in the 1956 Mille Miglia in 860 Monza specification and finished second overall driven by Peter Collins and Louis Klemantaski. That same year, Olivier Gendebien and Hans Hermann drove the car to fourth place in the Targa Florio and Umberto Maglioli took it to a second-place finish in the Aosta-Gran San Bernardo hillclimb.

Fangio raced the car in the 1956 Swedish Grand Prix. It was upgraded to 290 MM specification for 1957, when Alfonso de Portago, Wolfgang von Trips and Eugenio Castellotti drove it to third place in the 1000-kilometer race at Buenos Aires and Phil Hill and von Trips drove it in the 12 Hours of Sebring.

The car was sold to private ownership and Moss drove it in the 1957 Bahamas Speed Week events, winning both the Memorial Race and the Nassau Trophy Race. 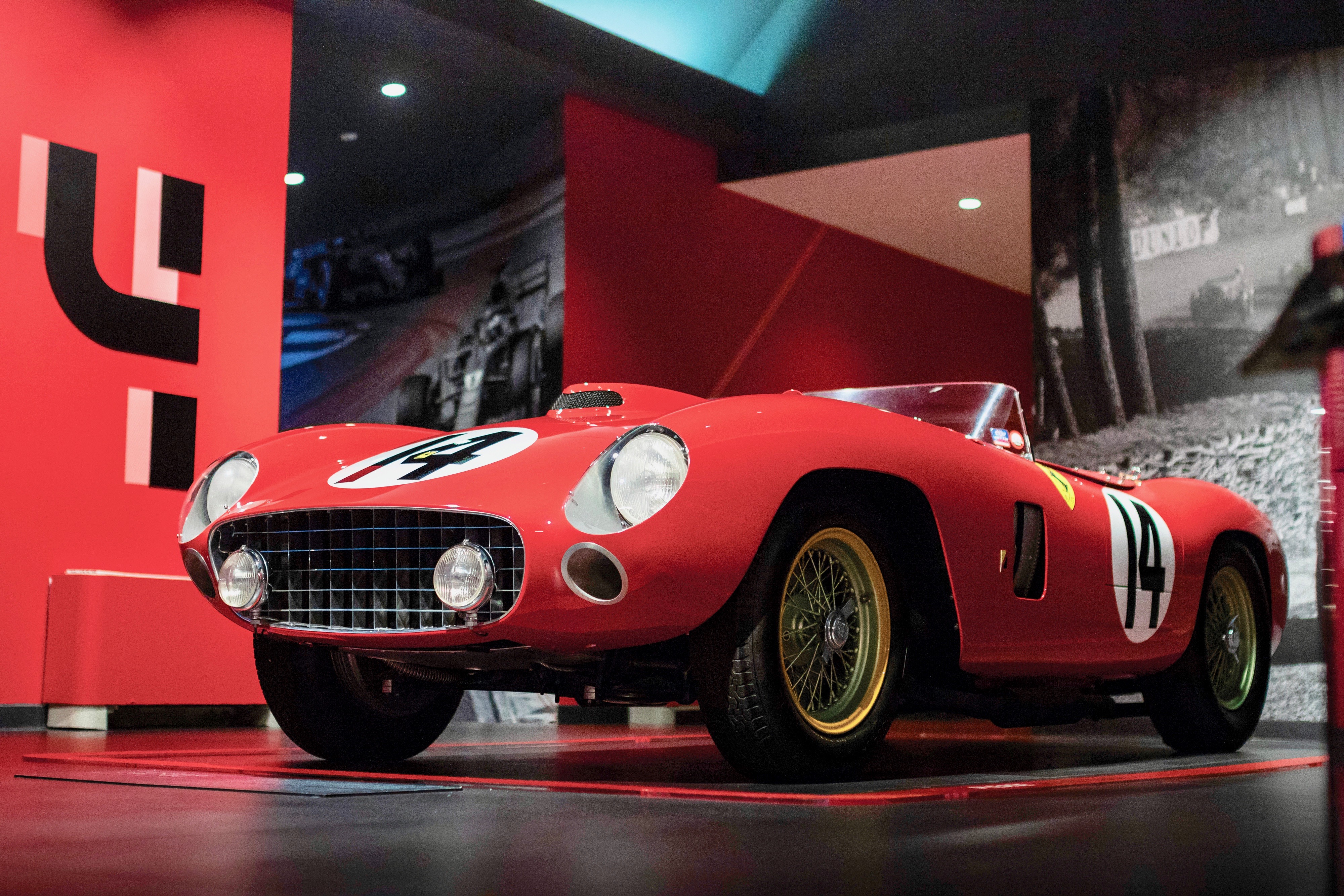 The car won several American races through the 1961 season, then went through a series of private collections. In 2008, it was sold to a British collector and driven in the Tribute to Juan Manuel Fangio Parade at the 2011 Goodwood Revival before being sold to its most recent owner, who sent the car to Italy for a concours-quality restoration by Ferrari Classiche, which returned the car to its 1957 Sebring configuration.

“We are delighted to bring this highly significant Ferrari 290 MM to our Los Angeles auction,” Augustin Sabatié-Garat, RM Sotheby’s European auction manager, is quoted in the news release. “The 290 MM is certainly one of the most important Ferraris to grace the halls of the renowned Petersen Automotive Museum and will be right at home in an auction set to present some of the most notable moments in motoring history across numerous categories.

“The car represents the golden age of the sports two-seater, having taken part in some of the most famous races ever held. Moreover, the sheer number of legendary drivers who have been at the helm of this car make it truly remarkable.”