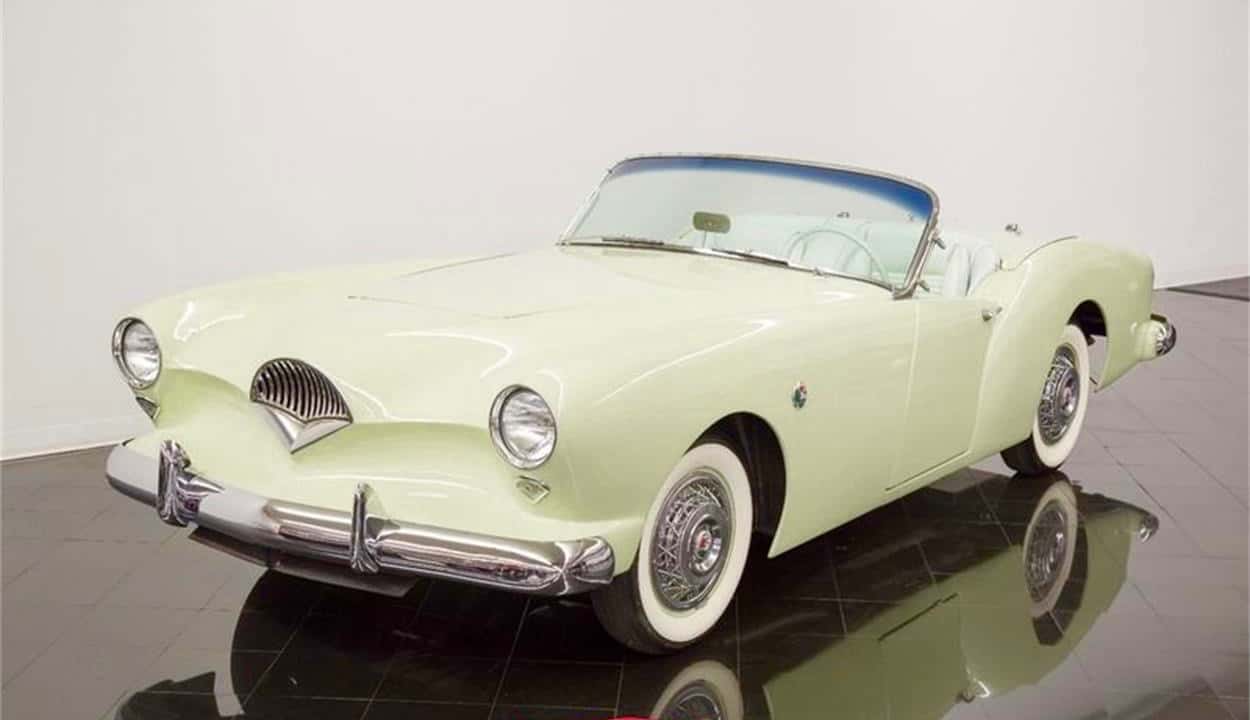 I have a soft spot in my heart for the Kaiser Darrin, and not just because they were America’s sports car with a fiberglass body. Kaiser unveiled the Darrin 161 in September 1952, a couple of months before Chevrolet first displayed its Corvette, though the Corvette beat the Darrin into production by a few weeks the following summer.

It was the production site for the Darrin that makes me so fond of them. The two-seaters with their unique sliding doors (they hide inside the front fenders) were built in a Kaiser warehouse in Jackson, Michigan, a city where I worked for the daily newspaper for nine years, and where I lived for more than a couple of decades.

Not that many Darrins were built. Kaiser was struggling and the Darrin was a one-year wonder with only 435 made.

One of them is the Pick of the Day, a 1954 Kaiser Darrin being offered for sale by a specialist dealership/car museum in St. Louis.

“Only two documented owners from new, with the last maintaining possession since 1957,” the museum/dealership notes in the car’s advertisement on ClassicCars.com, adding that the car is a “61,000-mile gem.”

Acccording to the ad, the car was the 105th of the 435 produced. It was sold new by Lettiers Garage, a Kaiser/Willys dealership in Hazleton, Pennsylvania. After driving 7,000 miles, the original owner sold the car four years later to another local resident.

“The Dixon family enjoyed using this Kaiser Darrin regularly through approximately 1967, before it would get parked in the garage,” the advertisement says.

“It would be in 1984, when the owner’s son, John Dixon, would convince his dad to bring their special Darrin to their Fort Lauderdale residence to restore and enjoy once again.”

According to the ad, John Dixon flew to Pennsylvania, did “only minor maintenance” and drove the car to Florida, where it was driven sparingly until his father’s death. The car was returned to Pennsylvania in 2003, and underwent a cosmetic restoration that included factory-correct Pint Tint Green and renewed Pine Tint Pincrush vinyl interior, the interior material sourced from the Kaiser-Fraser Club. The convertible top also was replaced.

The car went back to Florida for a mechanical freshening in 2005 with 57,000 miles on its odometer.

The Darrin takes its name from Howard “Dutch” Darrin, who did the design despite Henry J. Kaiser’s disdain for the proposal. The story goes that it was Kaiser’s new and younger wife who liked the car so much she convinced him to approve it for production.

Like most of the Kaiser Darrins, the car being offered is powered by a Continental 161cid Hurricane F-head inline 6-cylinder engine linked to a 3-speed manual transmission.