The ‘Ring has a drift king: Mustang masters famed track

Vaughn Gittin Jr. has claimed another title — Drift King of the ‘Ring — after drifting the entire 12.9-mile Nordschleife at Germany’s Nurburgring in his 900-horsepower Ford Mustang RTR.

A video of the drive was released Tuesday Gittin’s Team RTR.

“The Nordschleife is one of, if not, the most iconic track in the world and I have been in love with the danger and folklore of the famous Green Hell at the Nürburgring since I can remember,” Gittin Jr. is quoted in the announcement.

“I finally went there in person in 2013 and it was then that I made a promise to myself that one day I would return to drift it in its entirety.

“Drifting the Nürburgring represents the ultimate challenge to me: it is something that many questioned whether it would be possible and whether the car and driver could do it and come out in one piece. Something inside of me had to take this on to find out.

The announcement noted: “The Nürburgring is known as being an unforgiving track that tests not only all drivers, but also all manufacturers as the test bed for their future racing and road going technology. Drifting the entire course is something that is truly on another level of showcasing the Ford Mustang’s ability as a world-class sports car.

“There are too many elements of the massive Nordschleife to show in just one video and this edit is the first of four distinct pieces that will be released. The next will be a longer form released on Monster Energy’s channels on October 2; Forza Motorsport and Pennzoil’s channels will offer additional excitement later this Fall.” 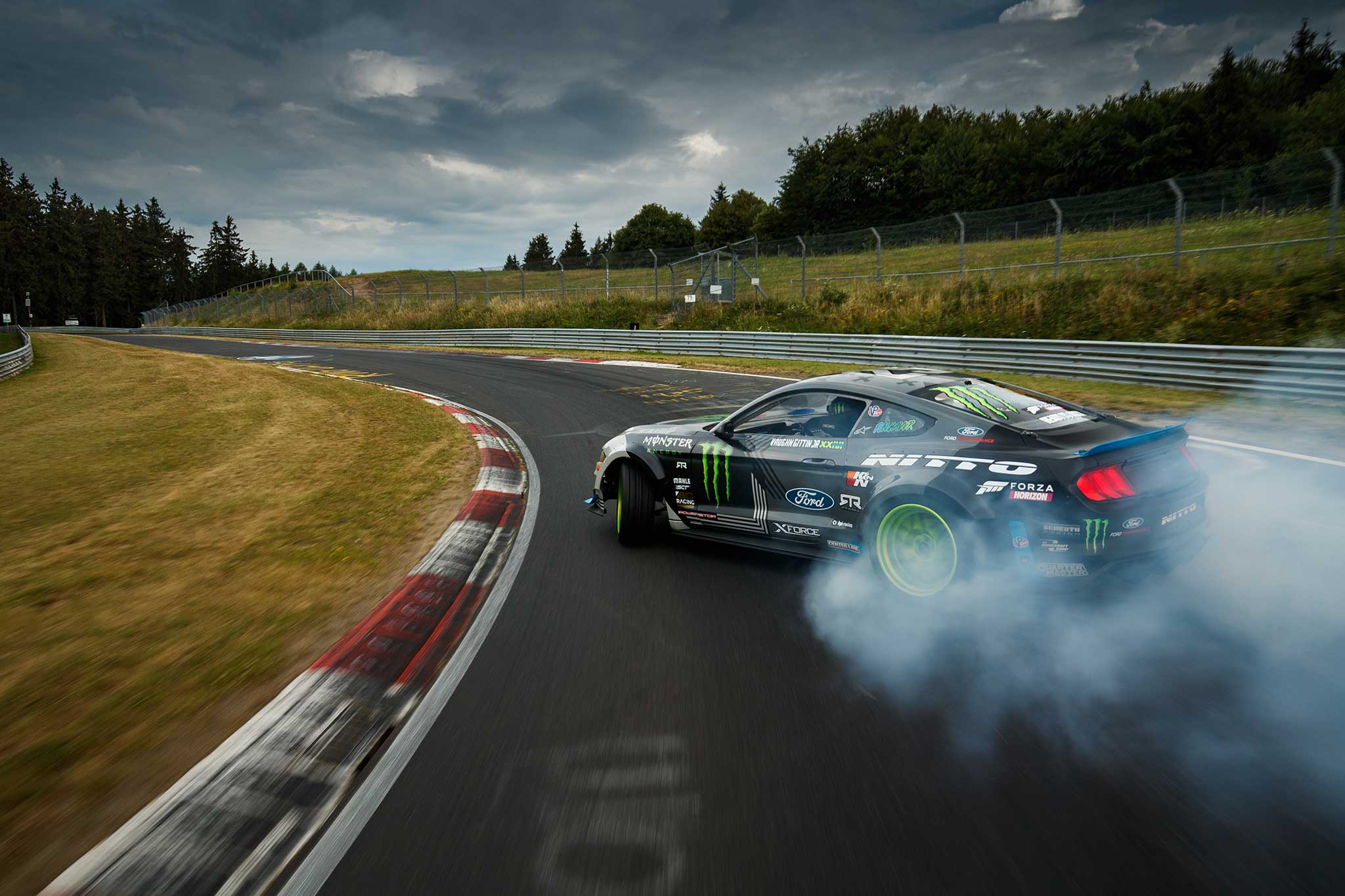 Gittin Jr. planned the effort for the fall of 2017, but the weather didn’t cooperate. Instead, he took a Ford Raptor for a “hot lap.”

“I was out of my comfort zone for the majority of the hot laps,” Gittin Jr. said of his recent drift around the track. “I did not know the Green Hell nearly as well as I thought I did. Everything changes when you’re going sideways at those speeds.

“When we stopped for the first tire change I was elated. I had to catch my breath, which is something I have never experienced behind the wheel since I was a rookie in Formula Drift.”

Anniversary-Edition Volkswagen Kills It at Nürburgring