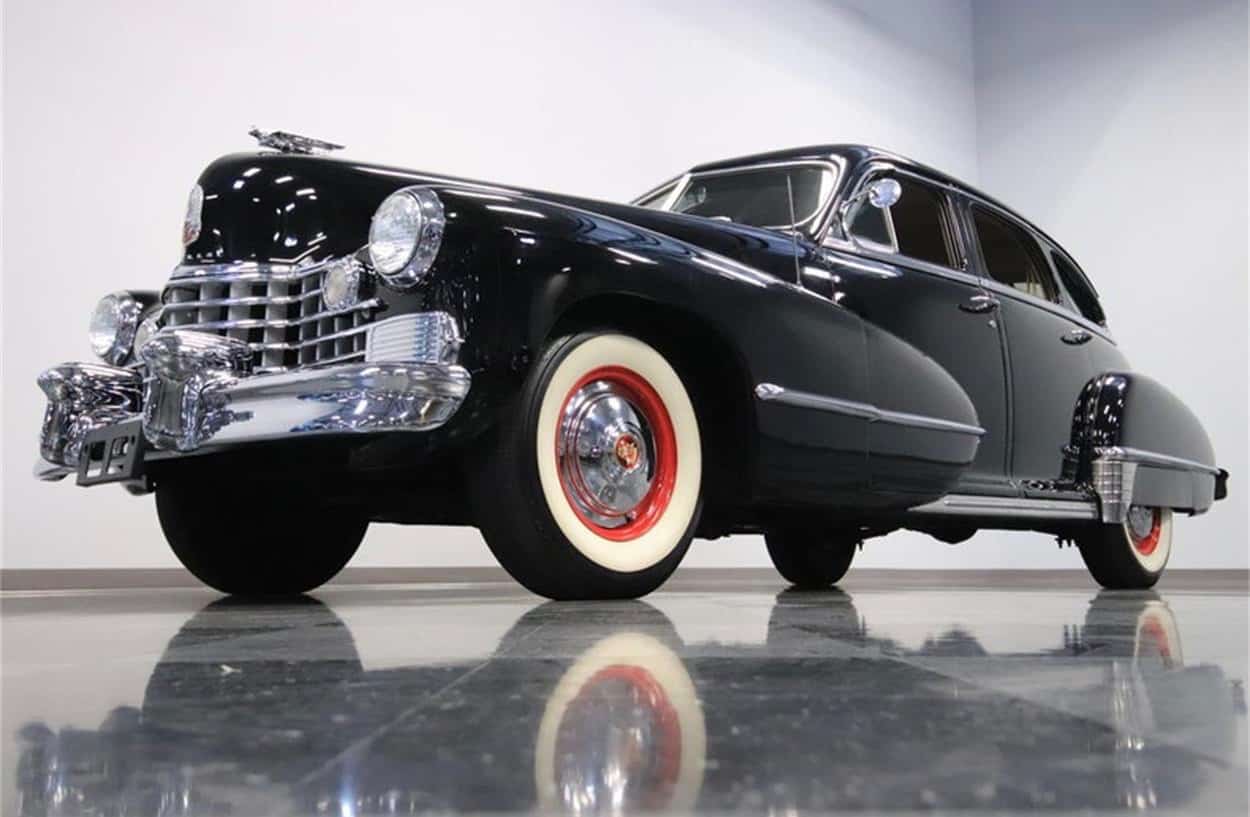 One of the things that makes a vehicle collectible is rarity, and when it comes to rarity, American cars produced during the 1942 model year are rare indeed. The reason: America went to war late in 1941 and Detroit turned its manufacturing might to the military’s needs.

“The Series 63 will always hold an interesting place for Caddy fans,” according to the car’s advertisement, placed on ClassicCars.com by a collector-car dealership located in Mesa, Arizona.

“It was likely born out of the ashes of LaSalle,” the dealership says of the Series 63, adding that “with USA’s involvement in WWII, 1942 was a very limited model year.”

However, it continues, “More than just history, you love this because it’s a true classic Cadillac. The massive grille makes a bold statement as it follows the contours created by the tall hood and long fenders. The wraparound bumpers shine to a level that it makes sure this sedan leaves a lasting impression. And the details are even right, too, like the factory wheel covers and the taillight housings that hint at the tailfin era that was coming after the war.

“With all of this presenting so complete and bright, this Cadillac has never lost its regal image. The final piece to this attractive package is the glossy black. This is the result of an older respray, so some might get the impression you have an amazing survivor — and we won’t tell your secret.”

The ad continues: “Luxury in a ’40s car was all about going broad — broad doors, broad space, and broadcloth.

“The interior looks and feels like it was updated during the car’s lifetime, but the button-top pattern on the seats and doors are quite correct for a luxury machine of the day. The sleek dash is an Art Deco masterpiece with a very symmetrical look and auxiliary readouts cleverly hidden in a narrow band in front of the driver. The AM radio is still on display, and the heater works properly for those times you want to be first to the car show. It’s an overall authentic feeling that you’ll enjoy right down to the steering wheel with classic Cadillac horn cap.”

The car, black on the outside, tan cloth inside and on red-painted wheels, is for sale for $39,995.