If you were too late to get tickets or simply didn’t want to become engulfed in the crowd at the Goodwood Revival this past weekend, Hagerty International provided an alternative event.

Staged “with the full backing of Goodwood Revival team,” was the Hagerty Renaissance Meeting — An Alternative Revival. Staged as a “support act” for the Goodwood Revival, the Hagerty event was held on the grounds of Bicester Heritage. The event drew more than 250 pre-1978 vehicles and almost 1,000 people who, just as at Goodwood, were encouraged to dress in period clothing.

The event also featured a large screen showing the on-track activities at Goodwood, and also offered vintage hairdressers, operations by the Home Guard and a vintage aircraft displays.

Like Goodwood, the event raised money for the Royal Air Force Benevolent Fund.

“We had a really terrific day, and everyone made such an effort to get into the spirit of the event with their vehicles, picnics and clothes. It was just like being at the event itself,” Angus Forsyth, managing director of Hagerty International, was quoted in the company’s news release. 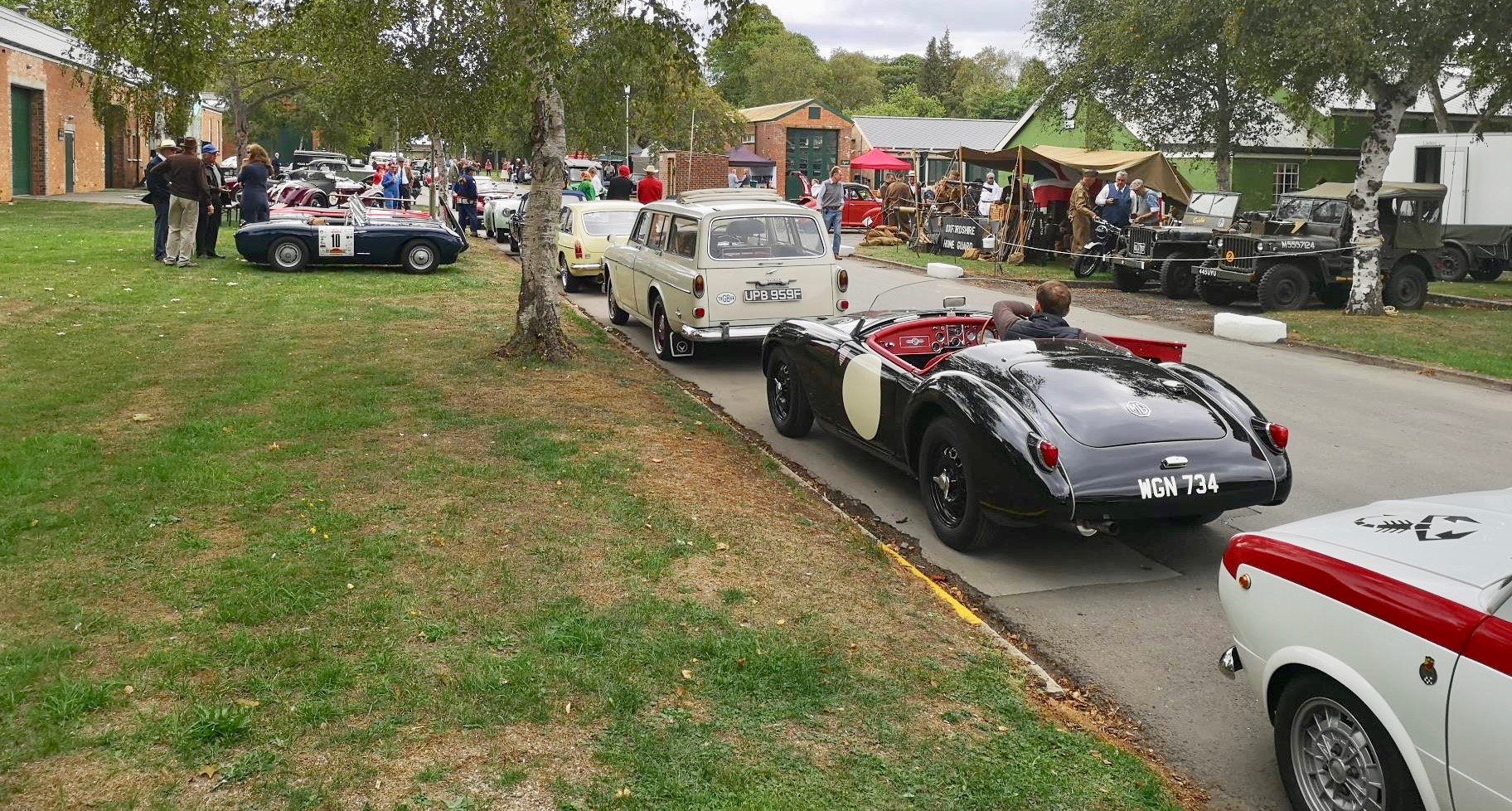 “The Goodwood Revival still sets the benchmark for the classic car world,” added Dan Geoghegan, managing director of Bicester Heritage, “and we were delighted that Bicester Heritage could play a part in sharing its magic.”

Among the participants was Pan Trudy, who had been at the Revival for the past 17 years but couldn’t go this year because of health issues.

“The atmosphere was great,” Trudy said. “Please, please do it again next year.”

As the best-dressed couple at the Hagerty event, Gary and Linda Davis won tickets to attend the Goodwood event in 2019.