Make yourself right at home with this 1976 GMC Jimmy 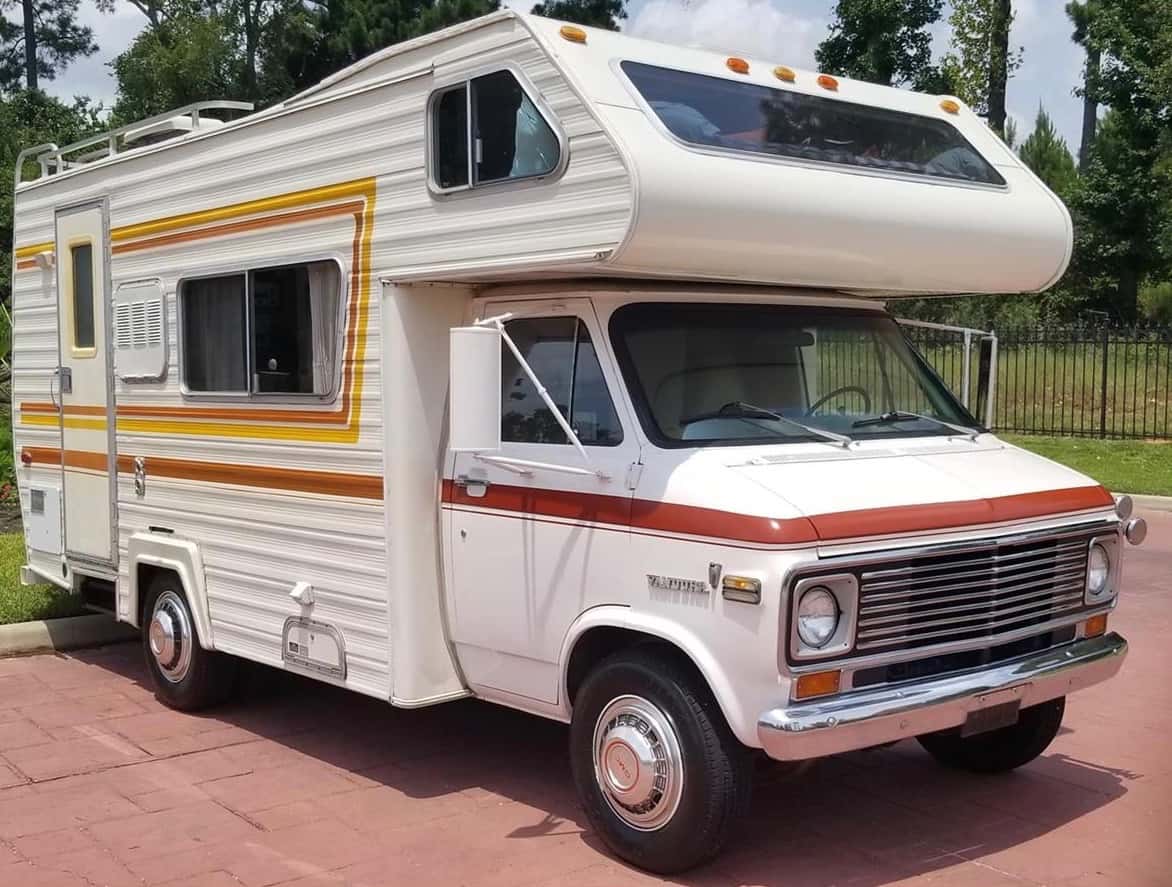 Want to get far from the madding crowd? Or maybe just for football tailgating in style? The Pick of the Day may be just the vehicle for you. It’s a 1976 GMC Jimmy pickup truck, but instead of the usual open bed, it carries a real bed, or two, because it’s also a mini recreation vehicle.

According to the advertisement for the Jimmy on ClassicCars.com, this mini RV was kept by its original owner for 38 years, until it was traded to the second owner in exchange for a house-painting deal.

“Due to the 2nd owner’s circumstances, he lived in this vehicle periodically between 2014 and 2018,” the dealership selling the truck reports in its advertisement.

“It was parked close by while he remodeled his home and therefore everything was kept in tip-top shape for whenever the need arose to use it.”

That second owner installed a new water heater, water pump, belts, propane valve and a starter, among other things, the ad notes, adding that the roof was treated with a coat of Kilz, the sides were re-skinned, and seven new tires were installed (including a spare).

“We purchased the GMC in early 2018 with just under 44k original miles and drove it 1,100 miles to Texas without issue,” the dealership notes.

“Once back in Texas, the RV had all the front sheet metal repainted. The interior was then extensively remodeled to bring it up to modern standards. The interior was painted floor to ceiling, new floors were installed, all upholstery was redone with new cushions and fabric, a custom sink was installed in the middle of a newly tiled bath, the kitchen counter was custom made from a butcher block table, new carpet was laid, and the engine cover was given a fresh coat of paint.

“This beautiful GMC Jimmy Mini retains all the classic looks it had in 1976 paired with all the drive-ability and interior decor of a brand-new RV.”

The ad adds that all three owners kept all manuals and records and that the V8-powered vehicle is turn-key with only 45,000 miles on its odometer.