If you were at Concorso Italiano in August, even with all of the brightly colored Ferraris and Lamborghinis and such drawing attention, you had to have noticed the stunning and sculptural wire-framed car shape up on a hill next to one of the vendor tents.

You might even have recognized the shape as that of a Ferrari 250 Berlinetta passo corto (short wheelbase).

But the frame wasn’t just a piece of sculpture, although it also was showcased in museum exhibits celebrating Ferrari’s 70th anniversary. It’s a work tool used by Bacchelli & Villa as it restores vintage Ferraris, Lamborghinis and Maseratis in its workshop in Bastiglia, just north of Modena, Italy.

Founded in 1972, the restoration company has been acquired by the Mattioli Automotive Group which has Ferrari dealerships in Beverly Hills and Thousand Oaks near Los Angeles, and in San Francisco and Silicon Valley. Mattioli’s investment includes facilities improvements at the restoration workshop in Italy.

Franco Bacchelli and Roberto Villa established their workshop to maintain and repair sports and racing cars. Their work was so good that in 1976, they were approached by Sergio Scaglietti and Gaetano Florini to become a Ferrari-certified body shop. 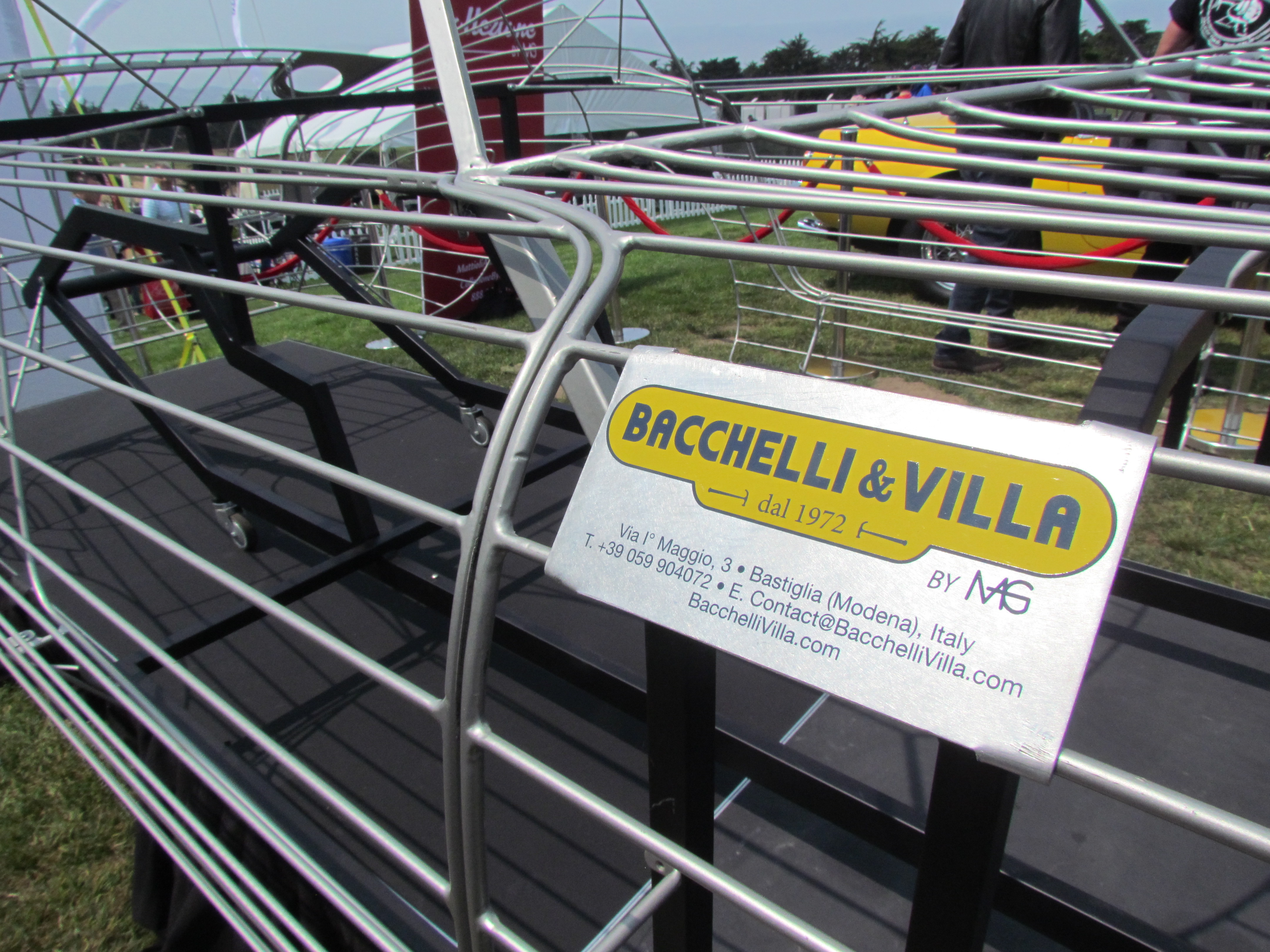 To date, using old-school techniques such as wire frames for fitment and sand bags and tree stumps for hand-forming bodywork, they have restored more than 400 to the certification standards of Ferrari Classiche.

They have restored one-fourth of all the Ferrari 250 LM models produced and more than 50 275 GTB/4s, including the one owned by Steve McQueen,

Sitting near company co-founder Franco Bacchelli, Bacchelli & Villa director Marco Arrighi explained that the company believes that cars should be restored using the same skills and period technology that produced them in the first place.

That includes using tree stumps and sand bags as panels are shaped, and using wire frames to assure proper fitment.

Really, they still pound metal shapes using old tree stumps as a base?

“Absolutely,” Arrighi responded, adding, however, that the shop also gets “help” from more modern technology.

“You can scan cars (with computers) and make molds,” he said, “but by hand with wire (frame)” is how Bacchelli & Villa prefer to work.

“In a proper way as it (the car) was produced,” he said, adding that with “every vehicle you gain more experience and skill for the next one.”

Those skills are taught within the shop.

“The young are trained by the old,” he said. “This creates skills for the future.”

He said there is no shortage of potential craftsmen, that there is still a passion for cars among the young and that through such work “they can create something and see the results, can touch it,” rather than merely seeing something on a computer screen.

Arrighi spent 39 years at Ferrari, a dozen of them with Ferrari Classiche, before joining Bacchelli & Villa in 2017. 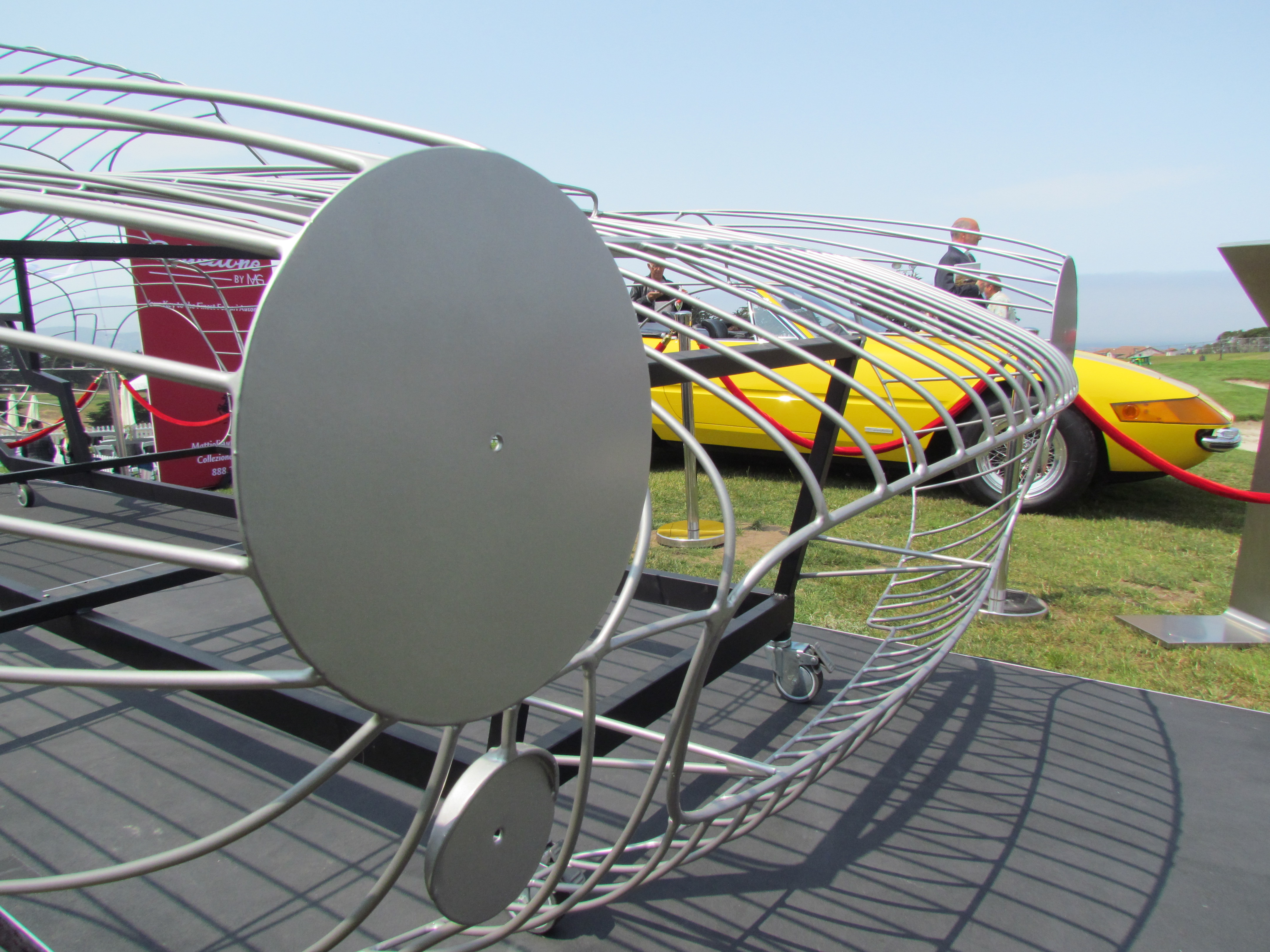 He said Franco Bacchelli had several offers when he decided it was time to sell the company, and turned down more money than Giacomo Mattioli offered because he wanted to keep the business in Bastiglia, and wanted the new owners not only to invest in improving the facilities but also would retain the company’s 24 employees.

Asked if, as it typical with restorations, that the final cost is three times the preliminary estimate, he said company policy is to make a “raw” estimate when work is consigned, and then to provide a firm price when the vehicle is stripped and examined. That price, he said, does not change. 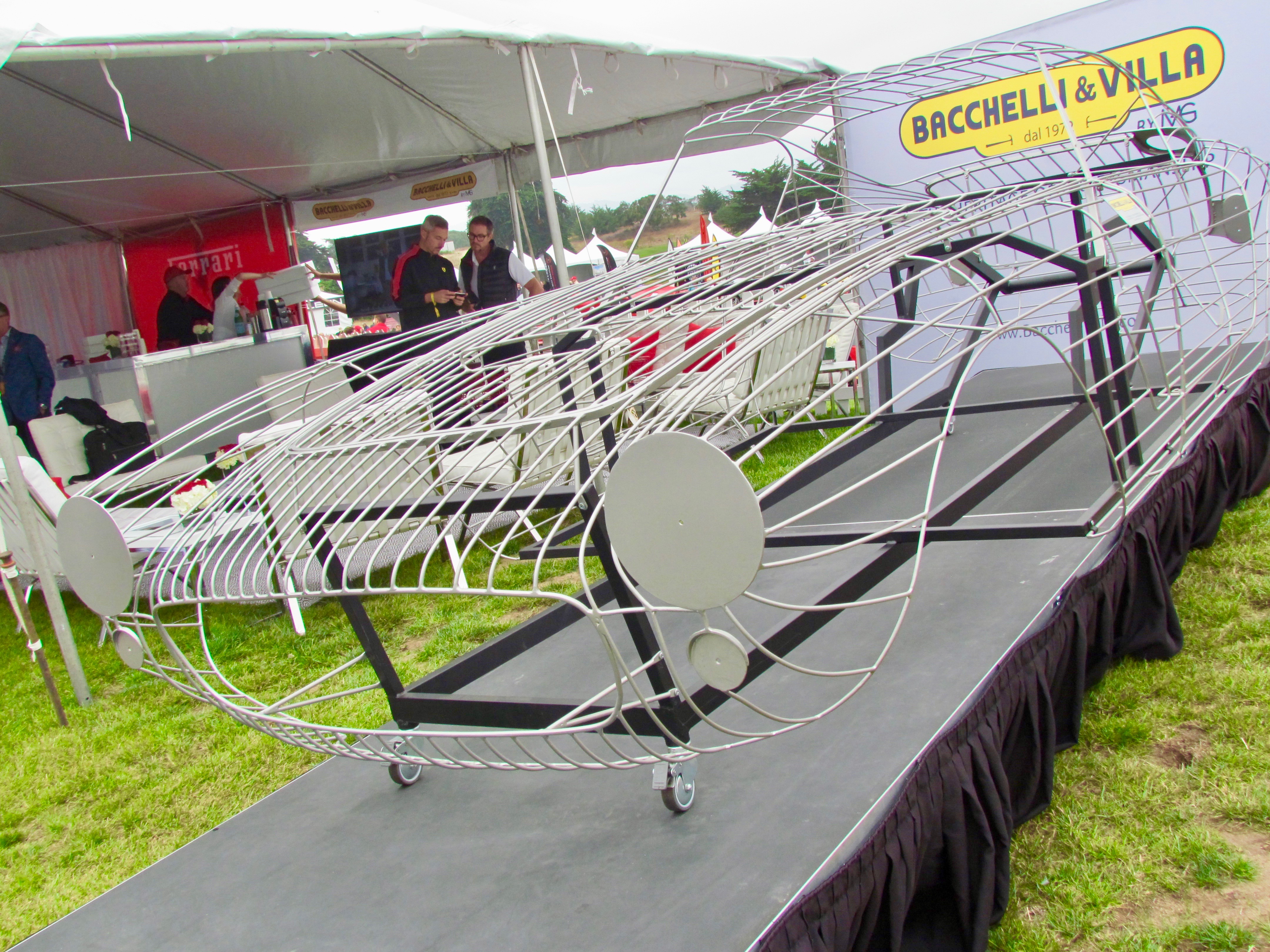