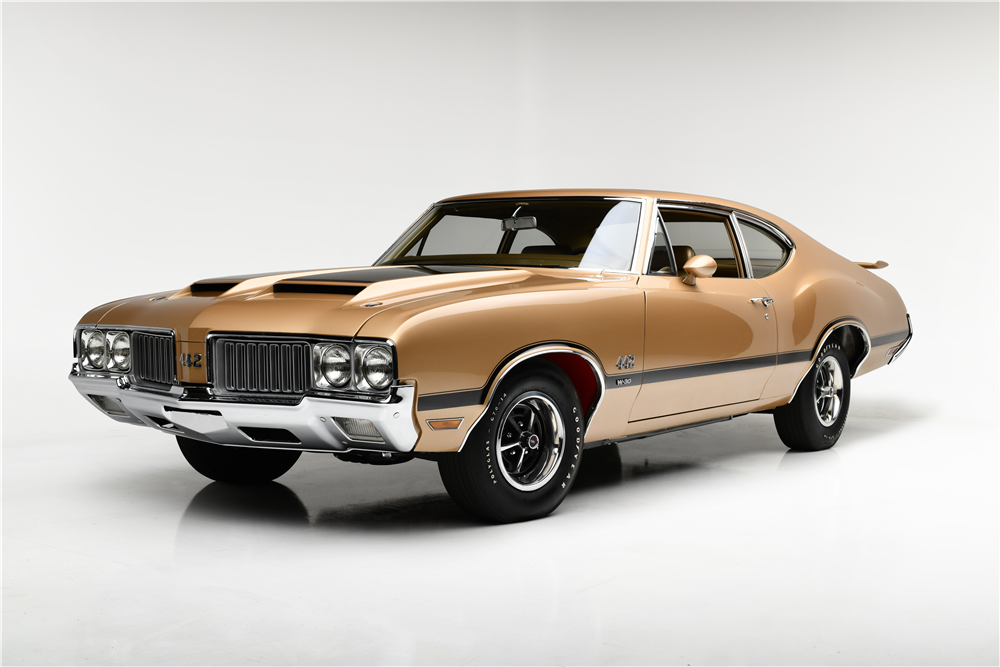 Lot #729 at Barrett-Jackson’s Las Vegas auction is a 1970 Oldsmobile 442 W-30 purchased new at Bodnar Oldsmobile in Albany, New York and is one of 262 Sport Coupes made. Of those, only 142 came equipped with a 4-speed manual transmission.

Having covered just 52,470 miles from new, it retains its original, matching-numbers 455cid engine and 4-speed manual transmission, as well as all correct W-30 components. 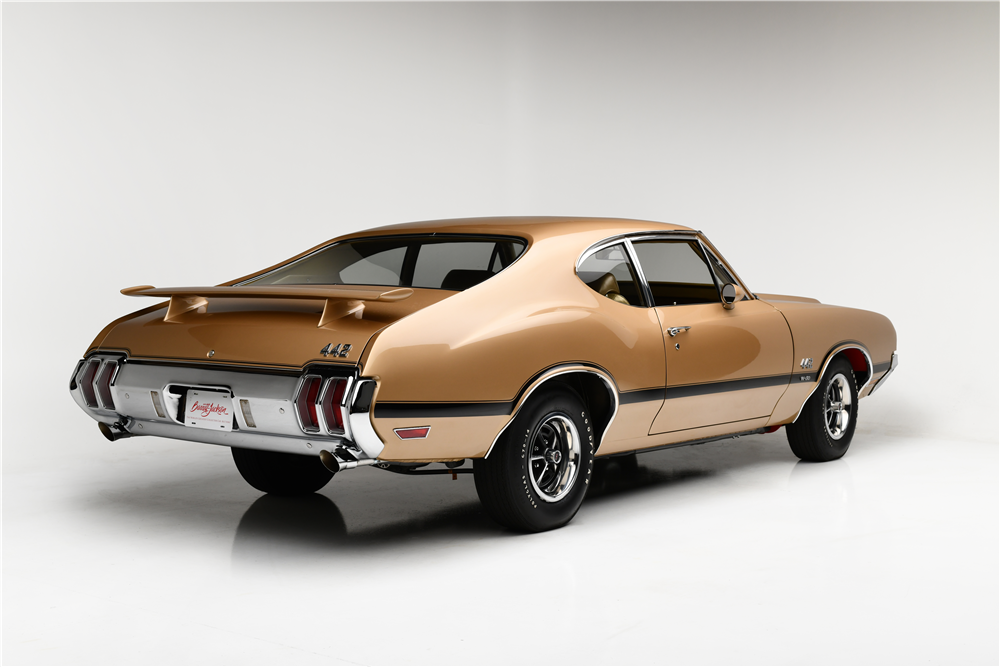 The car underwent a nut-and-bolt rotisserie restoration and wears its original shade of Copper Metallic paint with black stripes complemented by the gold interior.

The body-off restoration used as many original or NOS components as possible, to the point of leaving the small scratch on the dash that was noted on the original Bill of Sale.

The car comes with extensive documentation, including the original Protect-O-Plate, Broadcast Sheet and Bill of Sale.

Additionally, it comes with an original 1970 Connecticut title in the original purchaser’s name, as well as several previous registrations, the owner’s manual and even a thank-you card with warranty info from the selling dealer addressed to the original owner.

Also included are receipts from the restoration as well as a 4×8-foot plywood sign from the original selling dealer, Bodnar Oldsmobile.