Citroen set out to beat Porsche, but instead… 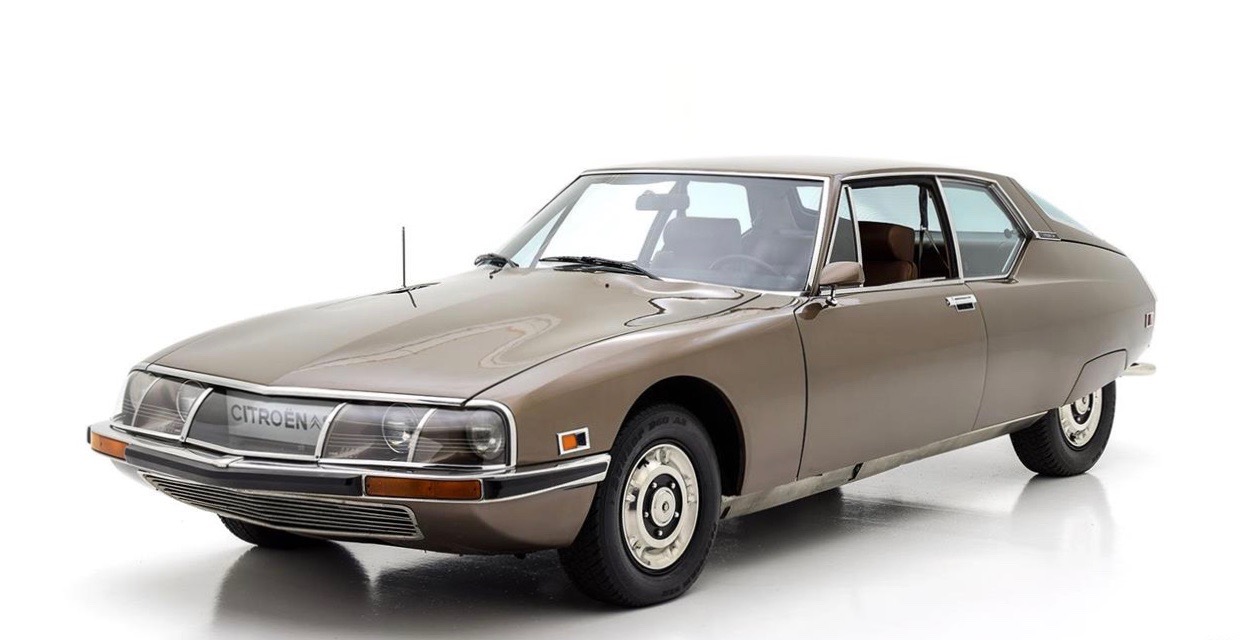 One of the special classes Sunday at the Pebble Beach Concours d’Elegance featured cars from French automaker Citroen. The Pick of the Day wasn’t on the show field in California, but it appears to be a wonderful and affordable example that you could drive while also providing some dazzle at local cars shows and regional concours events.

The 1972 Citroen SM is advertised on ClassicCars.com by a collector car specialist dealership in St. Louis and, believe it or not, the ad notes that, “Citroen’s brilliant SM was born of a desire by Citroen boss Pierre Bercot to offer a sporty DS-based car that could compete with the Porsche 911.”

Really? A luxury — and even French — sedan capable of competing with a pure-bred German sports car?

“Over the course of development, several prototypes were built using shortened DS platforms and various engines, but due to an internal rift between management and engineering who wanted to highlight the brilliant high-pressure hydraulic system, the end result became something wholly different from a 911 competitor,” the dealership explains.

“The new car was less a sports car and more a luxurious GT car comparable to a BMW CS coupe or Mercedes-Benz SL.”

Empowering this luxurious cruiser is a 2.7-liter, double-overhead-cam V6 produced by Maserati.

“Citroen had already approached Giulio Alfieri of Maserati to design an engine for the project,” the dealership notes, “and by 1968, had acquired the ailing Italian firm altogether. Maserati’s Giulio Alfieri first supplied Citroen with a 90-degree V6 that was, in essence, a Maserati V8 with two cylinders lopped off. This prototype was used to gauge reaction within Citroen, and once the green light was given, Alfieri started with a clean sheet of paper to design purpose-built V6 engine for the new project.

“When the SM debuted in 1970, it was no longer a lithe sports car, but a full-fledged grand touring car with an exotic 2.7L DOHC V6, front wheel drive, and a highly advanced chassis.”

“The advanced chassis featured fully adjustable hydro-pneumatic suspension, load sensitive four-wheel disc brakes and fully powered, self-centering steering that allowed the car to be set up with zero caster, thereby keeping the tires in full contact with the road at all times and completely eliminating bump steer.”

For the car’s futuristic design, Citroen turned to Robert Opron for Avant-Garde styling that also was sleekly aerodynamic.

“Headlamps encased in glass were hydraulically adjustable and swiveled with the front wheels on European models,” the advertisement notes.

The iterior was as advanced and stylish as the exterior.

“Passengers were cosseted in a luxurious cabin with rakish bucket seats, metallic detailing, and an instrument panel fitted with fabulous oval dials — including a speedometer that also showed braking distance.

“A technical and stylistic masterpiece, the SM is truly a car like none other.” 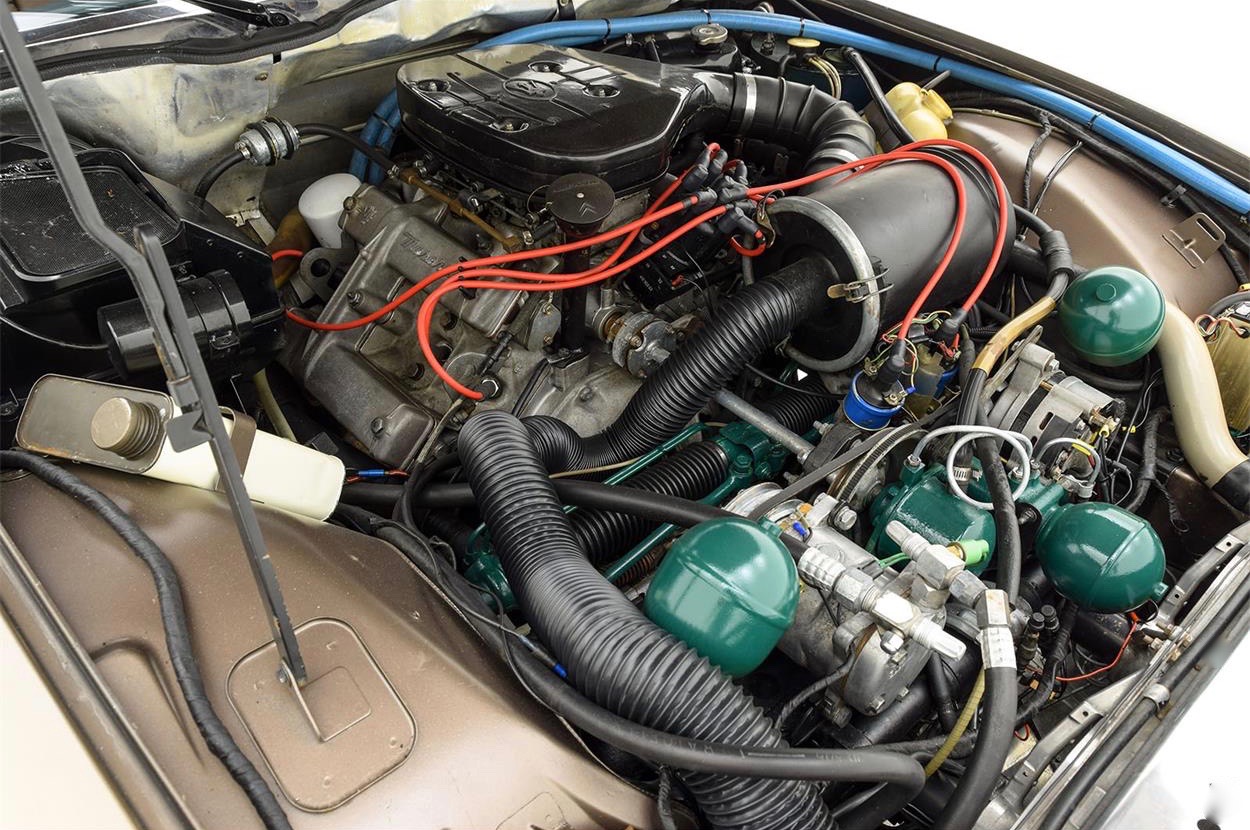 The ’72 SM being offered for sale wears Brun Scarabe over a natural brown leather interior. The dealer points out that the car had been part of large collection of French and German automobiles on the East Coast.

According to the advertisement, the interior is presented in “excellent original condition,” the engine runs” very well thanks to regular maintenance in the hands of its last owner,” and “hydraulics benefit from recent servicing, with newer rear shock absorbers and hydraulic accumulators.

“It functions as it should; providing the signature ride quality, self-leveling ability, and ride-height adjustment.

“The car performs beautifully on the road,” the dealer promises, “with Maserati’s gorgeous V6 delivering smooth and linear power with a magnificent Italian soundtrack and crisp shifting 5-speed manual transaxle.

“This 1972 SM is a very strong example of Citroen’s masterpiece.”