And as it turned out, I was able to get my small-car fix Thursday at the preview for Gooding & Company’s Pebble Beach auction.

For this series of auction previews, we ask our reporters to wander through the array of cars presented by the various auction houses and to select those — and at least half a dozen — that they’d most like to own were they of such financial means to actually afford to own and even expand on a car collection.

My personal habit is to photograph the vehicles that I find most intriguing, make any notes I might need, and then to go back through everything after I’ve downloaded those images and to share with you my favorites.

But long before any downloading and writing, I realized after photographing maybe four vehicles that three of them were downright diminutive. My first thought was, “It’s a small world after all.” But then I realized what I really meant was that good things, even things automotive, can come in small packages.

Around 120 cars will cross the Gooding & Co. auction block Friday and Saturday at what normally serve as the Pebble Beach Polo Grounds. Some of them likely will be hammered sold for 8-figure prices. But regardless of the price or size, here are the ones that most captured my fancy, and fantasy: 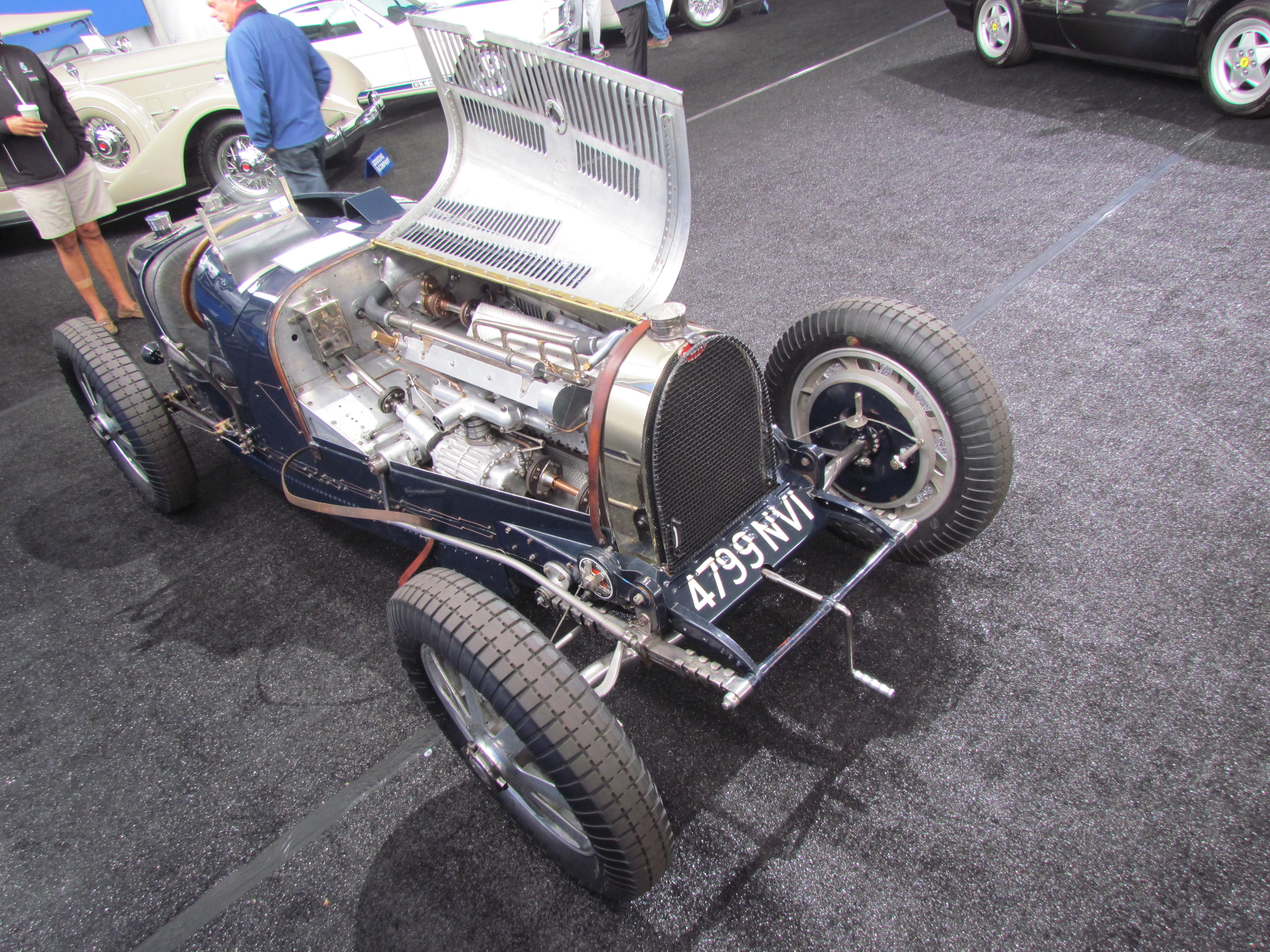 An original Bugatti works team Grand Prix car driven briefly in period — and to victory in the 1932 Algerian Grand Prix — by Jean-Pierre Wimille, who later served in the French Resistance and after the war designed and built his own Wimille-brand of vehicles, and then by Robert Brunet. This gorgeous little racer has a supercharged 2.3-liter inline 8-cylinder engine rated at 180 horsepower. 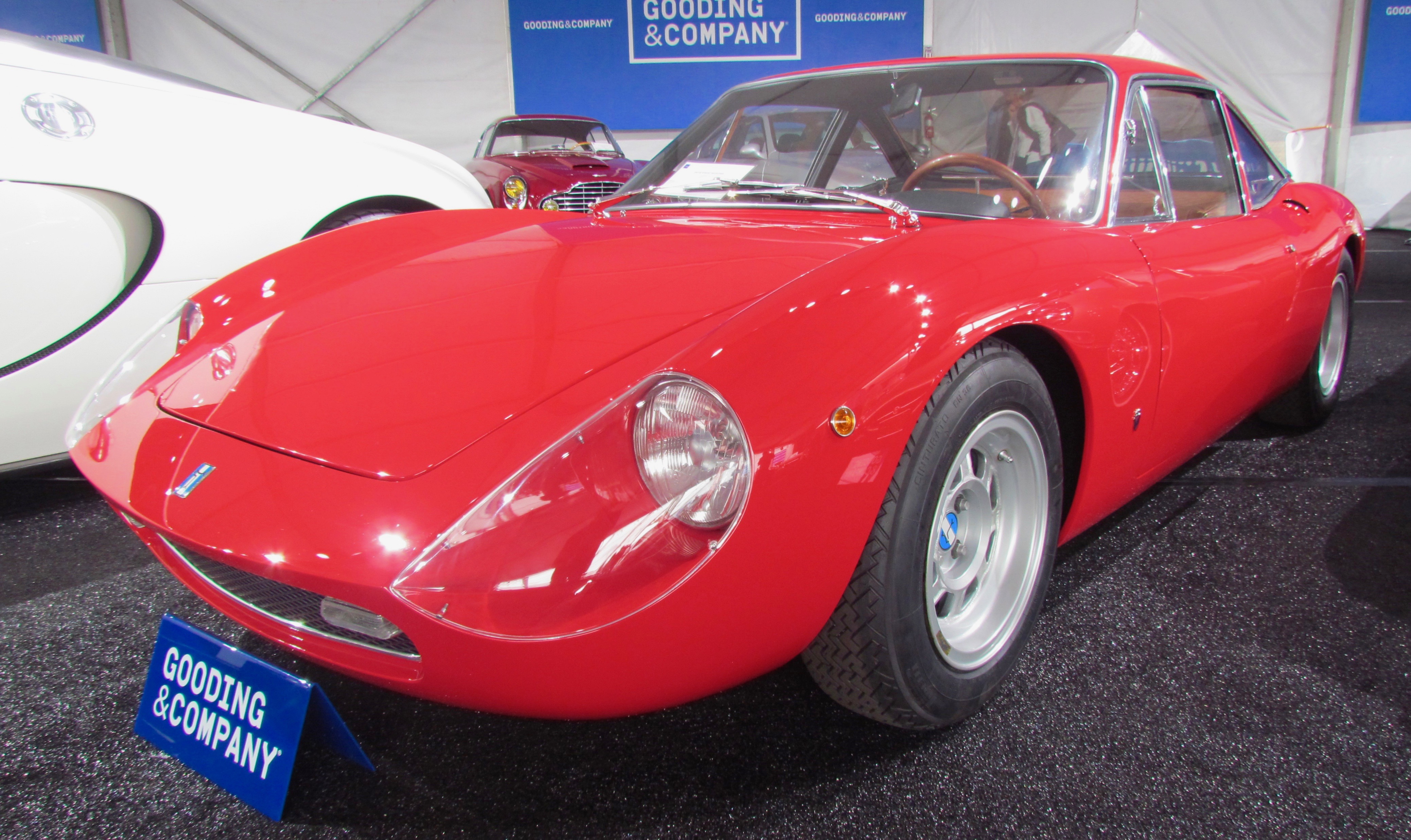 A small and low-slung sports car, the Vallelunga, only 53 were produced, carries a body designed by a young Giorgetto Giugiaro and bodied by Ghia. This one is believed to have been owned by De Tomaso factory racing driver Nasif Estefano. 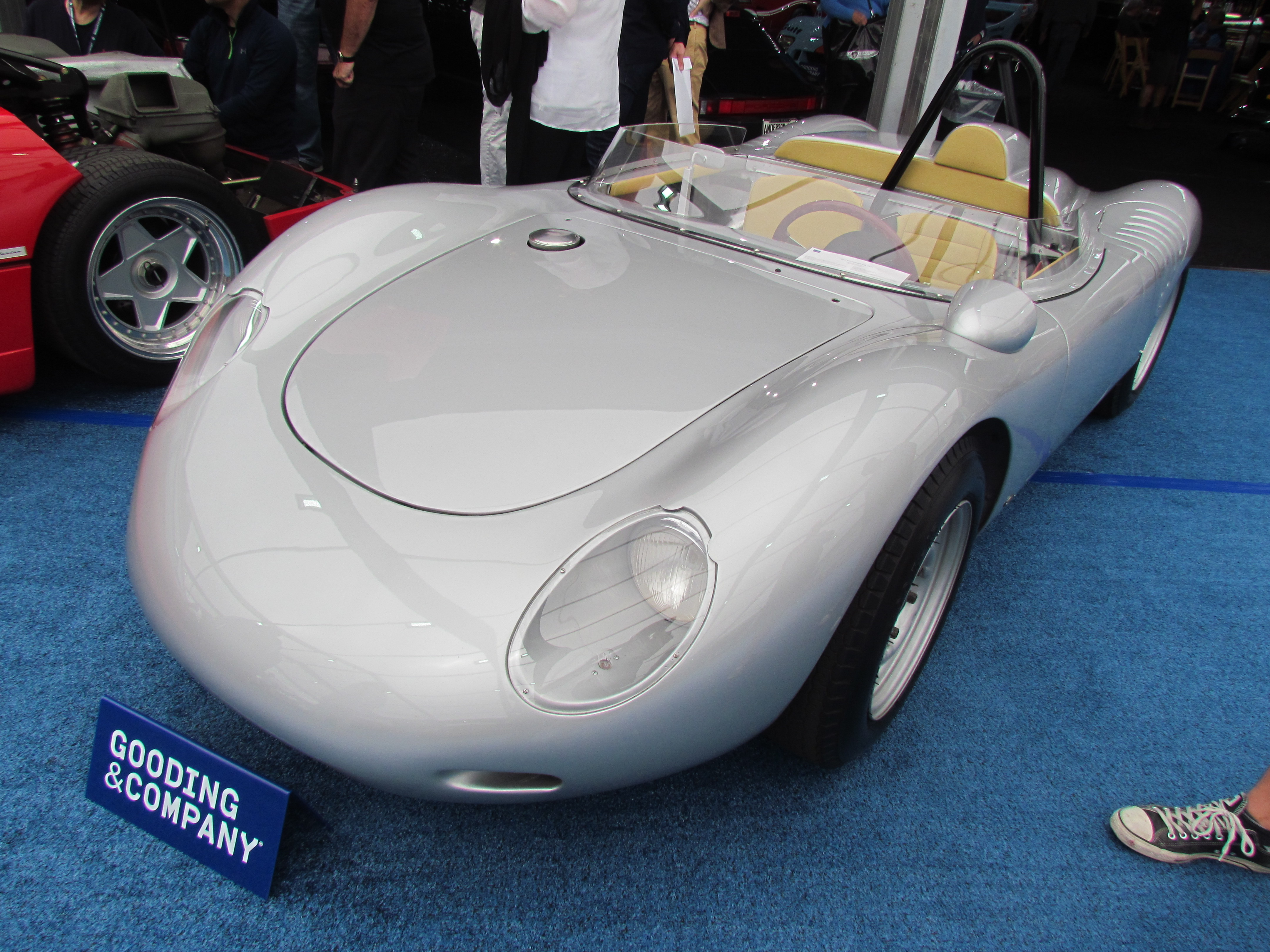 Porsche made a reputation as a giant killer with small racing cars such as this one, which is one of only 34 such Spyders produced. The first owner was successful American racer Ed Hugus, who drove it at Le Man in “Lucybell” livery. It also raced up Pikes Peak and in Sports Car Club of America events. 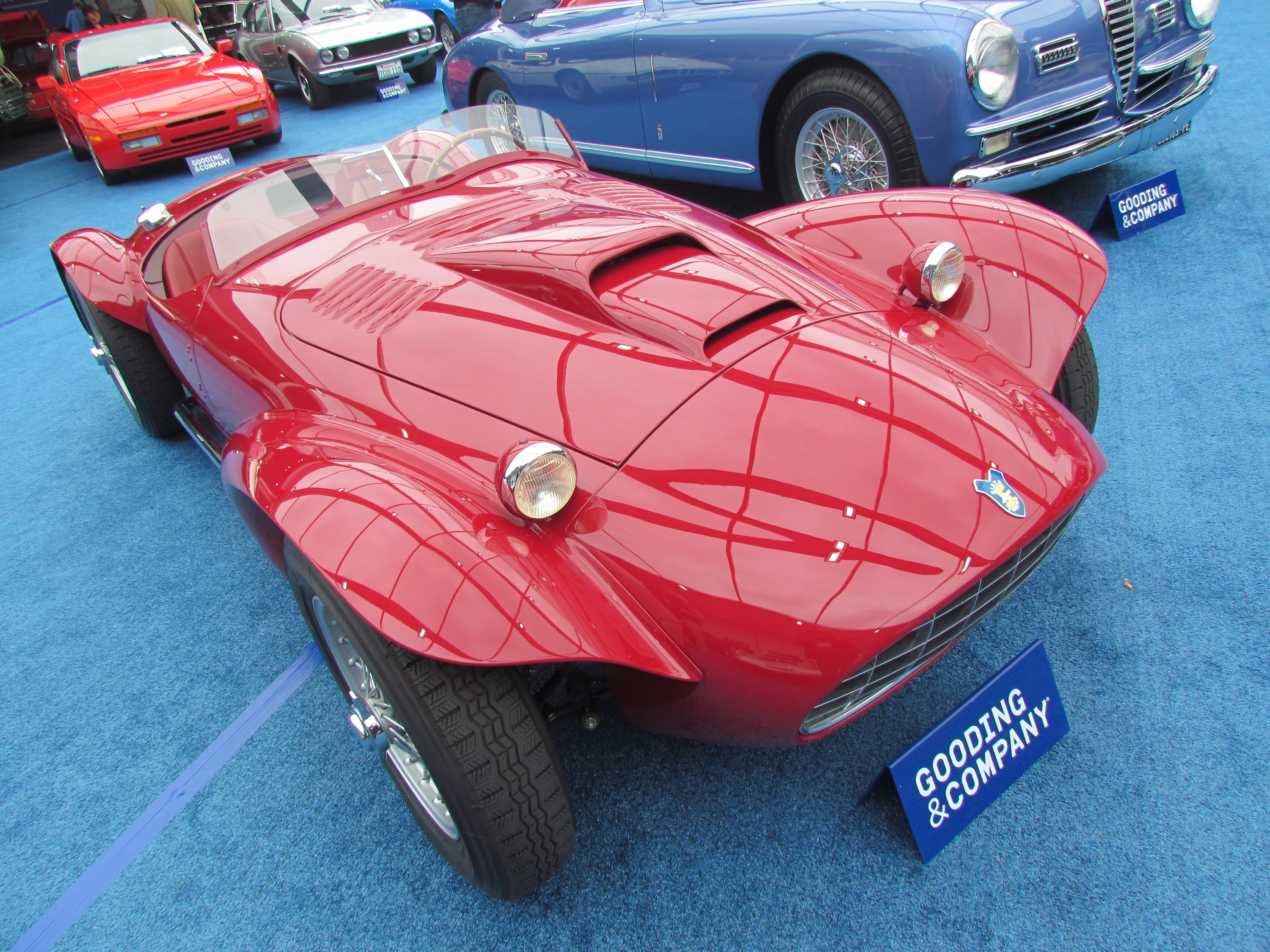 A one-off vehicle designed, built, owned and raced by Nuccio Bertone and powered by Fiat’s 2.0-liter Otto-Vu V8 engine, though Siata’s Giorgio Ambrosini built the chassis so it might be capable of carrying big Chrysler Hemi V8. The car was displayed at the New York Auto Show in 1953 and was purchased by John (Giovanni) Perona, owner of New York’s famed El Morocco nightclub, who had Bertone add rear brake lights to the car so he could drive it on public roads. After the engine failed during a race, the car was purchased by John Holman — yes, John Holman, as in Holman-Moody Racing. Holman was busy preparing Ford GT40s, several of which were destroyed in a fire at the HM workshop, but a forklift operator hauled out the Siata, albeit damaging the nose in the process. Obviously, repairs were made and in 2017 the car received a best in class award at the Pebble Beach concours. 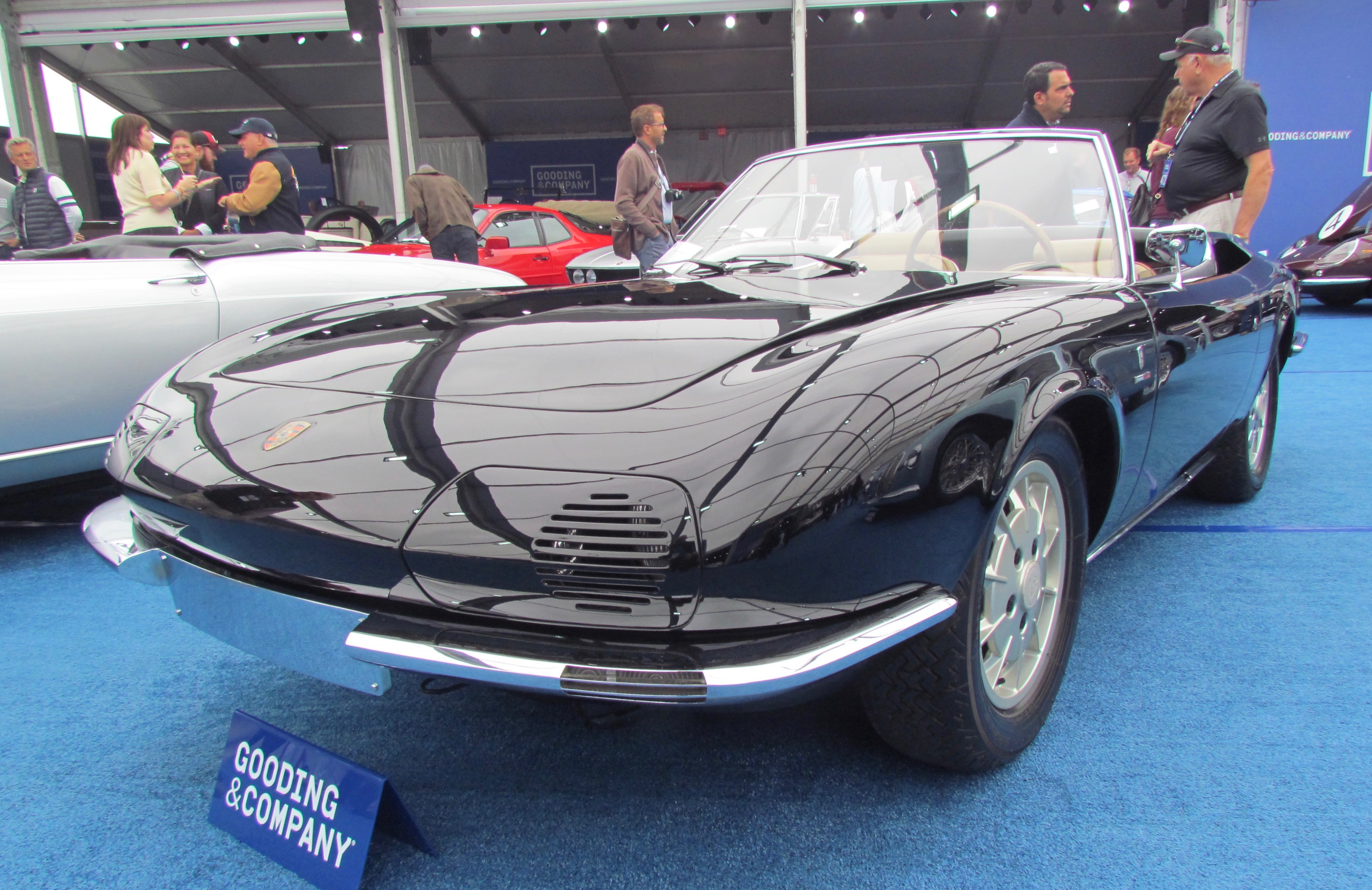 Yet another one-off car from Nuccio Bertone, though not for his own use but a special order for Porsche’s American West Coast distributor John von Neumann, who apparently was trying to convince Porsche that it should do a full convertible version of its new 911, not just the Targa-topped variation. The car was among those at Pebble Beach in 1989 when Berton was honored for his automotive designs. 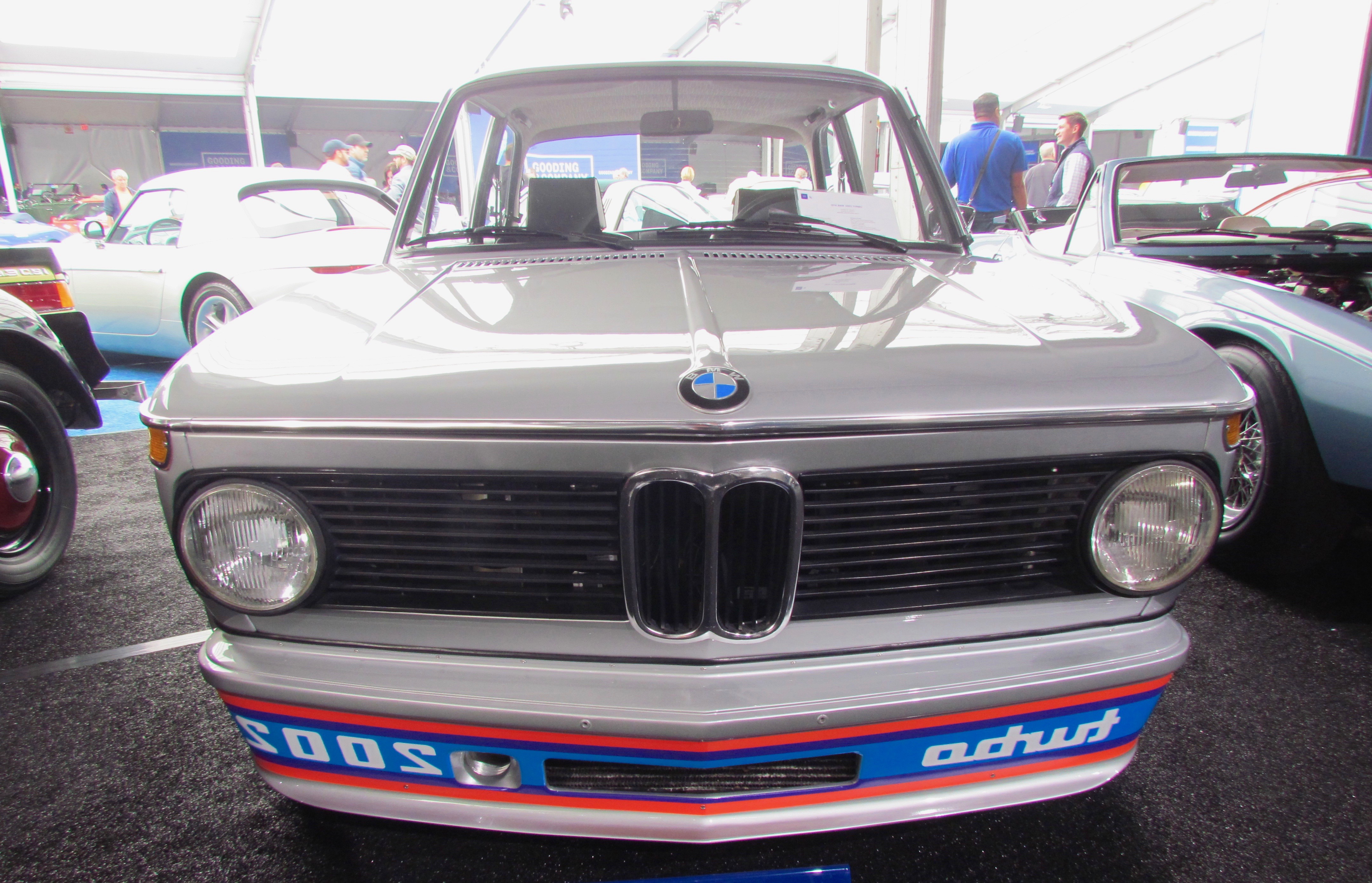 How can you not like a car that alerts drivers ahead that they are being overtaken by a 2002 Turbo? BMW produced more than 1,600 of these cars, which were Europe’s first turbocharged production cars, pumping out 170 horsepower, enough to sprint to 60 mph in 7 seconds on the way to a top speed of 130 mph. Seems perfect for the sprint up over the Laureles Grade from Carmel Valley to Laguna Seca. 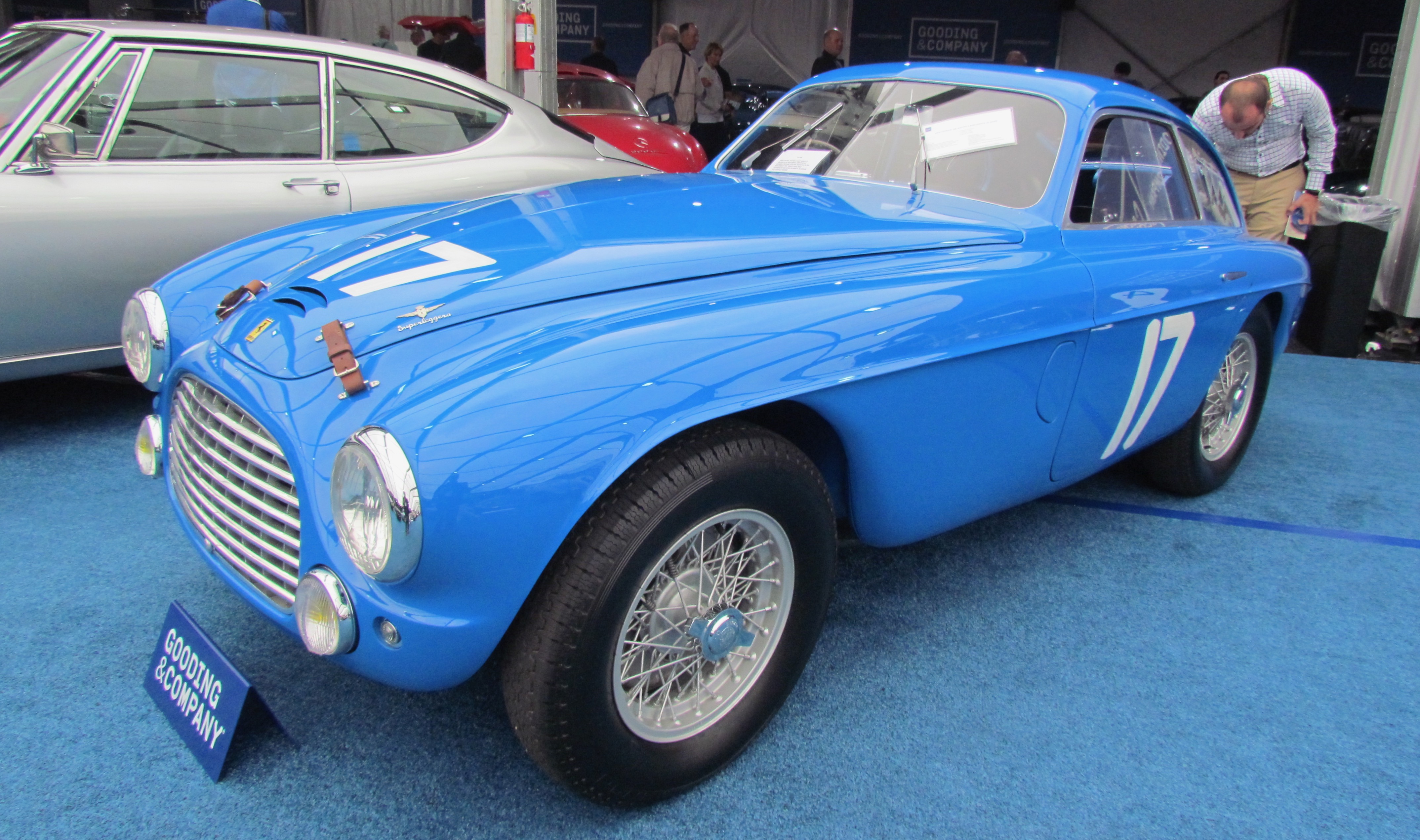 One of six built, this car, bodied by Touring, was sold new to American sportsman Briggs Cunningham, who had the powertrain upgraded before the car raced at Sebring, Bridgehampton, Watkins Glen and even in Buenos Aires, Argentina. 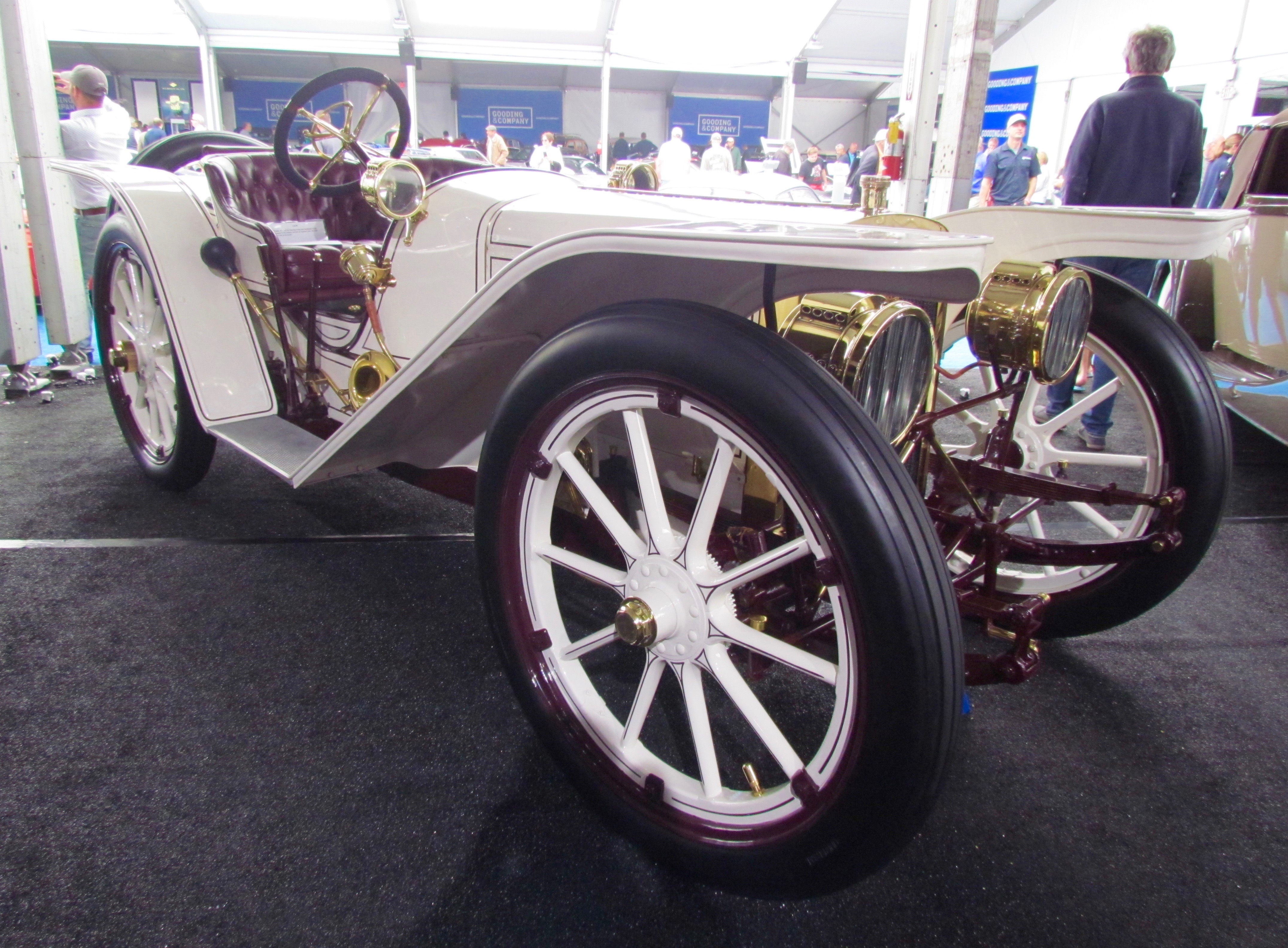 Not everything that fascinated me under the three Gooding & Company auction tents was diminutive. Take, for example, this large 1908 American Underslung roadster. Formerly owned by famed collectors D. Cameron Peck, Lindley Bothwell, Richie Clyne and Sam and Emily Mann, the car, with axles above the frame rails (thus the “underslung” name) had a lower center of gravity and was capable of speeds of up to 50 mph, amazing for its era. Among the intriguing features is that third seat positioned just ahead of the two rear-mounted spare tires.