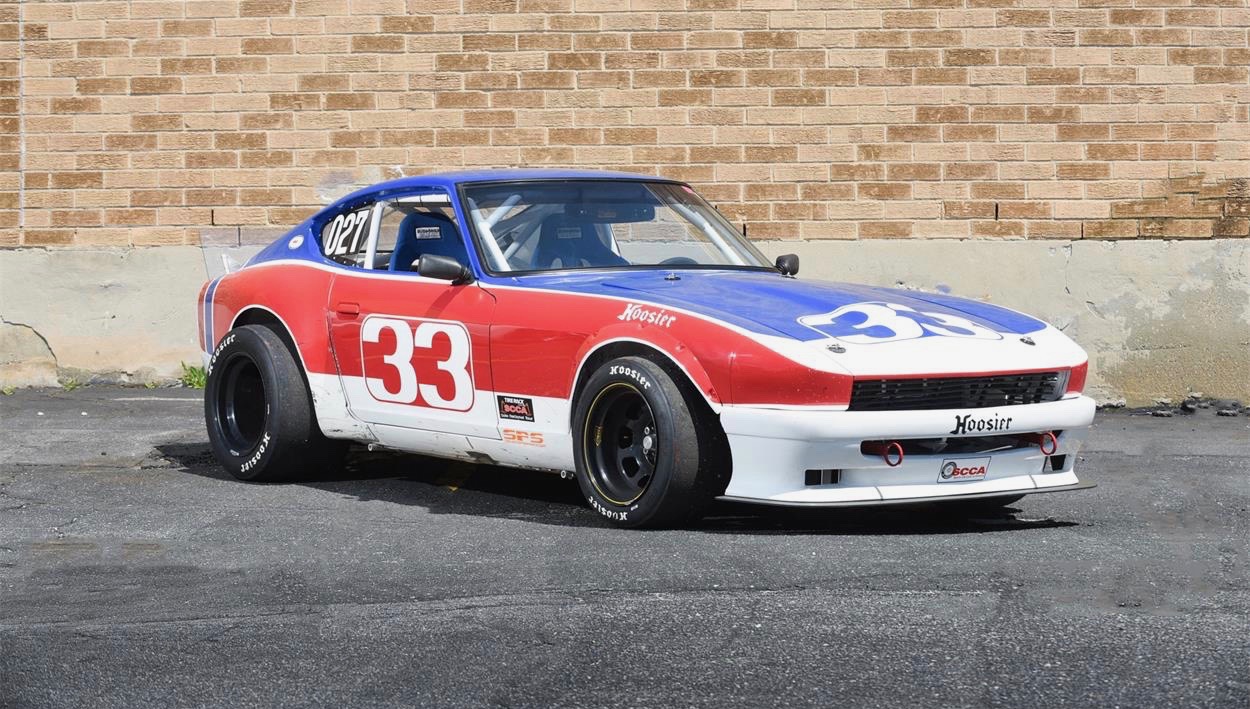 This weekend on the Monterey Peninsula, Datsun/Nissan is the featured marque at the Rolex Monterey Motorsports Reunion, the big historic-racing show at Weathertech Laguna Seca Speedway.

The track will be filled with a few hundred vintage racers, including more than 50 from the first Japanese automaker to receive featured marque honors at the historic races.

The Pick of the Day, a 1974 Datsun 260Z, looks like one of those vintage Datsun 260Z race cars, but it is not. What it is is a tribute to a similar car campaigned by Paul Newman and Bob Sharp back in the day, except this one was purpose-built for autocrosses, hillclimbs and track days, according to the advertisement placed on ClassicCars.com by a collector car dealership in Farmingdale, New York.

Unlike the similarly liveried cars raced by the Newman and Sharp, this Datsun isn’t powered by a 6-cylinder engine but by a 6.2-liter, 2010-vintage Chevrolet LS3 like those found in Corvettes or Camaros.

The engine has Sanderson headers and an Aeromotive fuel system with surge tank, the dealer notes. The engine is tied to a 2010 Tremec T6060 6-speed Camaro gearbox and an Infiniti Q45 R200 rear end with 3.54 posi-traction.

Inside are Ultra Shield seats with 5-point harnesses, and there are window nets. The numbers are painted on, not decals.

Oh, and in case you hadn’t figured it out, the car is not street legal.

The engine has been run only 1,700 miles since being installed, and the dealer says the car is “fully-sorted and ready to thrill.”