Enter the Mecum Auctions venue at Hyatt Regency Monterey Hotel and Spa on Del Monte Golf Course just off Highway 1, aka the Cabrillo Highway and the first cars you encounter and modern supercars, and there are many of them, including — count ‘em — four Bugatti Veyrons, all of which will be crossing the block during the auction that begins Thursday and runs through Saturday.

Other than the photo above, you won’t learn anything in this article about the supercars. While some are drawn to them, my taste is for vehicles that are older and especially those that are unusual, and this article is my opportunity to wander through the array of cars on offer at Mecum Monterey and to select the ones that most pique my interest, the cars I’d likely be bidding on were I wealthy enough to buying and selling rather than writing about collector cars and auctions.

So here they are, and they aren’t all cars:

This is one of the auction’s main attractions and the reasons are obvious. The bare-metal aluminum-bodied racer was one of only 39 built, was driven in competition by composer and concert pianist Ernst Vogel and was driven well enough to have won overall in a race on the Grand Prix Circuit d’Opatija in Yugoslavia (modern day Croatia) in 1958 as well as taking first-in-class finishes at two other venues. The car was the subject of a long, long restoration and is expected to sell for as much as $5 million at the auction. 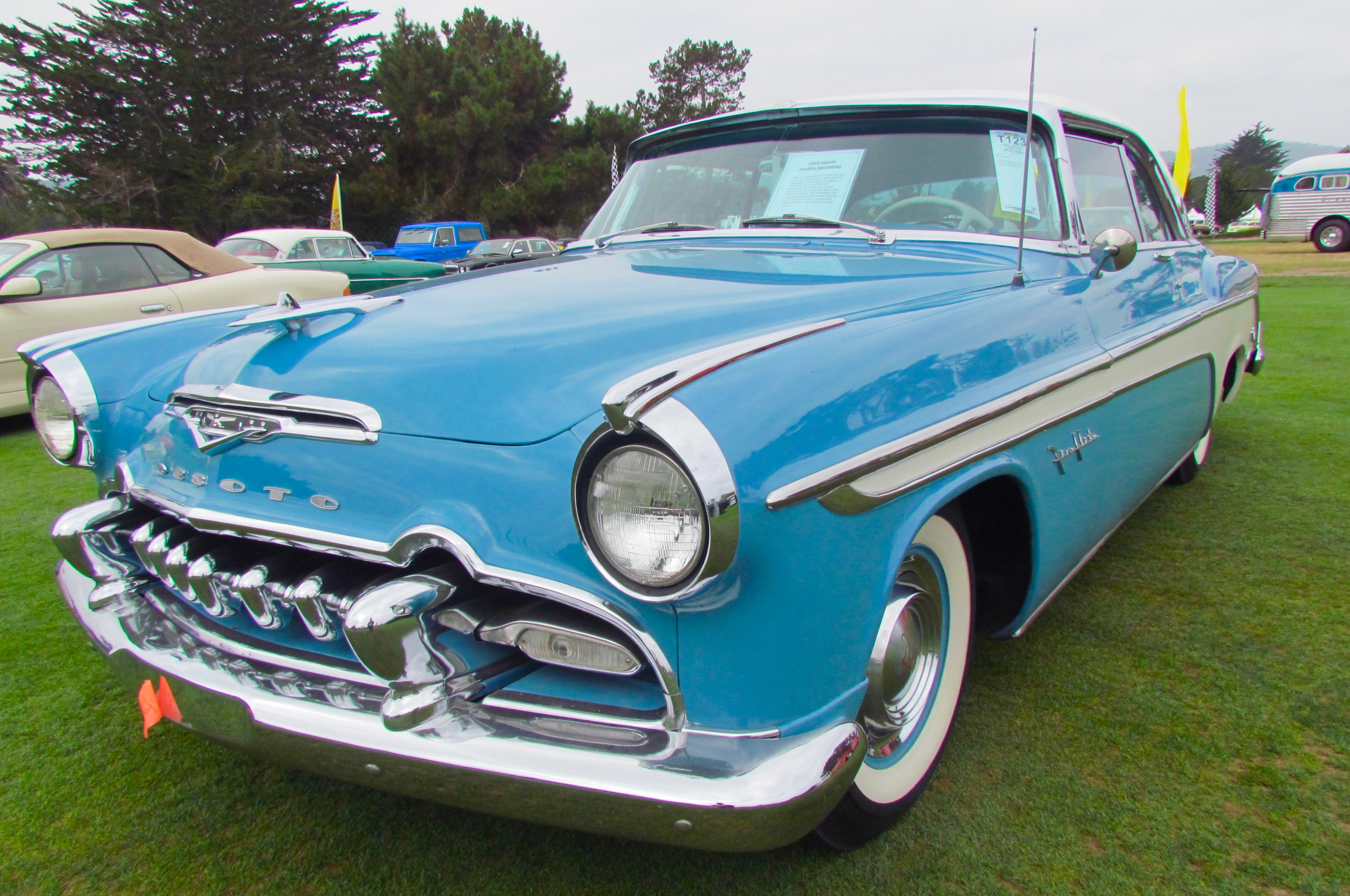 Another subject of restoration, this mid-century DeSoto has a 291cid Hemi V8, but it’s not race car. It does appear, however, to be something cool for simply cruising around town.

James Bond and his fans can enjoy their DB5s. I like the lines of this DB2/4, an earlier Aston Martin and one of only 139 such hatchback coupes produced with a 2.9-liter inline 6-cylinder engine. The engine is linked to a four-speed manual gearbox. The car has a steel tube chassis and aluminum bodywork, and is even left-hand drive, ideal for American roads. 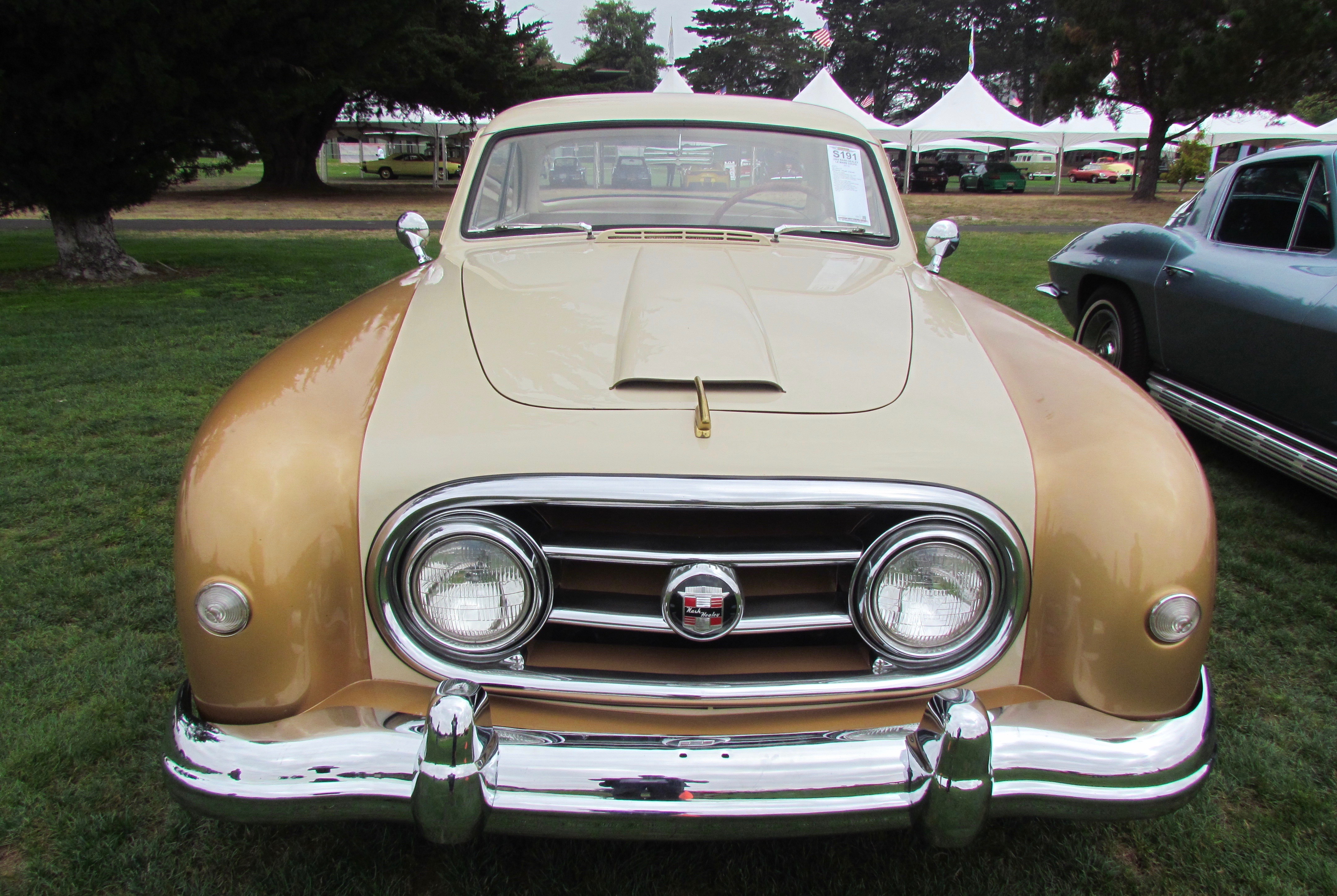 Most of the Nash-Healeys I’ve seen are convertibles, but this is one of around 500 Le Mans coupes produced between 1951 and ’54. Engines by Nash Motors of Wisconsin, chassis by Donald Healey of England, and bodies by Pininfarina of Italy. And in a subtly interesting two-tone shade. 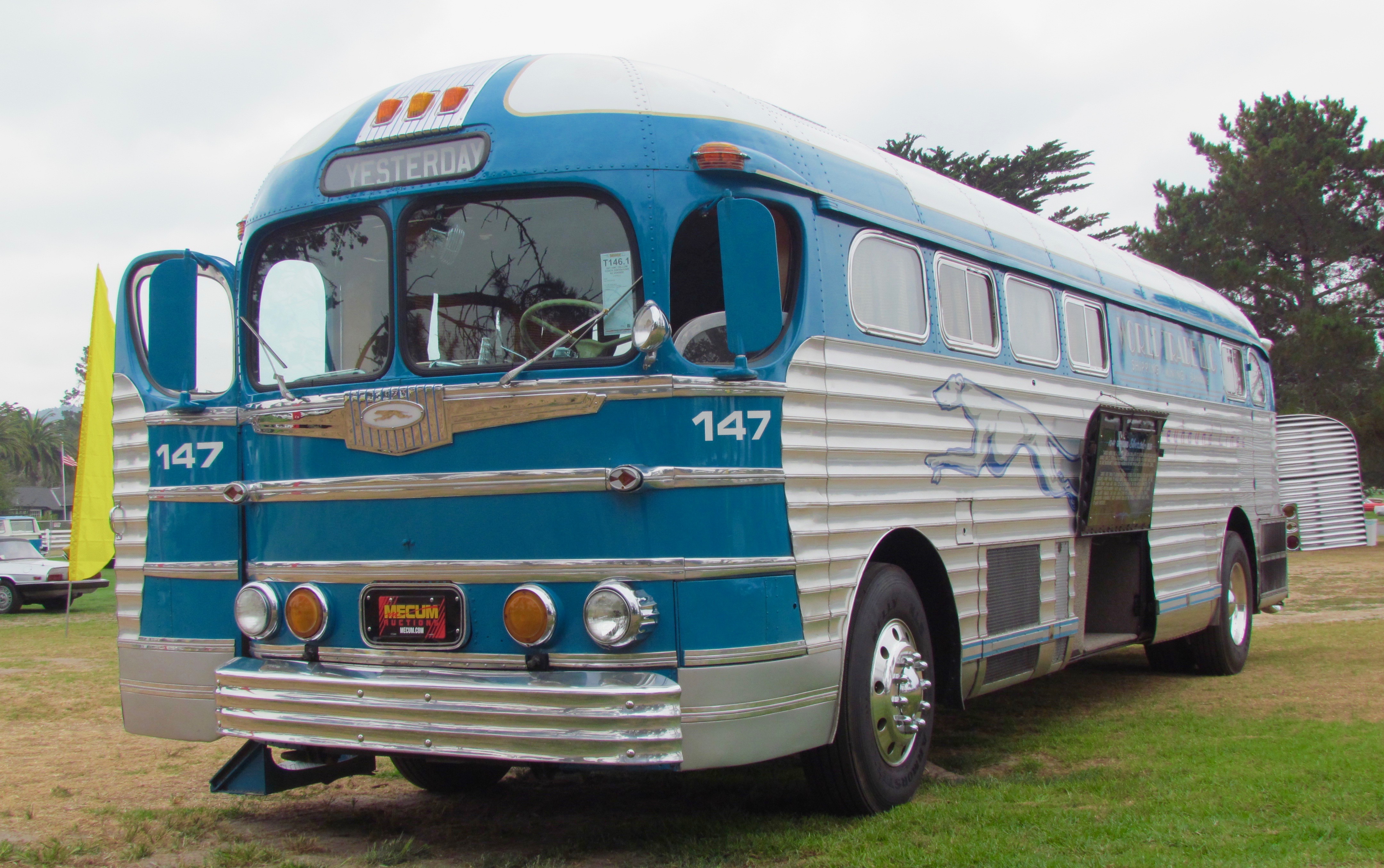 I warned you, not all my favorites on the docket are cars. For example, this Greyhound bus, reportedly only one of three that have been restored like this. GMC Yellow Coach produced around 600 such buses before the war, with GM producing another 2,000 after the war. Most reportedly were driven at least 2 million miles and were well worn out. Greyhound restored one for its collection, another has become a $500,000 motor home and this is the other one. What better way to pack up the family and head out on the Great American Road Trip? 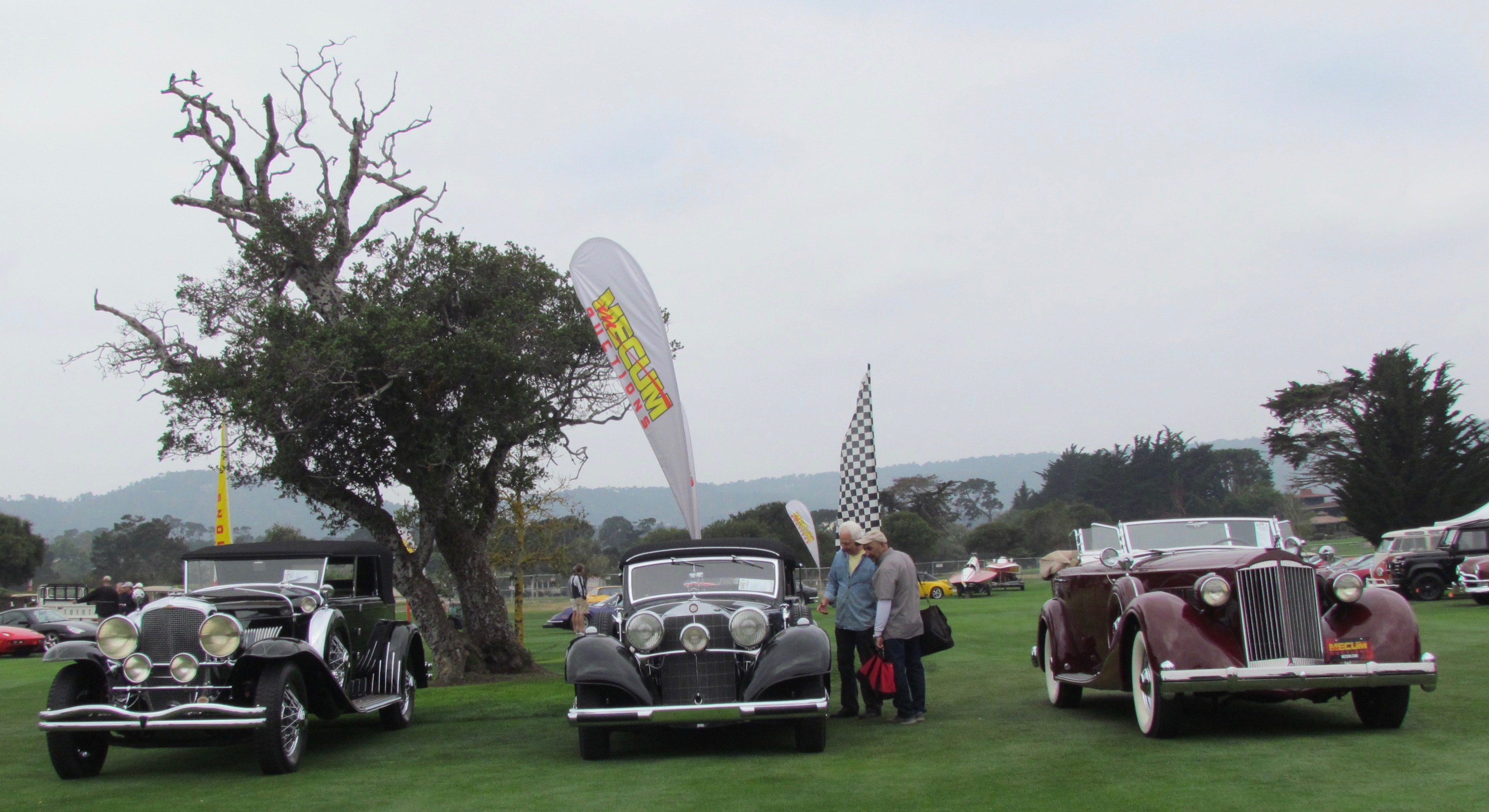 The Academy of Art University in San Francisco has an extensive car collection and has consigned seven cars, six of them pre-war, to the Mecum sale to make room for the addition of some more recent vehicles. Three of the seven were parked together on the fairway during the auction preview. They are, from left to right, a 1929 Duesenberg Model J convertible sedan, a 1937 Mercedes-Benz 540K cabriolet B, and a 1936 Packard Super Eight 1404 dual-cowl sport phaeton. My favorite is the Duesenberg, albeit its $1 million-plus pre-sale estimated value. 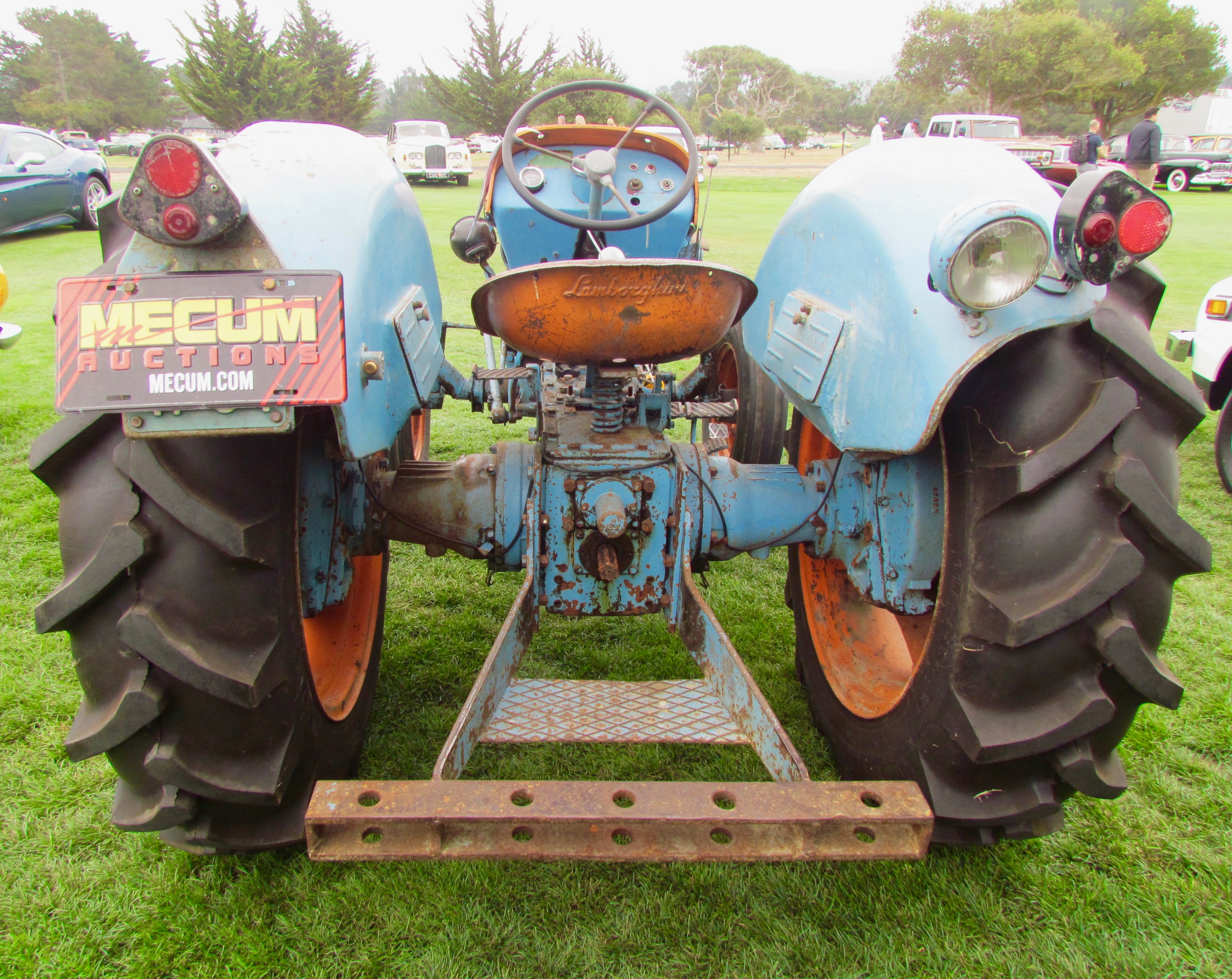 Here’s another non-car, a 1964 Lamborghini 2R, a 3-cylinder, diesel-powered farm implement that make Ferruccio Lamborghini enough money that he could afford to buy a Ferrari, which disappointed him so much he decided he could do better and started his own car company. 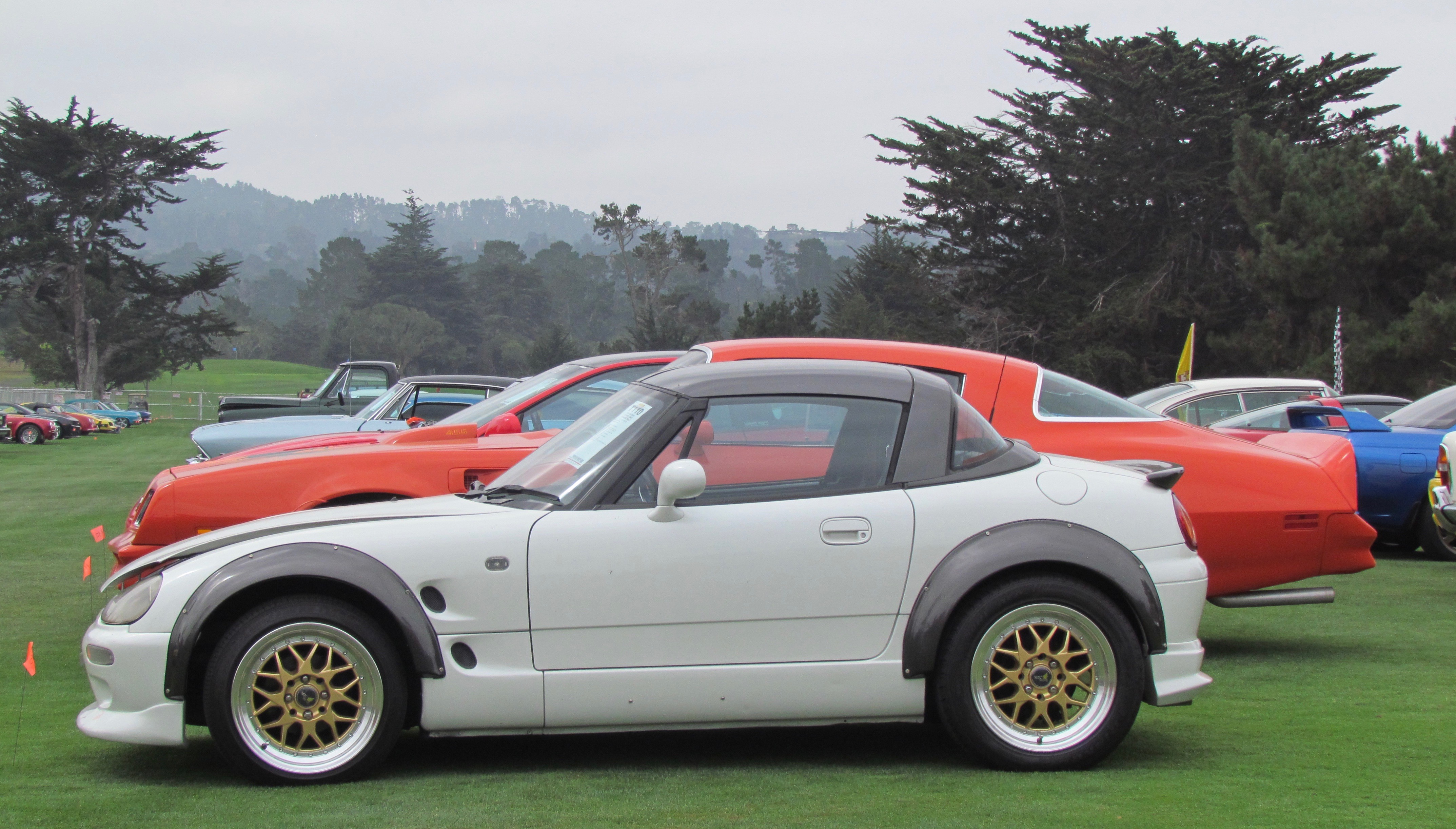 I was an editor at AutoWeek magazine when Suzuki launched this cute little sportster and we always wished we’d been able to find a way to include one in our press fleet. We did get our mitts on a Nissan Figaro for a couple of months, but this one with its three-piece roof that can be closed, T-toped Targa-style or opened as a full convertible eluded us. Like the Lambo 2R, it has a three-cylinder engine, though this one burns gasoline and displaces a mere 660cc. Still, it would provide plenty of smiles for miles. 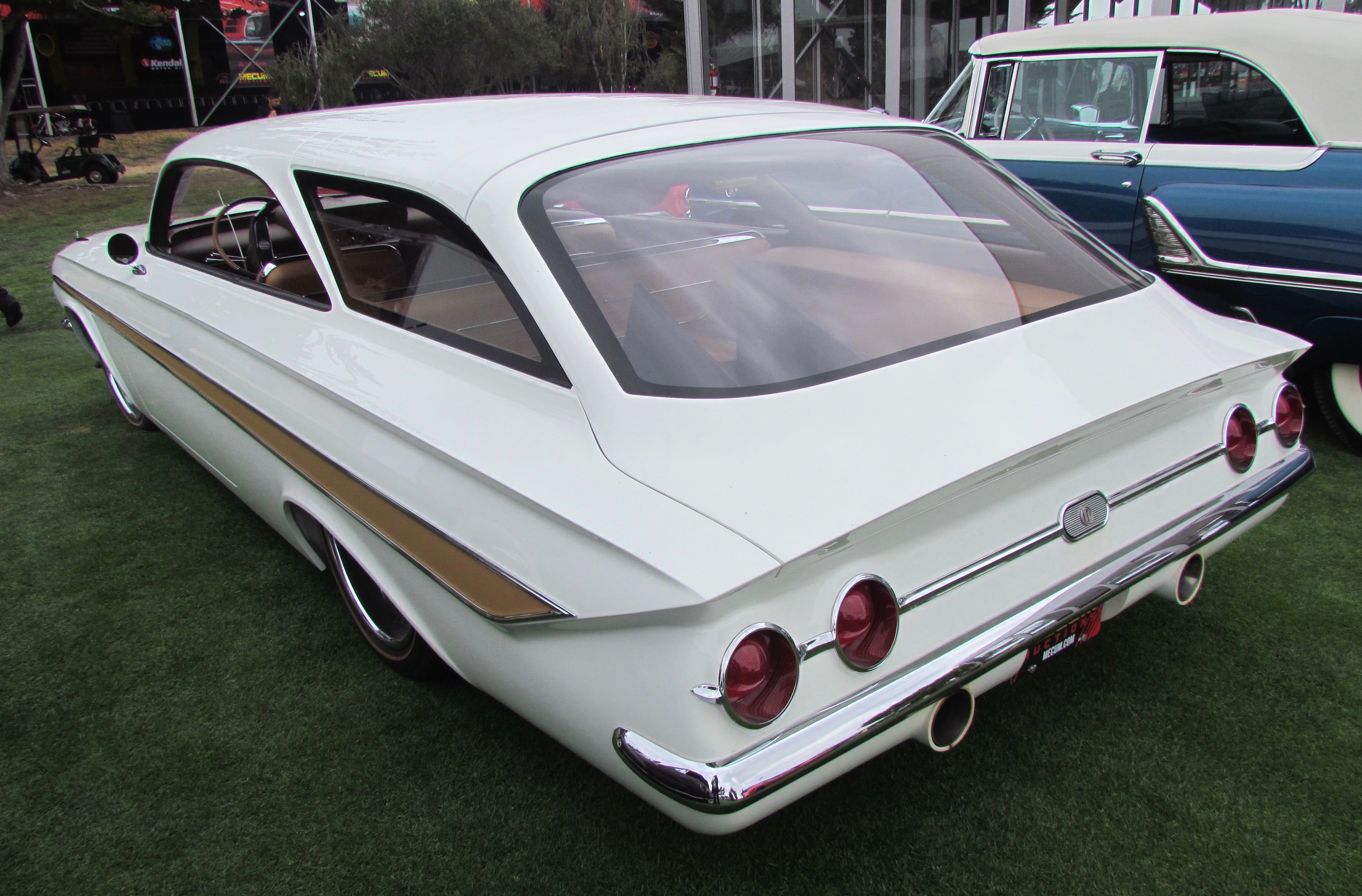 Speaking of smiles for miles, consider this car, known as the “Double Bubble” and one of the Great 8 finalists at the 2016 custom car show circuit. Once upon a time it was “bubbletop” ’61 Impala, but was fused with the lengthened roof from a 1961 Pontiac, albeit with a 3-inch hop and lots of other custom touches. Speaking of custom, the 409cid engine displaces 473 and sends that power rearward to a 9-inch Ford differential through a 5-speed Tremec transmission.

Here’s another custom, built by Jack Calori and Herb Reneau and featured on the November 1949 cover of Hot Rod magazine. And that was before it was restored by Roy Brizio and won best-in-class among hot rods at Pebble Beach a few years ago. The Mecum notes that this car is a “superb candidate to qualify for an invitation to the historic hot rod cover-car class at Pebble Beach 2019.”

But wait, there’s more… and it’s not a car. It’s the first 18-foot Cobra produced by Chris-Craft. Originally known as Gemalu, at some point it was re-named Woody Cobra 001. At some point it also was part of the Alan Furth boat collection. Apparently originally delivered to a dealership on Lake Tahoe, this wooden beauty has a siren, and a 131 horsepower Hercules KBL 6-cylinder engine.