Located these days in a highly visible location on Old Fisherman’s Wharf in downtown Monterey, Russo and Steele has brought a diverse collection of 250 muscle cars, exotics, American and European classics for a sale that starts this evening and runs through Saturday.

Russo and Steele’s unique “in-the-round” auctions have to be experienced, a wildly over-the-top array of straight-up auctioneering and just plain show biz, with Russo chief Drew Alcazar serving as the always entertaining master of ceremonies.  They are fun and unpredictable and serve as a shot of adrenaline after the more-subdued auctions held up the road.

Wandering around the auction area during the private preview day Wednesday, open to bidders and consigners only (as well as a few favored media types), I picked out nine vehicles that especially spun my wheels: 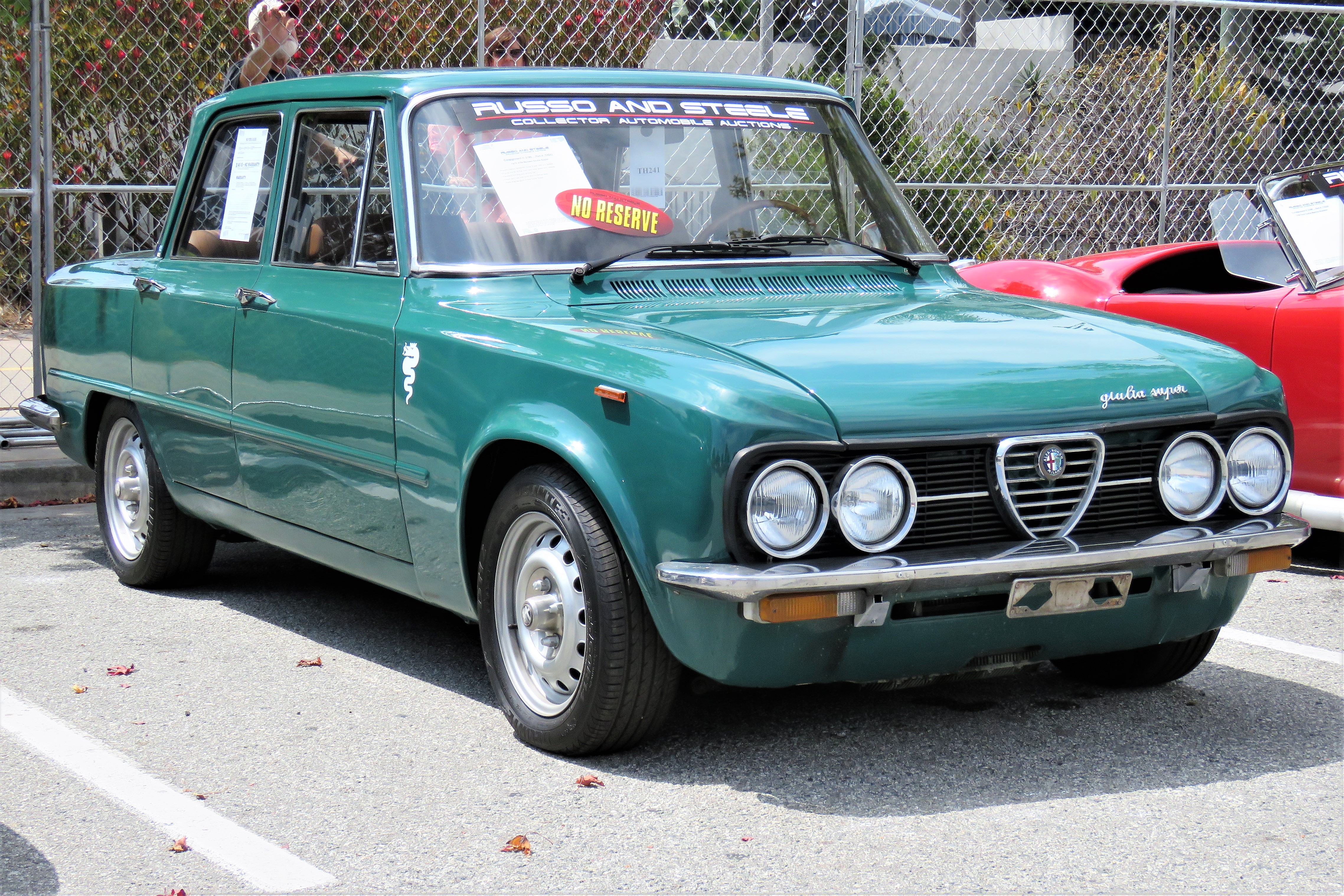 Alfa practically invented the sports sedan when these little berlinettas trundled out with boxy four-door styling coupled with handling, performance and aerodynamics that put many sports cars to shame.  This was the last model year for the Guilia Super, a great-driving car that could also be used for transporting friends and family.  I love the original color of Verde Ischia with what appears to be a high-quality repaint. 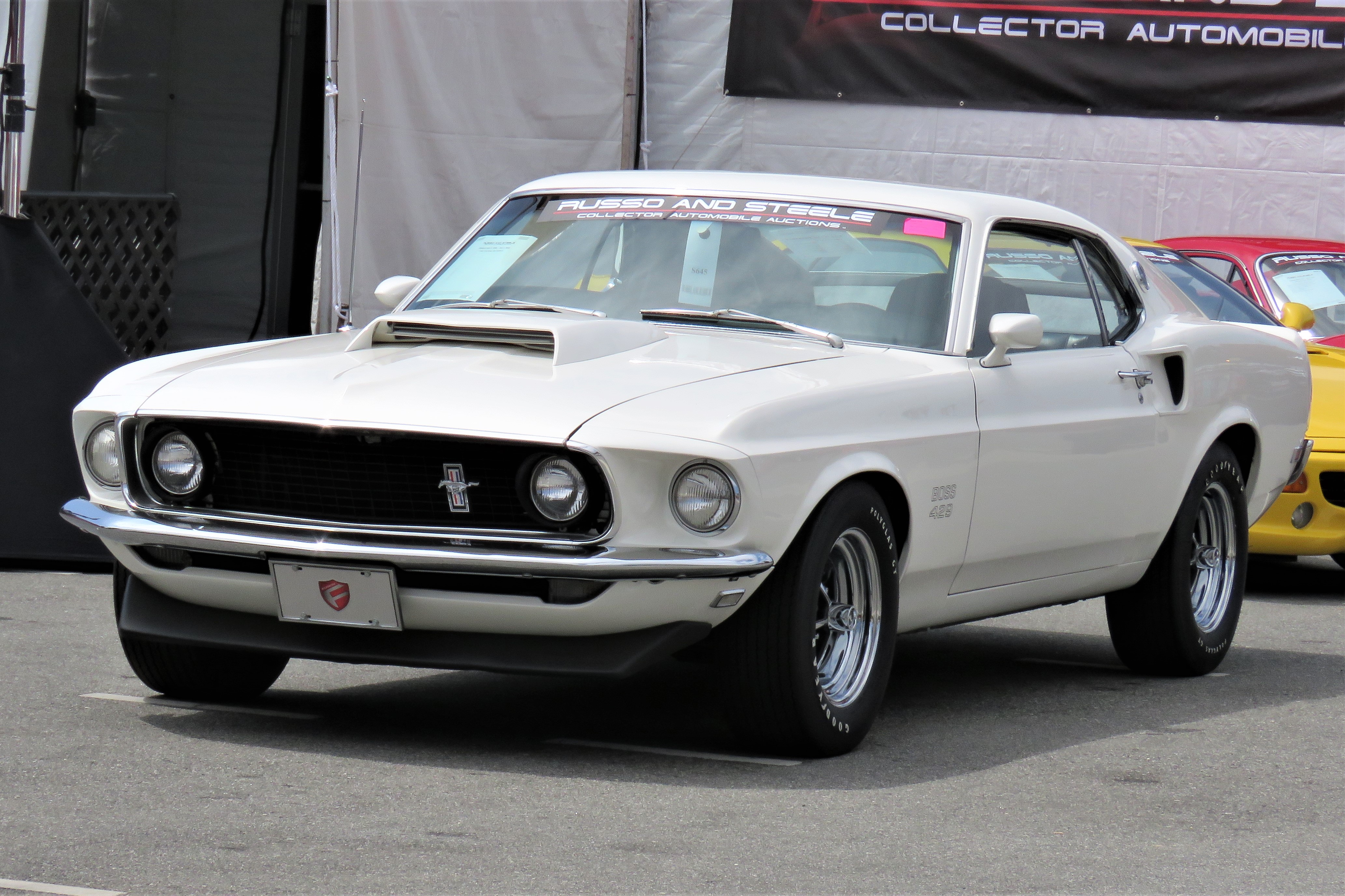 Getting down to business, this high-performance beast originated as an effort by Ford to homologate its 429cid V8 for NASCAR racing, and which resulted in a rare muscle car (just 1,358 of them were built in 1969 and ’70).  The 385-horsepower engine is a torque monster fed through a 4-speed manual transmission, with the car being specially modified by Kar Kraft to fit the huge big block.  A true muscle-car classic, one of which has been parked in the living room of the Alcazars’ Phoenix home. 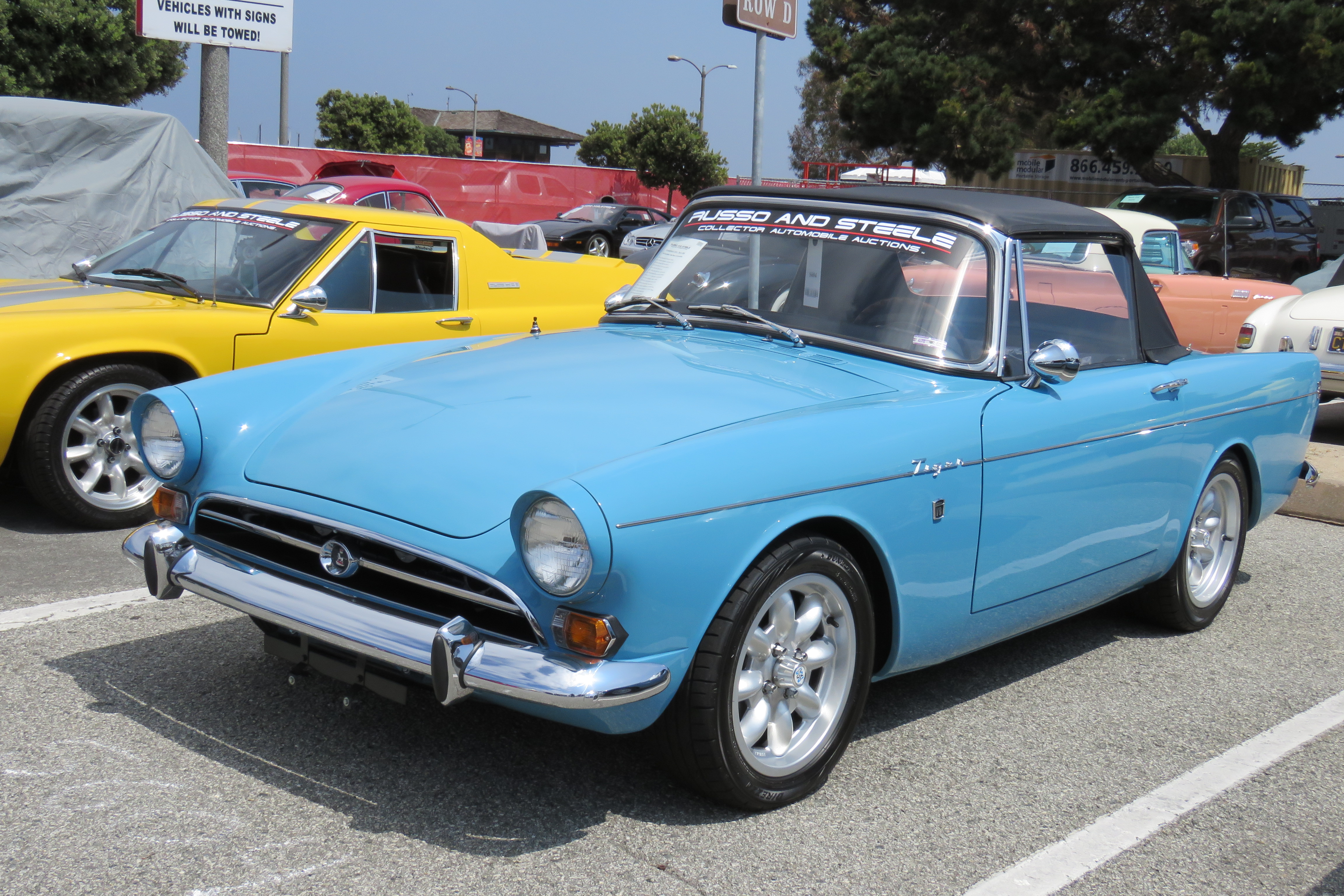 Speaking of great V8-powered cars, this is another one of those Carroll Shelby Anglo/American sports cars, this one a little Sunbeam Alpine with a Ford V8 nestled under its hood, turning it into a Tiger. Once known as the “poor man’s Cobra,” these now bring decent money at auction due to their strong performance. This one in its original color of Mediterranean Blue has had some modifications that should make it even quicker and better handling.  Love those Minilite wheels. 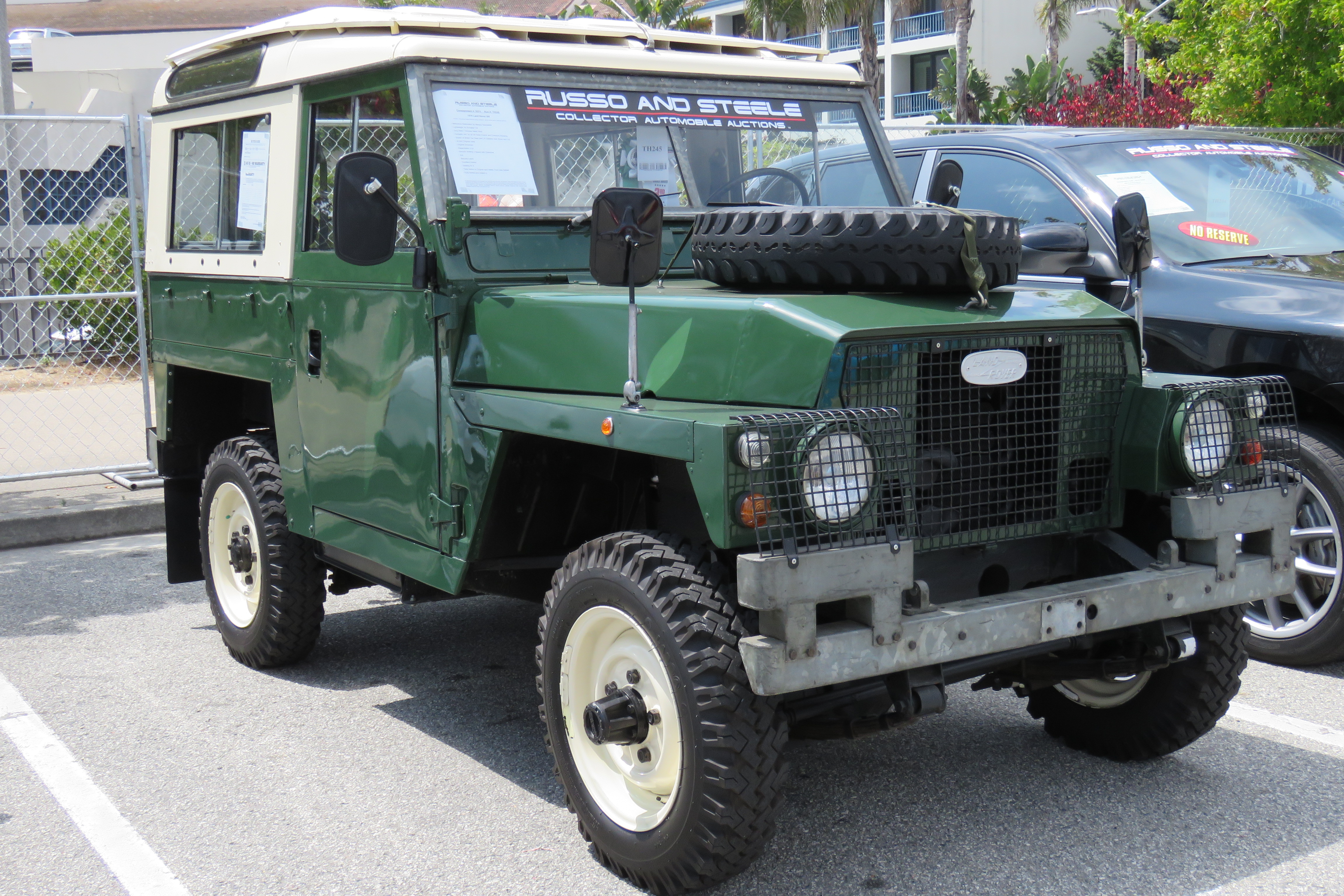 I’ve been thinking a lot lately about getting back into back-country four-wheeling and this Land Rover looks like just the ticket.  Said to have been treated to a “meticulous restoration” by a marque specialist with just over 42,000 miles, it’s equipped with one of those bulletproof 4-cylinder engines fed through a 4-speed manual with overdrive and, of course, four-wheel drive.  Best of all, these things don’t need roads. 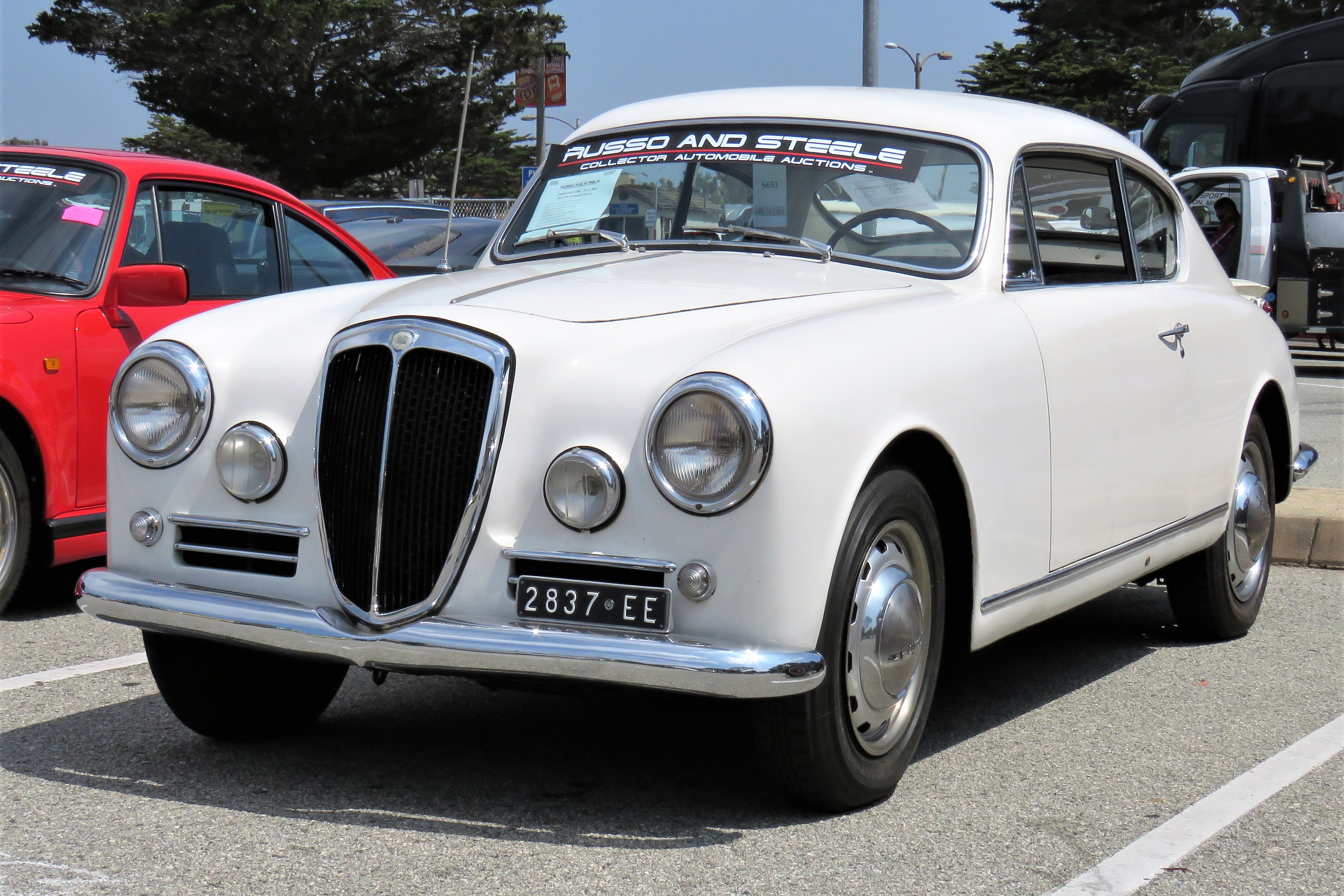 These cars have an excellent reputation for rally and racing excellence, powered by a groundbreaking V6 engine and a likewise groundbreaking rear-mounted transaxle for superb balance.  But what I admire most about these premium Italian coupes is the evocative styling originally penned by Pininfarina.  Simply gorgeous in a splendidly understated way. 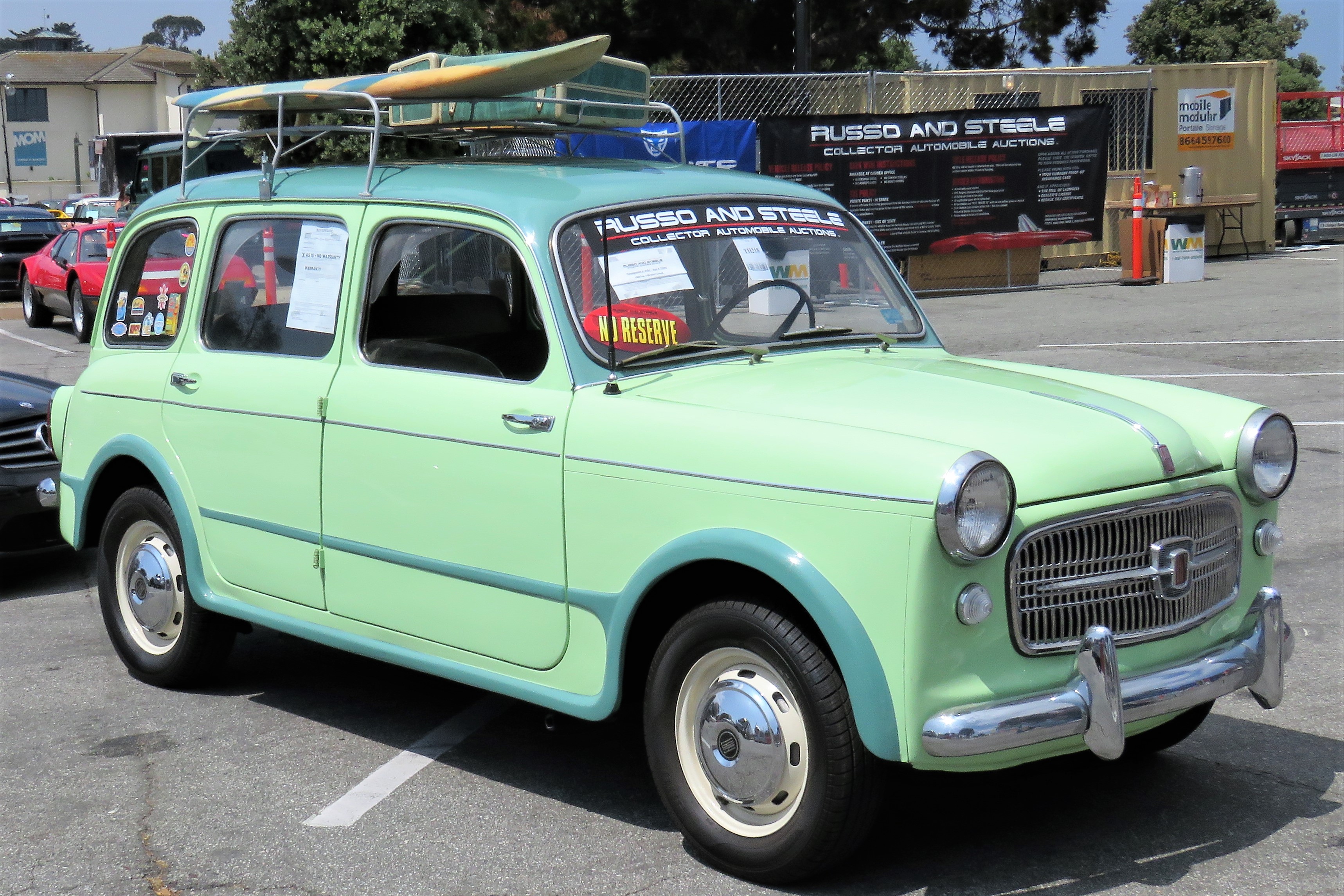 Here’s another stylish Italian, but of a decidedly different bent.  This gorgeous little wagon is a real sweetheart and would be a major attention-getter at any concorso.  While the Russo placard on the car identifies it as a “sports coupe,” it is most assuredly not.  But it is a super-appealing piece of unbridled cuteness. 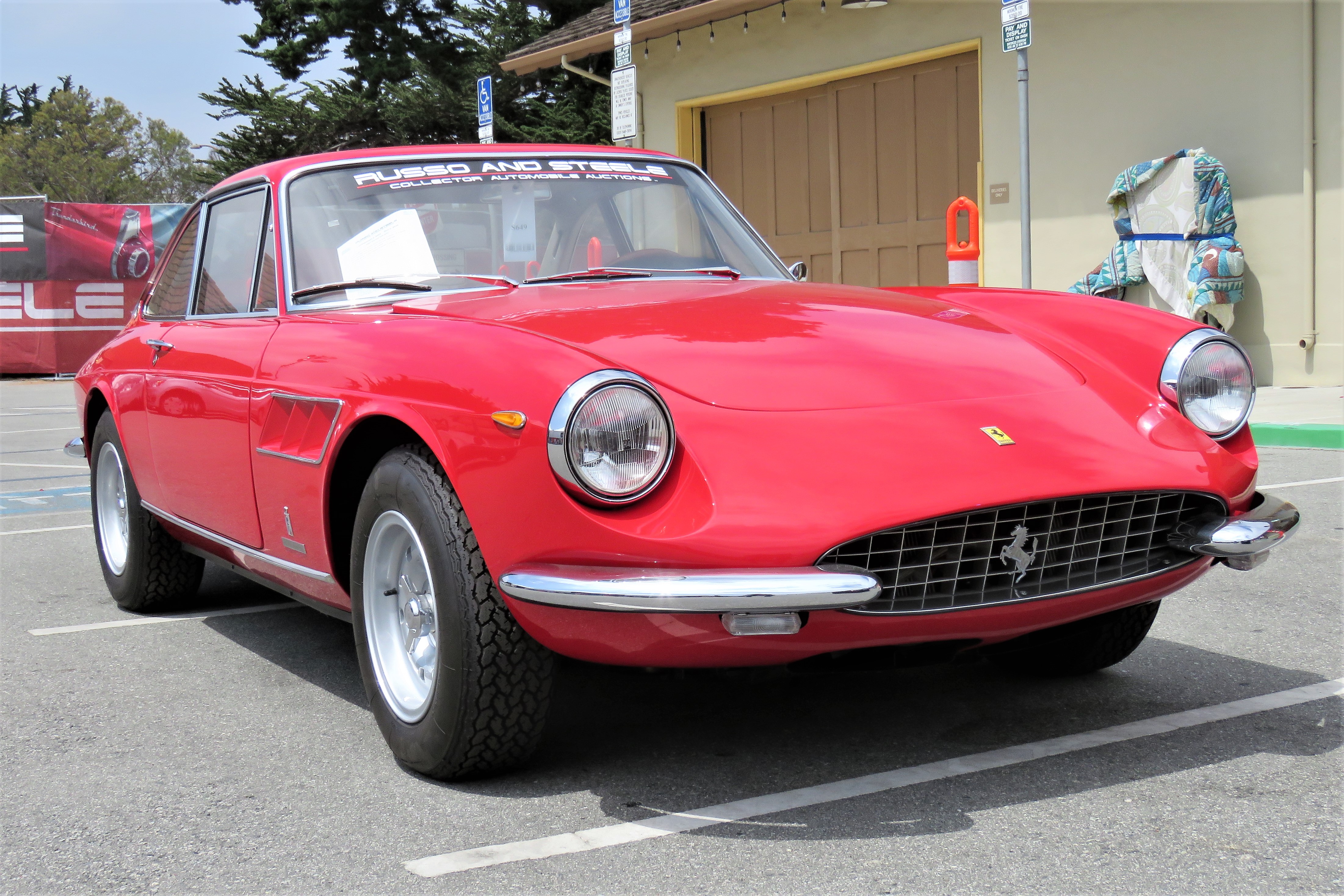 OK, another Italian, but what a car this is.  With a reputation as one of the best-driving V12 Ferraris of the Enzo era, this one sports an older restoration that looks like it’s holding up well, and with a (not doubt very-expensive) rebuild of its magnificent engine just last month, according to the auction info.  And who doesn’t totally love that Pinifarina styling that has held up so well.

This old-school treatment includes such things as a rebuilt 1956 Cadillac V8 with twin Strombergs and Offy manifold, a 1949 Caddy dashboard and gauges, an artfully distressed leather interior and glossy black paint.  It was just completed after a five-year build, the auction says, and I say it looks just great. 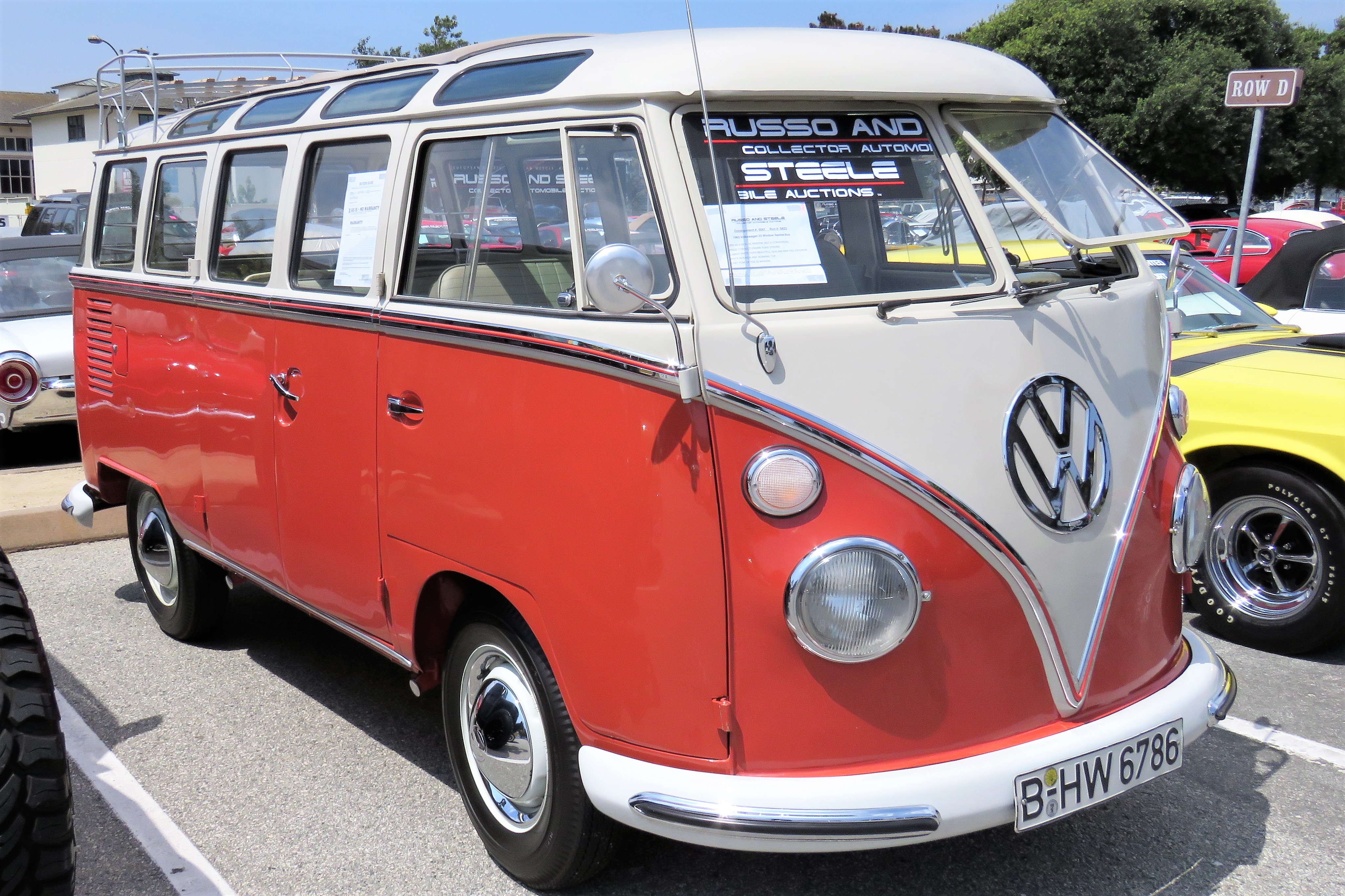 Always a Southern California favorite, this microbus has it all for dedicated Vee Dub freaks.  A genuine 23-window, the auction says, this is the top dog within the continuing strong values of early microbuses, with the delicate chrome trim around the side windows, a cool roof rack and a full sunroof.

Question of the Day: Do you like Formula E?