Worldwide Auctioneers is back at the tip of the Monterey Peninsula for a second year, its sale of collector cars scheduled to start at 5 p.m. Thursday in a pair of huge white tents pitched on the Pacific Grove Golf Links just a few feet from the ocean and just down the hill from the historic Point Pinos Lighthouse.

It’s an amazing setting and the catalog has some equally amazing cars, cars certainly worthy of the setting.

I wandered among them early this week and now I get to share my personal favorites with you:

(Note: The picks we do on the ClassicCars.com Journal before such auctions are purely personal and subjective, and are not meant to be any sort of realistic guide for bidders. But perhaps even bidders might enjoy seeing what sort of cars appeal to a supposedly objective observer.) 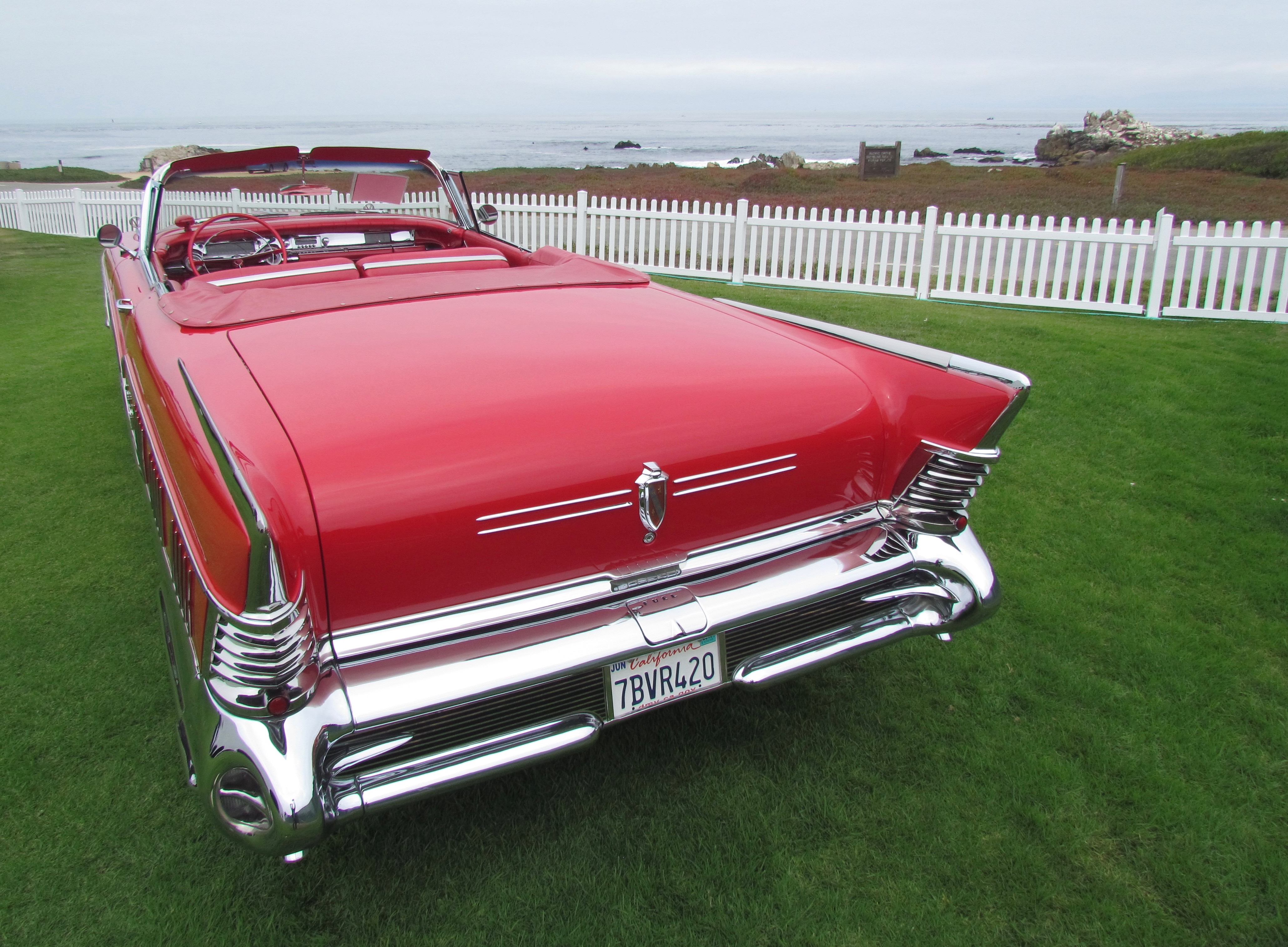 Maybe it was the fact that this big be-chromed cruiser was parked outside the tent and just across the road from the ocean shore, and was mesmerizing in its Seminole Red shade there beneath the overcast sky. The car was a one-year, mid-century model, and Worldwide notes that only 839 of them were produced. This one looks like it’s ready for a night out with the Rat Pack, and since I’ve just moved to the Las Vegas area, it just might fit my new lifestyle. 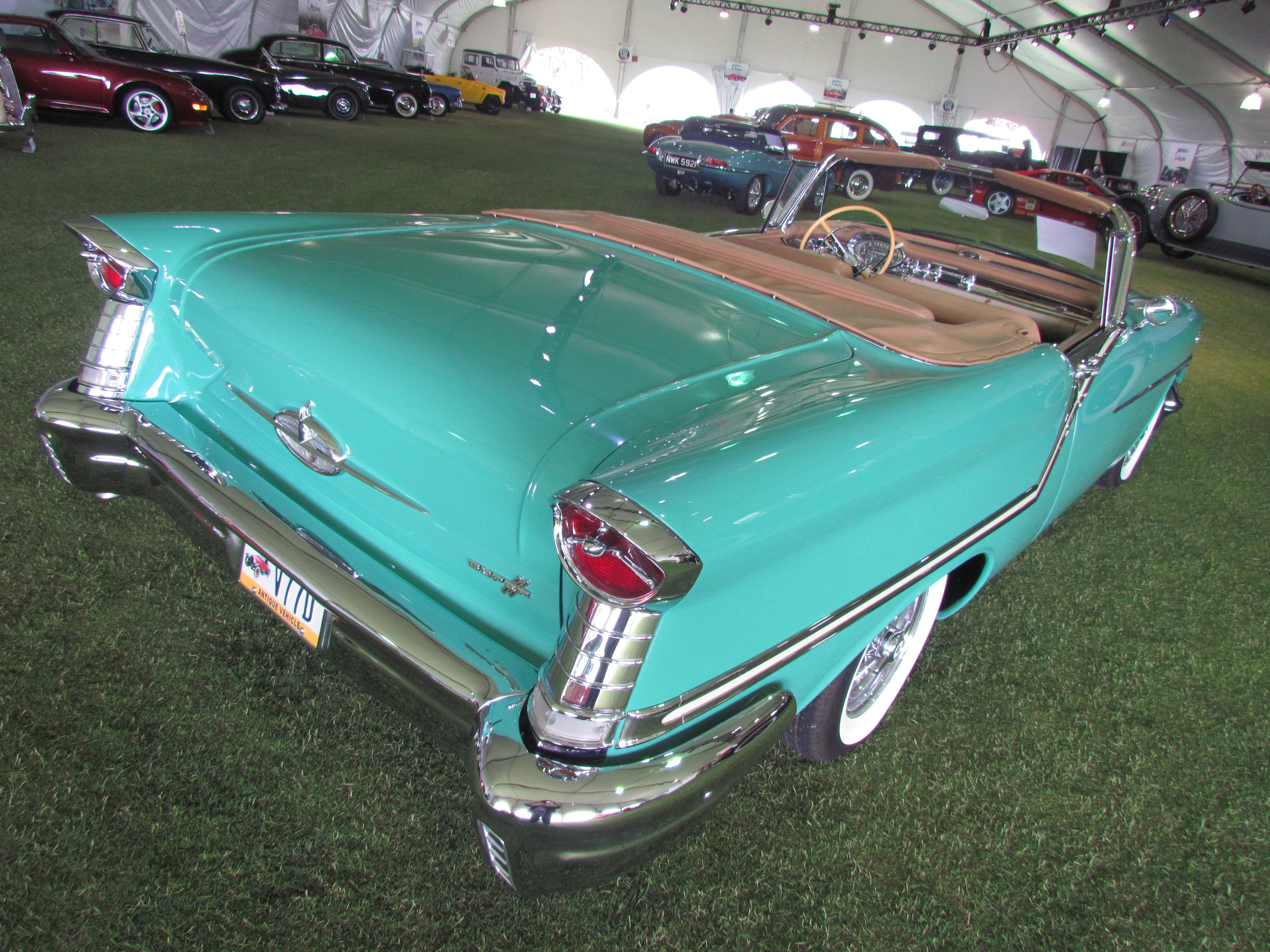 The ’58 Buick has a pre-auction estimated value in the $175,000 to $200,000 range, much too pricey for an automotive journalist to consider. But my second-favorite car is somewhat more affordable with a pre-sale estimate of $80,000 to $100,000. And it’s also a gorgeous mid-century General Motors convertible in a nice “Ice Green” shade. And it figures to cruise quite quickly with its 371 Rocket V8 topped by J2 triple carburetors and pumping out 312 horsepower. 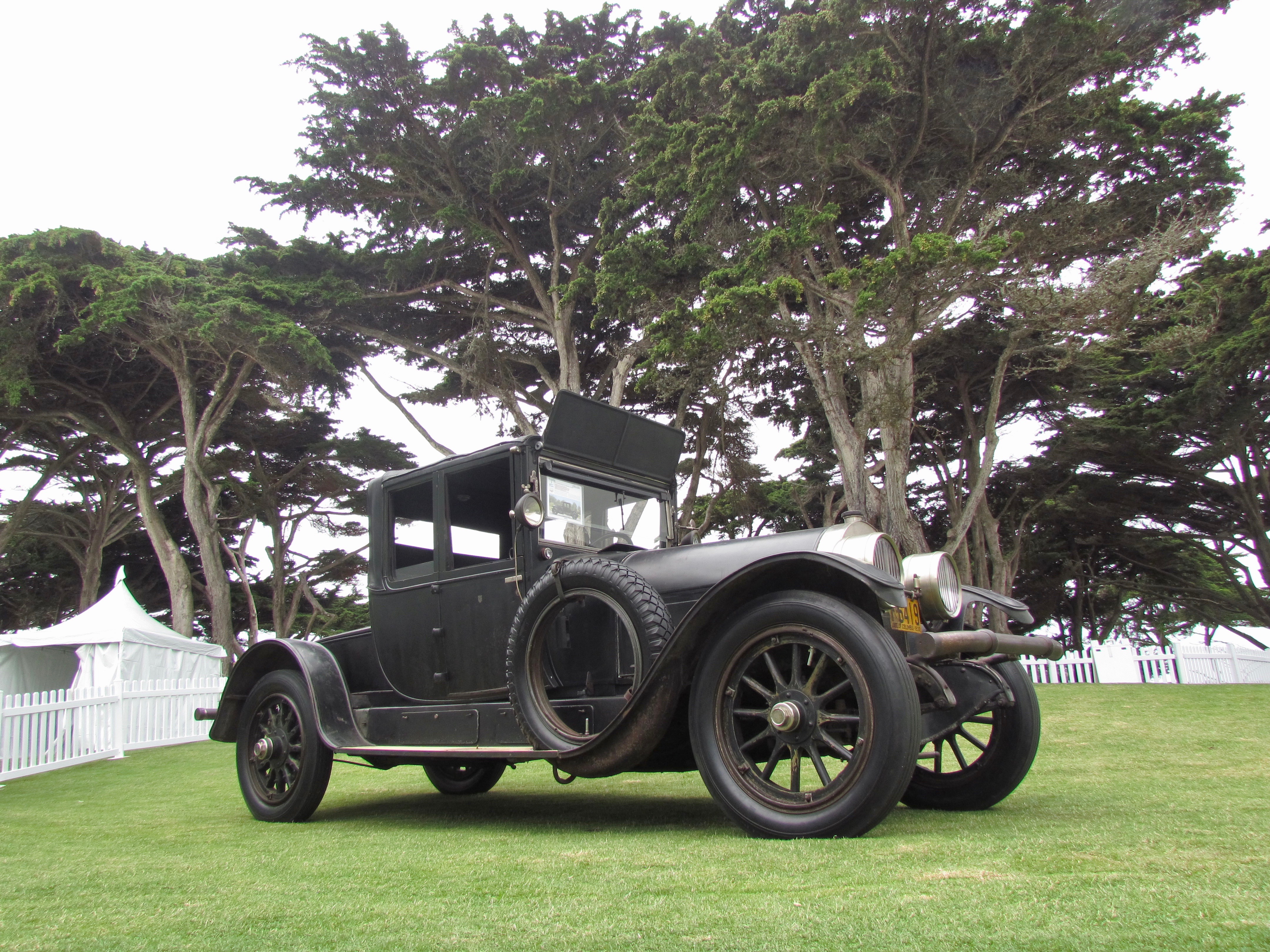 I’m not quite sure why I was so drawn to this car. Experts may recognize it as the FIVA Preservation award winner at the 2017 Pebble Beach Concours d’Elegance, and know that one of only two such vehicles known to still exist, or that for many years it was owned by the socialite daughter of Maryland’s governor from 1892-96, the several-times married Mary Ridgley Brown Lee. She was only 40 when she died and her widower retained the car, which was last registered for the road in 1930. The car has amazing details, from its dashboard to its rear-mounted fuel gauge. 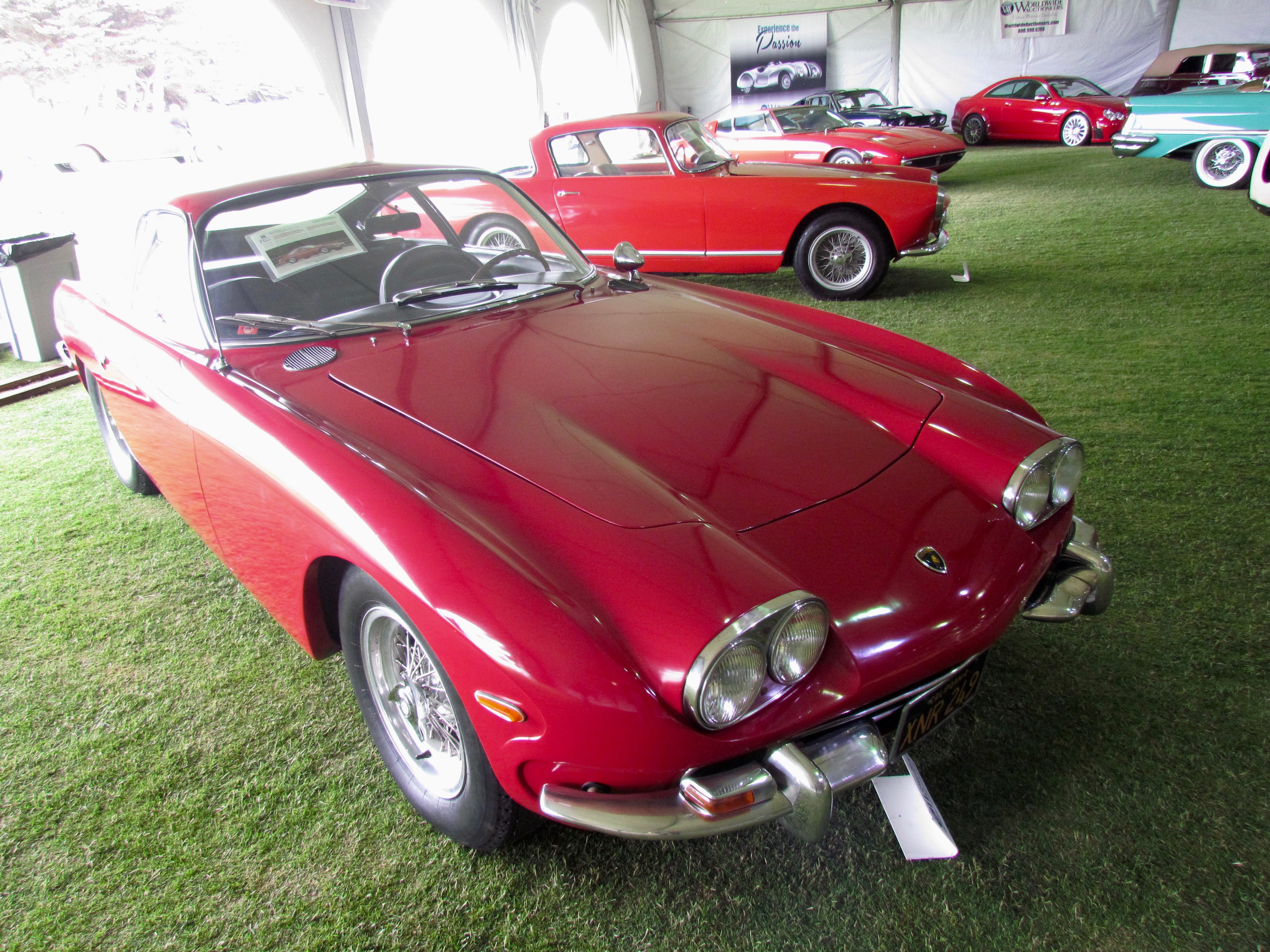 Two more cars carrying lots of patina drew my attention, and I’m not quite sure which I like better, the 1967 Lamborghini 400 GT 2+2 or the 1958 Ferrari 250 GT Elena. The Elena could be worth twice as much, though I think I would be thrilled with either of them, and I hope I’d have the good sense to do only any needed mechanical work, and take care of some wear in the Elena’s leather seating. 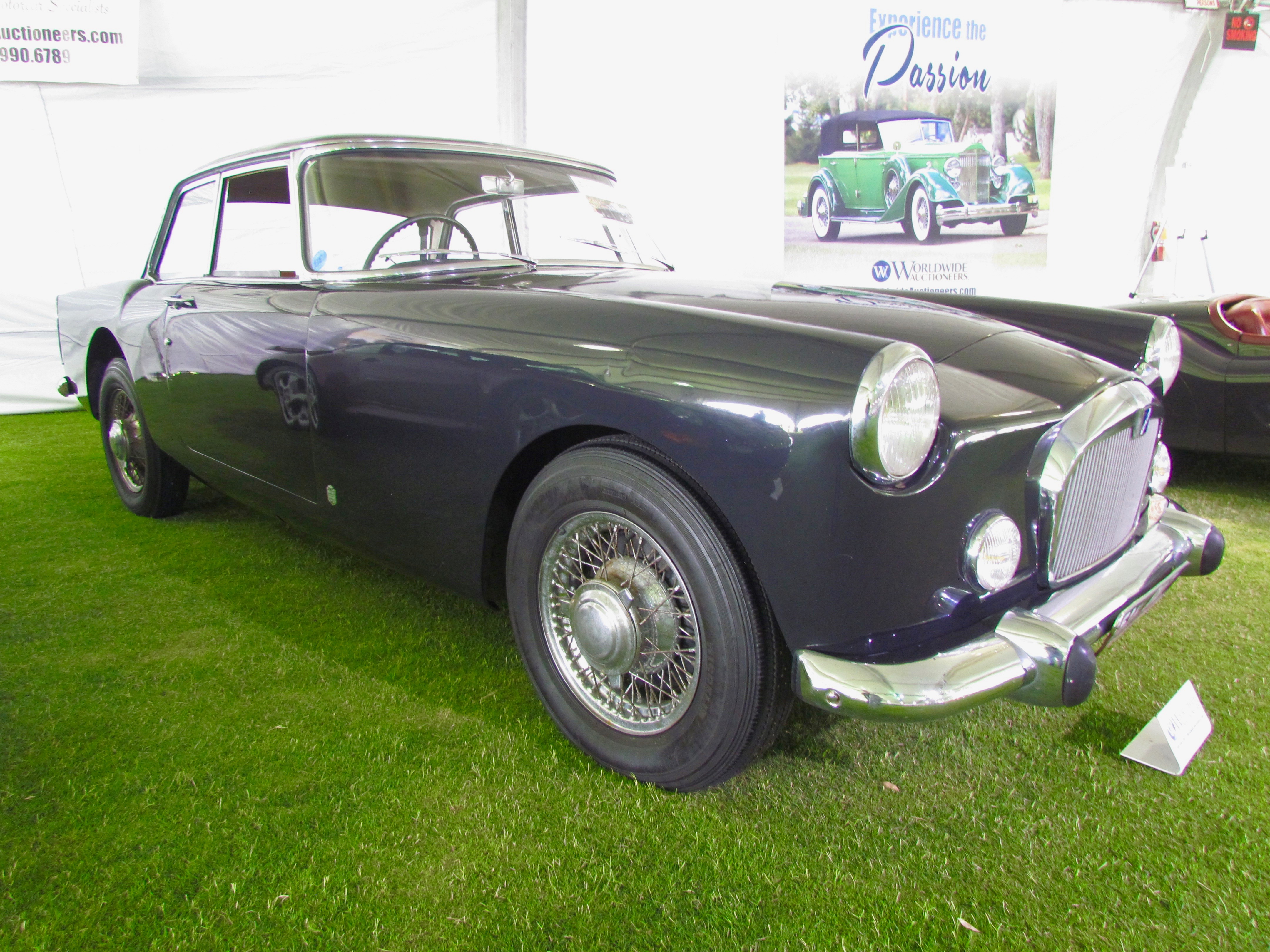 Another pretty much original-condition vehicle I really liked was this 1955 Talbot-Lago T-15 coupe with coachwork by Barou. Never head of Barou? Neither had I. Jean Barou had worked for Jacques Saoutchik, but while Saoutchik’s designs were flamboyant, Barou’s cars were crisp and angular and, based on this Talbot-Lago, had proportions and style that were ahead of their time. He apparently didn’t do a lot of cars, but works his design on a variety of vehicles, from a Jaguar XK120 to a Jowett, from a Peugeot to a Fiat. 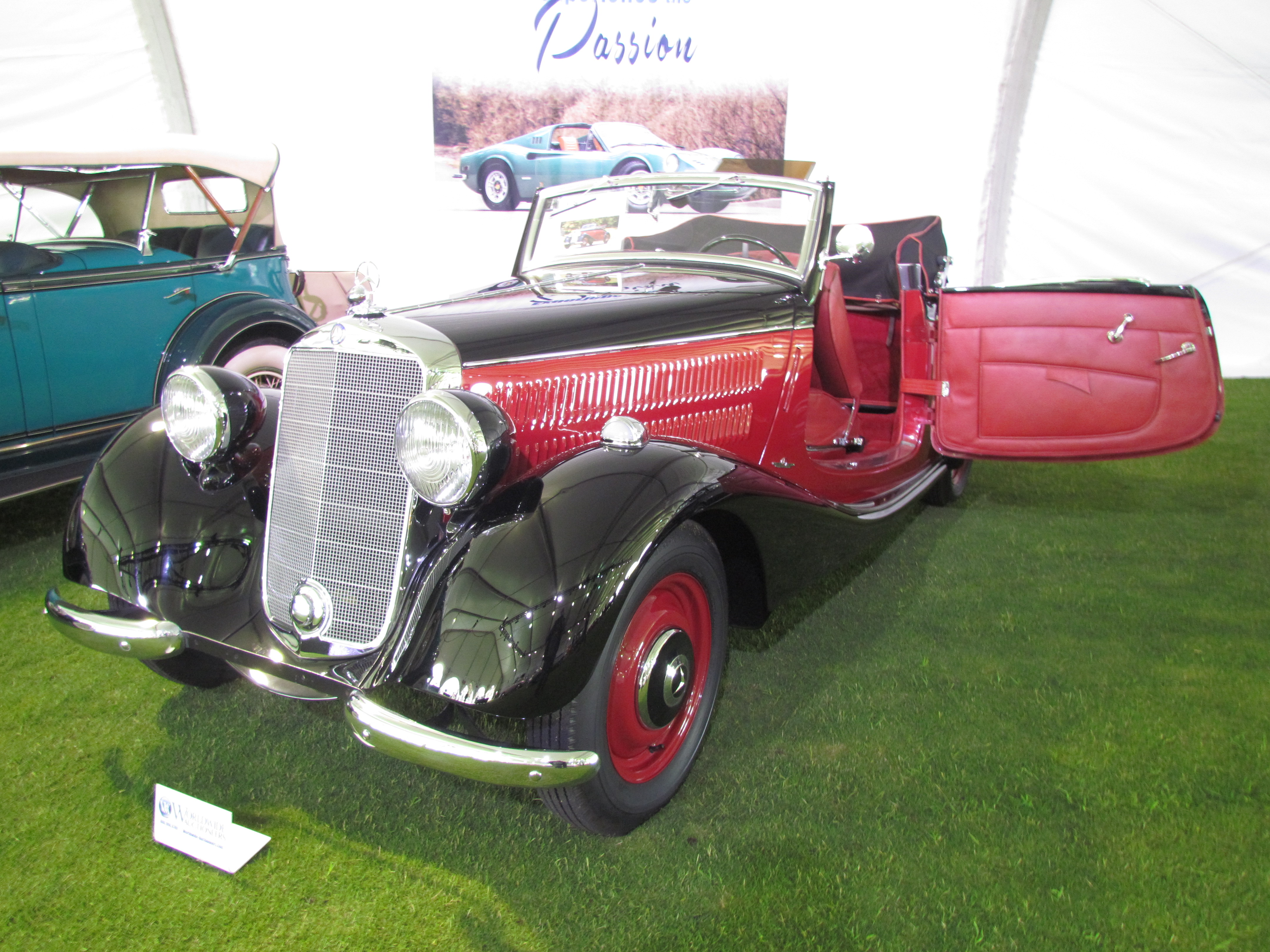 Speaking of proportions, I like the compact stance of this car, which formerly was owned by American realist painter Jamie Wyeth. Yes, the son of Andrew and Betsy Wyeth, grandson of N.C. Wyeth and student of his aunt, Carolyn Wyeth. 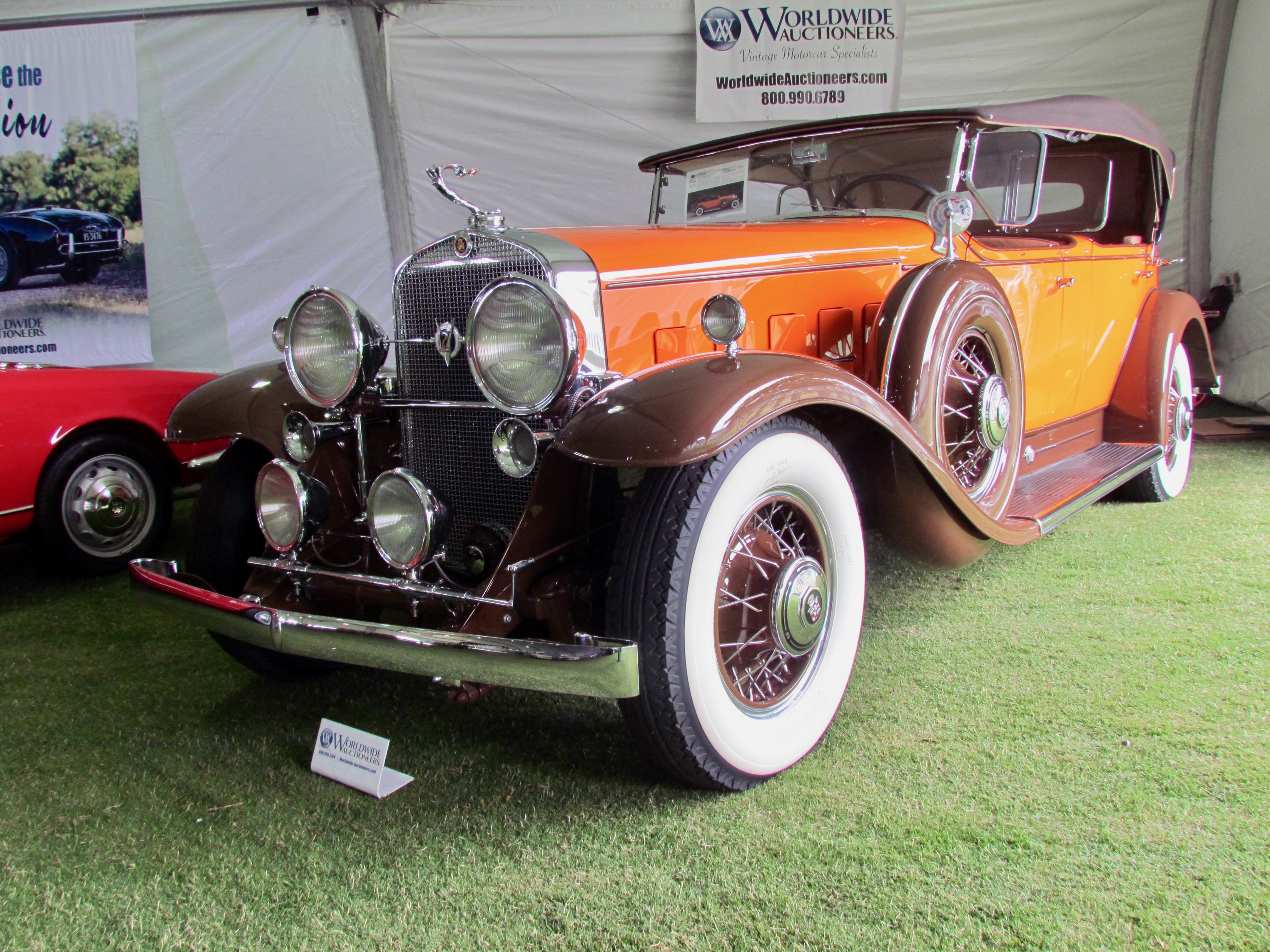 I was thrilled when I discovered this beautiful orange-colored classic Cadillac had been part of the collection of Dr. Barbara Mae Atwood, perhaps the predominant woman car collector of her era. She worked as a clinical counselor at two universities and was involved in environmental and animal protection charities. After her death in 2008, some two dozen of her cars were sold at RM’s Phoenix auction in 2009. 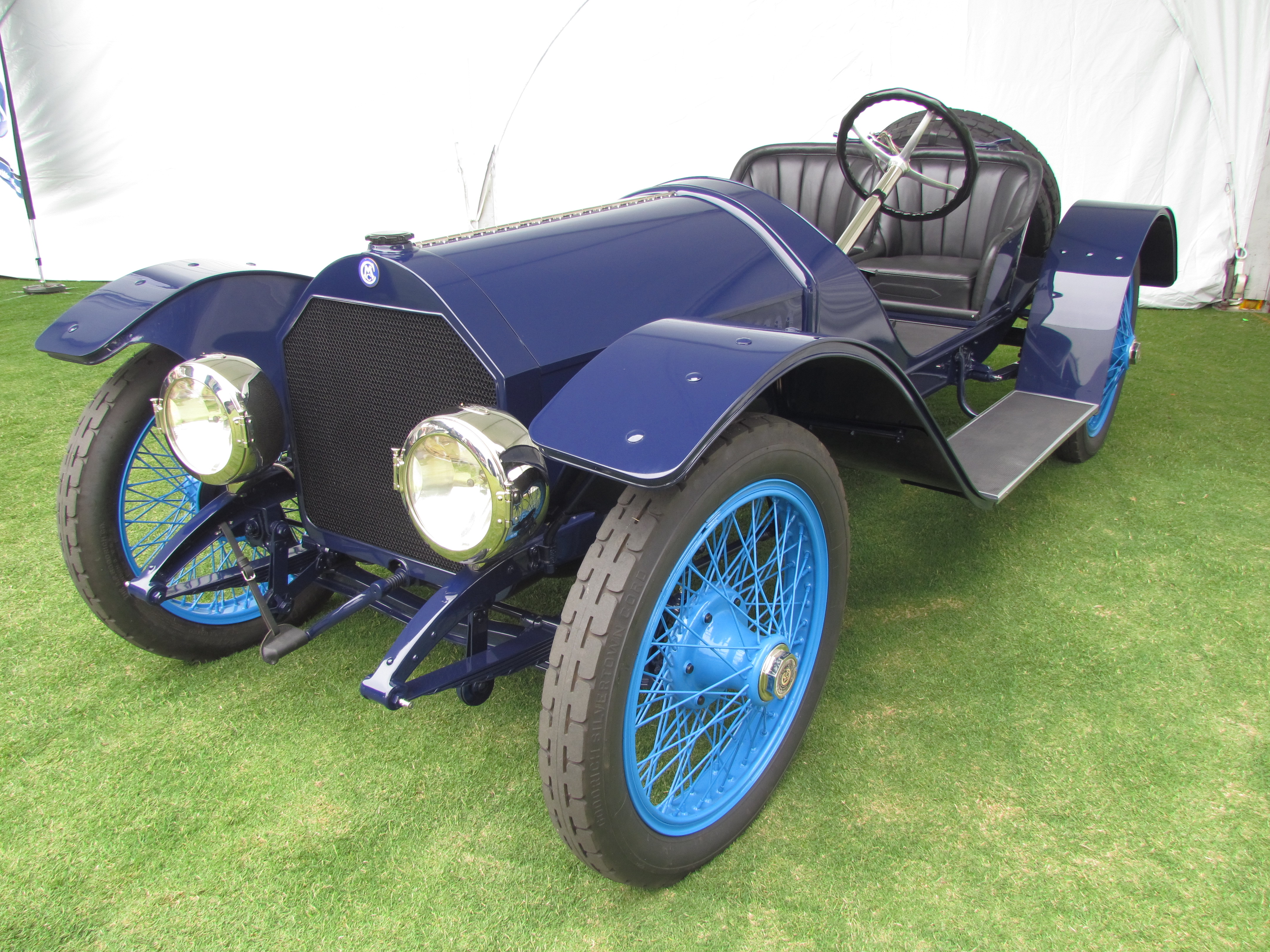 Though not part of the auction docket, Worldwide also has this 1915 Chalmers on its grounds. The car isn’t up for bidding but is being offered by “private treaty,” which means it’s for sale, and it seemed to be drawing quite a bit of attention while I was at the auction venue.